The 22-year-old winger had a shocking first season at Old Trafford following his £73million switch from Borussia Dortmund. 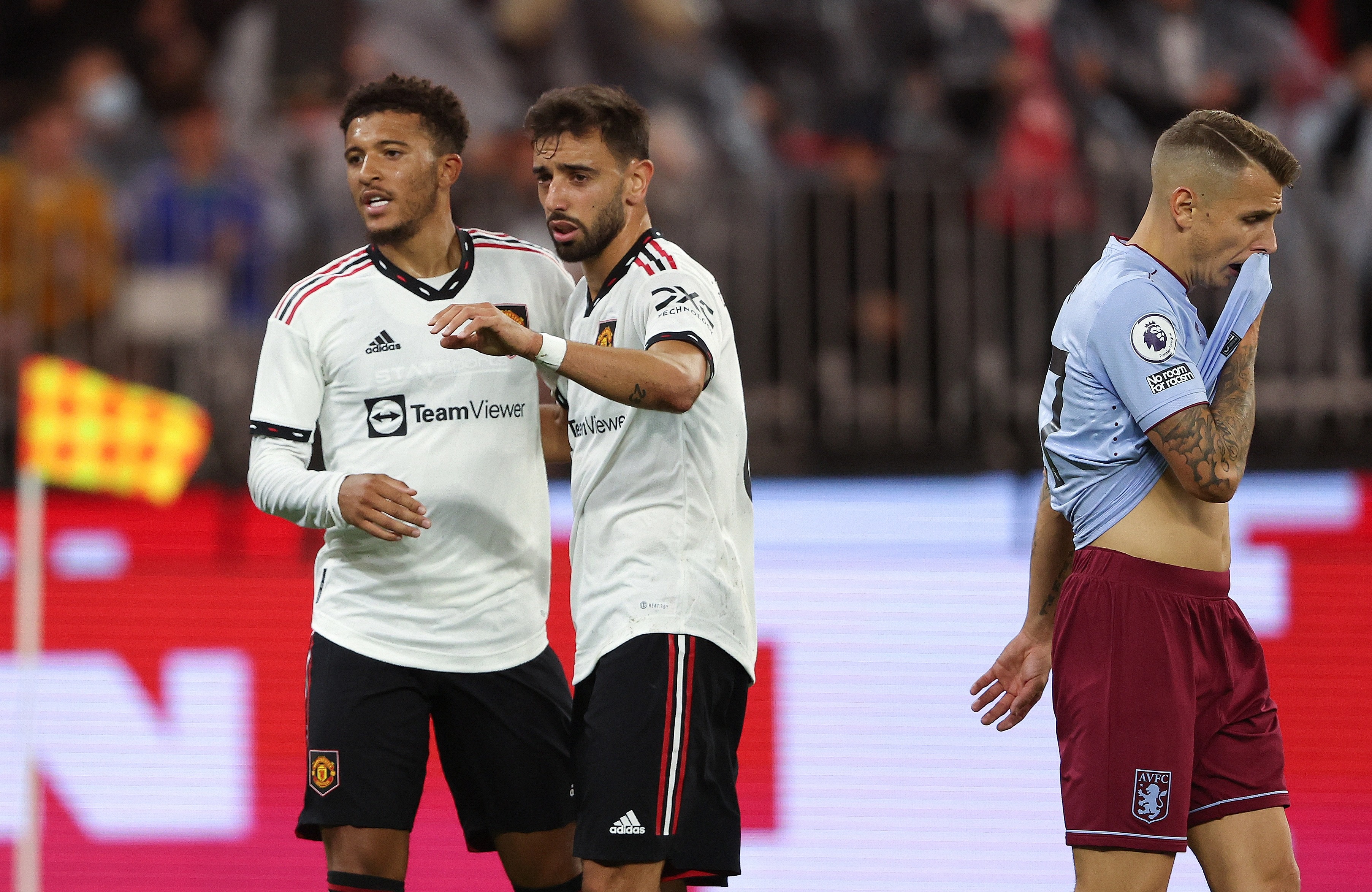 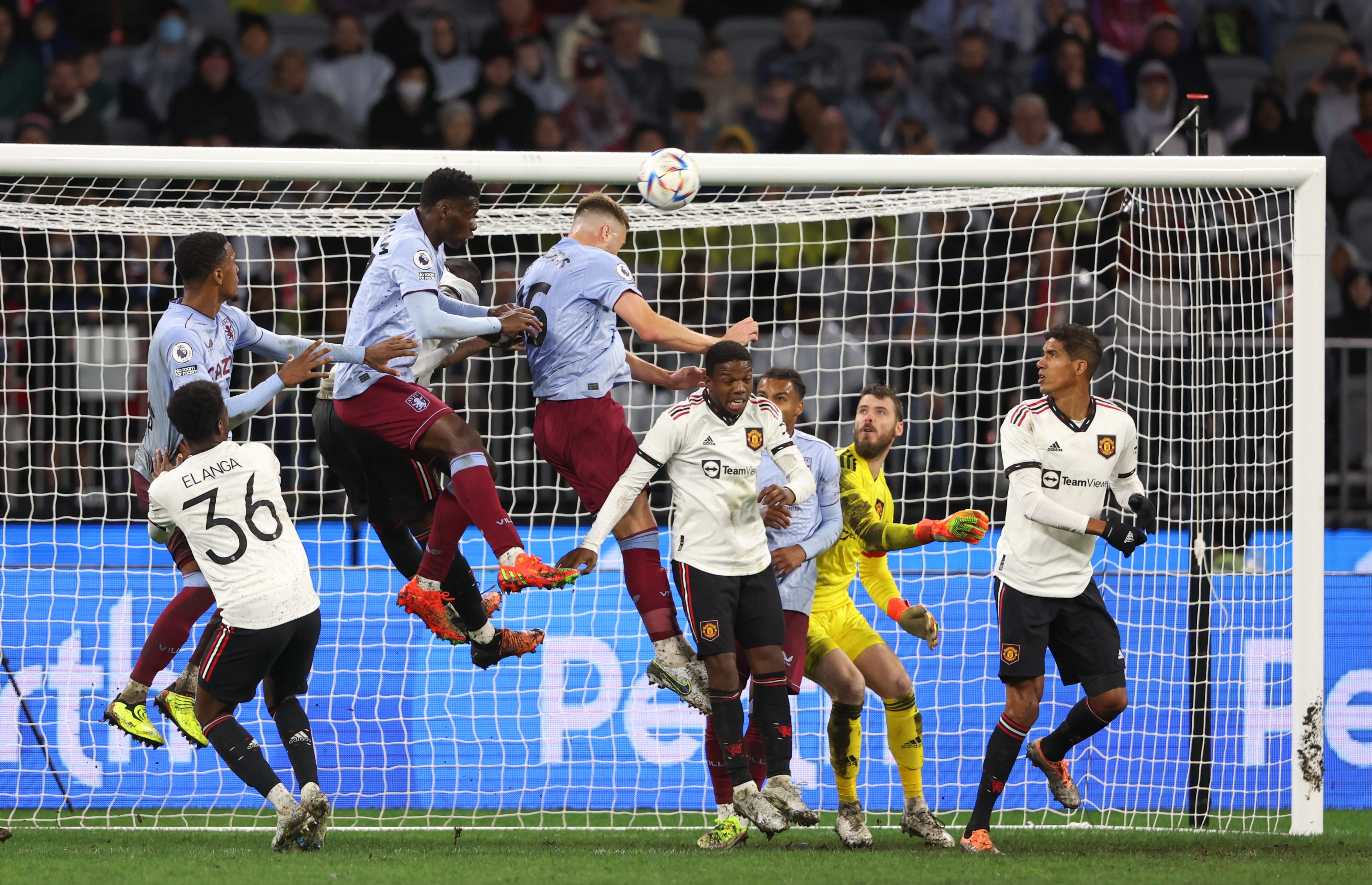 But he has been a player reborn under Erik Ten Hag on this tour of Bangkok and Australia.

In Perth he scored his third goal in four games having found the net against Liverpool and Crystal Palace.

He also provided the cross that forced the own goal second at The Optus Stadium against Aston Villa who would rally to grab a draw with the last touch of the game.

It has not just been the goals for Sancho but his dazzling wing play that has stood out on the tour – not least in his combination with Diogo Dalot down the right.

In a World Cup year it will be Sancho’s hope that this form will force him back into Gareth Southgate’s plans if he can take it into the new season.

After missing a shoot-out penalty in the Euros final he has figured just once for the Three Lions.

But in the early days of Ten Hag there is no doubting he is proving once more he has the ability to be in the England side.

His goal came on 25 minutes and was another great team move from Manchester United – who have impressed on this pre-season tour.

West Ham agree £30.5m transfer for Scamacca as Moyes finally gets his striker

Bruno Fernandes found Marcus Rashford whose cross was caught on the volley by Sancho, bouncing into the sodden Perth surface and past Emiliano Martinez.

That goal followed on from his cracking finish in Bangkok when he cut inside and fired into the far bottom corner for the opener against Liverpool.

Against Crystal Palace in Melbourne, he was put through by Anthony Martial and kept his poise one-on-one to finish.

He forced the second on 42 minutes when his cross was met by Rashford and the ball bounced in off Matty Cash.

Aston Villa would get back into the game with an impressive second half performance.

Just four minutes into it substitute Leon Bailey ran half the length of the pitch, cut inside Victor Lindelof and finished.

Sancho then almost forced another own goal when Dalot's pass down the right allowed him to race away.

His cross was intercepted by Ezri Konsa’s outstretched leg and needed a great save from Martinez to stop it going in.

Back at the other end Villa came close to an equaliser from Bailey when he went round David de Gea and slid a shot goalwards from a tight angle, only for United captain Harry Maguire to intercept.

With the last touch of the game Villa did draw level.

It was injury time and Bailey’s corner was met by a thumping downward Calum Chambers head that evaded De Gea and the whistle went as his Villa teammates congratulated him. 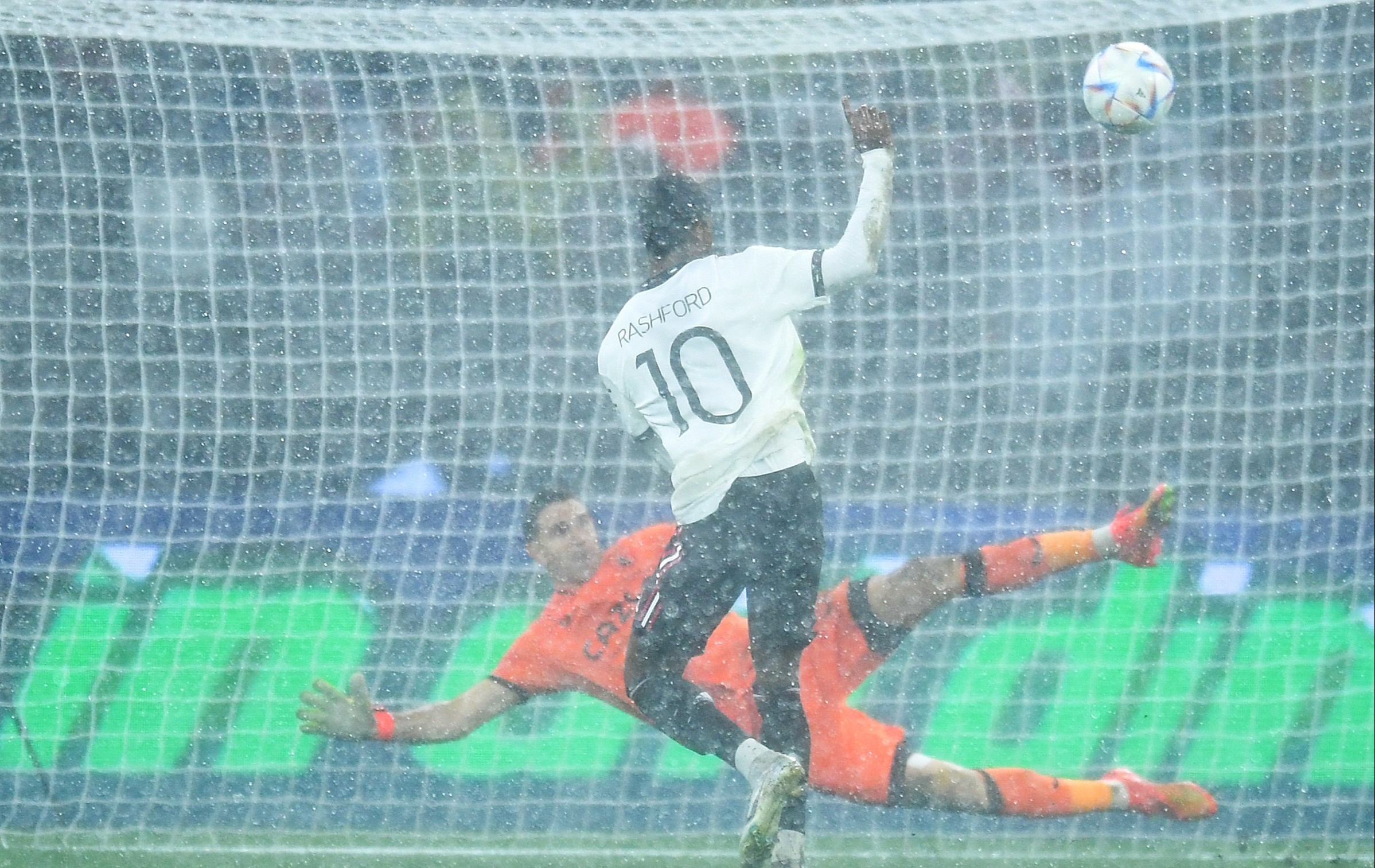 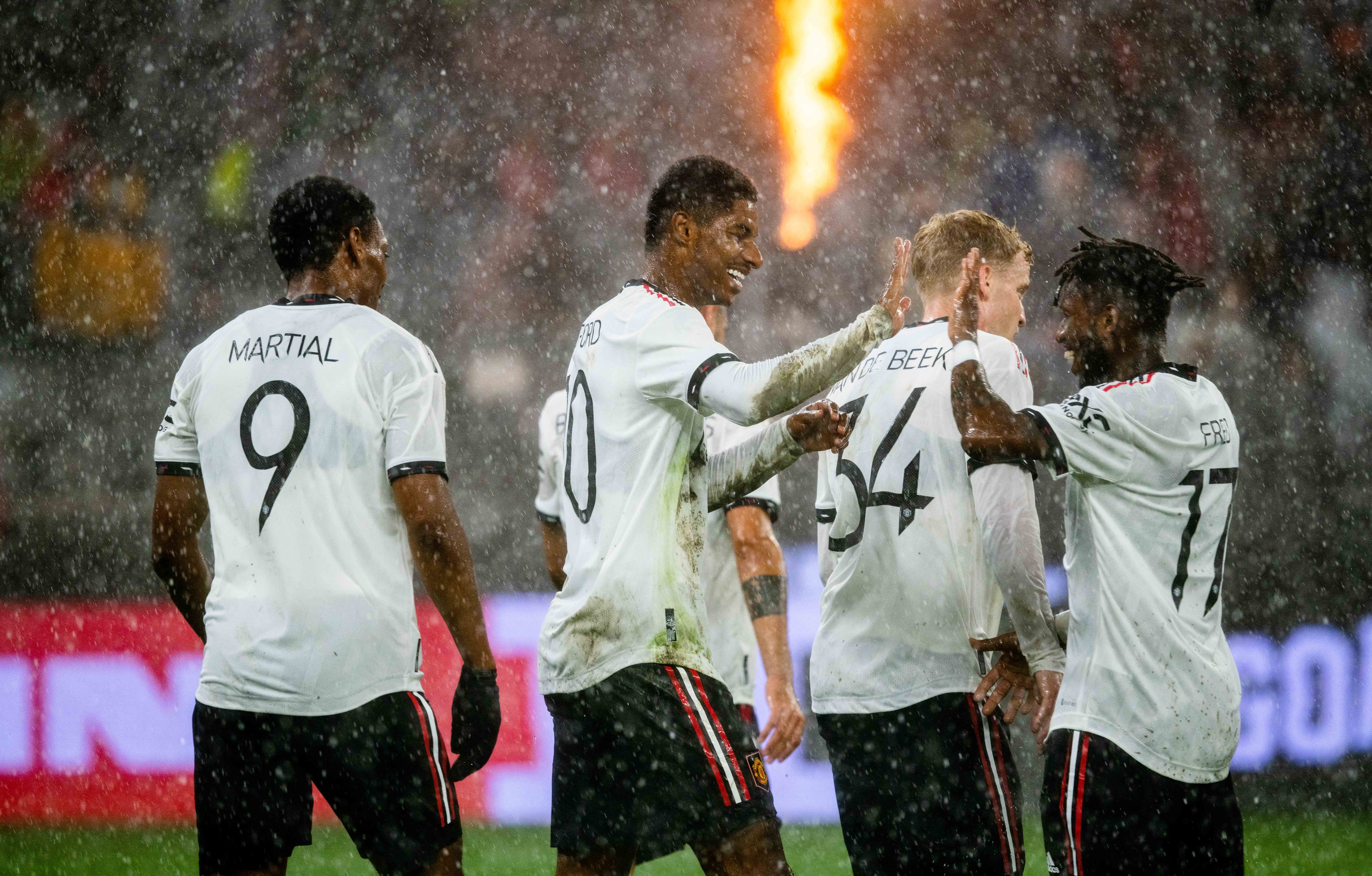 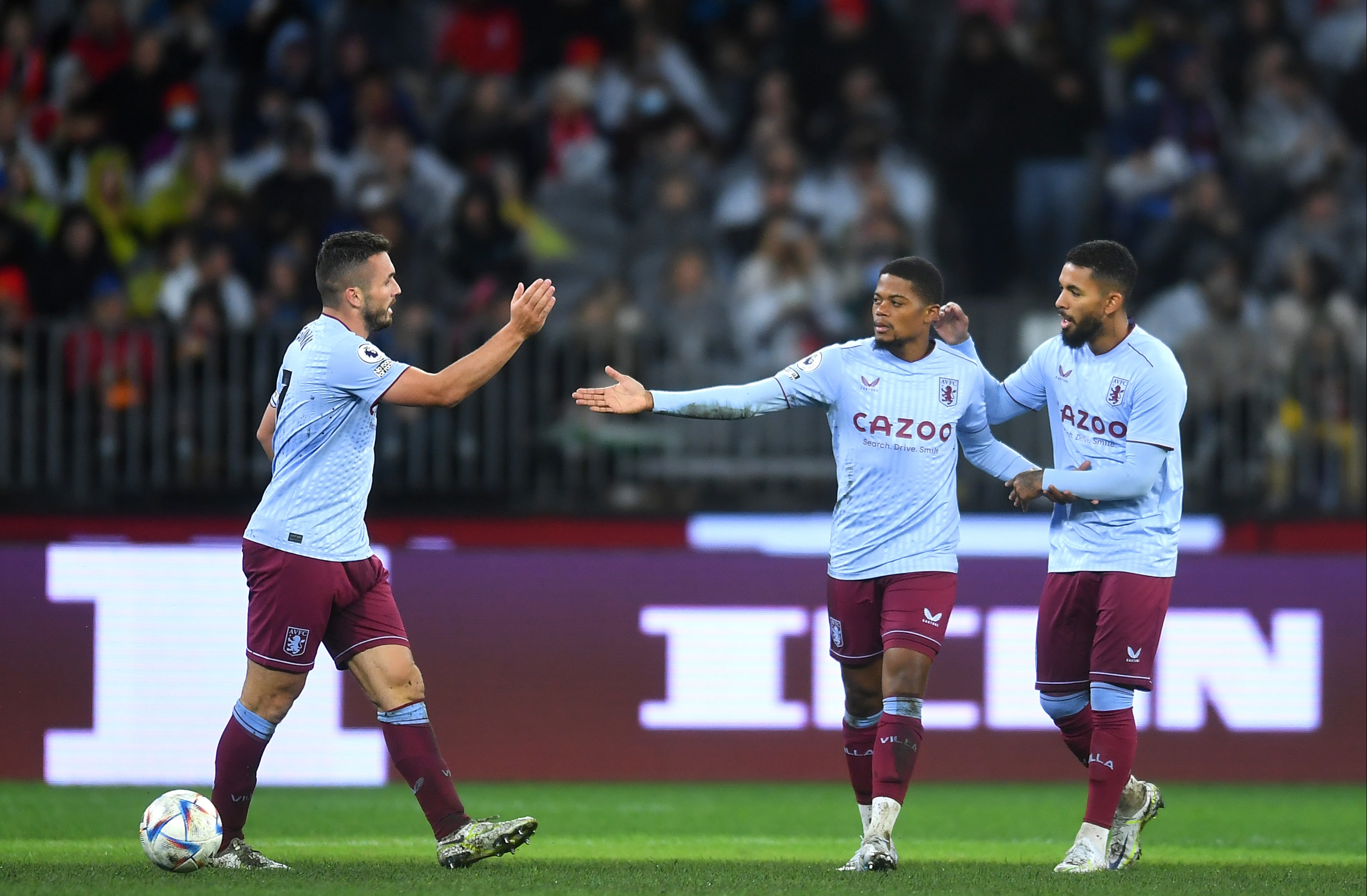