MANCHESTER UNITED, Arsenal and Chelsea’s staggering losses for the 2019/20 Premier League season have been revealed.

Finances in England’s top flight took a huge hit when the coronavirus pandemic brought football to a standstill last year. 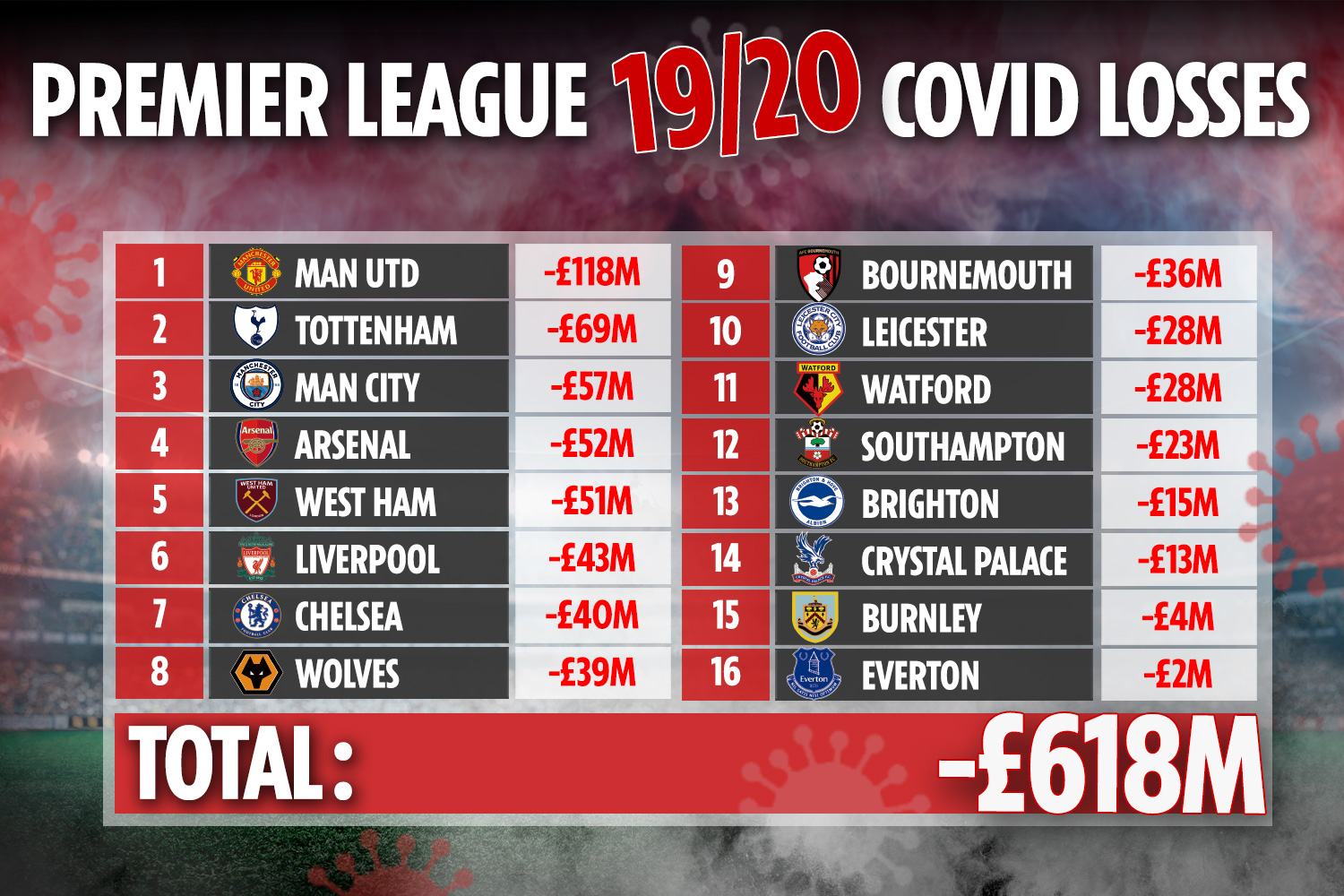 There were no games in over three months as clubs scrambled to reshuffle their finances.

And fans are only just getting used to returning to stadiums in numbers once again.

As a result, there were massive drops in revenue for every Premier League club in the 19/20 campaign – bar the three teams promoted from the Championship.

Excluding Aston Villa, Norwich and Sheffield United, who all benefitted from new lucrative TV deals, the other 17 teams saw a combined loss of £618MILLION due to Covid-19.

According to Swiss Ramble, United had the biggest loss in the top flight, numbering £118m.

And next in line were Tottenham with a deficit of £69m.

Yet Liverpool and Chelsea did not escape, with respective losses of £43m and £40m.

And Burnley also suffered little effect with a loss of only £4m.

But Villa, Norwich and Sheffield Utd were unaffected following their promotion to the top.

And all clubs will be looking to the future as fans return to stadiums in their droves.