The Sky Sports pundit was at The Amex to co-commentate the Cityzens’ clash against Brighton. 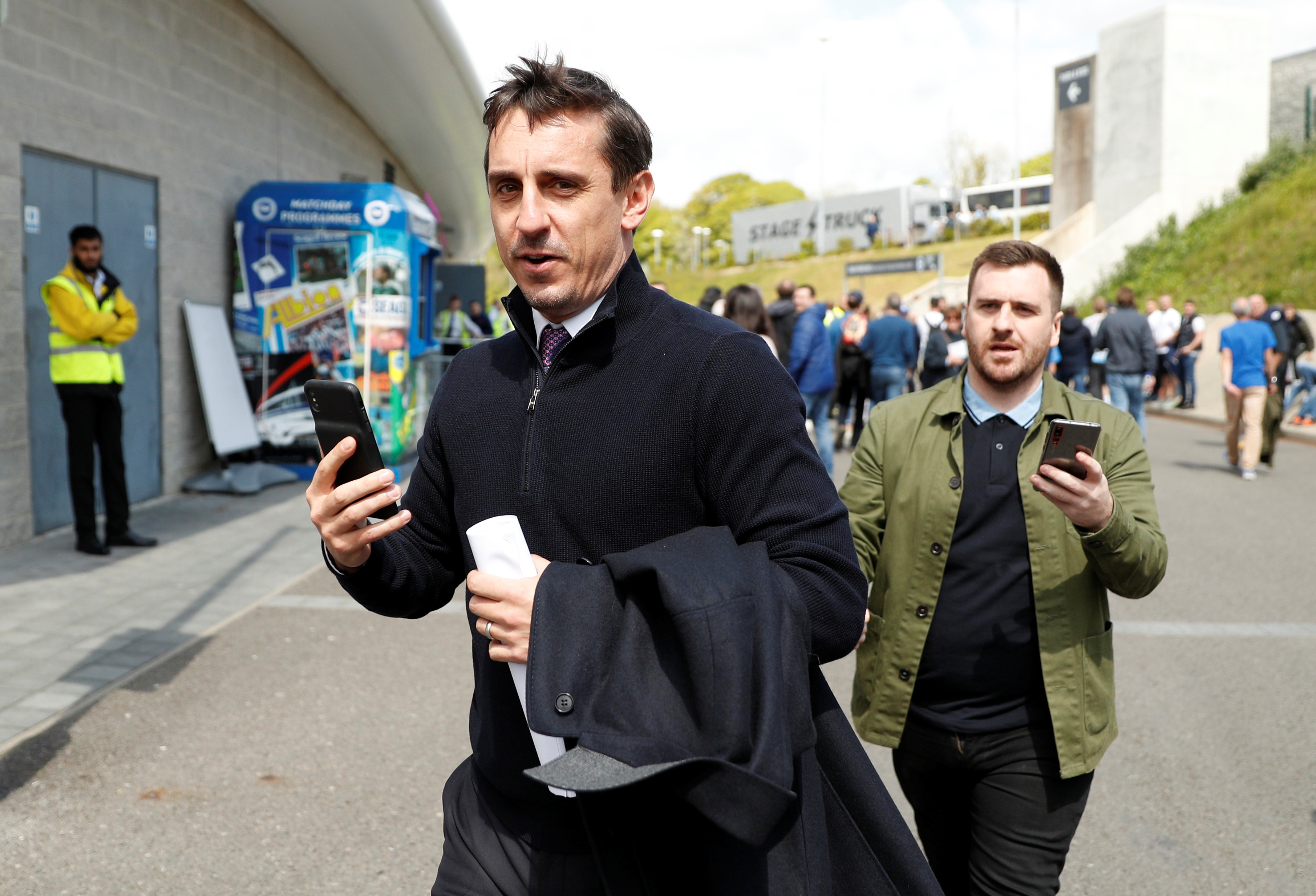 Despite playing over 400 matches for neighbours United, the 44-year-old Neville had made no secret of his desire to see Pep Guardiola’s men secure a second-successive Premier League title at the expense of arch rivals Liverpool.

City did just that, thrashing the Seagulls 4-1 on the South Coast to earn a fourth championship in eight years and keep the Kop waiting for that elusive Premier League title.

However, even though he was rooting for City, Neville was still targeted by a minority of their supporters outside the stadium.

And he could be left re-thinking his decision to back The Etihad outfit after he was shockingly targeted in Brighton.

Footage recorded on Snapchat has now gone viral of the ex-England full-back being forced to dodge pints hurled by hostile fans.

It is unclear whether the incident occurred before or after the game but it will no doubt leave a sour taste in the mouth of Neville.

As he makes his way through the crowd the first drink appears to hit him on the shoulder.

Neville turns around to confront the culprit before a number of fellow fans attempt to defend him.

Red Nev then expertly dodges another drink slung at him as police arrive on the scene while he makes his way out of the area up some stairs.

While many condemned the behaviour, there were more than a few Liverpool fans revelling in it after his vocal backing of City in the title race.

One tweeted: “Yeahh well that’s what he deserves for being a biased pundit. I understand the United-Liverpool rivalry, but trying so hard this season to cheer for city was just immature and unnecessary. Do your job without a side for personal opinions and emotions.”

Another said: “Sorry to see that your new club behaved so disrespectful toward you today. I mean that behaviour is just really unnecessary? Hope you now understand that the blue half of Manchester hates you as much as the Red half of Liverpool. But you carry on City your bro's.”

While another commented: “Can’t believe his second club would treat him so badly.”