JESSE LINGARD currently has the best goal and assist record at West Ham in history after his flying start.

The playmaker joined the Hammers from Manchester United on loan in January, since reviving his career. 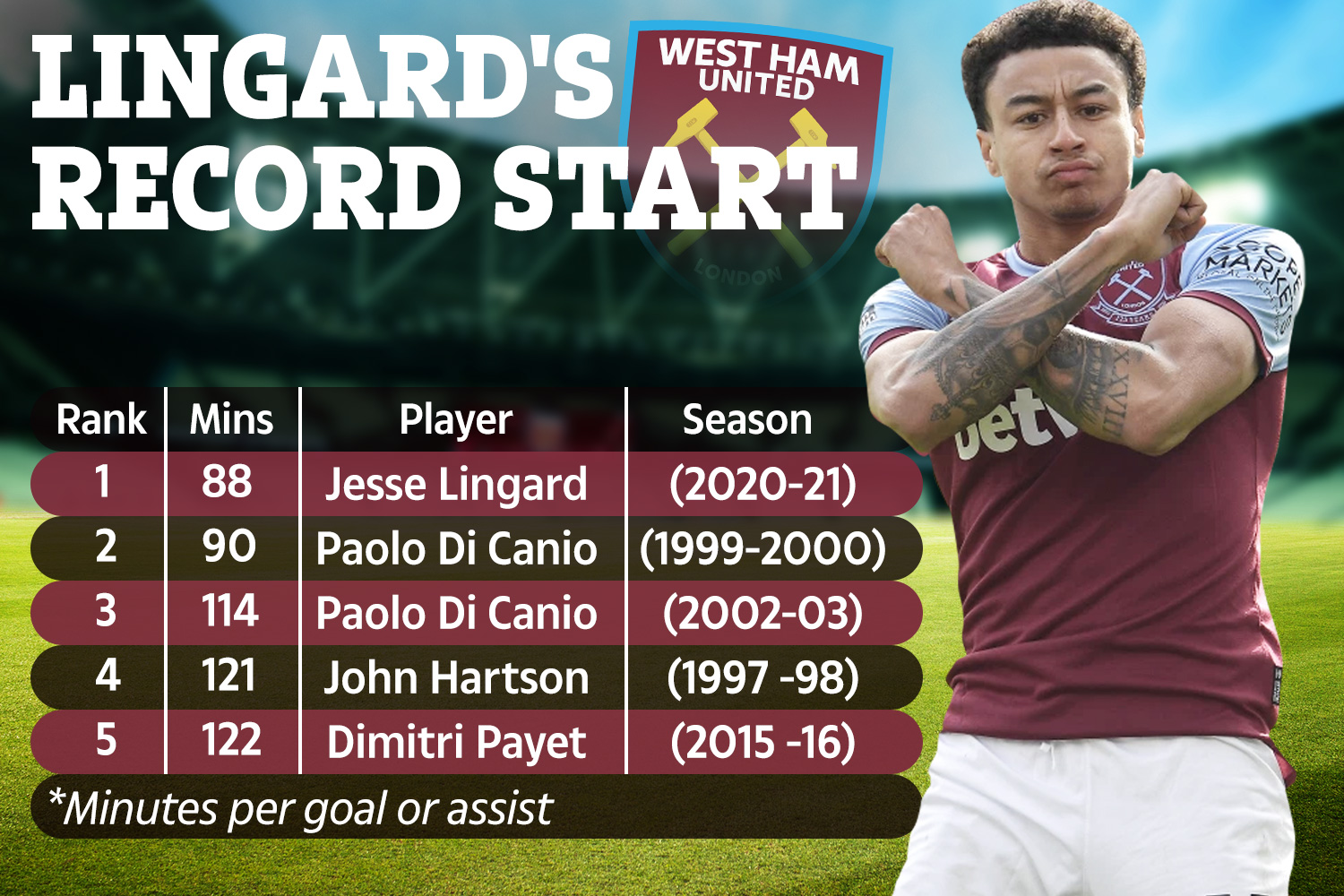 So much so, that he is averaging a goal or an assist every 88 minutes.

And according to Opta, it is the best ever ratio by a West Ham player in a single campaign in the competition.

That is from a minimum of 500 minutes, and Lingard is ahead of club legend Paulo Di Canio at the moment.

With with five goals and two assists in 617 minutes, Lingard currently leads the way with a contribution every 88 minutes.

Lingard's form has been so impressive, he earned a call up to Gareth Southgate's England side for their trio of World Cup qualifiers.

He started against San Marino and came off the bench in matches with Albania and Poland.

Lingard, 27, is now competing for a place on the plane for the delayed European Championships in the summer.

The forward was a fixture in Southgate's midfield in the 2018 World Cup, even scoring against Panama.

And it was his past performances which Lingard turned to for motivation during the nation's first lockdown last year.

He revealed: "There was a time in lockdown when I just looked back at some old England games, and games that I played well in for United, just to get the fire in my belly again.

"Since coming here I've had targets written down on a board and until I hit them, I won’t be fulfilled."