Pogba provided a FOUR assists as he carved Leeds open for fun in what was a devastating display from Ole Gunnar Solskjaer's side. 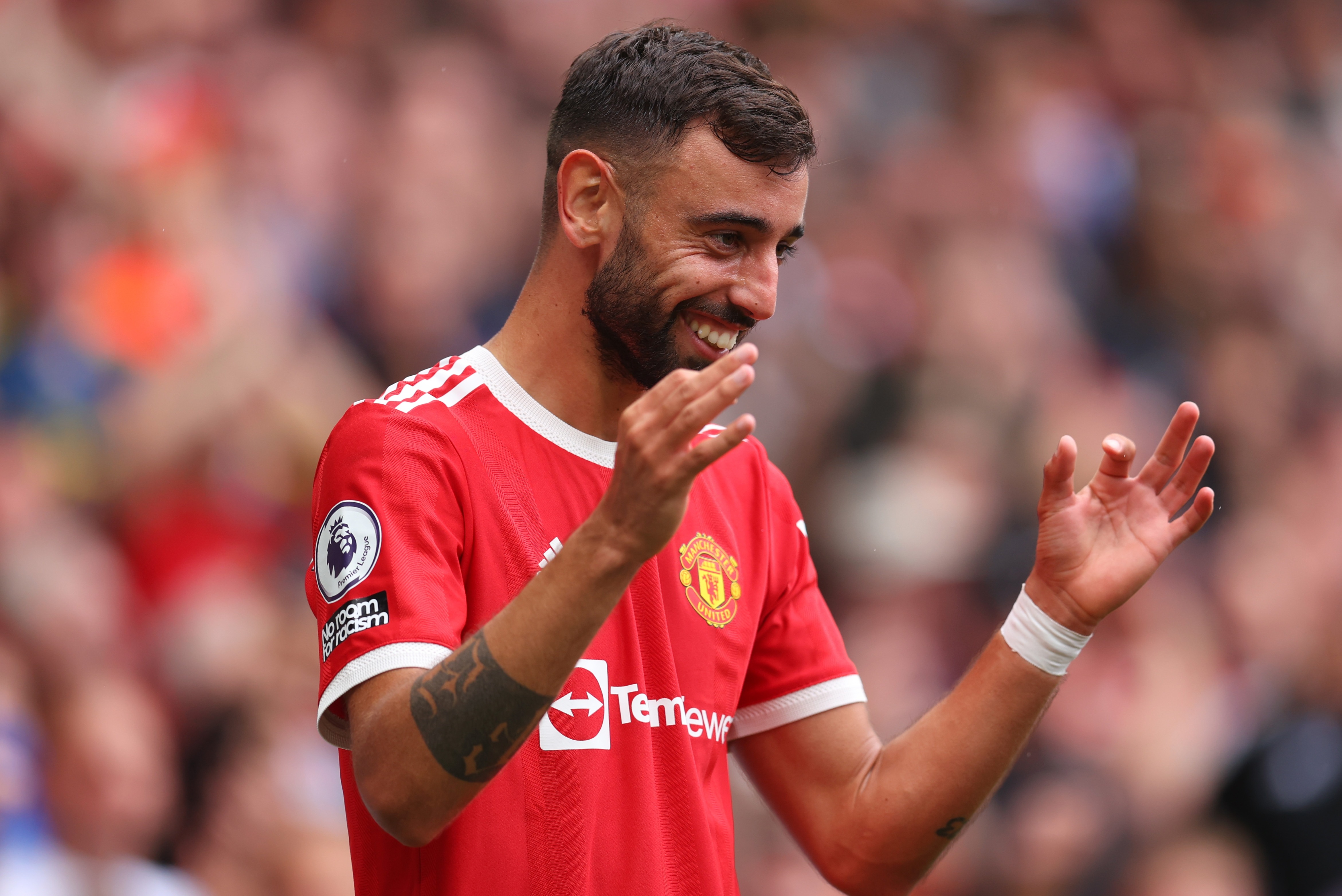 Fernandes sealed a hat-trick as he opened the scoring in the first half before killing off Leeds' hopes of a comeback with two goals in the second-half.

Greenwood put the Red Devils back in front with a deadly strike before Fernandes scored two in quick succession.

Fred then got in on the act to make it 5-1 as he tucked away Pogba's cross from close range.

With Dean Henderson ruled out after testing positive for Covid-19, the stage was set for De Gea to clinch his place in the staring XI.

There was little the Spaniard could do about Luke Ayling’s equaliser as his long-range effort arrowed into the top corner.

But despite conceding, De Gea dealt with saves you’d expect him to make comfortably and was also consistent with his distribution, providing a solid base.

Leeds' Jack Harrison and Stuart Dallas both struggled to build anything meaningful on his side of the fied.

The England international made some strong interceptions and kept Patrick Bamford quiet.

He commanded the back four and provided a strong base at the back.

After seeing Raphael Varane being announced before kick-off, Lindelof put in a solid performance and provided a clinical assist.

The Swede's pass is one Pogba would have been proud of as Fernandes was able to thump it home.

Luke Shaw carried on his form from Euro 2020 with countless darting runs in the final third.

He popped up in promising areas but his final ball was slightly off the mark.

This fierce rivalry brings the best out of McTominay.

The Scottish midfielder burst into the Leeds box inside the opening two minutes and forced a huge block from Liam Cooper.

He flew into tackles and stopped Leeds from playing int he middle of the park.

Fred was fairly quiet throughout but was right on cue to burst into he box and get on the end of Pogba's fourth assist.

He arrived late and unmarked to side foot the ball home to wrap up the win.

The Frenchman caught Leeds' man-marking off guard with a wonderfully weighted first-time through ball to Fernandes for the opening goal.

And then four minutes after Leeds' equaliser he picked out Greenwood with a sweeping long ball, deep from within his own half as United established their lead.

Pogba then slipped the ball to Fernandes for the third before teeing up Fred with a low cross for the fifth and final goal, to round off a spectacular performance.

Fernandes kicked off his season with a terrific hat-trick after finishing the last campaign as the Red Devils' top scorer.

The Portugal international burst behind Leeds' defence before firing the opening goal through the keeper's legs.

United's talisman evaded Leeds' man-marking system on numerous occasions and made them pay.

Fernandes' second saw him swivel in the box, putting the keeper and a Leeds defender on their backside before his lashing his shot on target.

His attempt was blocked on the line but goal-line technology showed the ball had narrowley crossed the line.

The 26-year-old then capped off his hat-trick with a thumping first-time finish into the roof of the net as he latched onto a precise pass from Victor Lindelof.

Following the high-profile arrival of Jadon Sancho, it was big opportunity for Dan James to show what he's all about.

The Welshman started brightly and he was able to stretch Leeds' defence and exploit spaces in behind.

But after getting in dangerous positions he was unable to punish Leeds as wasted strong shooting and crossing opportunities.

Mason Greenwood led the line tremendously for United as he put the Red Devils back in front.

He showed his blistering to pounce on Pogba's long ball before firing the ball into the back of the net off the post.

The teenager was a handful for Leeds and also did a good job of pressing Leeds' back four.

Greenwood's performance showed he's capable of sharing responsibilities with Edinson Cavani up front, as interest for Harry Kane and Erling Haaland continues to be rumoured.

Man Utd fans cheered the introduction of Sancho as if they'd seen another goal.

He didn't have many touches on the ball but he showed flashes of slick dribbling as Leeds were desperate to see the final whistle.

Anthony Martial was unable to make an impact in the game as Man Utd comfortably saw out the latter stages.

But he will find it hard to break into this line up if the attack maintain this form.

The experienced midfielder maintained Man Utd's dominance in the middle of the park and kept the pressure on.