MANCHESTER UNITED will reportedly send a scout to watch Kalidou Koulibaly and Nicolo Barella this weekend.

Koulibaly's Napoli host Barella's Cagliari in Serie A on Sunday, giving the Red Devils the perfect chance to have a look at both players. 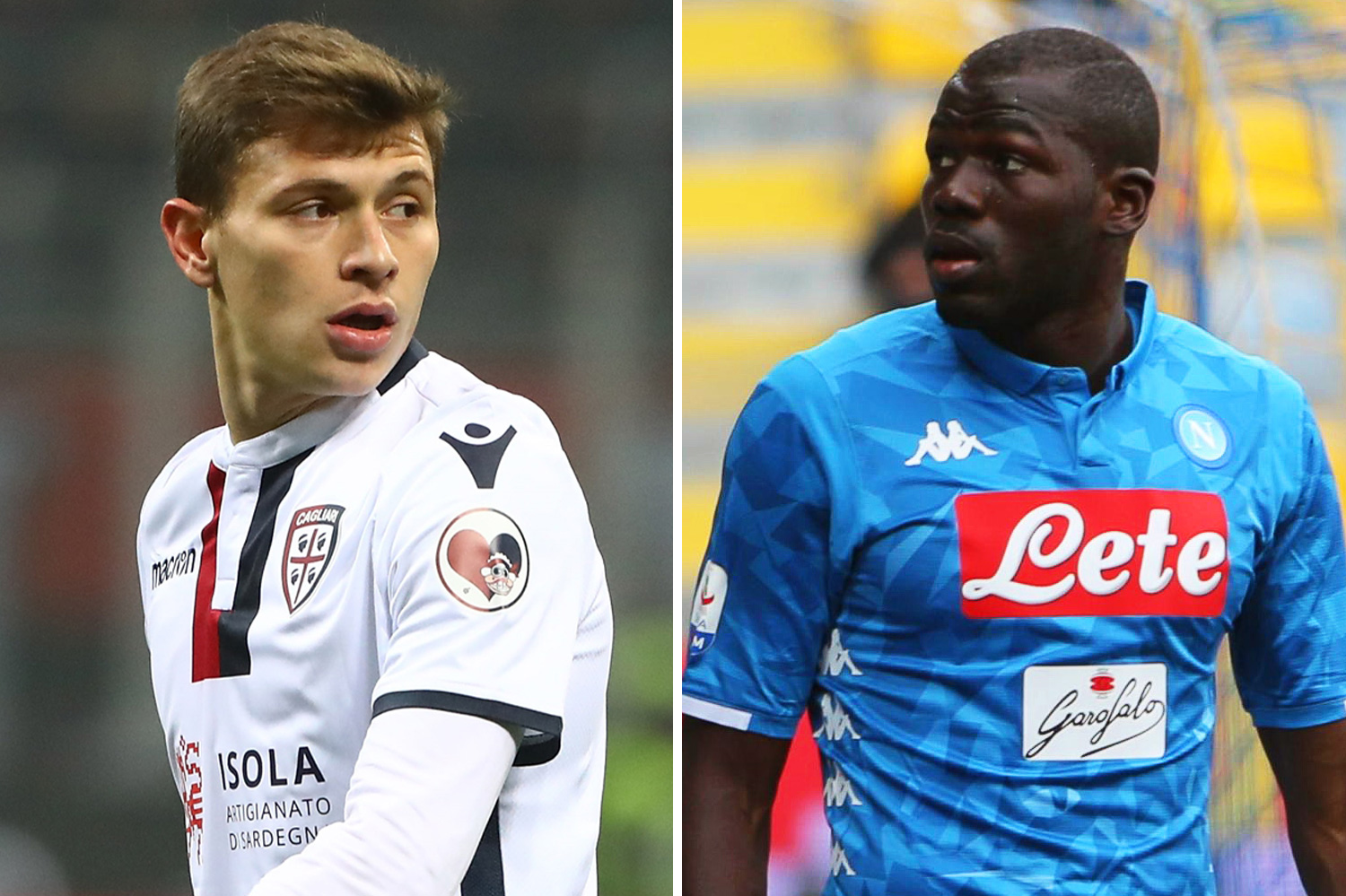 And according to Italian journalist Nicolo Schira, United will have their man in the stands to give an assessment.

Koulibaly, 27, has been a long-term target for the Old Trafford club as they continue to struggle with problems at centre-back.

It is very much a priority for United this summer after already conceding 51 goals in the Premier League this term, more than in any other previous season.

But with the Naples club wanting as much as £100million for the Senegalese international, Ole Gunnar Solskjaer will want to be absolutely certain Koulibaly is the right man for him.

Barella, meanwhile, is a top transfer target for some of England's biggest clubs this summer.

Arsenal have already sent scouts to watch the £43m-rated midfielder three times this season while Chelsea are also very keen on the Italian, 22.

He has forged a reputation this season as one of Serie A's most exciting young players – along with Roma prodigy Nicolo Zaniolo – with his ability to win the ball back, carry it forward and his dynamic energy to get up and down the pitch.

At Cagliari I play as a No10 and my game has probably developed a lot. I think more about making the best moves for the team and not myself.

Unlike most midfielders, Barella can be deployed in the No10 role or used to sit in front of the back four.

He said: "At Cagliari I play as a No10 and my game has probably developed a lot. I think more about making the best moves for the team and not myself."

And that will be music to the ears of Manchester United fans who are desperate for a box-to-box midfielder to shake up the side.

The Serie A clash on Sunday is unlikely to have much bearing on the final standings, despite there being another three fixtures to follow.

Napoli are eight points clear in second while Cagliari are sitting in mid-table in a cluster of sides around the 40-point mark.

And hopefully it will be a chance for the two players to express themselves and show the scout what they are capable of.

But United will be desperate there is no repeat of their recent apparent mix-up.

It is understood the club sent two scouts, unknowingly to one another, to watch the same player in the same match.

But to make matters worse, they then gave very different reports, with one stating they should sign the player and the other saying he would not be good enough to play for the club.

Next Sunday a #ManchesterUnited’s scout will be in Italia to watch Nicolò #Barella in Napoli-Cagliari. #RedDevils are interested in him for the next season. Solskjear wants also #Koulibaly, but De Laurentiis doesn’t sell him (€150M is the evalutation). #transfers #MUFC #ManUtd