HAYLEY RASO helped Manchester City end their losing streak at home with the team sealing their first Academy Stadium win in the WSL this term.

The super sub’s two-minute brace was among the efforts that saw City crush Aston Villa in a 5-0 rout. 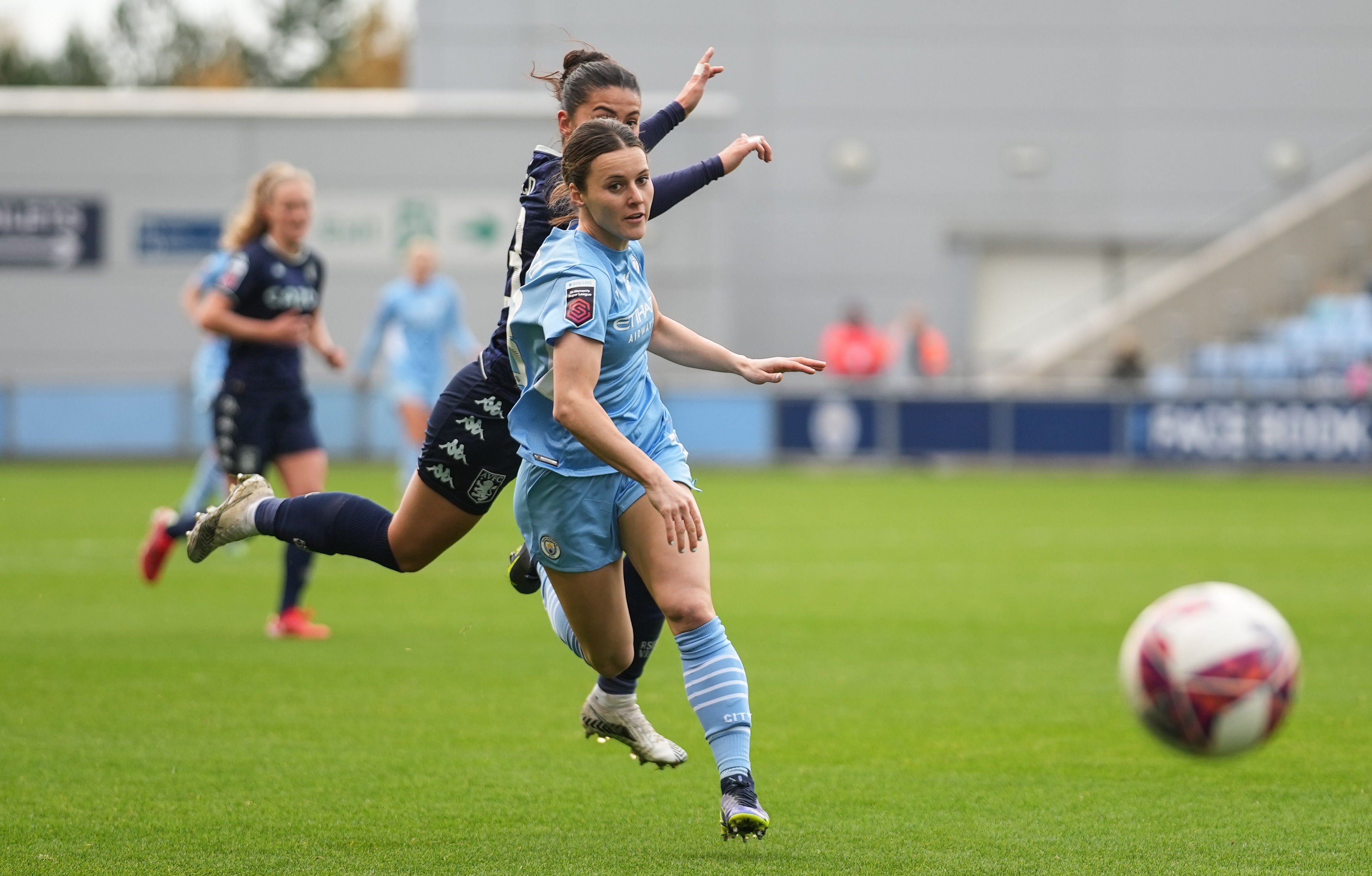 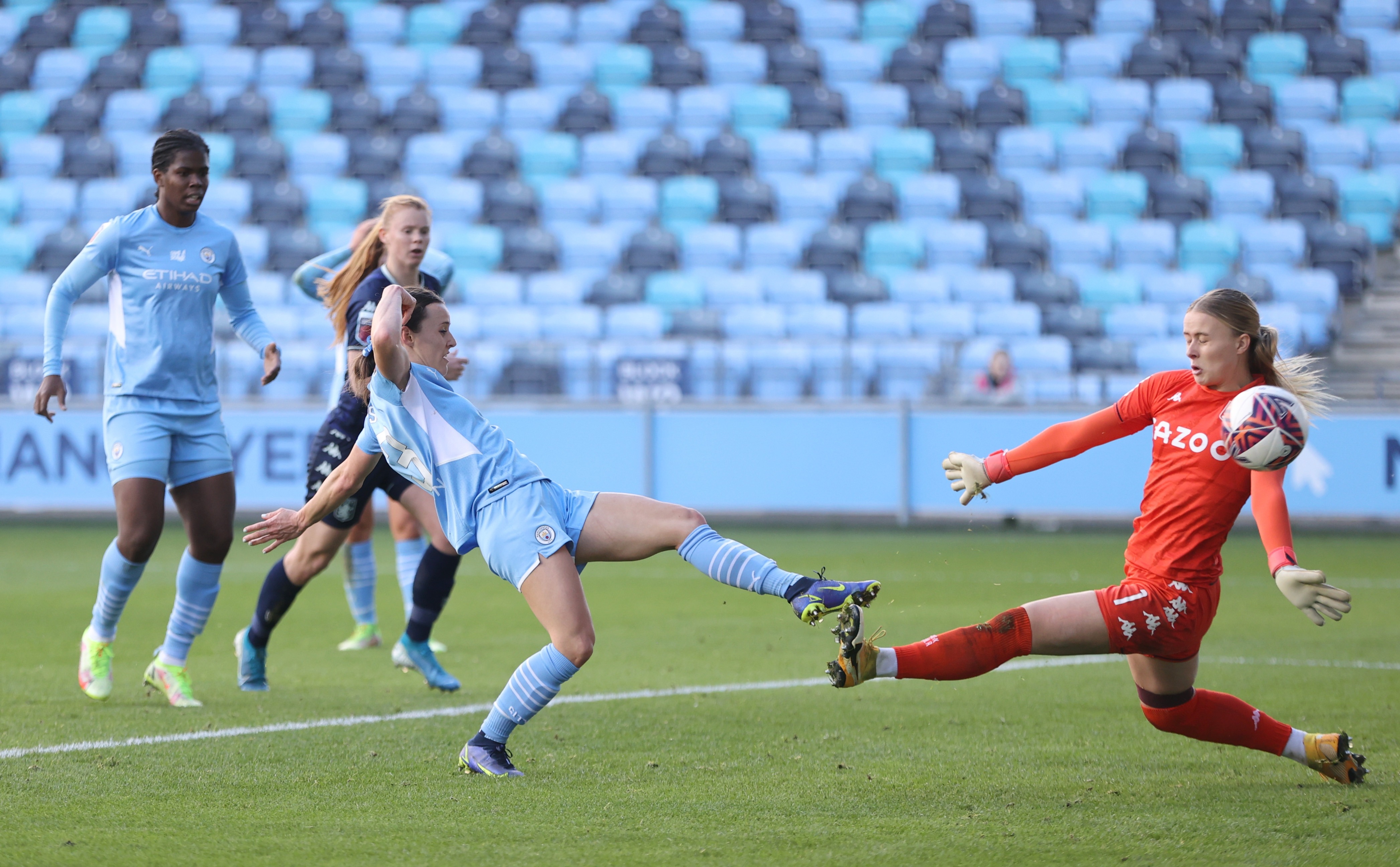 On the performance of Raso and her team-mates, Taylor said: “With Hayley, we've got an exciting player who's got bags of pace and bags of energy.

“I just think it was vital to win today and I spoke to the players about making sure we use this when we come back and remembering the positive energy that we showed.”

Before the match, Carla Ward said Villa would aim to frustrate their opponents.

And for the first 45 minutes, that plan appeared to work with City notching three shots on target.

An Ellen White effort prompted a brave stop from Hannah Hampton, with the England keeper coming out swiftly to swipe the ball from her feet in the 16th-minute.

And Keira Walsh’s curled effort flew over the bar several minutes later before Jess Park miscontrolled her volley in front of goal.

The hosts had a glorious chance to take a lead minutes before the half-time with White’s dinked effort prompting stunning flying save from Hampton who turned 21 this week.

The second spell saw City up the ante netting twice in two minutes.

If we'd stayed in our shape we might have done differently, but you have to try and test yourselves against these teams

And then Georgia Stanway’s hooked effort following a corner kick.

The visitors had a gilt-edged chance to reduce the deficit with substitute Emily Gielnik narrowly missing an opportunity to poke home Chantelle Boye-Hlorkah’s cross.

City went on to increase their lead with Raso netting in the 77th minute followed by Hemp’s tap-in moments later. 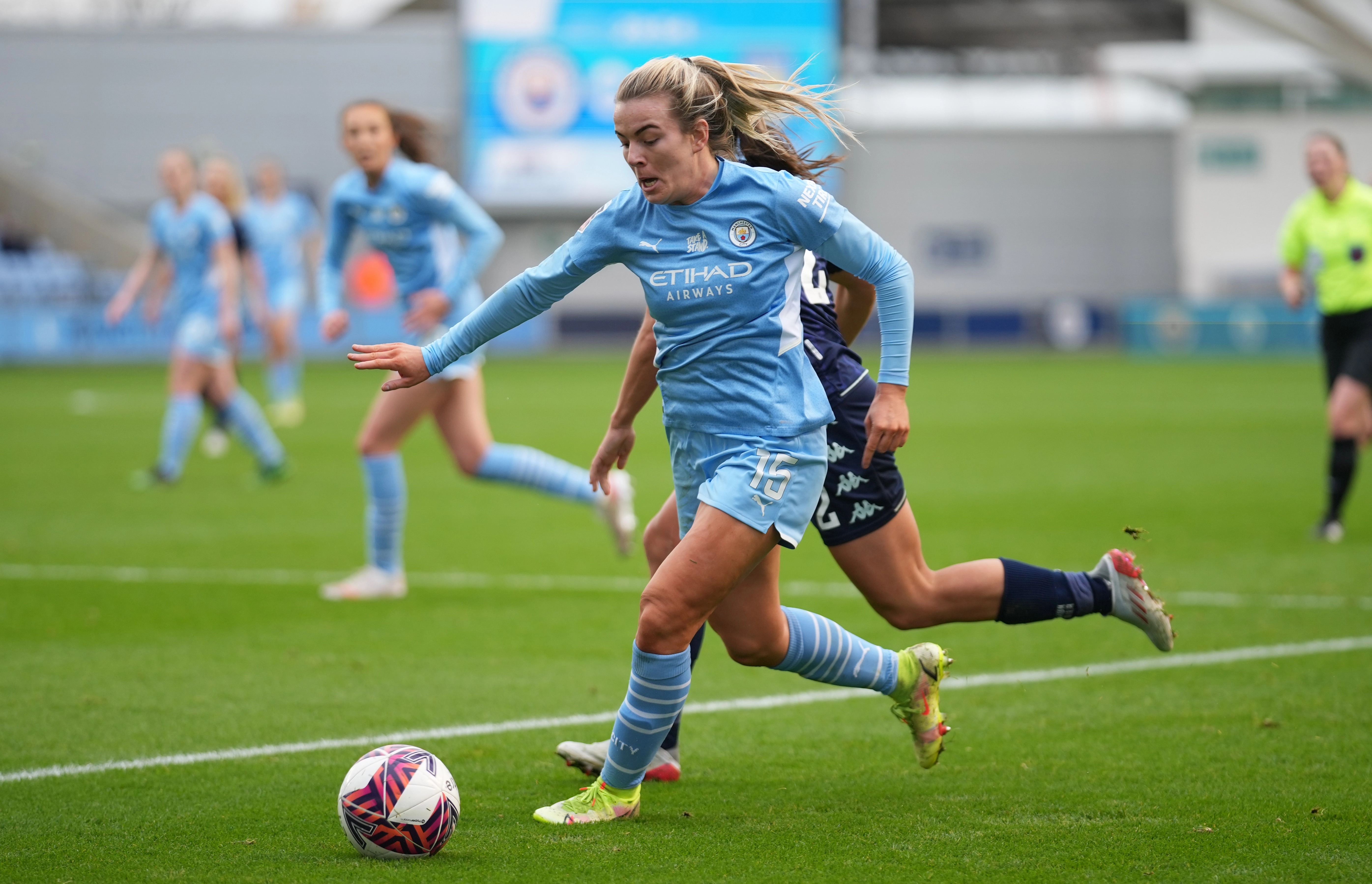 And Australia ace Raso wrapped up the win with her half-volley putting the hosts five up with Ward rueing formation changes to her side.

The Villa boss said: “We come in at halftime and we’re happy, but we had a disastrous second-half. Five minutes in we catch ourselves 2-0 down and that can’t. happen.

"If we'd stayed in our shape we might have done differently, but you have to try and test yourselves against these teams, and it's not worked out this time.”