OLE GUNNAR SOLSKJAER'S ten changes against Leicester backfired as his Man United side flopped in defeat.

Despite taking an early lead through Bruno Fernandes, United's defence without Harry Maguire was spectacularly exposed. 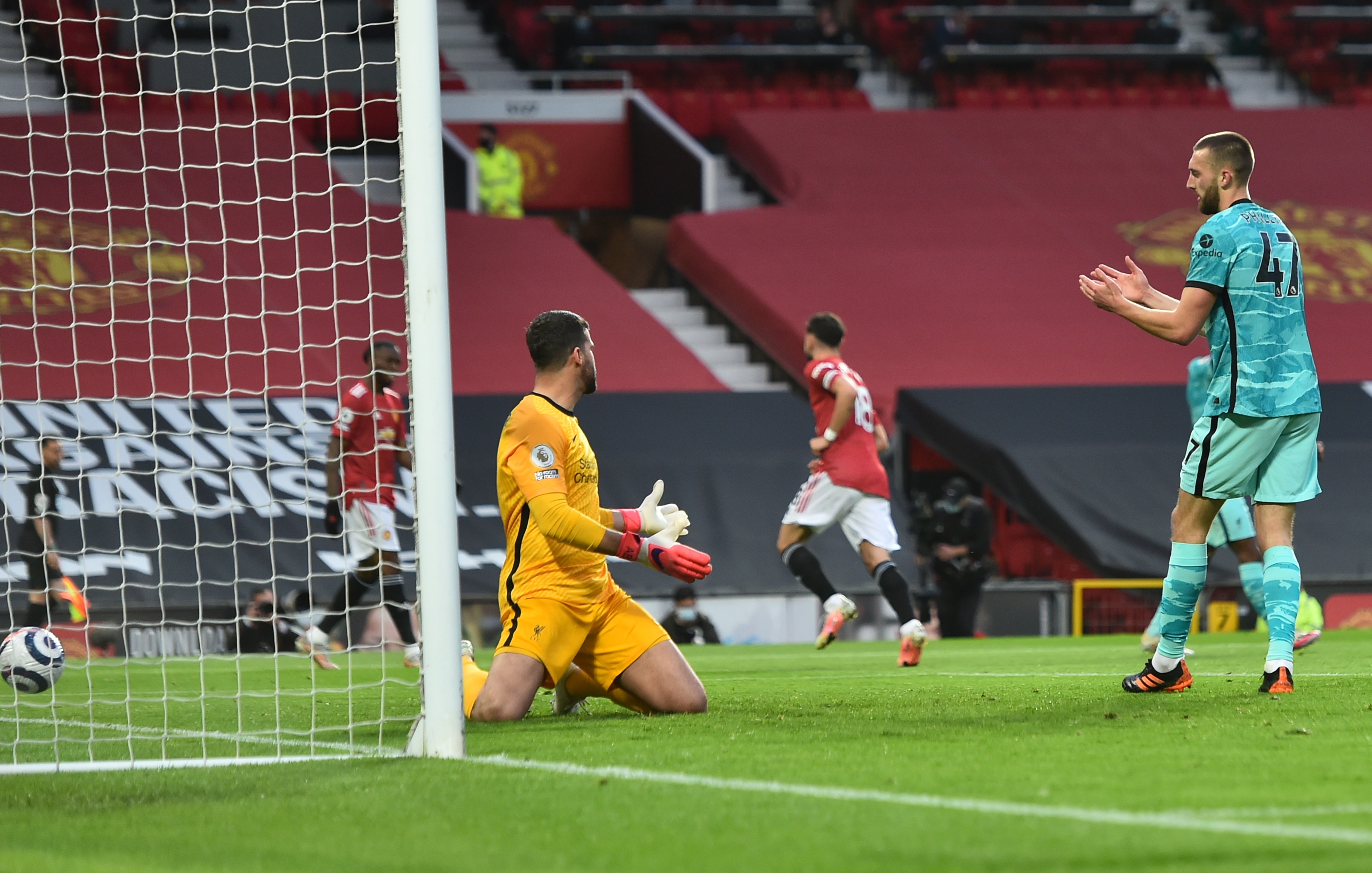 Trent Alexander-Arnold ripped the Red Devils apart down the right and played his hand in two goals.

Marcus Rashford got the hosts back into the contest but Mo Salah delivered the final blow late on.

In a night to forget for Manchester United, here's how SunSport's Richard Forrester rated Solskjaer's side.

Two important saves in the first half before it all fell apart.

Had little chance for Liverpool's two goals but was far from good enough for the third when he parried it into Firmino's path.

Question marks over his positioning for Liverpool's fourth.

Made a brilliant run beyond Liverpool's defence to assist the opener.

Didn't offer many other positive passages in play and gave it away in dangerous areas.

In the battle of England's right-backs, Wan-Bissaka was second best.

Heart in mouth moment when he was helped by VAR after making a rash tackle in the box.

United look nervy at the back with him in the side and showed why Lindelof is ahead in the pecking order.

Booked for a hack of Diogo Jota and was eventually subbed. 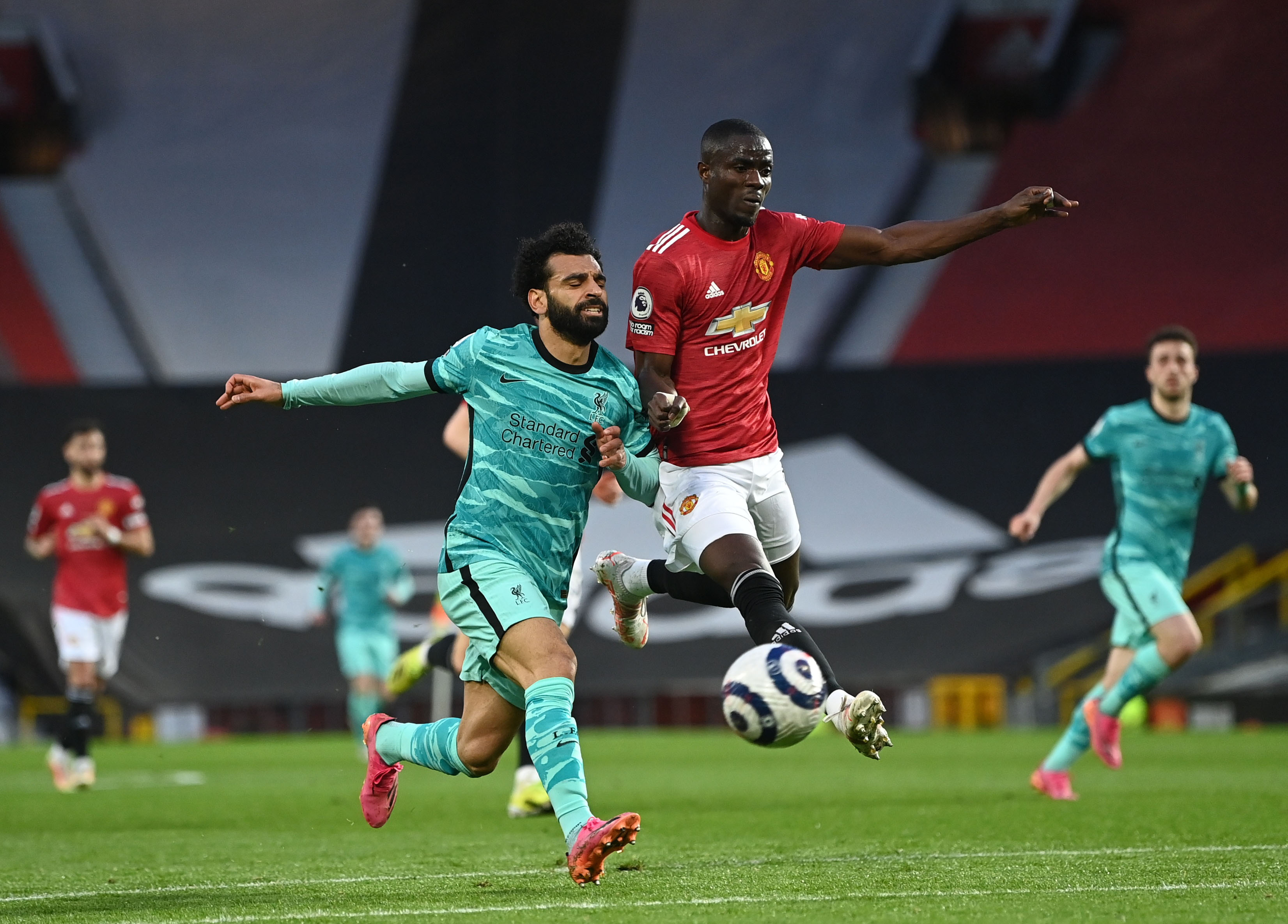 Was just one of four United players to make a hash of clearing the ball for Liverpool's third.

Looked lost without Harry Maguire alongside him.

Won't want to watch his performance again. Had a mare for Liverpool's third when running into trouble.

Alexander-Arnold caused him major problems down his side and offered little going forward until the last 20 minutes. 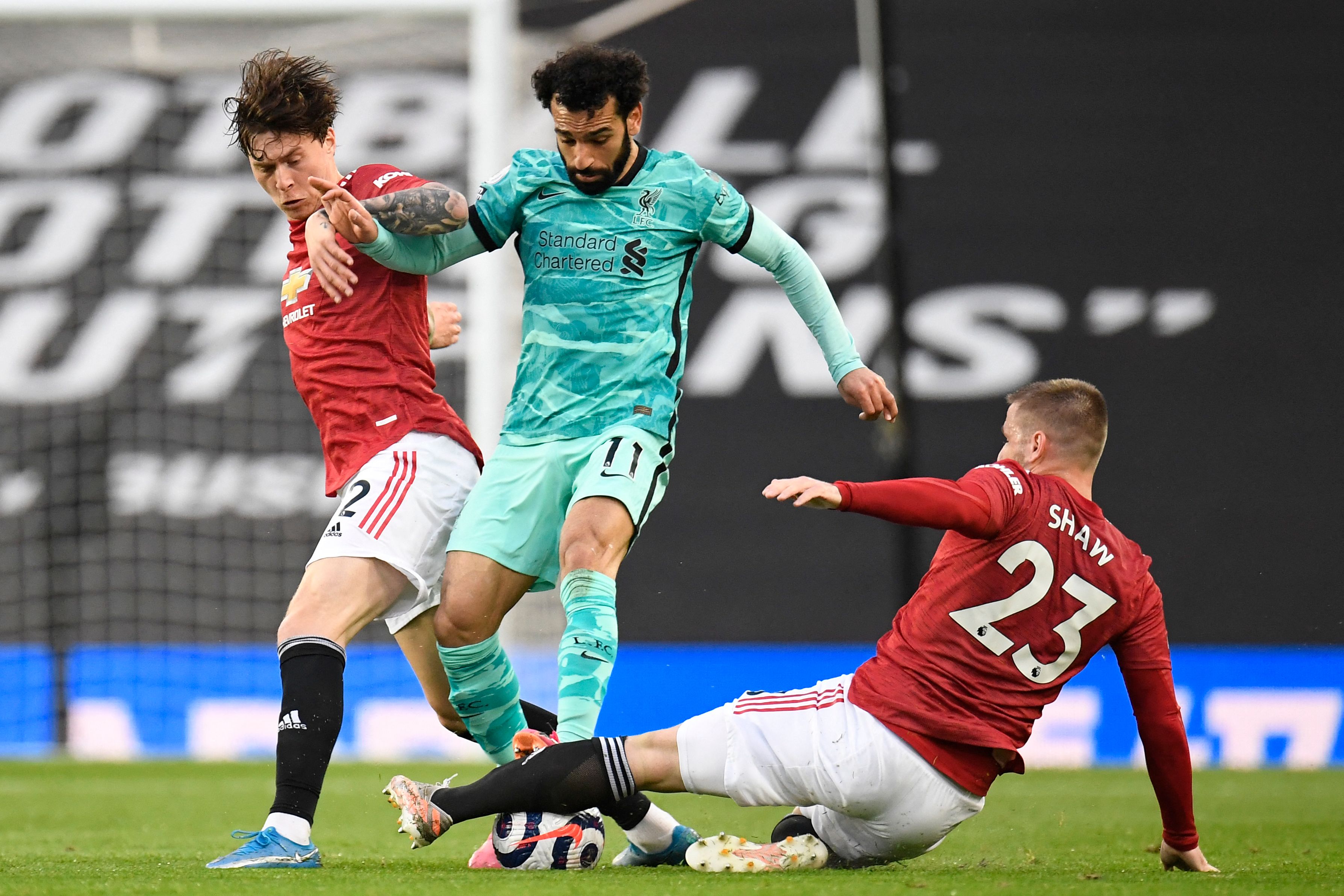 Could tell he was thriving in the occasion of playing United's fierce rivals.

Flew into tackles but struggled to get hold of the ball when Liverpool found themselves on top.

Was lucky not to have seen red for a challenge on Mane late on.

Had a howler in his role for Liverpool's third initially giving the ball away – although wasn't helped by Shaw.

Pretty anonymous throughout. Usually has so much energy in midfield but appeared to look leggy especially in the second period.

Need an abacus to count how many times he gave the ball away. Eventually subbed after the hour. 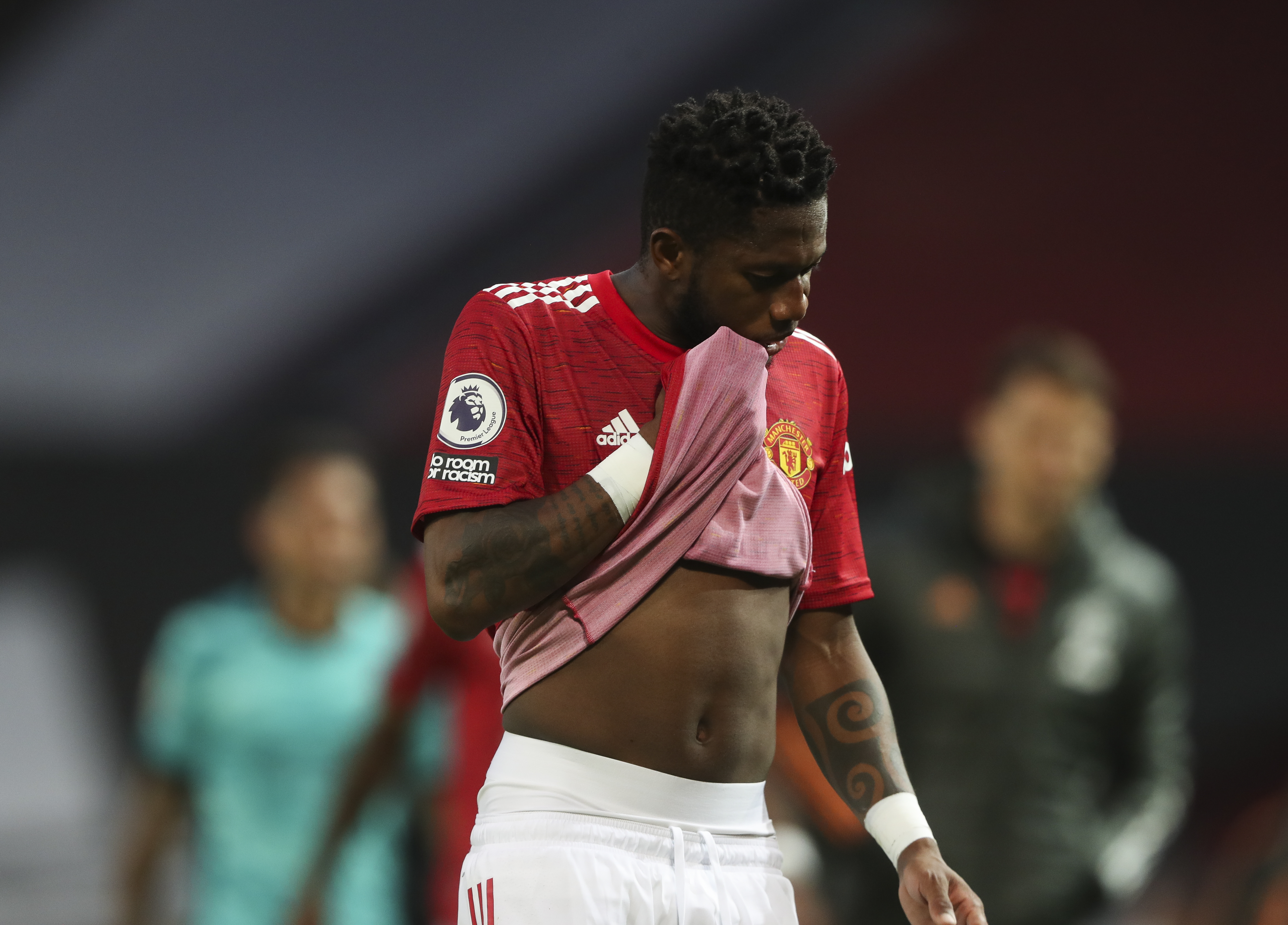 Not a great first half from the Frenchman. Struggled to contain Trent Alexander-Arnold on the right and then lost his marker for Roberto Firmino's goal.

Needed his presence in the second half but couldn't get himself on the ball as the game passed him by until he moved into midfield when Fred came off. Then looked more assured.

Struggling to make note of any major contribution until he sprung into life with Man United's second.

Linked up with Cavani brilliantly and used his pace before finding the bottom corner.

Looked tired for parts of the contest and in need of a rest. 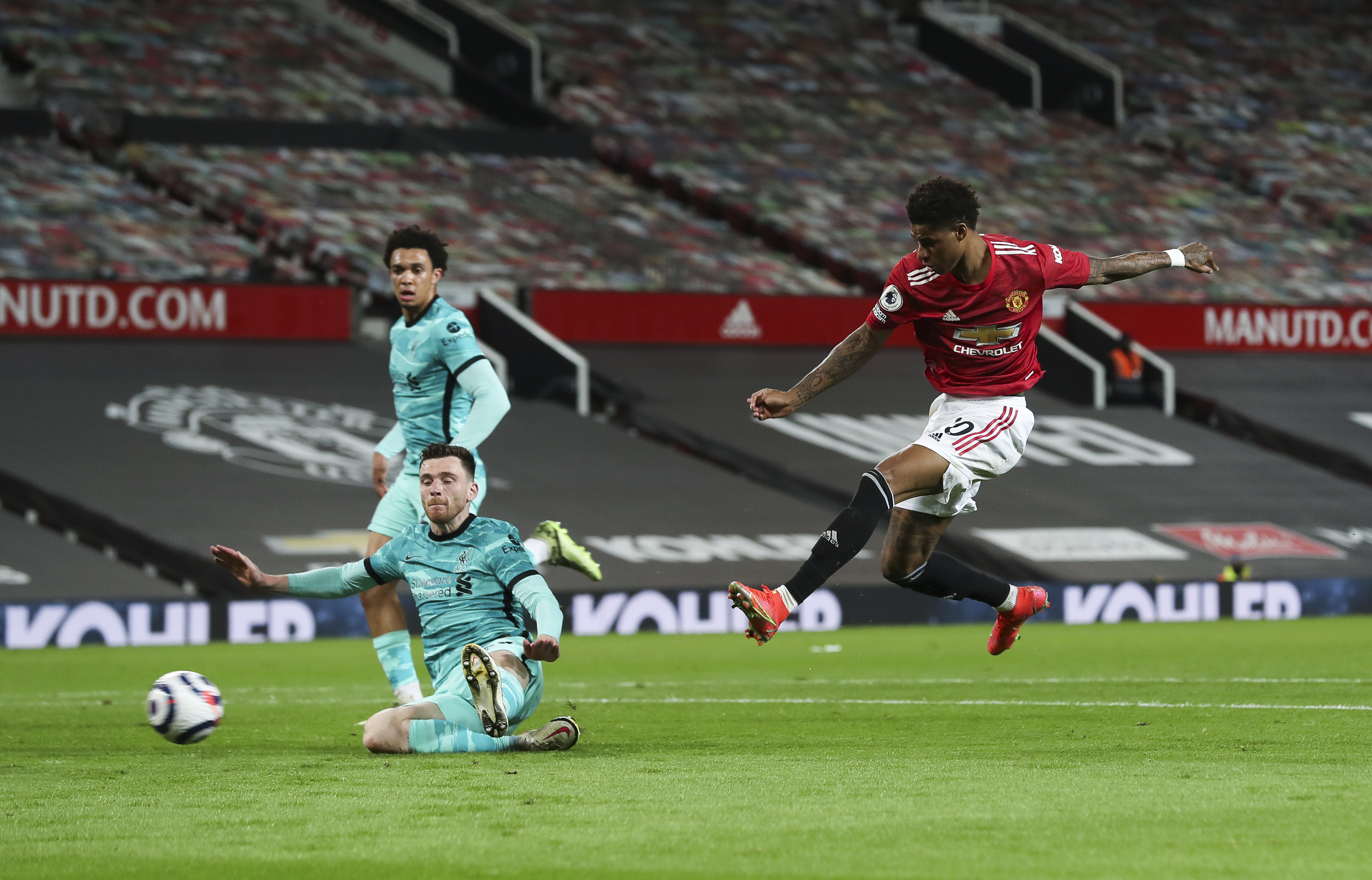 Only needed 10 minutes to make an impact when his strike was deflected in.

Found space in decent areas and kept the ball well but was let down by his team-mates at times. Needed more runners in behind and chasing shadows when Liverpool had the ball.

Showed great skill to play a part in United's third and was probably United's best performer.

Missed a glorious chance after Alisson's error in the opening few minutes but was feeding off scraps for most of the game.