Olympic swimmer Kyle Chalmers made an interesting observation a couple of weeks back.

“It’s a funny one,” he told the ABC. “I win gold in Rio and come back a national hero and everyone wants a bar of you. The appearances and things I was doing were out of this world and things I couldn’t have even dreamed of. And then you win silver and it’s such a massive achievement — I was half-a-second faster than I was in Rio, I swam a PB but was touched out by 0.06 of a second. It’s just funny the change in how much Australia celebrates gold compared to how much they celebrate silver.” 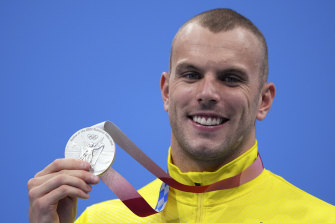 Kyle Chalmers with his 100m freestyle silver medal in Tokyo.Credit:AP

A couple of weeks ago, as if you didn’t know, the Wallabies edged out the Boks by just a couple of points on the strength of a last-minute, long-distance Quade Cooper penalty goal to set themselves up for their stunning series victory in straight sets. How different might everything have been had a stray puff of wind taken it to the left? It would have been the Wallabies’ fourth straight loss after three comprehensive defeats to the All Blacks. They would have had their confidence shattered, tumbled further down the international rankings, and lost all momentum. A win last weekend would have been near inconceivable. But it went through! They won! And then smashed ’em again! And have risen to No.3 in the world!

Instead of the abyss, suddenly all was good with the world – and all because the bloody thing went through.

Last Saturday night, Parramatta gave it their all against Penrith, and three times in the last three minutes of the match came within three centimetres of scoring, but every time, as that great sports commentator Maxwell Smart once said, they “missed it . . . by that much!”

For the sake of those three centimetres, Penrith won and get to fight on, while all the eulogies of Parramatta note that poor coach Brad Arthur just can’t get his team to play finals football.

The entire narrative changes for the sake of just about nuttin’!

In the case of Chalmers, he can at least reflect on the situation of James Magnussen, who missed gold by a hundredth of a second at the London 2012 Olympics and – despite being the world champion over that distance in 2011 and 2013 – never troubled the scorer again.

My words at the time still stand, and apply to this singularly passionate field of human endeavour.

Yes, yes, yes . . . we all know that sport can be a wondrous lover, keeping you warm on cold nights, thrilling you to the very cockles of your soul, and romancing you on lazy summer days.

“Another strawberry, Boopsie? Yes, my love!”

But it can also be a brutal black mongrel dog, a hell-hound south-bound bitch from the bowels of the earth, sent without mercy to savage the first poor bastard she comes across.

You, Kyle, at least had time with Boopsie at her best!

Ideally, the Wallabies can now form an extended relationship with her. But don’t get me started. I can go on a bit.

And so, against all odds, Michael Maguire survives as coach of the Wests Tigers – a point of particular interest to all of us who watched the spellbinding fly-on-the-wall documentary Tales from Tiger Town, which took us right inside their train-smash of a season. The most compelling image I have of the series is seeing Maguire in full flight, on about a dozen occasions before matches and at least as many at half-time, roaring “We are the West Tigers! We NEVER give up! We go til we can go no more! Because that is who we are.” Good speech. Fine sentiment.

The problem was the blokes looking back at him. Who are they again? And how many of them were wheeled down Norton Street in a pram to actually feel like, “Yes, that really is who we are, WE are the Wests Tigers!” To my eyes – Luke Brooks aside – most of the rest them seem to be blow-ins from elsewhere, and old stagers are thin on the ground. Benji Marshall was pushed out twice. Aaron Woods, too, just as Robbie Farah was. To me, the most underestimated hallmark of truly successful clubs like the Storm and Roosters is having that hardcore of players who feel like the jersey they wear is the personal flag they fly and worth bleeding for.

Great teams nurture that hardcore and keep them intact. Of all the things that ail the Tigers, that is the worst. Letting Marshall, Woods and Farah go was as insane as the Bulldogs letting James Graham and Josh Reynolds go a few seasons back – right at the time, not coincidentally, they started blowing smoke from their port and starboard engines as they lost altitude. And yes, every bit as insane as Souths letting Adam Reynolds go at the end of this season.

Making endless speeches like Maguire’s are fine, so long as you have the blokes who feel it.

Ah, sing it, Indian cricket coach Ravi Shastri: “In my seven years with this Indian team I don’t remember [the detail of] one white-ball game. If you win a World Cup final, you will remember it and that’s the only thing left for me as a coach. Otherwise you bloody cleaned up everything across the globe. I don’t remember a single [white-ball] game. Test matches? I remember every ball. Everything. But the volume is too much. We beat Australia 3-0 in the T20 series. We beat New Zealand 5-0 in New Zealand. Who cares? But beating Australia in two-Test series in Australia? Winning Tests in England? I remember that.”

Ain’t that the truth. For all the momentary appeal of T20 and one-dayers, can anyone actually remember them a week after the event? They are like drinking Coke and eating fries for lunch – pleasurable momentarily but completely lacking in any nutrition to keep the game healthy. Hence the importance of the coming Ashes. For me, the Ashes is the beating heart of Australian cricket, the one event that brings most of the nation back to the cricket table. I know, the coming series is threatened because of COVID-19. But come hell or high water, there must be a way of making it happen!

Just got back from my mate’s funeral. He died after being hit on the head with a tennis ball. It was a lovely service.

Green Bay Packer Aaron Jones after wearing, and losing, his father’s ashes in a game on a pendant: “He’d be happy. He’d be like, ‘if you lose it any way, lose it in the end zone’.” The pendant was later found. 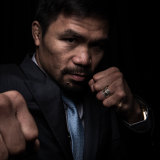 Manny Pacquiao is running for president in the Philippines.Credit:Wolter Peeters

NSW Treasurer Dominic Perrottet said he wouldn’t feel comfortable green-lighting a crowd for the races if the rest of the city was still in lockdown: “We’re certainly not going to have a situation whereby you can go to the races on Saturday, but you can’t go to church on Sunday, and still can’t get a haircut on Monday.”

Jamie Cox, assistant secretary (cricket and operations) of the MCC, on changing the official language of cricket, with “batsman” becoming “batter”: “MCC believes in cricket being a game for all and this move recognises the changing landscape of the game in modern times.”

Europe captain Padraig Harrington to his 12 European players: “You have a far greater chance of going into space or climbing Mount Everest than you have representing Europe in the Ryder Cup. To put it into context, 570 people have been into space. I think over 5000 people have climbed Mount Everest, 225 have won a men’s major. When you break it down like that, it’s pretty cool.”

Matildas coach Tony Gustavsson after a midweek loss to Ireland: “I said in the circle with the team afterwards that it felt like they wanted it more than us. That’s not OK. We’re the Matildas . . . It felt like Ireland wanted it more. That hurts, to be honest. I need to look at myself in the mirror as well to ask, ‘could I have done something different to prep the team in terms of that?’”

Paul Kent unimpressed with the Panthers being fined $25,000 for a trainer stopping the game: “No. It’s embarrassing. It’s not severe enough. $25,000 for Penrith? They’ll get that out of the Queen of the Nile on welfare afternoon. It’ll come straight out the poker machines.”

Former Arsenal star Paul Merson on dealing with a gambling addiction: “‘Oh, you lost all that money’. But the money is irrelevant. You lose time. Time just goes and that breaks my heart more than anything.”

Waqar Younis on countries not wanting to tour Pakistan: “I live in Sydney, my family is in Sydney – it’s the safest place in the world and I can guarantee you this place is nothing less than that.”

Samu Kerevi: “I tell Quadey when he needs a battering ram, I just step up for him. I try to own that space.” THIS is the nickname? Quadey? Really? What about “Super”, “Mini”, “Alice” or even “Bradley”? Something, anything, but not Quadey! 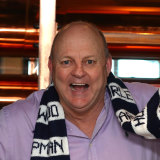 Billy Brownless hanging up the TV shingle: “It’s been good fun, 23 years on the Sunday Footy Show. A sad day, but I’ve probably just had enough. I’m getting a bit older, it would be nice to have a Sunday off. And I haven’t been sacked but it’s a matter of time, I suppose. Probably get out before I do get pushed.” There is a bit of it about.

Chris Cairns on recovering from serious health issues: “Just over six weeks ago, I suffered a type A aortic dissection, which essentially means there’s a tear in one of the major arteries of the heart. I had several surgeries and grafts and very thankfully the specialists were able to save the heart itself. One of the complications that arose was a spinal stroke which in itself will provide me with possibly the greatest challenge I’ve ever faced in rehab going forward.”

Team of the week

Michael Hooper. Broke George Gregan’s record for most Tests as Wallabies captain, and did so with a thumping second successive win against the Springboks.

Sam Kerr. Notched up her 100th Matildas cap against Ireland.

RIP. John Elliott. On the day Michael Voss was announced as the new coach of Carlton, the club’s famed former president died, aged 79.