In early August, with just 13 months on the tour, golfer Collin Morikawa won the PGA Championship at the young age of 23, charmingly fumbling the Wannamaker Trophy as he hoisted it.

His meteoric rise was feel-good fodder for fans. And it also launched a media fascination with his girlfriend of three years, Katherine Zhu, a former college golfer, who made headlines across the globe after her beau’s win.

“Overwhelming is a good word,” Zhu told The Post of the newfound attention, which has been focused on her collegiate career and Instagram full of food photos and bikini snaps. “I wasn’t really prepared for it. It took me by surprise. My friends were sending me articles and I was like, ‘I just didn’t know’.” Zhu saw her Instagram following grow by 20K within two weeks, and was flooded with direct messages.

She hasn’t checked her inbox yet. But both she and Morikawa have beguiled the golf world with their wholesome, youthful exuberance and happy-go-lucky attitudes.

“It was crazy, but we are still the same us,” said the 24-year-old, who is usually always by the golf phenom’s side.

But when the US Open kicks off on Thursday at Winged Foot in Mamaroneck, N.Y., Zhu will be watching from their Las Vegas home because the Westchester course is restricting spectators from walking the course.

When Morikawa is solo on tour, they speak after his rounds either in person or, these days, on FaceTime.

“We are the type of couple to always be with each other, and I really enjoy his company,” said Zhu. “I like that he is so hard-working and he cares about me a lot. He always puts other people’s needs first.”

Morikawa also introduced his girlfriend to her golfing idol in January.

He thinks I’m his good luck charm . . . I really think he is just really good at golf.

The couple met after being set up in college, while Zhu was playing for Pepperdine and Morikawa for University of California Berkeley. During a tournament in the Bay Area, Zhu was paired with a female member of the Cal team, who asked if she was single.

“We were just being college girls and talking about life,” Zhu recalled. “She said, ‘Are you seeing anyone?’ Let me introduce you to someone’. I said, ‘Sure’ but I didn’t really think she would actually do it.” But the teammate went back to school, showed Morikawa his future girlfriend’s Instagram and asked what he thought of her? He was game.

The modern courtship kicked off slowly by phone. “We started talking through text,” Zhu said. Soon after, Morikawa won his first college tournament and continued to rack up the wins. Then, during spring break, they finally met in person when Morikawa returned to his native Los Angeles, and the young golfers sparked.

“He thinks I’m his good luck charm,” she said, but disagrees with her guy. “I really think he is just really good at golf.” 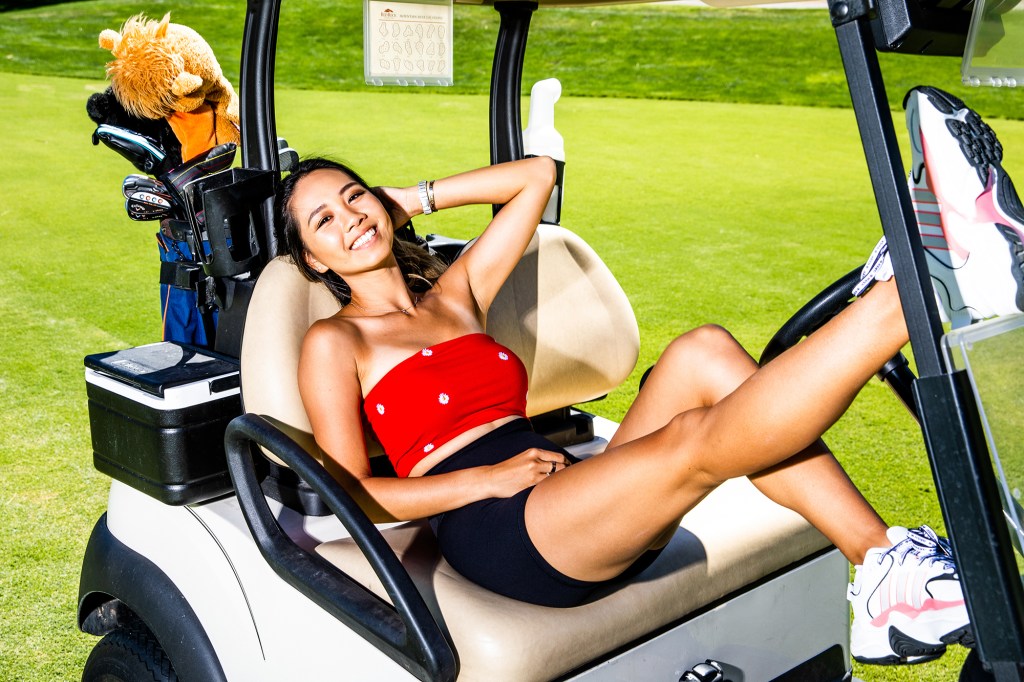 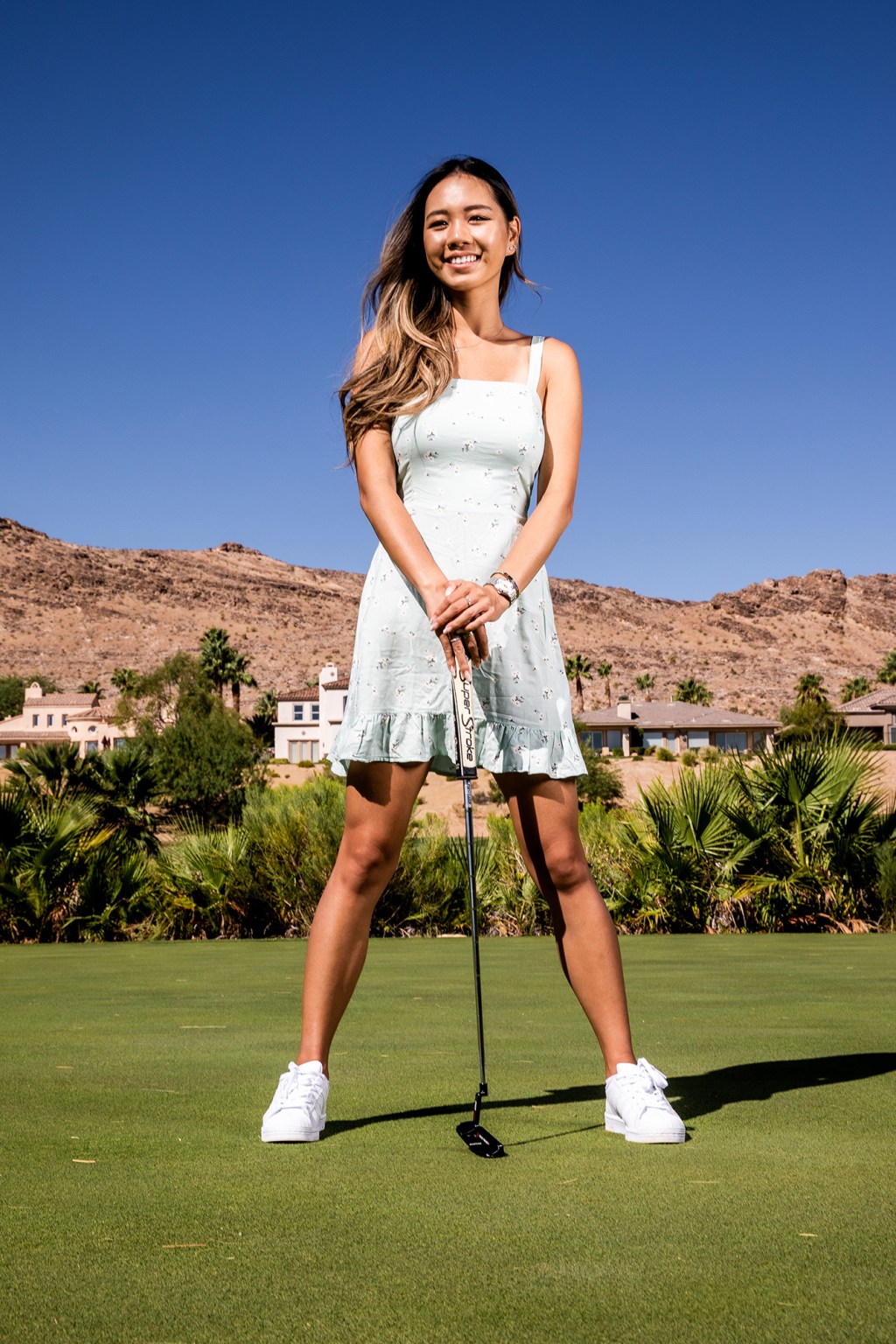 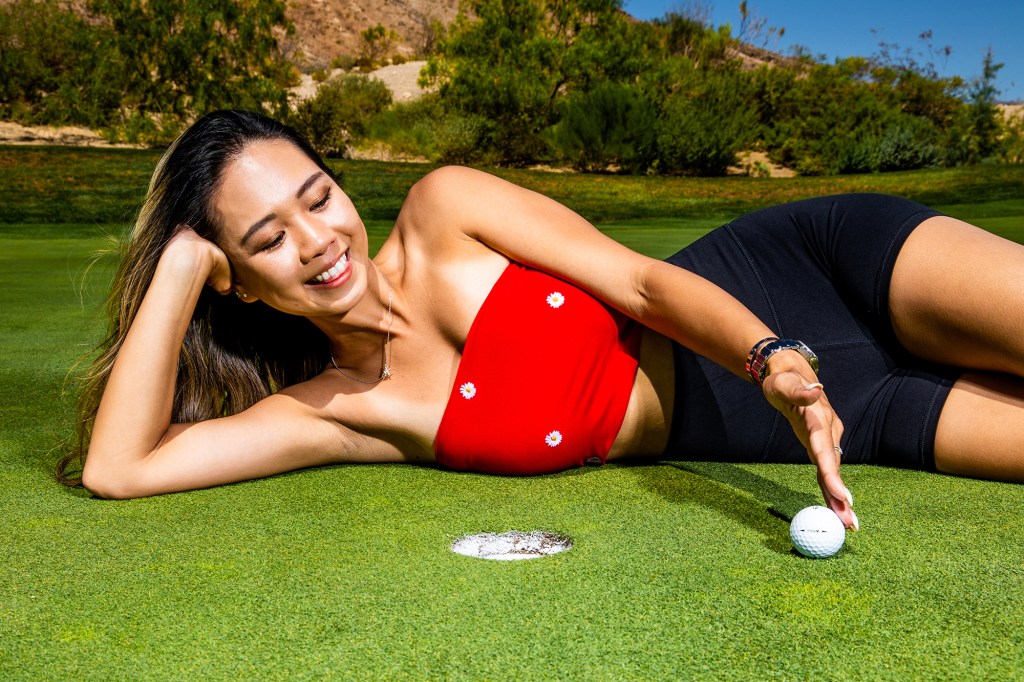 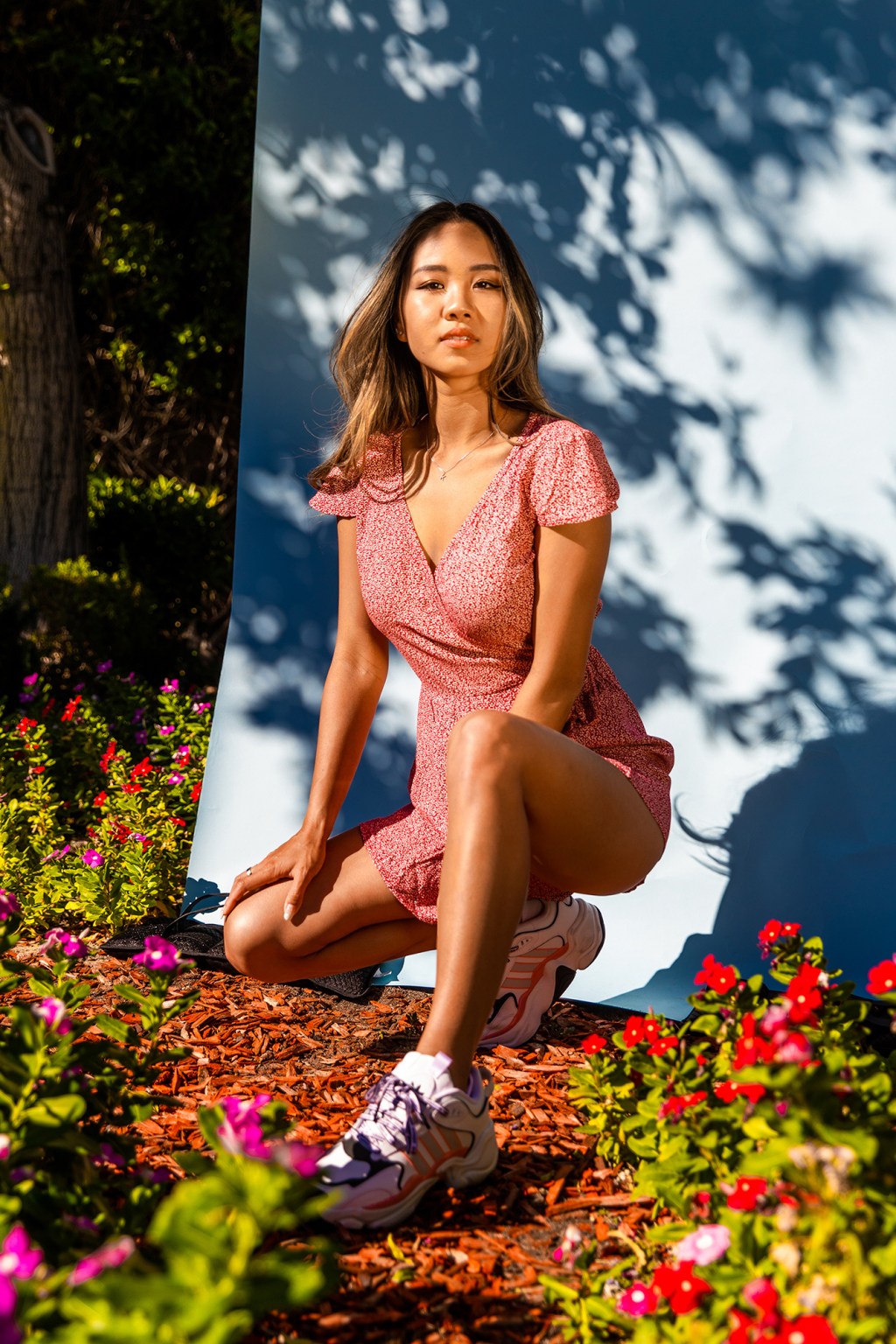 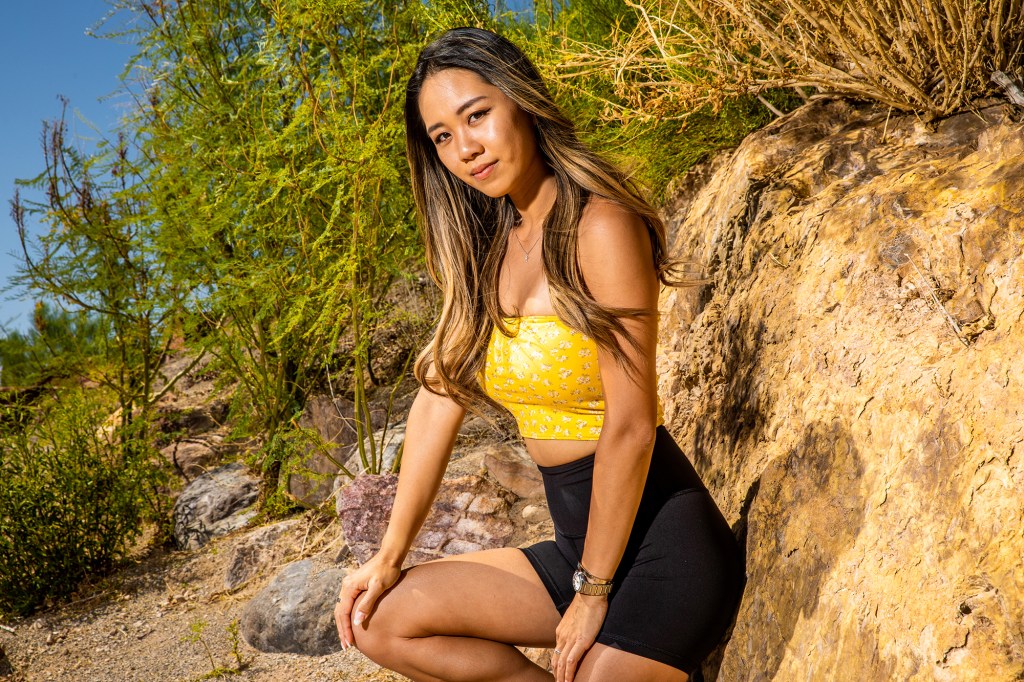 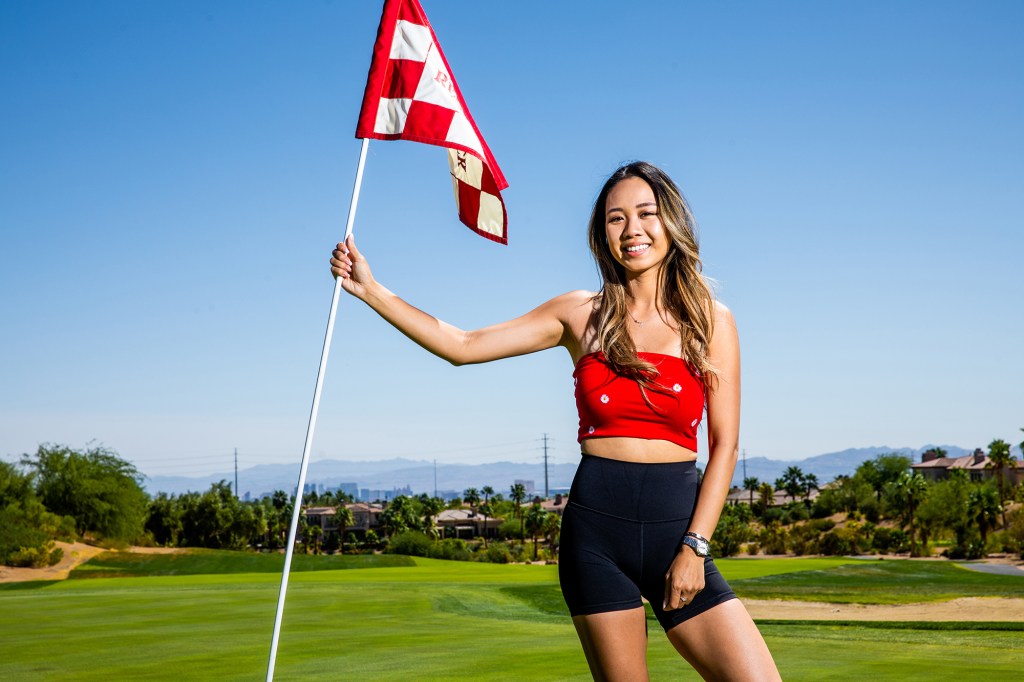 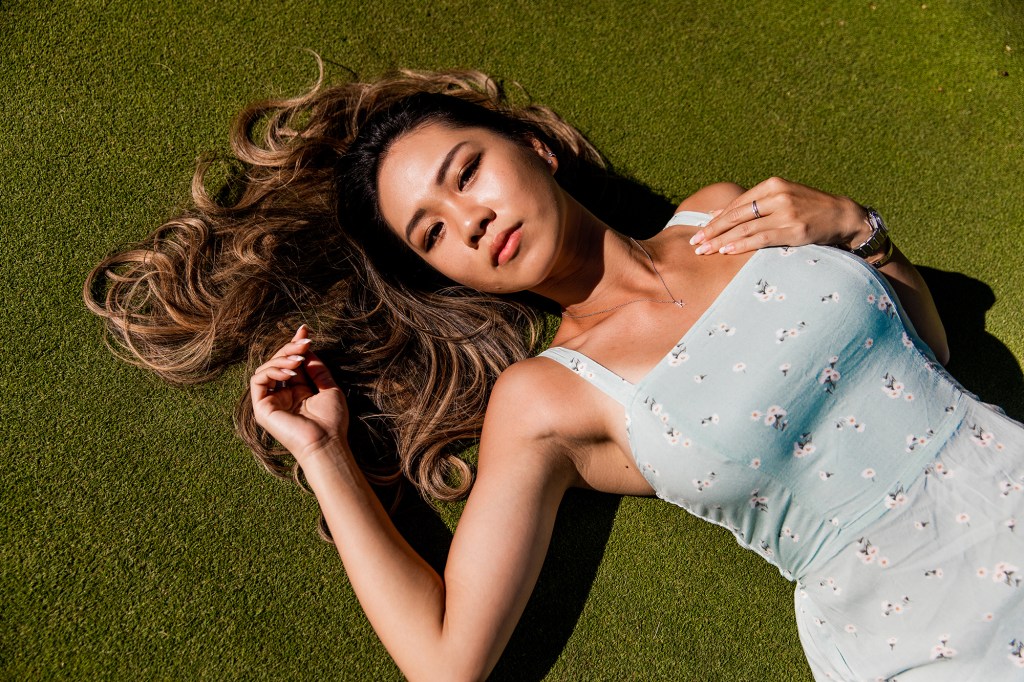