MMA star Leonardo Barbosa has claimed that he 'threw the fight' in his defeat to Ahmed Wali Hotak earlier this month.

The Brazilian lightweight alleged that he feigned an injury during the bout after being pressured to lose by an unknown gunman. 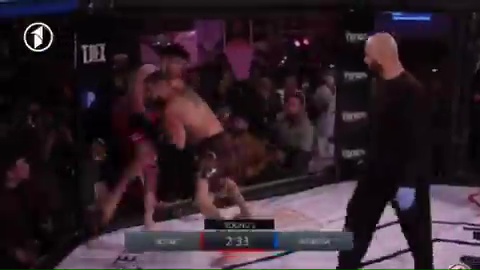 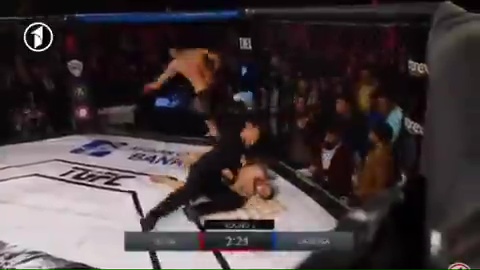 Barbosa was dropped by a knee to the body by Hotak in the main event of TGFC 11 in Kabul, Afghanistan, on February 11.

Yet in a since-deleted social media post, the 32-year-old revealed that he lost to the hometown fighter on purpose.

In an interview with MMA Fighting, Barbosa said that prior to the bout he had been threatened by a man in his locker room with a gun.

The Brazilian claimed he later spotted the same gunman “in the VIP area during the fight, real close to the cage.”

I threw the fight. I came back different for the second round, a series of things were going through my mind. I have a son, I have a family

“He got closer to the cage in between rounds and started saying something similar to what he had said in the locker room, only more aggressive.

“I was winning the fight, I won the first round well, my opponent had a broken nose and needed surgery the next day, and I think I would have won, but I felt unable to do anything in that fight.

“And then that happened. I threw the fight.

“I came back different for the second round, a series of things were going through my mind. I have a son, I have a family.

“Him killing me wasn’t my biggest fear because the repercussion would be huge, but, I don’t know, people there are a bit complicated.”

Barbosa was alone on his trip from Brazil to Afghanistan after his manager tested positive for COVID-19 a day before he left his homeland.

And the 17-7 fighter admitted his passport was kept by the immigration upon arrival and was only returned after he checked-in for his return flight.

He added: “I had no documents in an unfamiliar country.

“My biggest fear was something happening and getting trapped there. I would do something to fight back and defend my life, right?”

Despite his experience, Barbosa admitted he has been offered a rematch by TGFC officials for a May event in Dubai.

He said: “I’d go with a different structure this time, with my cornermen and everything else. I’ll never travel again without my cornermen.

“This rematch will be different.

“I believe I can win this fight with ease, to tell you the truth.”