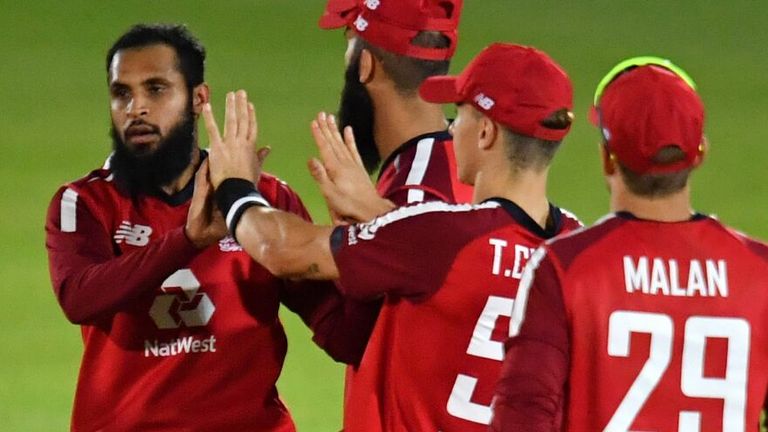 Moeen Ali hailed Adil Rashid as the “best in the world” after his three-wicket haul against Australia in the final T20 international.

The leg-spinner (3-21) dismissed Glenn Maxwell (6) and Aaron Finch (39) in the same over – Finch bowled by a superb googly – and then Steve Smith (3) as Australia wobbled before completing a five-wicket victory.

Moeen, standing in as skipper for England with Eoin Morgan out with a dislocated finger, said of Rashid: “You always wish he had another over or so. I think he is quite hard to pick and play, he’s got so much skill 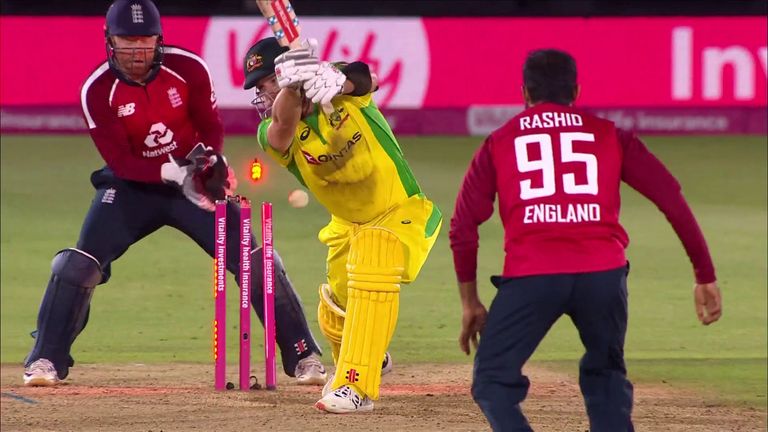 “He’s an amazing bowler for us – when he’s bowling like that, I think he’s the best in the world. He’s brilliant and he has been over a long period of time and it’s the reason why he’s a leading wicket-taker in white-ball cricket.”

Ali also said Jos Buttler has “completely changed England’s way of playing” after the wicketkeeper-batsman was named Player of the Series.

Buttler thumped 44 from 29 balls in the first T20 international as England triumphed after an Australia collapse and then an unbeaten 77 from 54 balls in the second as the hosts secured a series win with a game to spare. 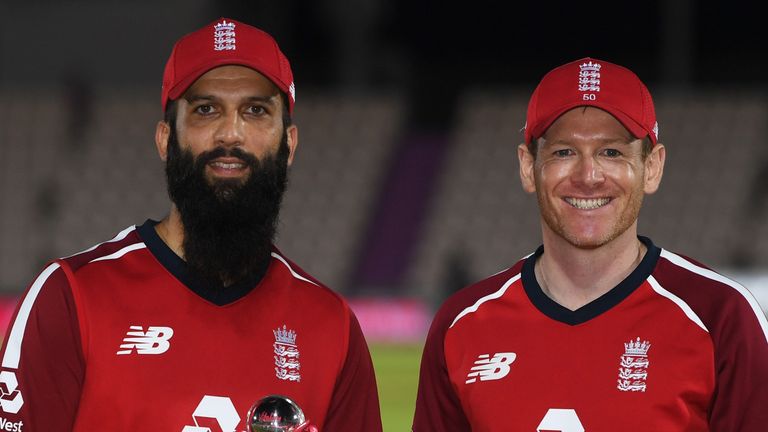 The opener missed the final match having left the bio-secure bubble to see his family and Moeen was glowing in his praise of his team-mate as he collected Buttler’s prize for him.

“He’s an amazing, world-class player – a great leader and if he had been here tonight I’m sure he would have been captain,” said Moeen.

“He has changed our way of playing completely. He brings so much to the team – even if he doesn’t score runs, just having him in the changing room is amazing. I’m sure there will be more to come.

“We have learnt we have a top bowling attack and when Stokesy, [Ben Stokes] Jos, Morgs and Jason [Roy] come back, we will have a formidable side.” 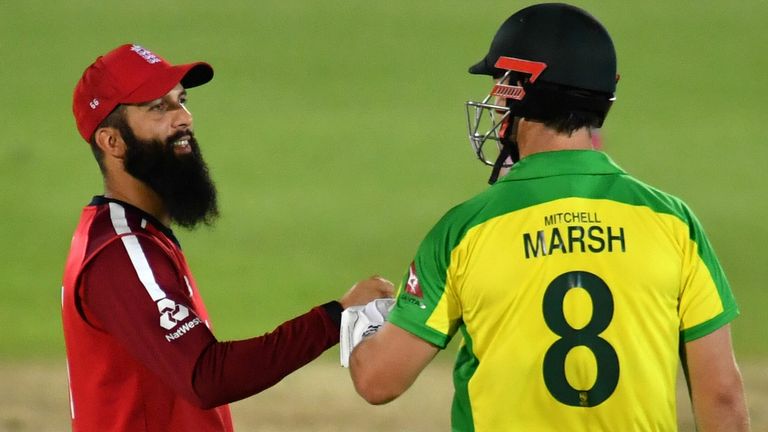 We saw in the first game that if you put Australia under pressure, you push back, they crumble. Even with a low score like that, if we take those chances I feel we could have won the game for sure.

Sky Sports pundit Shane Warne says there is now no debate about Buttler’s position at the top of the order – a spot from where he has hit five of his nine T20 international fifties.

“There are not too many people who can do what he does at the top and I think that’s why England have decided to stick with him there,” said Warne, a day after Dawid Malan said he was “in awe” of his England colleague.

“I know England have got an abundance of riches – Jonny Bairstow, Jason Roy – but I don’t think Buttler will move from there. “He has elevated his game – that innings he played in Manchester in the first Test against Pakistan to get England over the line was amazing and what we have seen since is brilliant.

“His all-round game has been terrific and he will get better and better.”

Buttler, subject to Covid-19 testing, will return for England in the first one-day international against Australia at Emirates Old Trafford from Friday as a series Kevin Pietersen expects to be electric begins.

“Those first 10 overs from Jofra Archer and Mark Wood for England and Mitchell Starc and Pat Cummins for Australia – that is going to be some proper, proper fast bowling,” said former England batman Pietersen.

“It is going to be beautiful to watch and – and can Australia play Rashid better in the middle overs?”

Moeen added: “I’m sure we’ll put out our best side, but if Morgs and Spoons [head coach Chris Silverwood] want to see younger players play, a few of them might get a chance.