Imagine turning up to your first tennis lesson and your coach is Andy Murray.

Well, if you were part of the wider tennis diaspora in Gloucestershire between 1997 and 2005, there’s a decent chance you will have.

I’m actually pretty good at it. I played junior county for Gloucestershire until I was 18, reached the national finals of the Team Tennis Schools tournament and am a qualified level three coach, working with all-comers from absolute beginners up to South West-standard junior players.

I’m two-and-a-half years older than my namesake and the buzz around him within tennis circles began to grow when I was about 14. 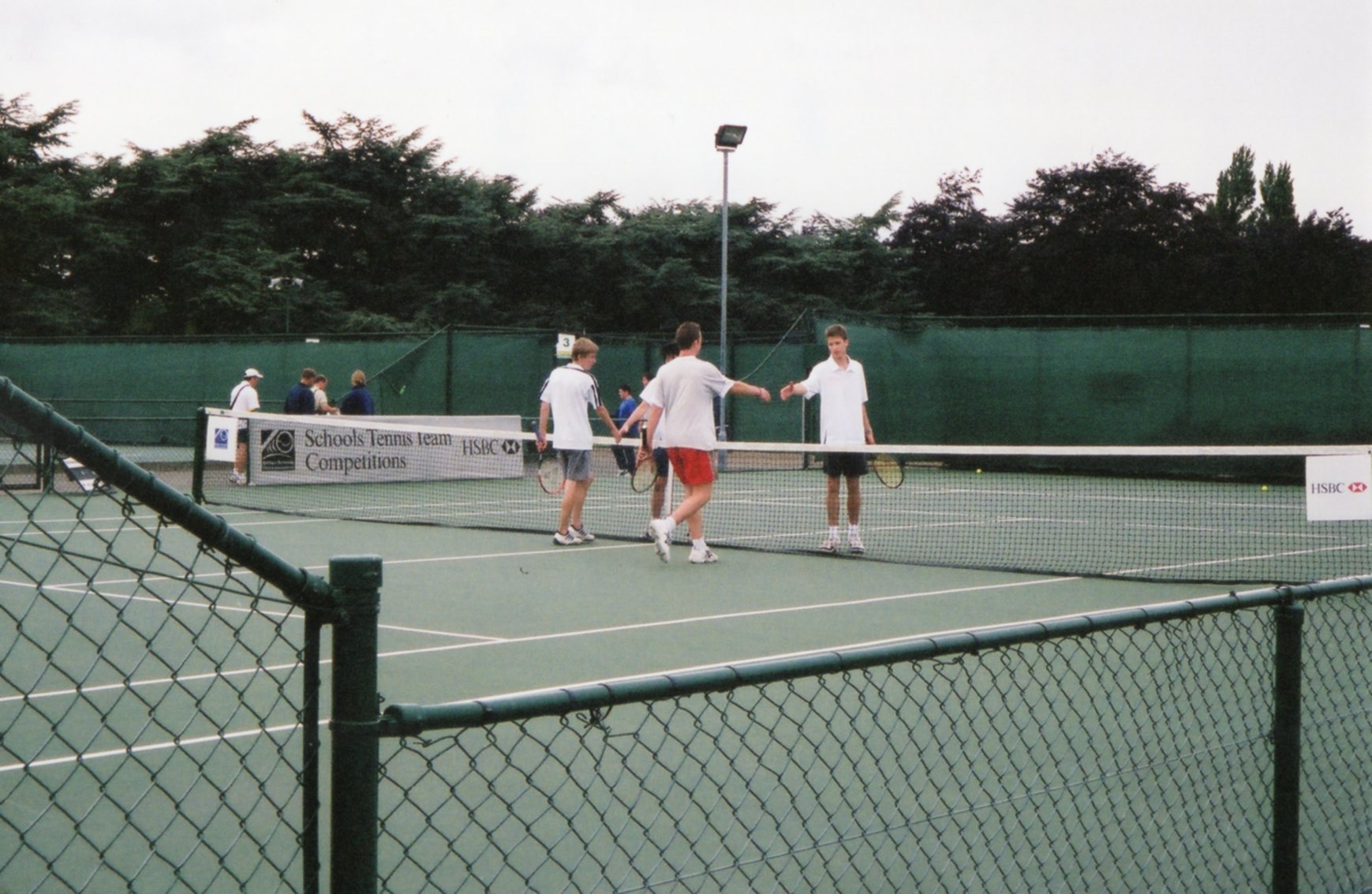 I still remember turning up to one tournament in a neighbouring county and the hub of activity in the corner of a room where nervous schoolboys huddled around the draw.

‘Have you seen Andy Murray’s playing? What’s he doing here?’

I didn’t have the heart to tell them they didn’t really have much to worry about.

Sharing a name with someone younger than you, who is already far superior at the sport you’re trying to be good at, presents something of an unwanted reflection.

From the age of 18, I began coaching at various tennis centres around Gloucestershire, the Midlands and the South West.

I genuinely lost track of the number of conversations I’d have with parents after Saturday morning drop-in classes, who would sidle quizzically up to me.

‘Hi there. Er, what’s your name? It’s just that we’re trying to get little Jimmy to stop telling silly lies and he said you were Andy Murray.’

After doing some work for the Lawn Tennis Association at Edgbaston – one of the warm-up tournaments for Wimbledon – a letter landed on the doormat of our family home.

Inside was a cheque I assumed would be for the coaching I’d done a couple of weeks earlier, but it was only upon closer inspection that I discovered the £4,500 was itemised ‘Top 50 Junior ITF – Colombia’.

Pretty certain I hadn’t made any trips to Bogota in the semi-recent past, I rang the LTA to inform them of their mistake and ripped up the cheque.

About six months later, by this time halfway through my first term at Lancaster University, my mum called for the weekly phone catch-up.

‘Oh, you’ve had another cheque for the real Andy Murray,’ she casually slipped into the conversation. ‘This one’s for £1,500, I’ve told them not to send another.’

Two things went through my mind: a) why is she opening my mail?; b) as if MY OWN MOTHER calls him ‘the real Andy Murray’. We resolved that she would forward on all future letters without opening them first.

Unfortunately, the LTA’s attempts at topping up my personal university beer fund ended there.

I’ve since left the tennis world behind – bar the occasional friendly knockabout with my fiancée Becky – in favour of a career as a football writer.

I was staff writer for the magazine FourFourTwo between 2012 and 2019 and still freelance regularly for them, Manchester United and other outlets.

I have interviewed Lionel Messi, Neymar and Wayne Rooney, been to Trent Alexander-Arnold’s house and sat down to lunch with Juan Mata.

Even here, I can never escape my name. No article I post on Twitter ever goes by without a ‘stick to tennis lol’, while, as an Andy Murray with the legit-stamp blue tick, I’m frequently tagged in posts telling me I’m ‘a useless Scottish t**t’. I’m half-English, half-Irish.

Wimbledon time is obviously busy for errant tags – plenty of accounts seem to think I’m an Andy Murray superfan, tagging me along with the man himself – but sometimes they’re genuinely heart-warming.

When it seemed Andy would retire after the 2019 Australian Open, I was inundated with well-wishers DMing me, instead of the greatest tennis player Britain has ever produced.

Other messages were from physiotherapists trying to advance their treatments – ‘Try Rolfing, Andy, it straightens the whole body’ – but perhaps my favourite began, ‘I’m no professional athlete, but…’

One, however, was just downright weird: ‘Your body are cold and need manual care me hands.’ Understand? Me neither.

The DMs are fairly regular throughout the year. At the height of the first lockdown last year, I received one from a guy whose wife clearly knew Andy’s partner, Kim.

They were having a Zoom quiz and this bloke was putting together a bonus round featuring questions about their partners to ‘find out how well the girls know each other.’ I sometimes wonder if he ever managed to get his round sorted.

I’ve long since come to accept my name as part of general life. More or less any phone call to sort out general life admin follows exactly the same routine.

‘Sure, my name’s Andy,’ I’ll say, trying desperately not to mention my surname, before eventually having to add the qualifier, ‘yes, like the tennis player’ and usually ‘I do, actually, I’m a qualified coach.’

The whole thing never ceases to elicit a smile from my other half. In February 2016, Heat magazine’s Twitter account congratulated us on the arrival of our first daughter, Sophia Olivia. I didn’t even know my then recently-wooed girlfriend was pregnant.

There are upsides, too. I find booking a table at a restaurant is pretty easy and I’m certain that a few hotel rooms and holiday rentals have been upgraded over the years before my arrival.

The pang of disappointment on someone’s face when they realise you’re not who your name might suggest you are, while trying to still give their best hospitality smile, is hilarious.

There is, though, one unbeatable part of being called Andy Murray.

Honestly, there is no lovelier feeling than seeing kids’ faces light up when they realise they can tell their mums, dads and friends that they’ve played tennis with Andy Murray. Priceless.

Hello, My Name Is…

It’s not easy having the same name as someone, or something, famous.

In Metro.co.uk’s weekly Hello, My Name Is… series, we’ll hear the funny, surprising and frankly mundane stories of people whose parents really didn’t know what they were getting their children into.

Email [email protected] if you would like to get involved.