CRISTIANO RONALDO and Harry Kane have not made Gary Neville and Jamie Carragher's Premier League teams of the season so far.

The dynamic duo agree Liverpool's Diogo Jota is the man to lead the line ahead of fellow compatriot Ronaldo and the misfiring Tottenham ace. 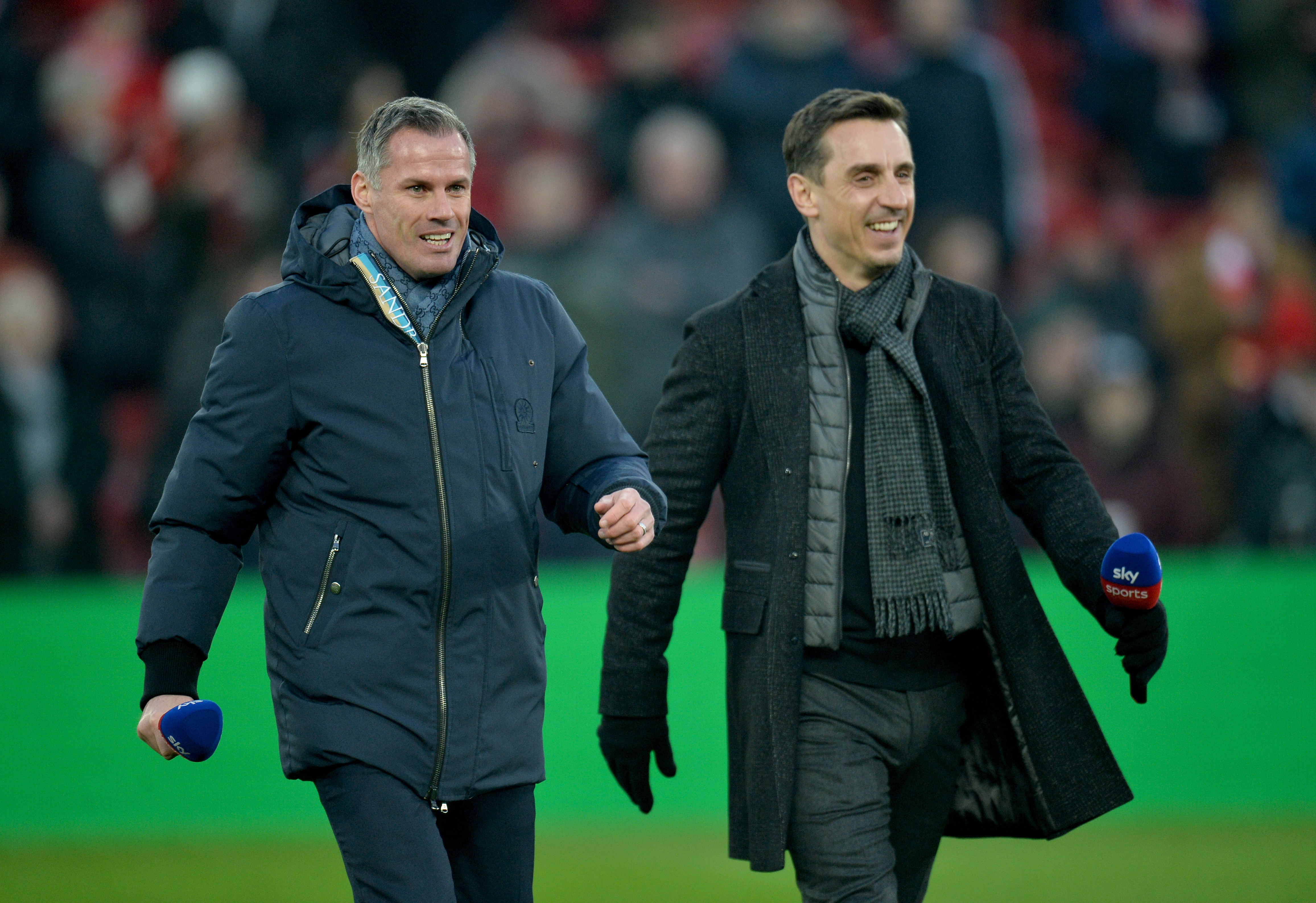 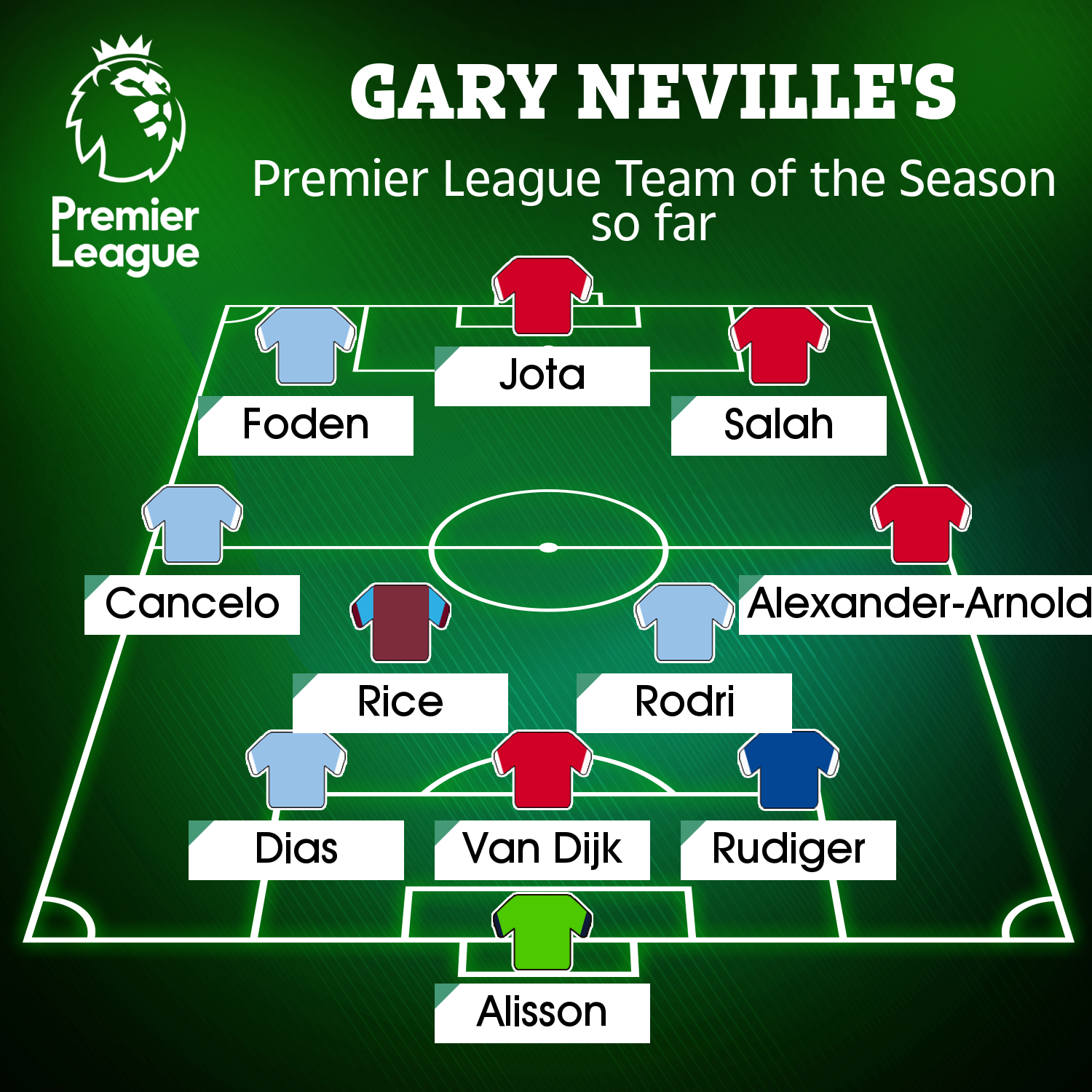 But Carragher and Neville disagreed on three key positions and even opted for different formations.

Neville shaped up with a 3-4-3, and went with three centre-back's to protect Alisson.

The Manchester United legend selected Virgil van Dijk, Ruben Dias AND Antonio Rudiger because they have been 'absolutely outstanding'.

"Underrated, under appreciated, someone who does the job week-in-week-out.

"The improvement in him is massive. Rice alongside him… those two with the three at the back."

Liverpool's Andy Robertson was 'unlucky' to miss out on making Neville's team of the Season so far.

But Trent Alexander-Arnold and Joao Cancelo, who has been playing out of position, have 'lit up' the Prem this season.

But Carragher was astounded Neville left out Bernardo Silva.

He pressed: "How the hell have you not put Bernardo Silva in your team?"

Neville responded: "I just haven't put him in."

Carragher, instead, went for a 4-3-3 and got rid of Alisson, Rodri and Dias.

Aaron Ramsdale is the man in between the sticks having kept nine clean sheets in 16 games.

And Chelsea midfielder Conor Gallagher – who is on loan at Crystal Palace – comes into the midfield alongside Rice and Silva. 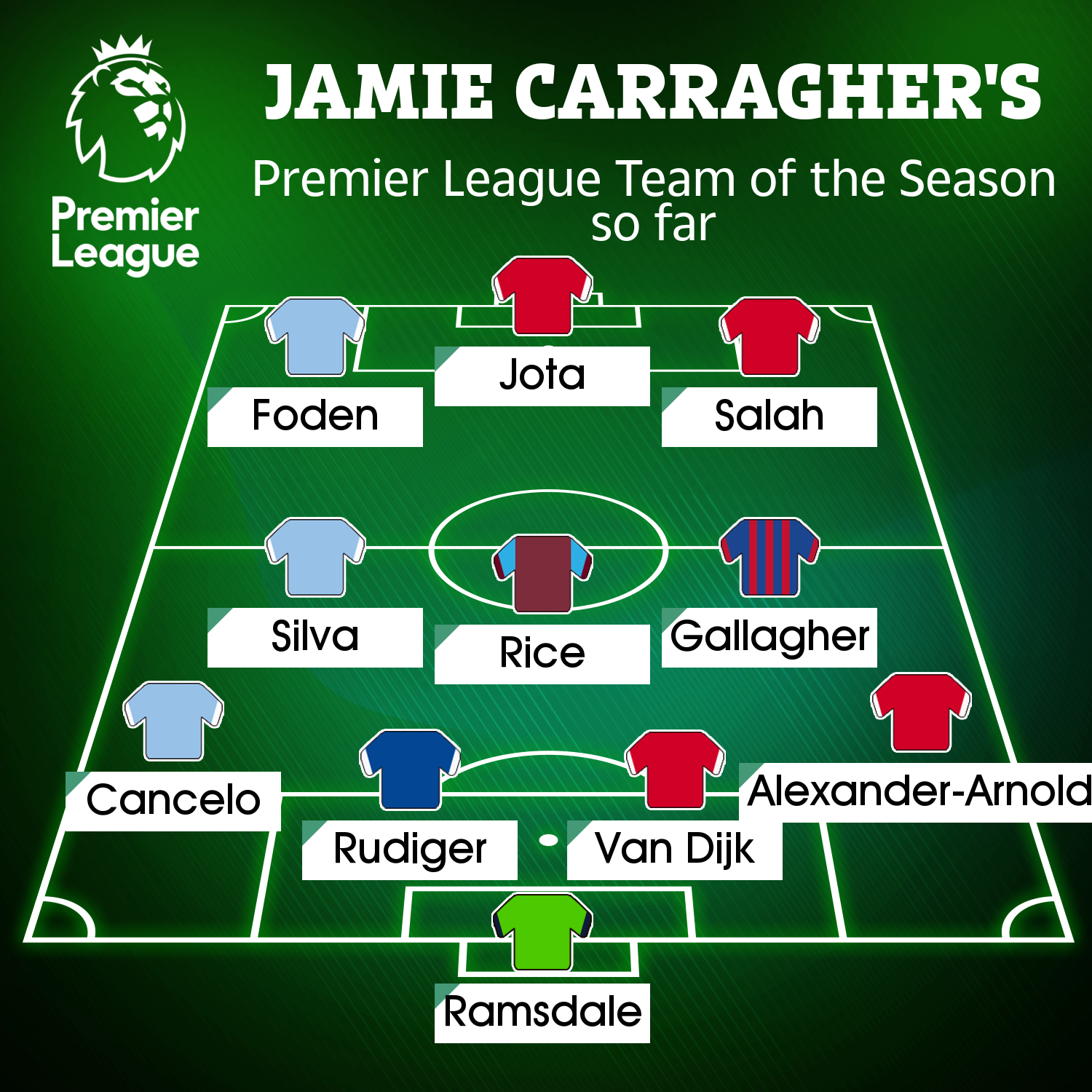 The Sky Sports pair agree on the front three.

Neville snapped back: "At the end of the day, how have you not put Rodri in? Rodri has been unbelievable."

He continued: "I think Rodri and Declan Rice have been two best central midfielders… I've played a different system, I wanted to get three centre-back's in."