CHELSEA midfielder N’Golo Kante suffered a hamstring injury that could put a huge dent in the Blues’ top four hopes.

The Frenchman went down off the ball after eight minutes and was replaced by Ruben Loftus-Cheek. 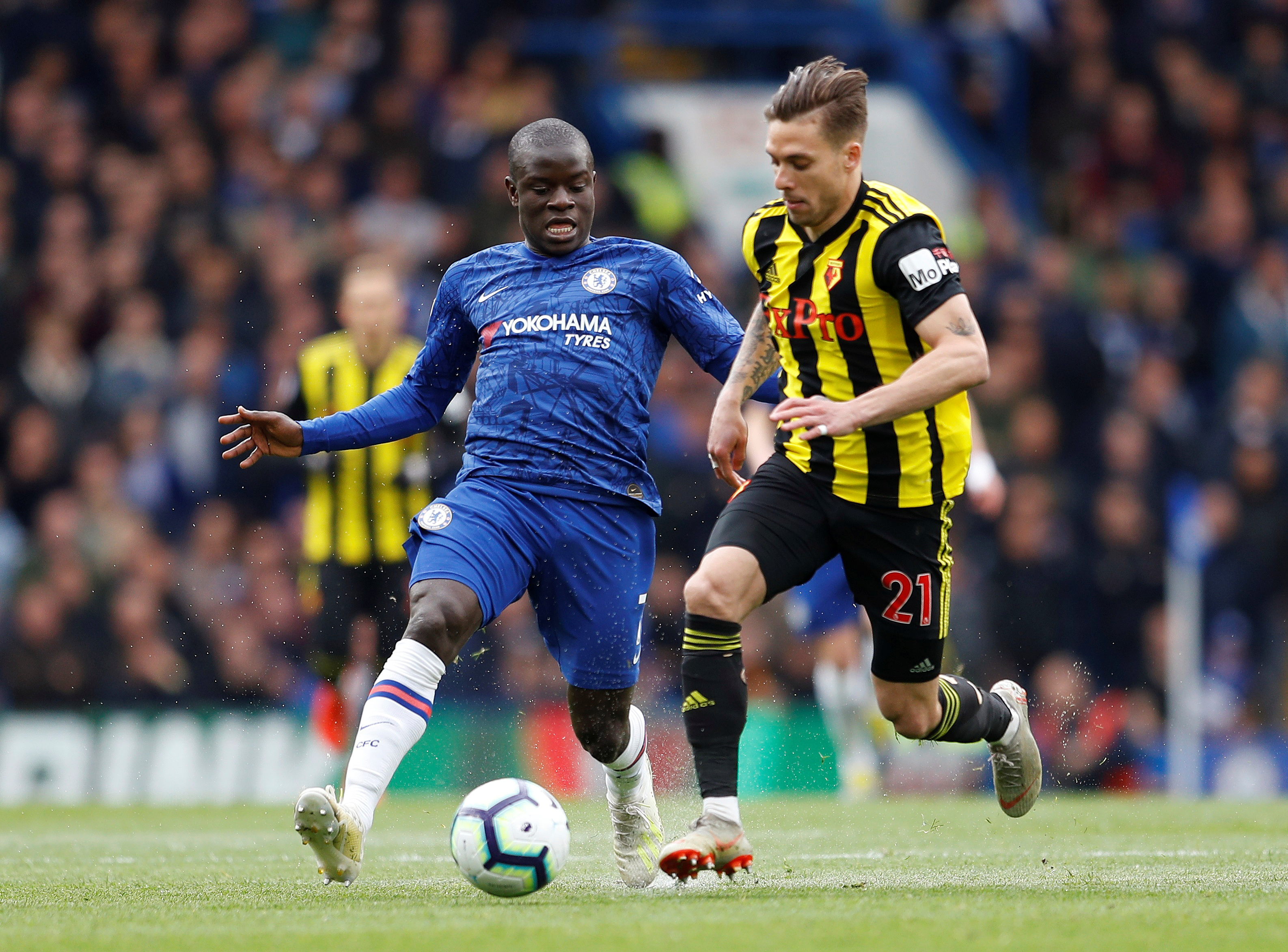 Kante has been pivotal to Maurizio Sarri’s squad this since playing 51 games and scoring five goals.

The World Cup winner has been deployed further afield this season by his Italian manager to accommodate passmaster Jorginho to play in the deep lying position in the Blues' three-man midfield.

Kante has missed just one league game this season, when he was rested in his side's 2-1 win against Cardiff in March.

The hamstring injury at Stamford Bridge acts as a major blow for Chelsea who have the opportunity to leapfrog London rivals Tottenham into third.

After ex-Blue Nathan Ake scored a lost minute winner against nine-men Spurs on Saturday afternoon – the Dutch defender afforded Chelsea the chance to gain breathing space in the race for Champions League football.

If Chelsea fail to win at home, however, and Arsenal beat Brighton at the Emirates later on today, the Gunners will be the team to bypass Spurs and the Blues.

Kante's injury comes after Antonio Rudiger was ruled out for the rest of the season having surgery on his knee for an injury suffered against Manchester United.

Chelsea revealed the surgery had been successful in a statement – but gave no indication on when the centre-back would return to action.

"He will miss the rest of this campaign and will rehab over the summer to be back early next season."