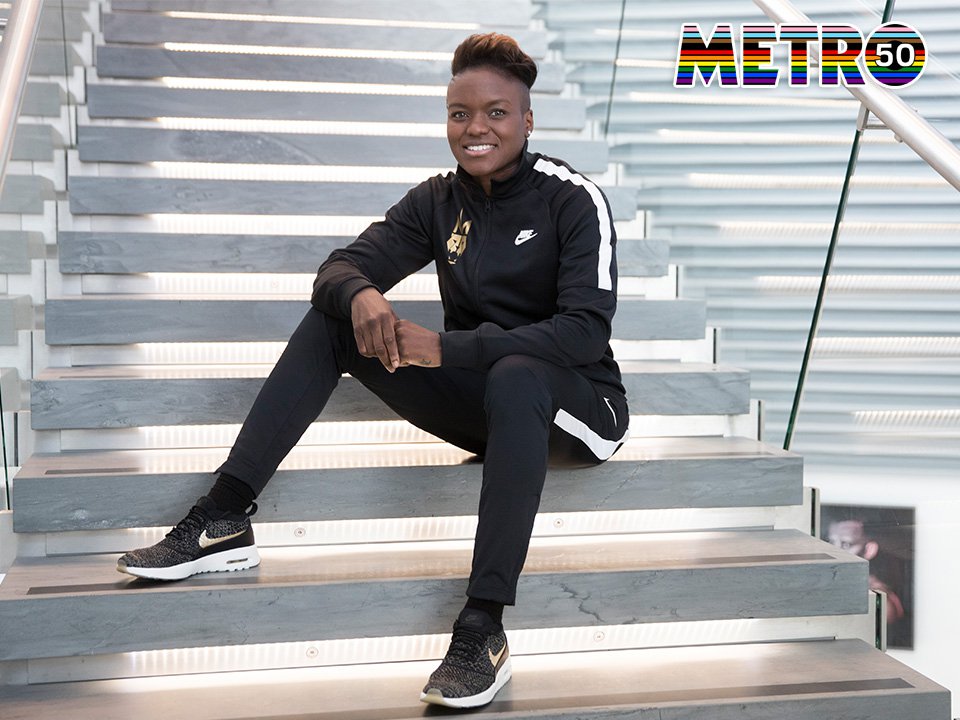 Everyone will have their own hero from the LGBTQ+ community, someone who has inspired them over the years.

For me personally, Ellen DeGeneres was a huge influence on me. I have read about and seen documentaries about her journey and what it was like for her coming out.

Because it was a long time ago, 25 years to be exact, there was no support for her. It was a very different world.

All of a sudden, she was dropped from everything and she had to build her career back up from scratch to what it is now.

I found her journey so inspiring; she never gave up and never stopped being who she was even though she knew she was going to lose her career at one point. She still chose to be who she was and is today.

She campaigned brilliantly and got her career to where it is today. I find it so inspiring. She did it against the odds, she didn’t go along with everybody else, she went against the grain and made a huge change for the better. She had to be so brave to do that at the time and she has been a true inspiration for me over the years.

In the world of sport, there are of course plenty of people from the LGBTQ+ community who I respect and who deserve credit for raising awareness and spreading their positive message.

US soccer star Megan is one of the most decorated stars in her game with two World Cups and an Olympic gold medal among her long list of accolades.

Just as importantly, she has constantly been an advocate and a powerful voice for LGBTQ+ organisations and issues over the years.

She has also played such an important role in ensuring the US women’s national team earn the same pay as the men’s side, becoming a symbol for gender equality in sport and in society.

Gareth is a Welsh rugby legend and made history when he became the first openly gay rugby player in 2009. His story is incredible and he has spoken openly and bravely about his battles with homophobia, HIV and mental health issues.

Gareth accomplished so much in rugby but his impact on society transcends the world of sport.

Billie Jean King has been a trailblazer for so many people, demanding equality across tennis and further afield since the 1980s.

She is a legend of her sport and she fought so hard for women’s rights and LGBTQ+ rights. She deserves so much respect for what she has accomplished.

This year marks 50 years of Pride, so it seems only fitting that Metro.co.uk goes above and beyond in our ongoing LGBTQ+ support, through a wealth of content that not only celebrates all things Pride, but also share stories, take time to reflect and raises awareness for the community this Pride Month.

And we’ve got some great names on board to help us, too. From a list of famous guest editors taking over the site for a week that includes Rob Rinder, Nicola Adams, Peter Tatchell, Kimberly Hart-Simpson, John Whaite, Anna Richardson and Dr Ranj, we’ll also have the likes Sir Ian McKellen and Drag Race stars The Vivienne, Lawrence Chaney and Tia Kofi offering their insights.

During Pride Month, which runs from 1 – 30 June, Metro.co.uk will also be supporting Kyiv Pride, a Ukrainian charity forced to work harder than ever to protect the rights of the LGBTQ+ community during times of conflict. To find out more about their work, and what you can do to support them, click here.