NORWICH CITY legend Jeremy Goss famously downed Bayern Munich in a Uefa Cup tie in 1993, as the Canaries became the first and only English club to ever win at the Munich Olympic Stadium.

But after hanging up his boots, and the hero status faded away, transitioning into life after football wasn't easy for the former Wales international. 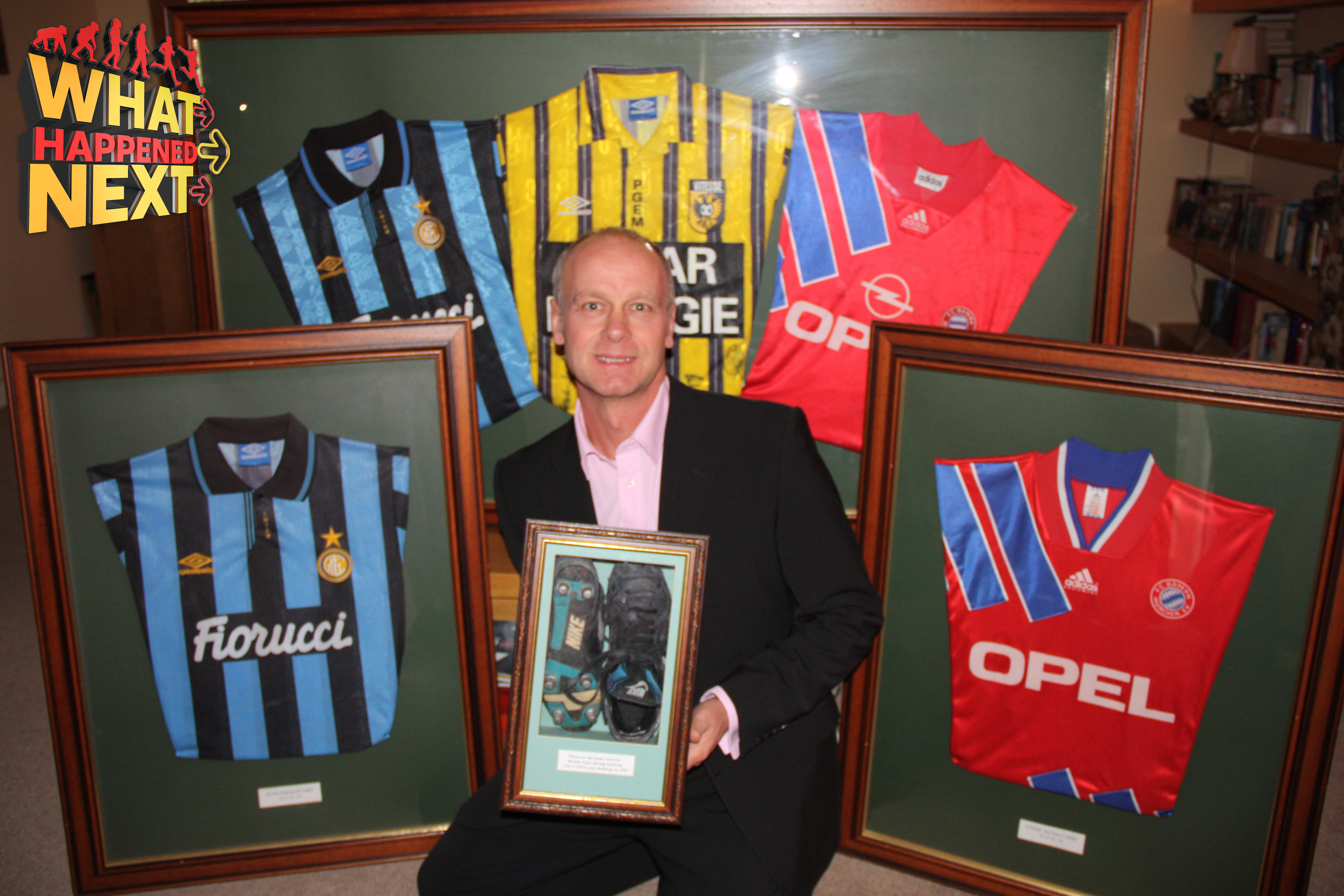 After a stint playing in Scotland for Hearts, followed by non-league football at King's Lynn, he returned to the Norfolk club that's close to his heart to work on his coaching badges in 1999.

However, at around the same time, his wife Margaret gave birth to their twin sons Jacob and Joseph three months premature.

Two hours after they were born, their weight plummeted to 2 pounds and their lives were in the balance.

Goss told SunSport: "I look back with dread, really.

"My sons were born three months premature. We were living in my in-laws' house and at that time I had no job and no house.

"My wife and I were taking care of very sick new-born twins. It was like, 'Welcome to life outside of football.'"

After nursing them to full health, Goss tried his hand at coaching – eager to pass on his experiences as a player to aspiring footballers. Then, behind-the-scenes at Carrow Road, he became Academy fundraiser.

My sons were born three months premature. We were living in my in-laws' house and at that time I had no job and no house. My wife and I were taking care of very sick new-born twins. It was like, 'Welcome to life outside of football.'"

"It was a tough transition from being outside all day training to being inside all day wearing a tie and sitting in front of a laptop," he said.

"It's a big culture shock, and mentally it's tough to get your head round what you're going to be doing on a daily basis. 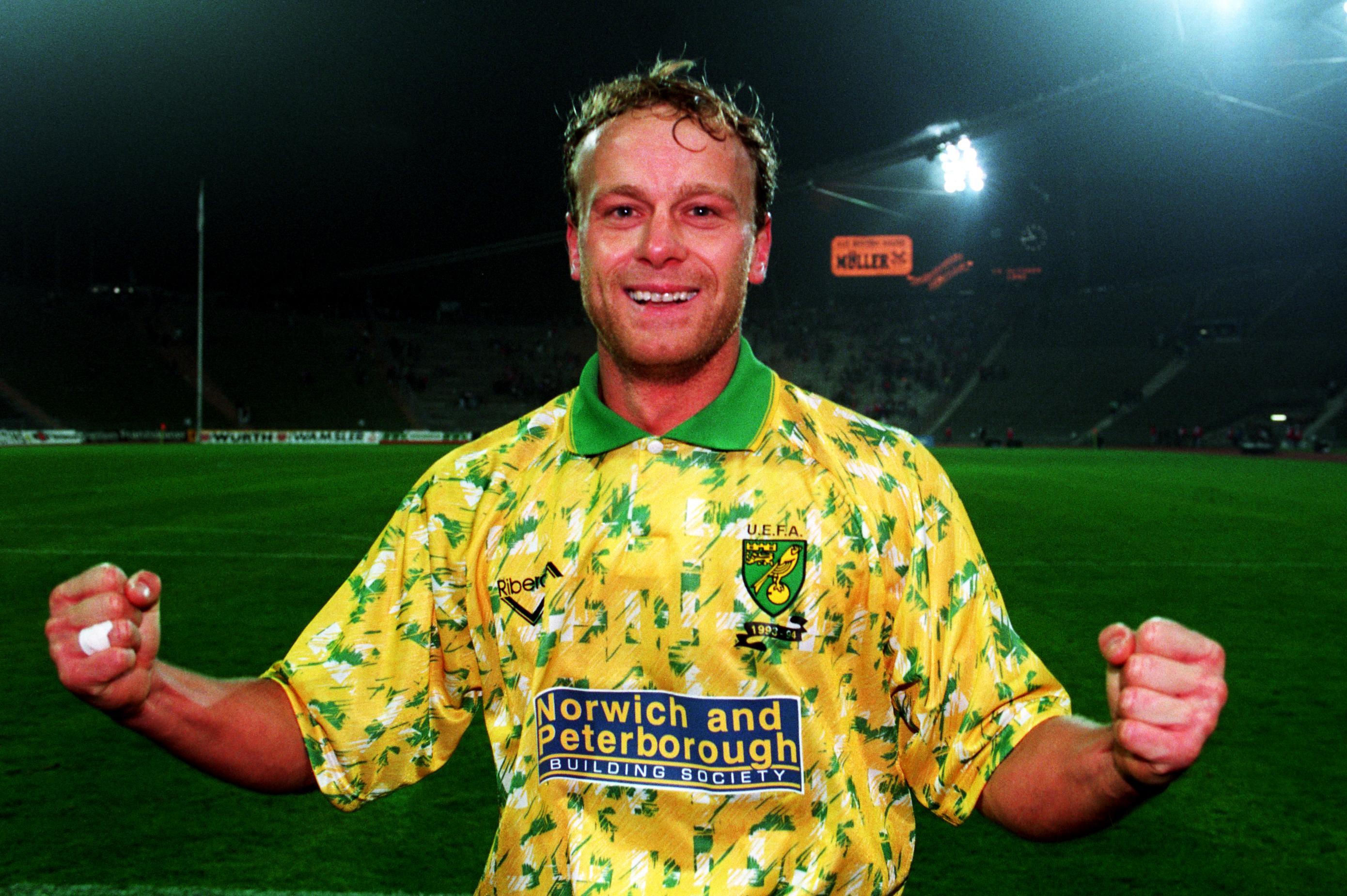 "You have responsibilities, and all for little money. And you do it because you've got a mortgage to pay and have to put food on the table for your family.

"You always think coming out of football, you're going to stay in the game. I did my 'A' licence with Sam Allardyce, Mark Hughes and Mark Bowen, which was a big learning curve.

"But I never really progressed with coaching, the opportunities never came my way and I couldn't chase youth team jobs around the country because of the money and the situation with my family."

In 2010, Goss took on full-time work at the Norfolk and Norwich Association for the Blind, when an ambassadorial role at Norwich City came to an end.

"I was very fortunate enough to meet people from the NNAB and I went in there as a charity fundraiser, which very soon became a job as head of fundraising," he said.

"My role was to build up a department to take the charity forward in terms of income generation, and I'd been in that role for eight years until Easter. Now I find myself back in that position when I'm unemployed."

But one of the biggest fundraisers saw the former midfielder embark on a 1300-mile cycle ride to the stadiums Norwich visited on their epic Uefa Cup run during the 1993-94 season.

"To raise money and the profile of the charity I thought it would be a good idea to use my history at the football club to capture the imagination of the people of Norfolk," Goss told us.

"We did a 1300 mile bike run, which I managed in 10 days. It started at the cathedral in Norwich, I biked to Ipswich where I caught the ferry and went across to Holland. 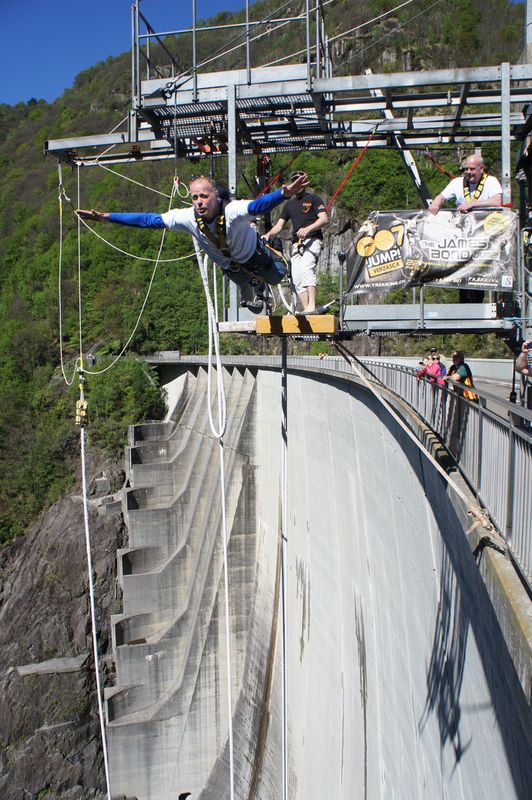 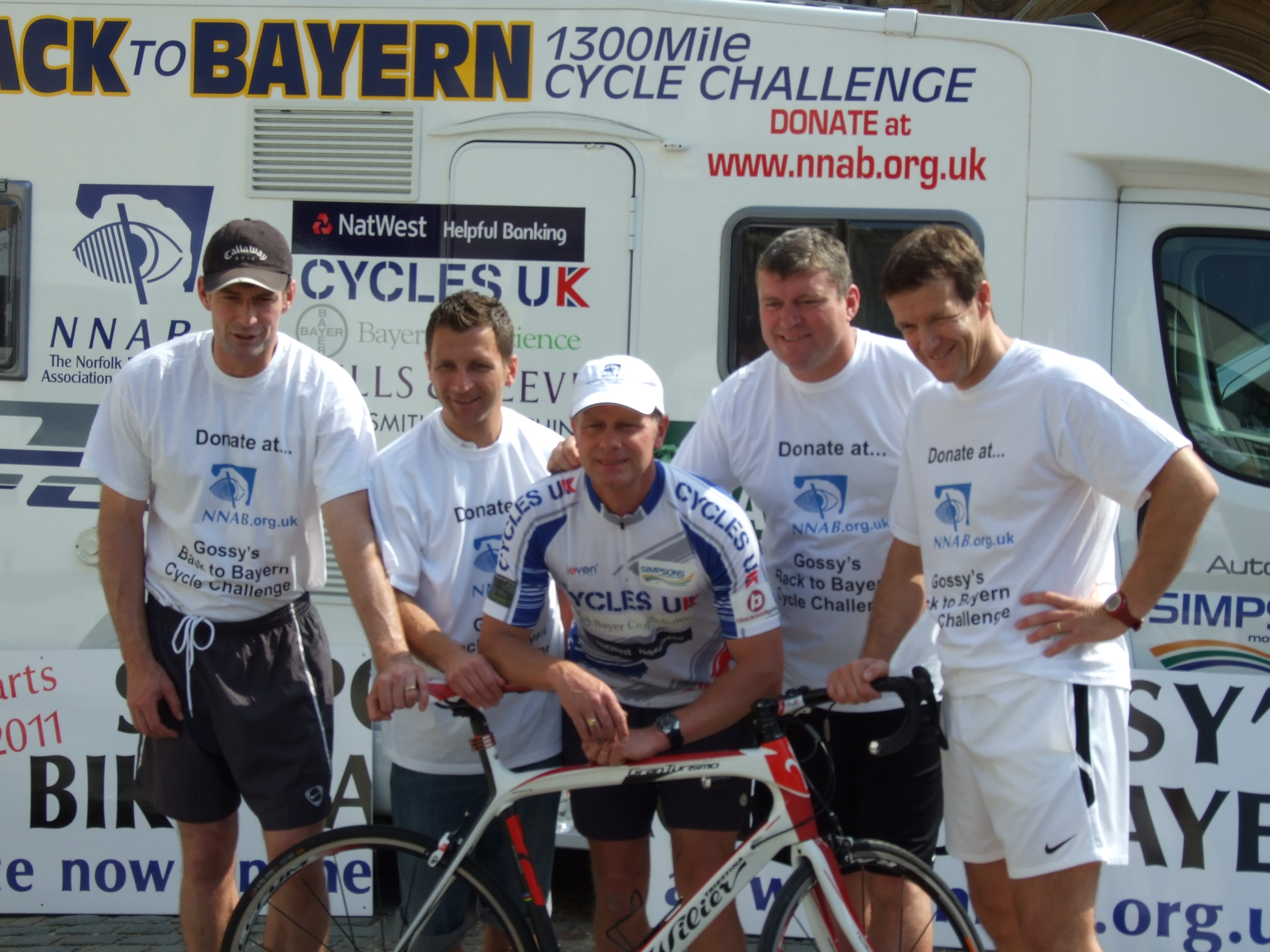 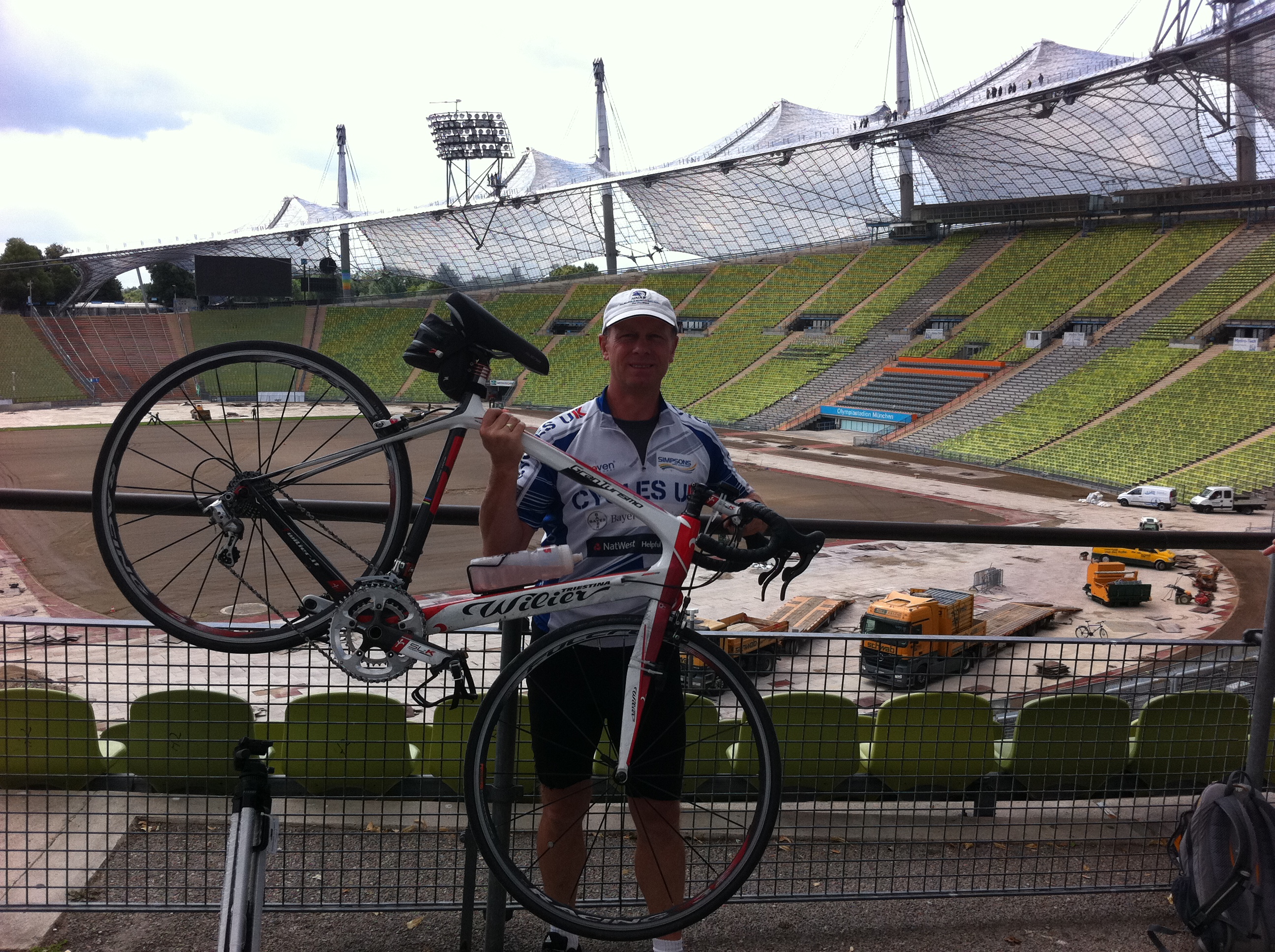 "When we landed on ground, I biked to Vitesse Arnhem where we played our first European game.

"After Vitesse Arnhem, we went south to Bayern Munich's stadium. Then we went over the Alps into Italy and finished up in the San Siro.

Few gave them a prayer, coming up against German icon Lothar Matthaus, but miraculously they returned back to England as heroes, following an inspiring teamtalk from then-manager Mike Walker.

"We had total confidence in our own ability and we had the mentality not to lose that match. 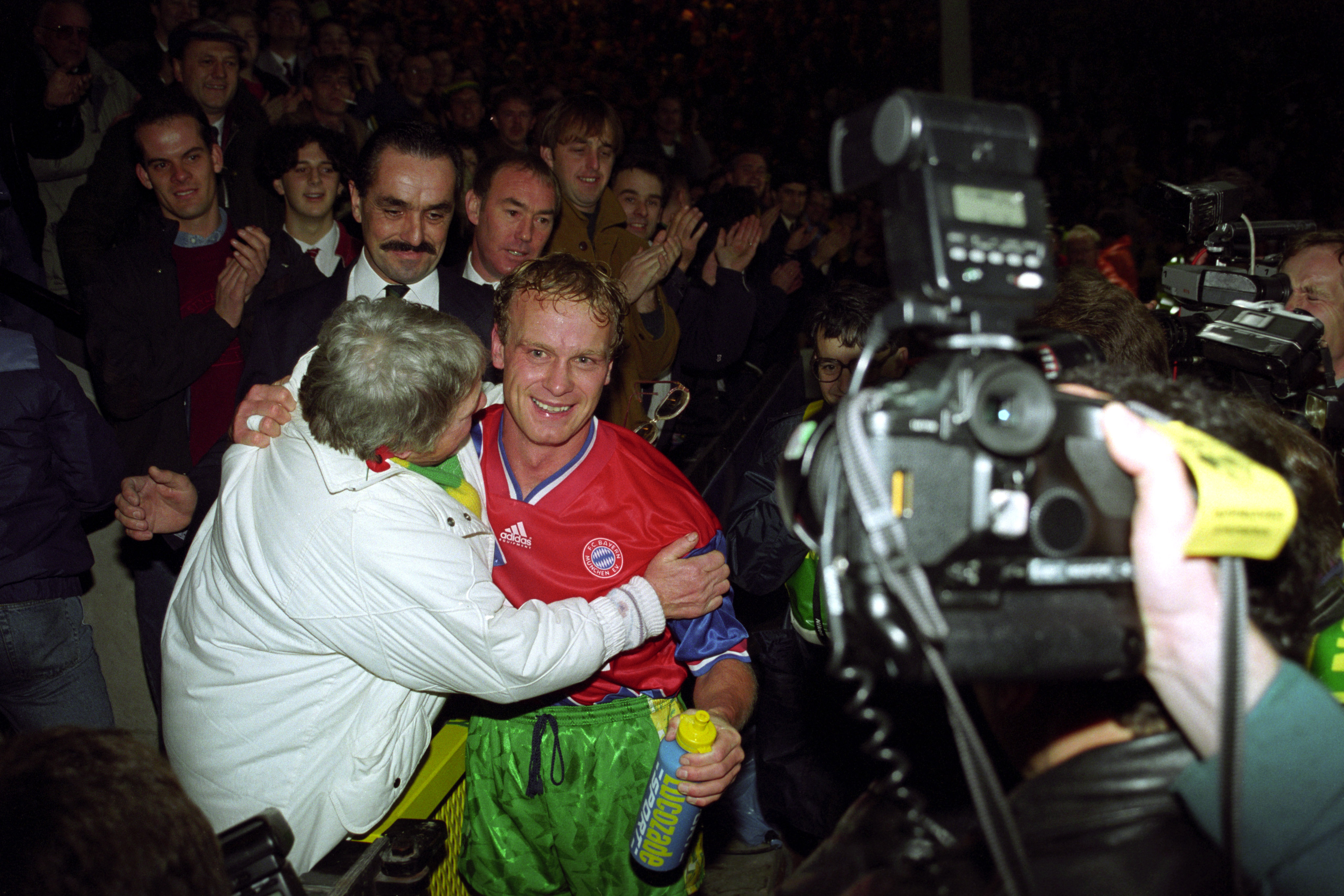 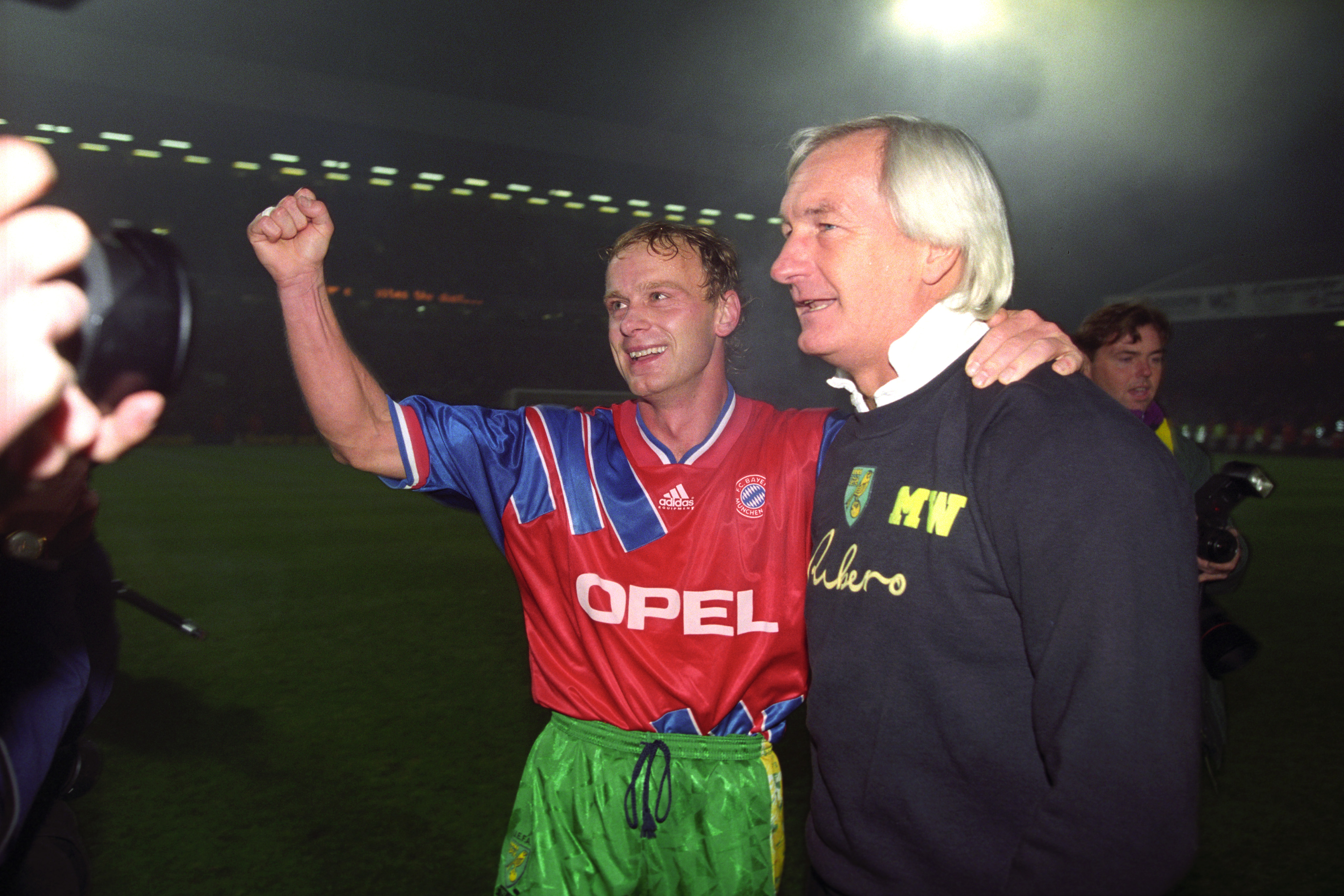 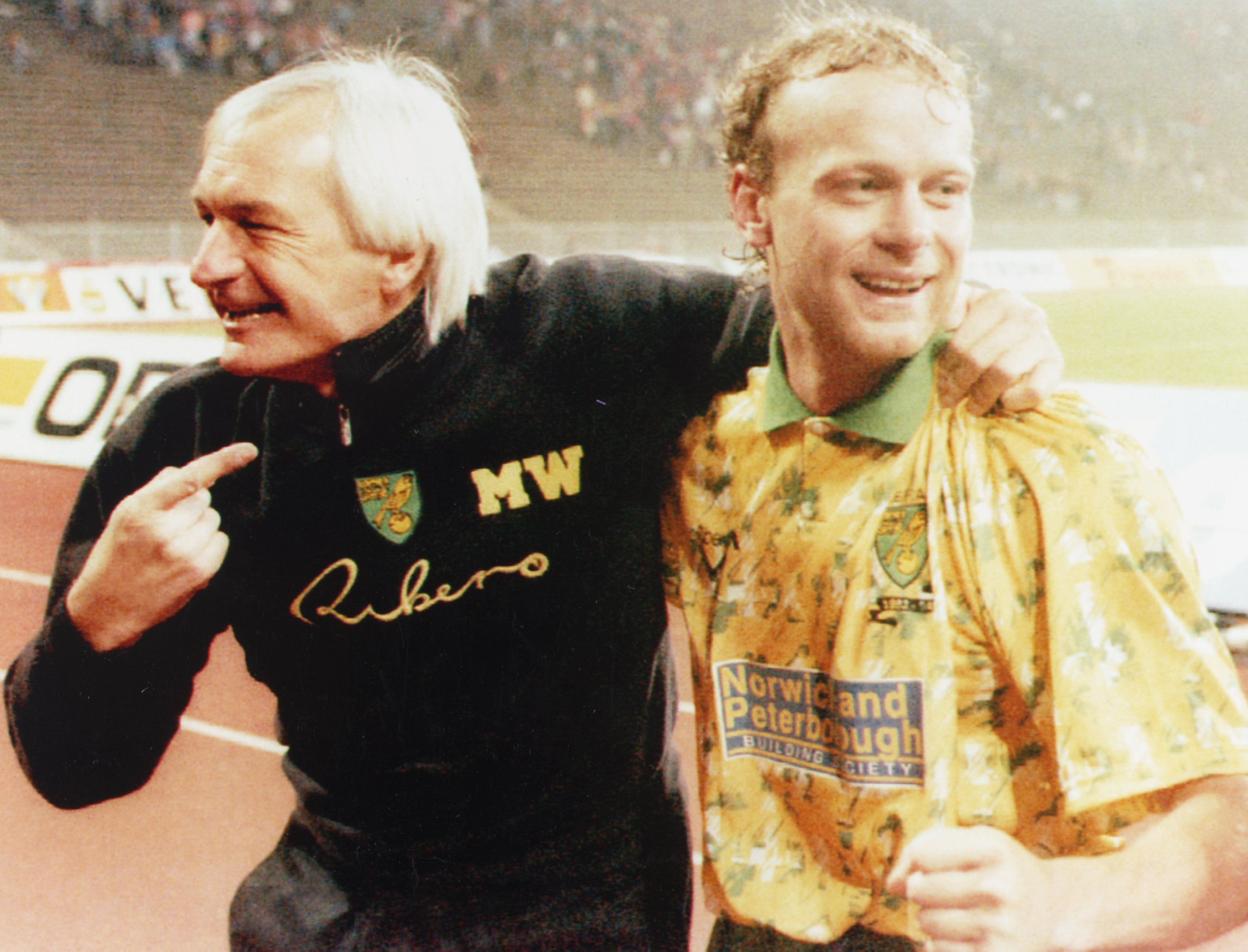 And Goss remembers the goal like yesterday. "Rob Newman on the left-hand side pinged the ball towards Mark Robins, and Lothar Matthaus was peddling backwards.

"Instead of heading it back where it came from, he headed it out towards the edge of the area.

We had total confidence in our own ability and we had the mentality not to lose that game."

"My job was to support the ball all over the pitch, get forward and try and score goals. I read Matthaus knocking it out towards the edge of the area, luckily it went straight towards me and I just hit it. BOOM!

"I didn't think about it, it was just instinctive. I knew I had to strike it first time, so it was just about getting my body shape right and getting the shot on target.

"I think the goal looks a bit better because the goalie never moved!

"When we arrived back at Norwich airport the next day, loads of fans were waiting for us.

"I was given a newspaper, and on the back page there was a picture of me scoring that goal.

"It was an unbelievable photo, but I wasn't happy about it because it wasn't all about me, it was a team performance.

"I felt pretty horrible that I was the centre of attention. Then a local photographer grabbed me, Mike Walker and Mark Bowen and we went out onto the tarmac and we took a photo in front of the plane.

"It was a surreal moment, but the greatest in my career."