When Australia’s richest woman Gina Rinehart pulled a $15 million sponsorship deal with Netball Australia, saying sport should not be used to push social or political views, what she missed, according to experts, is that sport has always had links with politics.

“Modern sport was founded really as a product of the British Empire, which is an explicitly political project built upon race and the spread of culture, as well as muscular christianity,” said Brett Hutchins, professor of media and communications and deputy dean (research) at Monash University.

“So, any notion that we could somehow separate sport and politics strikes me as patently absurd and in opposition to the historical record.”

Even sports in the ancient world are considered to have links to warfare, used for military training.

Debates surrounding whether politics should stay out of sport have re-sparked in Australia this week after test captain Pat Cummins voiced his ethical objections to Alinta, whose parent company, Pioneer Sail Holdings, has been listed as one of Australia’s highest carbon emitters. 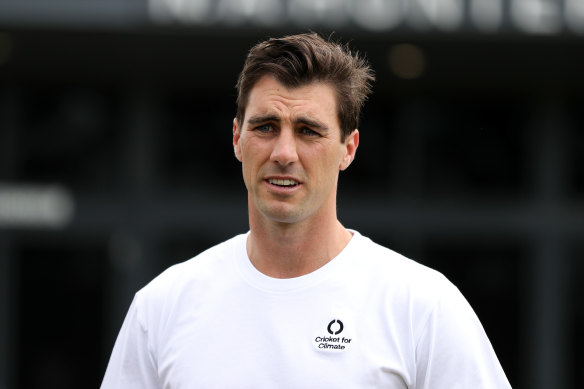 Australian men’s cricket captain Pat Cummins at the launch of Cricket for Climate in February.Credit:Getty Images

Days later, the Socceroos became the first FIFA World Cup side to release a collective statement of protest against Qatar’s human rights record, calling for “effective remedy” for migrant workers and the decriminalisation of same-sex relationships in a video.

“It’s often approached as an ‘either or’ that sport is an escape from so-called everyday life and as a result, it should be immune from politics …[and] at times sport is an effective form of leisure for many, many people, it’s something people do to relax,” said Hutchins.

“But I fail to understand why that would also mean that it is somehow apolitical. The two are not mutually exclusive.

In 2019 experienced surfer and co-founder of Surfers of Climate Belinda Baggs helped rally tens of thousands of surfers across Australia to paddle out to protect coastlines from the threat of oil drilling on the Great Australian Bight.

Baggs says when something is directly threatening impacting athletes’ sports and lives, such as environmental concerns around climate change, they should be supported to speak up.

“My opinion is that athletes are put in a position where they’re looked up to by their peers, society and friends, and so if there’s something that you believe in, we should absolutely be using that platform for good,” said Baggs.

“It’s all great to be inspiring people to get out on the field, or in the ocean in my case, but, you know, if we can’t use it to protect the thing that we’re all so very reliant on, then we’re not going to be playing those sports for very much longer.”

Dr Jamie Cleland, an academic and researcher of socio-cultural issues in sport and senior lecturer at University of South Australia, says the links between sport and politics are being strengthened through social media.

“Sport provides an effective platform to influence some form of change, whether that be social, political, or moral and what we see increasingly is athletes using their platforms to advocate for these particular views,” Cleland said.

“What social media has done is [to] give athletes a platform to advocate their political, social moral views on various topics.”

Cleland added that, through his research, he’s found a vast majority of sports fans “support an athlete’s right to use their platform to advocate for social, political or moral views on any different range of topics”.

“There’s obviously a number of people that don’t think so [but] that’s good. Society is good when there’s a debate taking place,” he said. 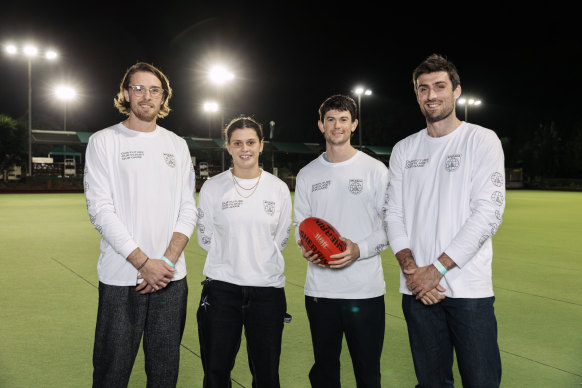 “If you go back through the history of Australian sport, and the arts for that matter, there’s some very high-profile events of that kind [sport and politics]. I guess what’s changed at the moment is that the focus has been more on corporate sponsorship of sports,” said Lawrence.

Lawrence says when it comes to the argument that sporting bodies risk vital money needed to keep their sport afloat by not accepting any large sponsorship deals due to ethical concerns, the same cases were made in the ’80s and ’90s regarding tobacco sponsorships.

Yet when tobacco sponsorship was banned for sporting organisations, teams, and events in Australia, due to ethical and public health considerations, she says, “others stepped in”.

“One of the things about the fossil fuel companies and the reason that they are reasonably prominent is because it’s in their interest to virtue signal. It’s not the other way around,” said Lawrence.

“They are the ones wanting to, in a sense, appropriate the good name of the sports and arts organisations that they associate with themselves so that they can, in a sense, mask the damage they do.”

Baggs said athletes have to make a tough choice at times when it comes to sponsorships they have ethical, moral and social concerns about.

“We’ve had sponsors who have not been kind to the environment, and I think that’s an ethical decision that each player or sportsperson must make is like, are you going to stand by your own beliefs and the future of the sport? Long-term gain, short-term loss,” said Baggs.

For example, Nike continued to endorse American civil rights activist and former NFL quarterback Colin Kaepernick after the controversy with him taking a knee during the national anthem, including making him a figurehead of the 30th anniversary of their “Just Do It” campaign recently.

Cleland said while the brand also has a history of bad publicity for poor working conditions, the endorsement of the sporting star was an act of “getting some form of positivity” regarding “corporate social responsibility”.

“That just shows you that the power that people, that athletes, can have in these major corporations … sport stars are, in a way, becoming very much moral and social influencers in terms of how they make us think about things and make us behave in certain scenarios,” he said.

Emma Pocock, CEO, co-founder and director of FrontRunners, a movement for athletes to work towards a solution to climate and environmental challenges, says athletes often take their position as role models very seriously and more are becoming concerned with social and environmental movements.

“Just in the last few years we’ve had the Cool Down, so we had almost 500 professional athletes sign-on to a campaign calling on the government to halve our emissions, and in the wake of that, we had AFL Players for Climate Action launch with almost 300 AFL players who want to protect the future of their game,” said Pocock.

Pocock says one thing that often gets lost in controversy surrounding the right or wrong debate about athletes giving voice to issues is the reasons behind why they chose to speak up in the first place.

For example, when it comes to climate action, she says, “there’s this whole like, ‘go woke go broke’ backlash and a kind of perception of athletes as the kind of virtue signal … and I think it just kind of misses how much they care about what’s happening to the grassroots of this sport and what’s going to happen to the communities that they love”.

“It’s easy to say that politics should stay out of sport but that doesn’t mean that climate change is going to leave sport untouched. What we’re seeing is athletes responding to their lived experience and what they’re seeing in their communities as well.”

News, results and expert analysis from the weekend of sport sent every Monday. Sign up for our Sport newsletter.