The NCAA did its usual thing Wednesday, covering itself in jargon and policy nuance while the obvious solution to one of its major challenges goes untapped.

Eventually, schools will realize they can’t go on like this. The entire transfer issue that has roiled college sports over the last year is stuck in a morass of waiver request red tape and unnecessary paperwork, and nothing the NCAA did Wednesday is going to relieve that headache.

The NCAA’s latest set of guidelines for granting immediate eligibility to transfers, primarily in football and basketball, is just another temporary fix. It sharpens some of the boundaries and adds a teaspoon of focus into a process that is largely subjective and rife with potential abuse. Like every other time the NCAA tries to paper over the gaping hole in the side of its house, someone will eventually punch through it. 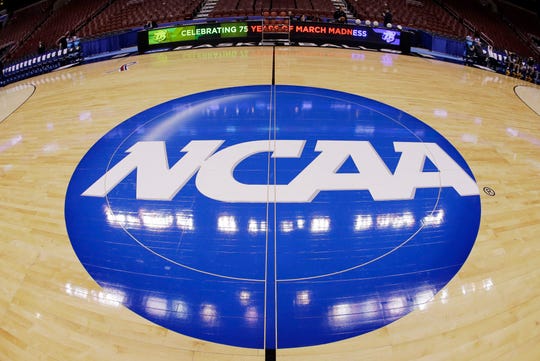 The solution here is so obvious, and so easy, that it almost defies logic schools haven't already pushed for it. It’s time to give college football and basketball players a one-time pass during their career to transfer free and clear — no waivers, no extenuating circumstances, no questions.

While a consensus of athletics directors and coaches isn't yet mentally ready to embrace that step, you can sense in conversations across college sports that it’s coming. This year? Probably not. Within five? Absolutely.

While the NCAA attempted to bring clarity to the waiver process Wednesday with what it characterized as small tweaks — the truth there lies deep in the weeds of NCAA policy wonkism — it’s still as transparent as mud. And the fundamental problem of two seemingly similar cases being adjudicated differently won’t go away, leading to more mistrust and frustration of the system both inside and outside the industry. And it’s going to create mountains of unnecessary work for compliance departments and NCAA staffers whose time could be much better spent on stuff that actually matters.

It’s a reaction to a reaction, which means there will be another reaction. So why not just get to the point here and let everyone play by the same rules?

Well, we know why.

The NCAA, by its very nature, is a highly reactive organization. It’s a lumbering bureaucracy attempting to carry out the will of more than 1,000 schools in disparate spheres of financial strength, academic might and athletic ambition.

When things in college sports defy common sense or seem needlessly complicated, critics of the NCAA often mistake malice or incompetence for a much simpler truth: The NCAA is too big and too democratic to fix stuff proactively or without breaking something else in the process.

We’ve seen that play out with transfers, which have to sit out a year unless, well, there’s a reason they shouldn't. Those reasons used to be pretty limited in scope; most commonly, athletes could get around it if they had their scholarship pulled or an immediate family member had a serious illness that required them to be closer to home.

But more than a year ago, the NCAA allowed a handful of football players who transferred from Ole Miss to be eligible immediately at other schools because they claimed they were misled during the recruiting process about the severity of the penalties the program might receive from an NCAA investigation.

The attorney representing most of the players, Tom Mars, made a very public and compelling case with troves of text messages showing Ole Miss officials and head coach Hugh Freeze had underplayed the threat of sanctions. That put the NCAA in a corner because while it was obvious they should be eligible, there wasn’t necessarily a mechanism to get them eligible — especially because Ole Miss disagreed with the notion it was caught lying.

So a compromise was reached with fancy, vague language that allowed everyone to claim victory: “Documented mitigating circumstances outside of the student-athlete's control.”

Injecting that phrase as grounds for a waiver, of course, caught the attention of others who were attempting to become immediately eligible. A “mitigating circumstance” could be a lot of things, right? And with Mars suddenly becoming the go-to attorney for some high-profile football players, the perception was that more waivers were being granted (even if the percentages were relatively low and not much different than the historical norms).

It has, predictably, led to an onslaught of schools trying to get their transfers eligible on fairly flimsy ground. And why not? If the perception is the NCAA has been lenient on waivers, there’s seemingly an incentive for everyone to take a shot.

But this is particularly silly when the NCAA already allows the one-time free pass transfer in most of the so-called “non-revenue” sports. It’s really just football, men’s and women’s basketball, baseball and hockey where the athletes have to sit out. So the sensible thing to do would be make the rules the same across the board and eliminate the need for waivers altogether.

Sure, there would be details that have to be sorted out. Tie the free pass to being in good academic standing? No problem. Would tampering be a potential issue? Sure, but it already is — and if the original school makes that charge, let a committee in Indianapolis sort that kind of thing out rather than making kids submit extensive medical documentation about a family member’s cancer diagnosis or make some arbitrary distinction about transferring to a campus that's 110 miles from their home rather than 95.

Putting more policy on top of bad policy won't work over the long haul for the NCAA. Schools may not be ready yet to give their most valuable athletes a one-time free agency pass, but they need to get there soon.