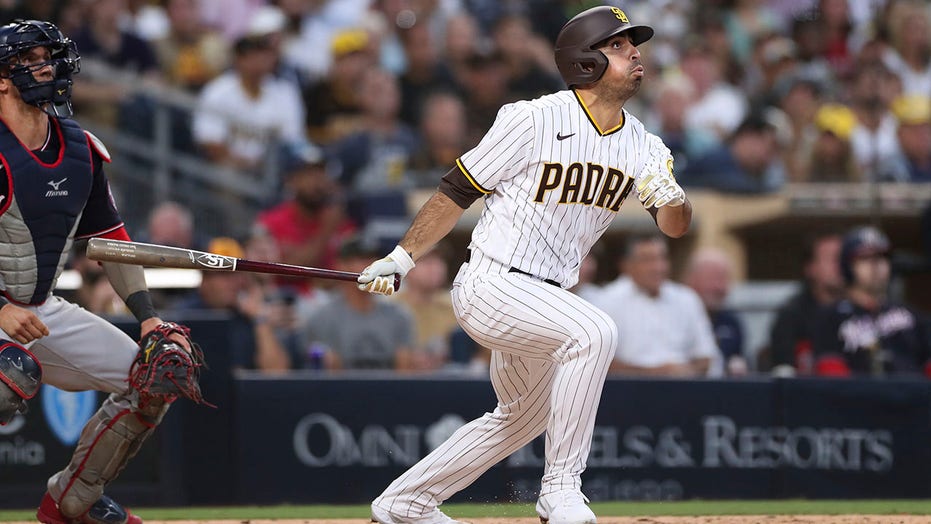 San Diego Padres relief pitcher Daniel Camarena did the improbable Thursday night against the Washington Nationals – hit a grand slam against one of the best pitchers in baseball.

Camarena was making his second career plate appearance when he stepped up to bat against Max Scherzer. Trent Grisham, Eric Hosmer and Wil Myers were on base in the fourth inning when Camarena launched the ball to right field.

Camarena’s home run was a part of a nine-run comeback that ended in a Padres’ 9-8 victory.

“Oh my God, I blacked out,” the rookie said of his home run. “I hit first base and then all of a sudden I noticed the lights were flashing in the stadium and that’s when it kind of hit, like, Oh my God I just hit a home run. Not only that, a grand slam.”

Camarena was put into the game in the fourth inning for Yu Darvish. He said he was just trying to find some space in between the outfielders, “especially against Max, like that’s hard to do, so I was just trying with everything I had to put a ball in play.”

He became the second pitcher in MLB history whose first hit was a grand slam. The first was Bill Duggleby who did it for the Philadelphia Phillies on April 21, 1898.

“Down 8-0 to Max Scherzer, our ace goes out of the game, we get a grand slam from a pitcher just called up today, probably at the top,” Padres manager Jayce Tingler said. “It’s special and that’s why I’m confident we’re going to do special things, just because of the way we fight. We don’t lay down, we just keep going.”