Australia’s Paralympians are optimistic they can capture the nation’s hearts – and eyeballs – on the same scale as the Olympic team did but the team’s chef de mission has warned athletes will face a “more dangerous” situation when they arrive in Japan due an alarming spike in COVID-19 cases.

With the Tokyo Olympics now finished, Australians desperate for another sporting fix – particularly those under lockdowns – can turn their attention to the Paralympic Games, which begin on August 24 and run until September 5. 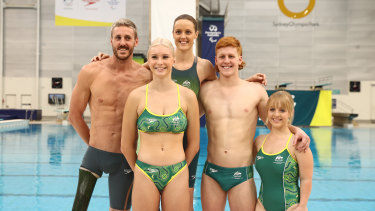 Australia will send its largest ever team of 179 athletes to compete in 18 of 22 sports on offer in Tokyo. The first athletes arrive in Japan on August 18.

The COVID-19 pandemic will again be an unsettling backdrop, but Olympic organisers managed to avoid a mass outbreak in the athletes village, with only 31 positive tests from a population of nearly 15,000 athletes and officials.

However, the COVID-19 situation has worsened significantly in Japan in recent days, prompting Paralympic officials to make the tough decision not to allow athletes to attend the opening ceremony or have dining hall access.

Japan recorded 15,753 cases of COVID-19 on Saturday, the fourth straight day of record infections. The number is roughly three times the peak of previous waves. 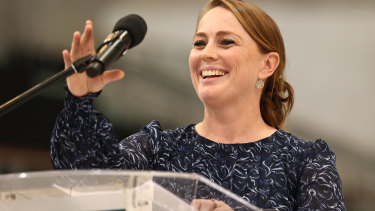 Australia’s chef de mission, Kate McLoughlin, stressed that although the Olympics had been a relatively smooth operation, Paralympians needed to be ultra-cautious.

“[A spike in cases] puts us in arguably a more dangerous position when we arrive in Tokyo,” McLoughlin told the Herald.

“It was a fairly uneventful Games [from a COVID-19 perspective] but I do feel like I need our team not to become complacent. While the Australian Olympic team had no cases and were able to get to the start line … I need to keep reminding our athletes that the protocols are still in place. We can’t rest on our laurels.” 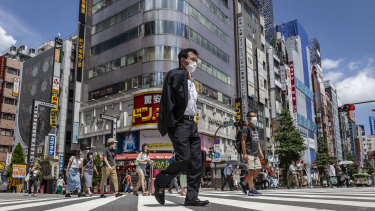 A masked-up Tokyo goes about its daily business. Community infections, unrelated to the Games, have surged.Credit:Getty

Even though every Australian Paralympian is fully vaccinated, McLoughlin said athletes were unlikely to march at the opening ceremony or be allowed in the main dining hall with representatives from other countries.

“I hate it. It wasn’t a decision we wanted to have to make but the concern for us is the transport to and from [the opening ceremony],” McLoughlin said. “The last thing we want is for athletes to become a close contact after attending and not being able to compete.

“The Olympic team had access to the dining hall. Our athletes won’t. That’s going to be really hard for them. We just felt there was too much of a risk.”

Nonetheless, the performance of Australia’s Olympians and remarkable achievement by local organisers to keep the Games afloat has motivated Australia’s Paralympians.

“Because we also did so well at the Olympics, people are really wanting more sport and that’s such a good position to be in for our athletes,” McLoughlin said. “To see them come out and shine was just amazing. It’s really buoyed our team going into Tokyo.

“It’s going to give our Paralympic athletes a lot of confidence knowing that if the Olympians can do it, they can as well.”

With millions of Australians in lockdown, McLoughlin has enjoyed seeing plenty of people point out on social media that the Paralympic Games are less than a fortnight away.

Throw in a favourable time zone and unprecedented Channel Seven coverage – with 16 live stream channels from morning to evening covering multiple sports – McLoughlin agrees Tokyo could be one of the most memorable Paralympics in history.

“I thought, ‘Wow, we’ve come a long way’,” McLoughlin said. “People automatically recognise there is another amazing event coming and that is so good for our athletes.

“What has been lovely is there has been a genuine shift in how they see our athletes.

“It’s also exciting for the kids out there who don’t realise that there is an opportunity to participate in Paras sport. They can see people on TV like them. The kids that are watching today will be the ones competing in [Brisbane] 2032. What an awesome situation.

“Quite often if the coverage has been on one channel in previous years, you’d watch what comes on. Now people actually get to know about what bocce is and what goalball is and other Paralympic sports.”

For McLoughlin, Tokyo will be her second Paralympics as Australia’s chef de mission. She has been working hard to ensure a smooth operation.

“The last three months have been like a massive Tetris puzzle,” McLoughlin said. “You feel like you’ve locked in a plan and within 24 hours it changes.

“We always thought the challenge would be when we got to Tokyo but that almost feels like it’s in order. We’re getting there.”