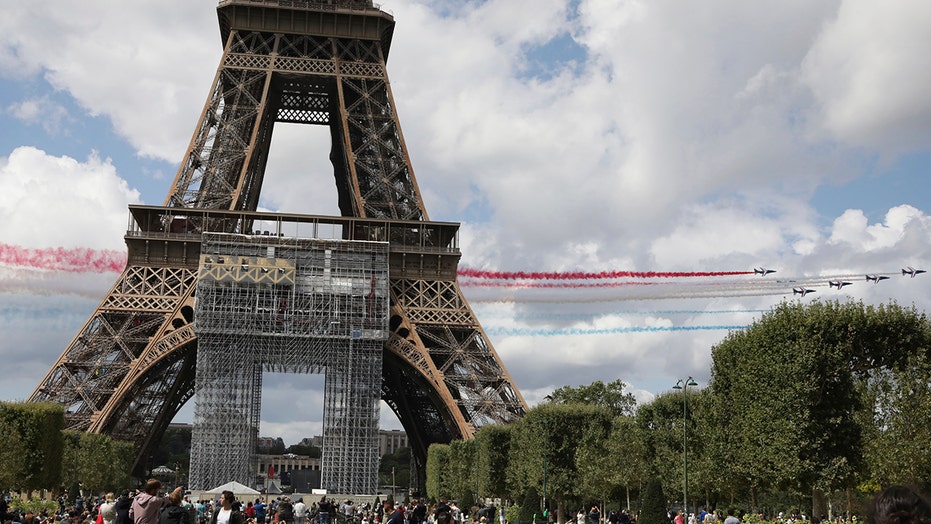 Thousands of people, including medalists who have returned from Tokyo, gathered near the Eiffel Tower to welcome the handover of the Olympic flag to Paris, which will host the Games in 2024.

A flyover by jets from the Patrouille de France (“Patrol of France”) released blue, white and red smoke — the colors of the French flag — in the sky of the capital.

French President Emmanuel Macron was filmed on the top floor of the Eiffel Tower saying the Olympic slogan “higher, faster, stronger” and adding: “Together.”

Organizers planned to unfurl a football-field sized flag with the emblem of Paris 2024 from atop the tower but opted against it due to windy weather.

The event took place during the Tokyo Games closing ceremony, after the Olympic flag was formally handed over to Paris Mayor Anne Hidalgo.

It was followed by a concert performed by French artist Woodkid at the foot of the Eiffel Tower.

Paris will organize the Games 100 years after last hosting the Olympics in 1924.