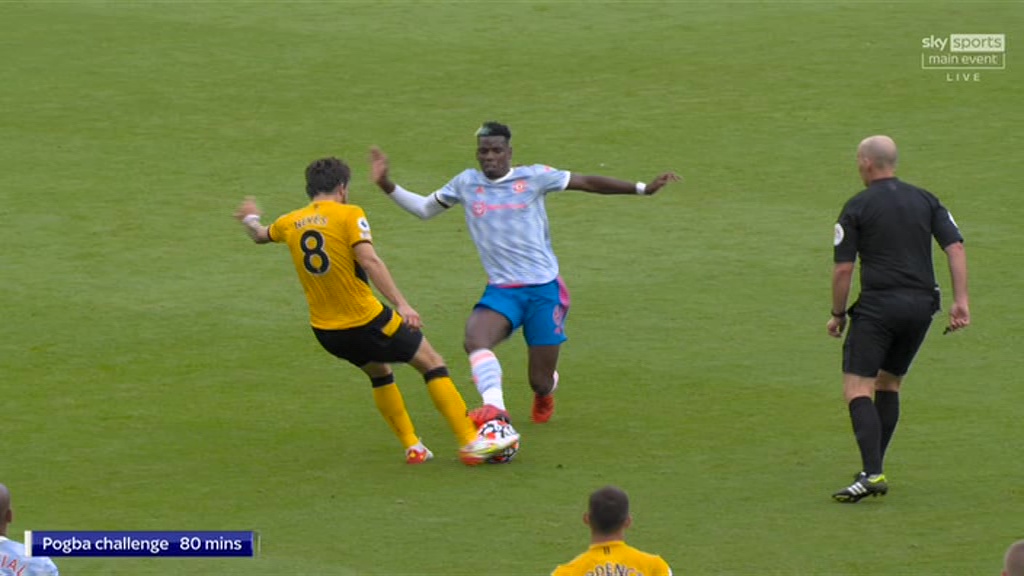 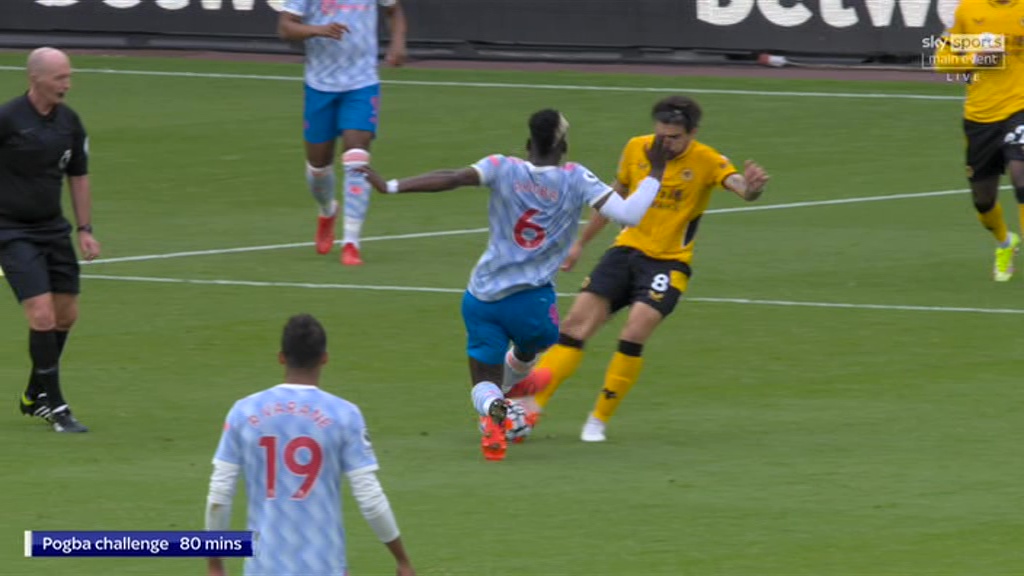 But as United celebrating setting a Prem record of 28 away games in a row without defeat, Souness laid into Pogba and Dean.

He told Sky Sports: "That's a leg-breaker. Anyone who's ever played the game will tell you that's a dangerous challenge."

And furious Neves said: "Everyone saw my leg. We always do meetings and everything about refs and VAR and I don't know why.

"They say before the season they will look for contact and if the contact is strong enough they will give the foul. I show my leg and it is just their decision.

"Maybe before last game because it was a foul before the Southampton goal, maybe  now they do the opposite."

Dumbfounded Souey was astonished Dean failed to intervene as the official was just fee t away, with a clear view of the incident.

He added: It's a foul..Paul Pogba doesn't make any contact with the ball whatsoever.

"Watch how high Paul Pogba's foot is here, and look at the referee's position – he just doesn't see it!

"They've got away with one."

Ex-Manchester United hardman Roy Keane felt Pogba was "off his feet" and "out of control" when his tackle sent neve's shinpads spinning round his leg.

But Keane added: "I think it's a foul but I think Neves is almost too honest.

"If he goes down straight away from the tackle I think he (the ref) would give the free-kick. But… he's delayed his reaction."

"If he'd given the free-kick i don't think one United player would have complained."

But Neves insisted he did not respond instantly to the tackle as he was focused on following the action.

He told Sky: "Delay…Of course. I delayed because I did not know where the ball was going.

"If the ball stays there I need to react but because the ball goes away I go down. I was the one who touched the ball. It is a clear foul, there is nothing more to say. "