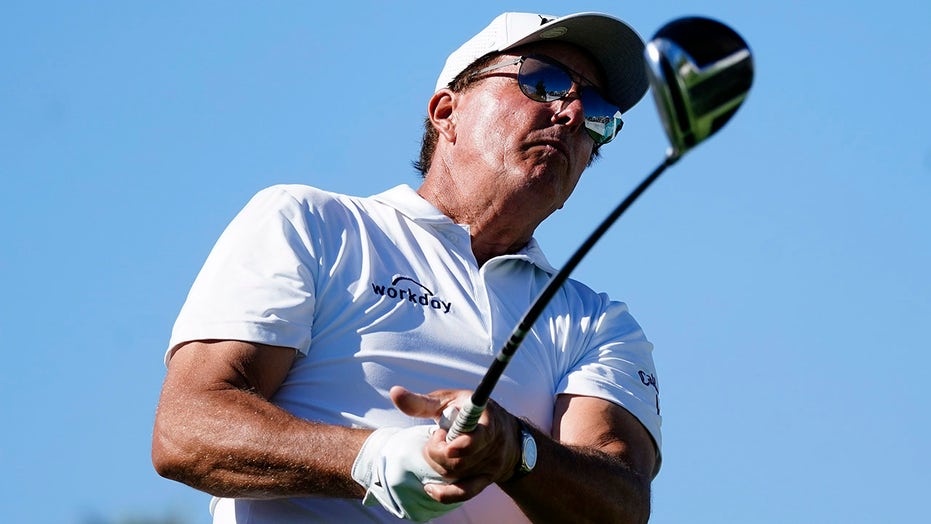 Eli Manning acknowledged the apparent curse surrounding NFL players who have appeared on he and his brother’s “Monday Night Football” simulcast.

The former New York Giants quarterback was talking with Phil Mickelson about the supposed curse, and a graphic appeared on the broadcast that showed six NFL players who have been on the simulcast and the result from their games afterward — all of which have been losses. 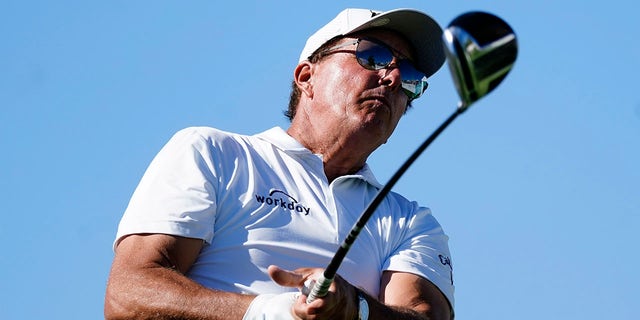 Phil Mickelson watches his tee shot on the first hole during the third round of the Charles Schwab Cup Championship golf tournament Saturday, Nov. 13, 2021, in Phoenix.
(AP Photo/Ross D. Franklin)

“No, I believe that it is a thing, and that’s why I’m not playing next week,” Mickelson said jokingly. “I didn’t know if it would carry over into golf or not. I think it’s real.” 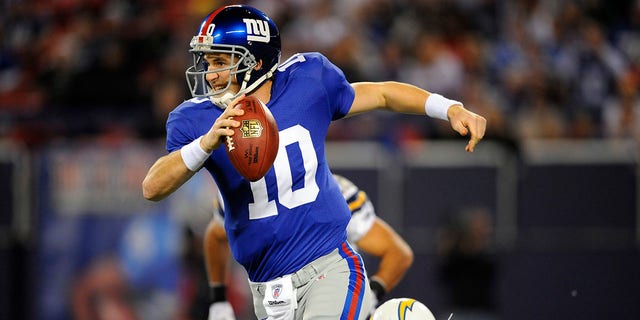 Eli Manning asked Mickelson whether he believed in the curse. (Getty Images)

He added that it’s important to get NFL athletes on the show a week before a bye just in case.

“That’s probably the best way to do it,” he said.

Mickelson was fresh off a victory at the PGA Tour Champions event. On Sunday, he birdied three of the final holes to win the season-ending Charles Schwab Cup Championship. 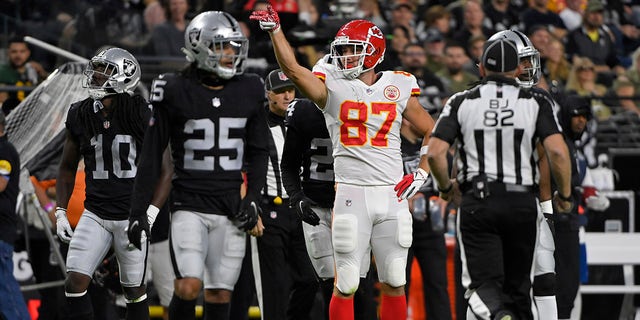 Travis Kelce was among the players who appeared on the ‘Mannnigcast’ this season.
(AP Photo/David Becker)

“It’s been fun for me to play out here and see so many guys that I grew up and spent decades with, life-long friends,” he said. “Then to play well and have some success is very meaningful.”