Boris Johnson held a rousing video call with four of Team GB’s athletes ahead of the start of the Olympics.

Sources say the conversation was based around each athlete’s event and there was also talk of the success of the vaccination programme, and the assistance it has provided to Team GB’s travelling party.

Chef de Mission Mark England introduced the Thursday call, with the quartet talking to the Prime Minister from their 12-storey accommodation by the side of Tokyo Bay.

Mr Johnson was said to be in high spirits, and wished all of those about to represent the country well. 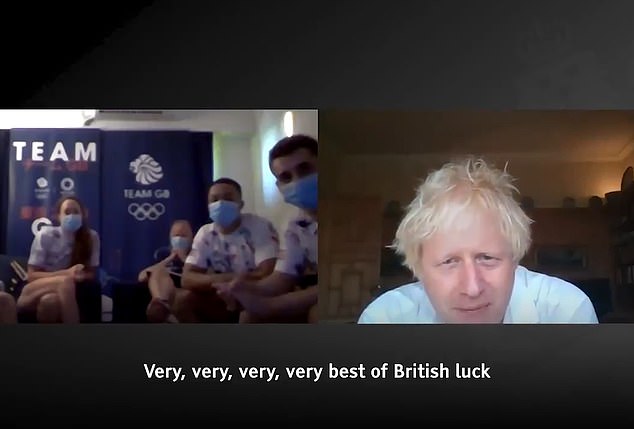 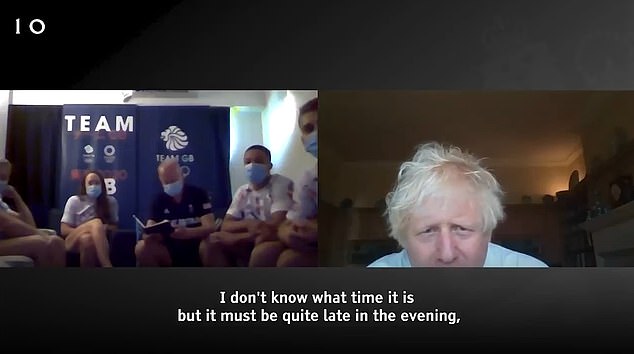 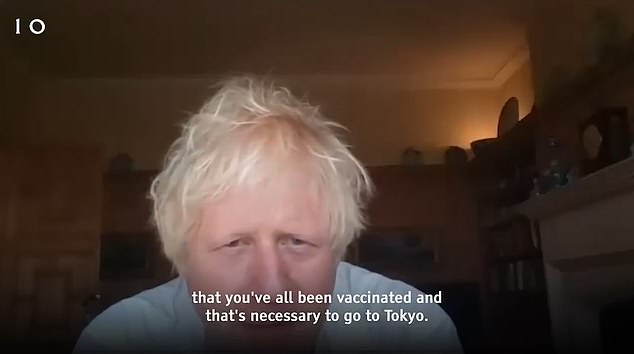 Meanwhile, officials are growing increasingly concerned that Team GB’s ‘pinged’ athletes will have to remain in quarantine for 14 days.

The ‘Yokohama Six’ have been self-isolating since a passenger on their flight to Tokyo tested positive last week.

The group are permitted to train but have to lead a lonely existence in their hotel rooms, and steeplechaser Zak Seddon spoke out last week to say he was ‘struggling’ in isolation.

Despite producing more than 12 negative Covid tests, he has been largely confined to his room ‘bar a few socially-distanced hours a day’ while training. 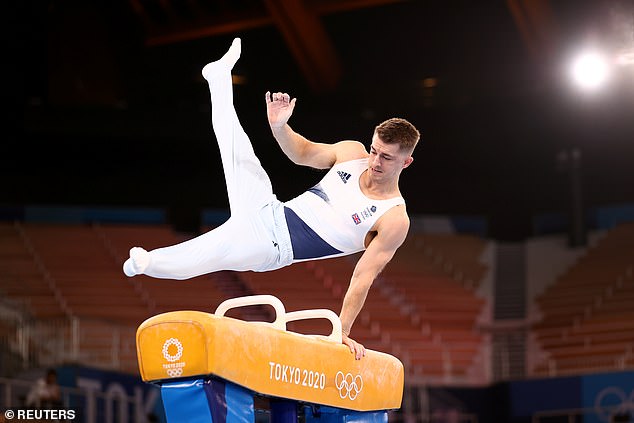 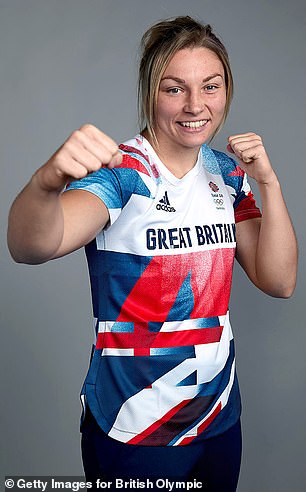 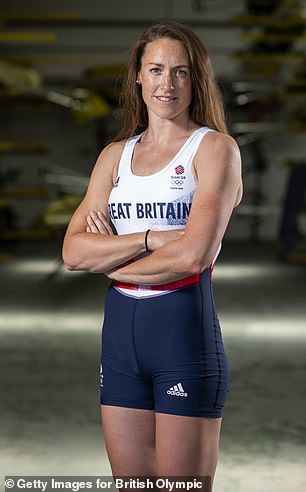 Exasperated British Olympic Association officials have been seeking urgent clarity from Tokyo 2020 bosses over when the group can return to a form of normality. And it is understood they remain frustrated and are facing the growing prospect that those affected – who can compete – will have to remain in isolation for 14 days.

BOA chairman Hugh Robertson acknowledged what is a tricky situation. ‘We’re working on it on an almost hourly basis,’ he said.

‘To be completely honest, I’d be lying if I said we were making a whole lot of progress.

‘I think where we have succeeded in the things we’ve managed to do – where some others haven’t – is to get a concession from the local authority in Yokohama that, even though they are in quarantine, they can actually train.

‘There are athletes around the world who are just sitting in their hotel rooms. At least ours can get out. 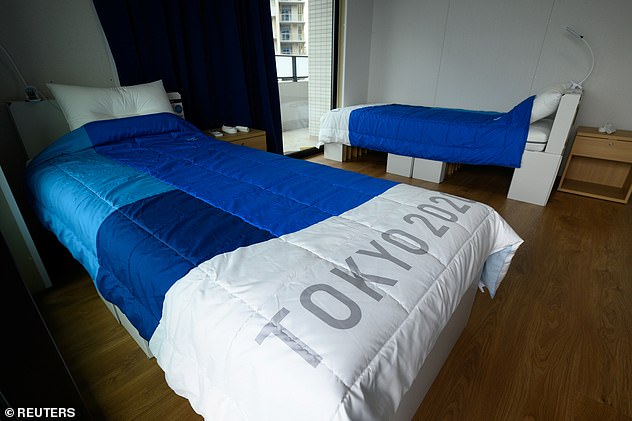 ‘They can train. I know it’s rotten for them. It’s incredibly difficult, but at least they can get down to the stadium and train and spend a reasonable amount of the day down there.’

Robertson added that they were close to admitting defeat.

‘In terms of getting the quarantine lifted, moving to a different system, we’re right up against it with that,’ he explained.

‘We’ve tried the various committees, we’ve tried direct approaches, we’ve been at it through the International Olympic Committee. I’d be lying if I said at the moment that we’re very confident we’re gonna get a whole lot of movement.

‘But at least they can train, and at least we have a roadmap to get them to the start line in order to compete at their events. It’s six of one, half a dozen the other. Some progress, but we’re not where we want them to be.’

Earlier this week, gold medal prospect Amber Hill suffered heartbreak when she tested positive ahead of her trip to Tokyo. And UK Sport chief executive Sally Munday said the devastated shooting favourite was being looked after. 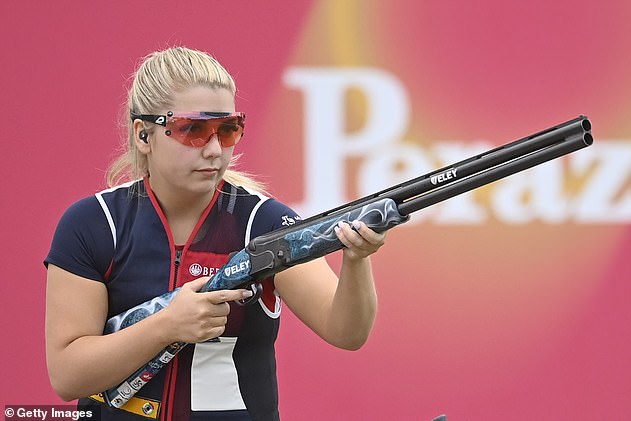 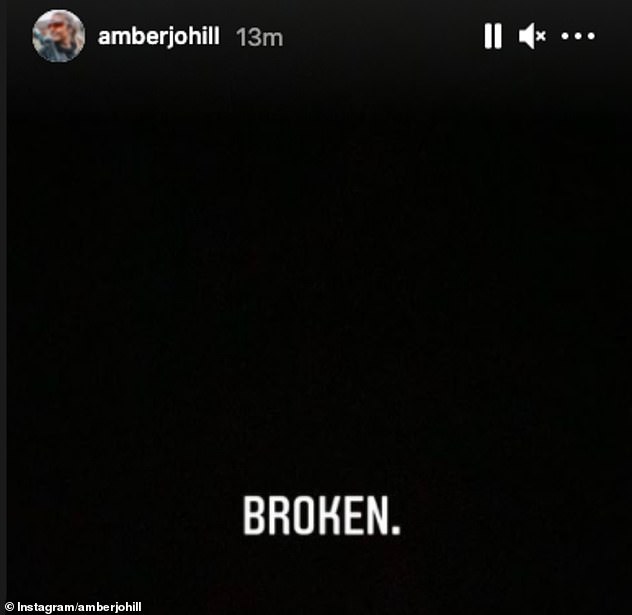 ‘The number one priority for us is how we are taking care of Amber,’ she said.

‘And how is the sport able to support her at what is absolutely a devastating time for her after the training that she’s done. The reaction for me, when I heard that news, it just kind of left me cold.

‘The athletes have worked so hard for this, and the sports, the national governing bodies have done an incredible job over the last 18 months to enable the athletes to train.

‘Our absolute number one priority, and all we’ve been thinking about to be honest, is how do we support her, to make sure that she’s okay? And how do we support them in making sure the wider team is not too negatively affected by that news, which must have been upsetting for everybody.’