THIS was supposed to be the nasty group.

Of the four English teams in the Champions League, the warning lights were flashing for Liverpool when they were put together with Porto, AC Milan and Atletico Madrid. 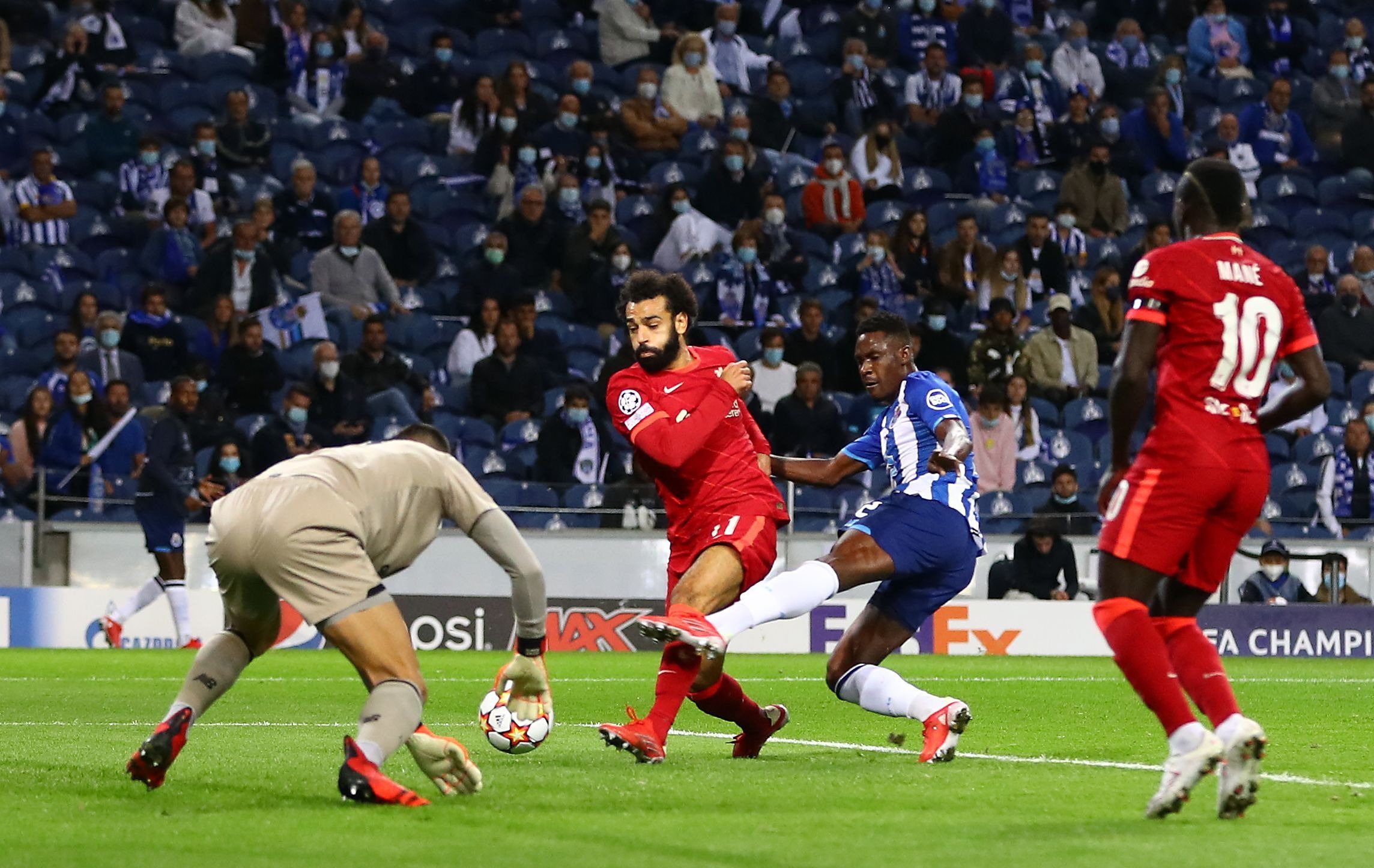 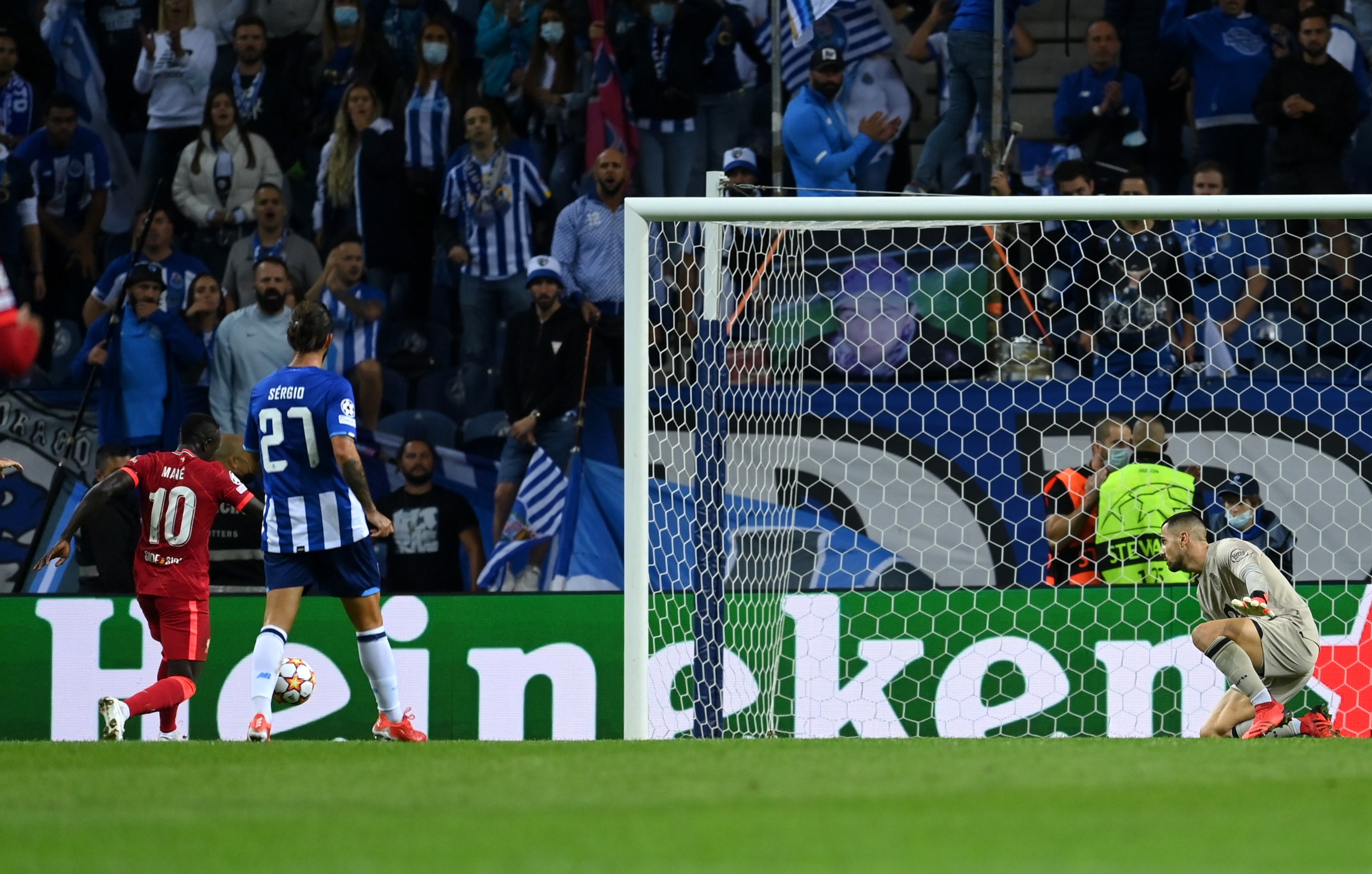 Yet Jurgen Klopp’s team, once again, already look dead certs for the knockout stages after making light work of Porto. Once again.

A thrilling, nerve-shredding win over Milan in the opening round of Europe was followed here in Portugal by a remarkably easy win courtesy of some laughable defending by the hosts and clever play by the Reds.

Equally, it also helps when Mohamed Salah is in your team.

Incredibly, Liverpool have now smashed 14 goals past Porto in their three games here and while this team oozes European experience, 20-year-old Curtis Jones proved – yet again – that he is going to be one hell of a player. He already is, to be fair.

But Salah has still been the headline story of Liverpool’s season. Having reached his century of Premier League goals for Liverpool in the 3-3 draw with Brentford, edged towards another record last night with his 28th and 29th Champions League goals.

As he threatens to tear all of the Liverpool scoring records apart, Salah is just one goal behind Steven Gerrard, the club’s top scorer in the competition.

And his blistering form also serves as a warning for Manchester City with the teams meeting at Anfield this Sunday.

In Europe, Liverpool’s next outing is away to Atletico on October 19, but even if they suffer a wobble in the Spanish capital, it seems highly unlikely – from what we have seen in Group B so far – that Klopp will have too many problems.

This was Liverpool’s third visit here to the Estadio do Dragao in the space of three-and-half years.

The team recorded impressive 5-0 and 4-1 wins, both in the knockout stages, to silence a notoriously rowdy crowd but there was a different atmosphere yesterday as there was social distancing in the stands.

Missing for Liverpool was Trent Alexander-Arnold who has suffered a groin issue and he also looks set to miss Sunday’s battle with City.

Porto also suffered one major blow in the warm-up when 38-year-old captain Pepe, who had been struggling with a muscle injury, pulled up with a problem in the warm-up.

And they had to reshuffle again in the 14th minute when right-winger Otavio, their best player, also suffered a problem.

Shortly after, in their first defensive mistake, Porto were punished.

Jones, who looks as though he has been playing in this Liverpool midfield for years, cut in from the left as the home defence stood off him. 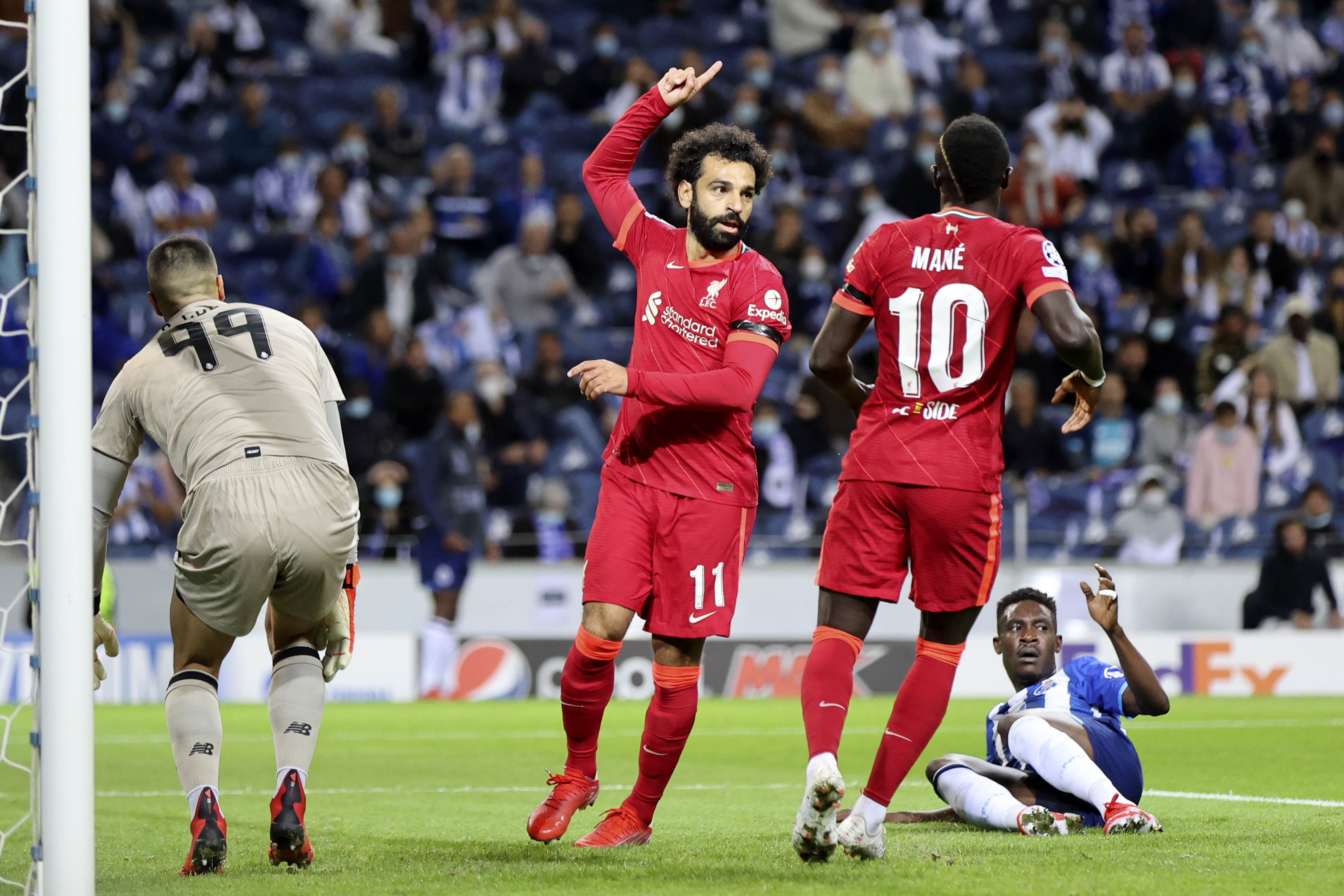 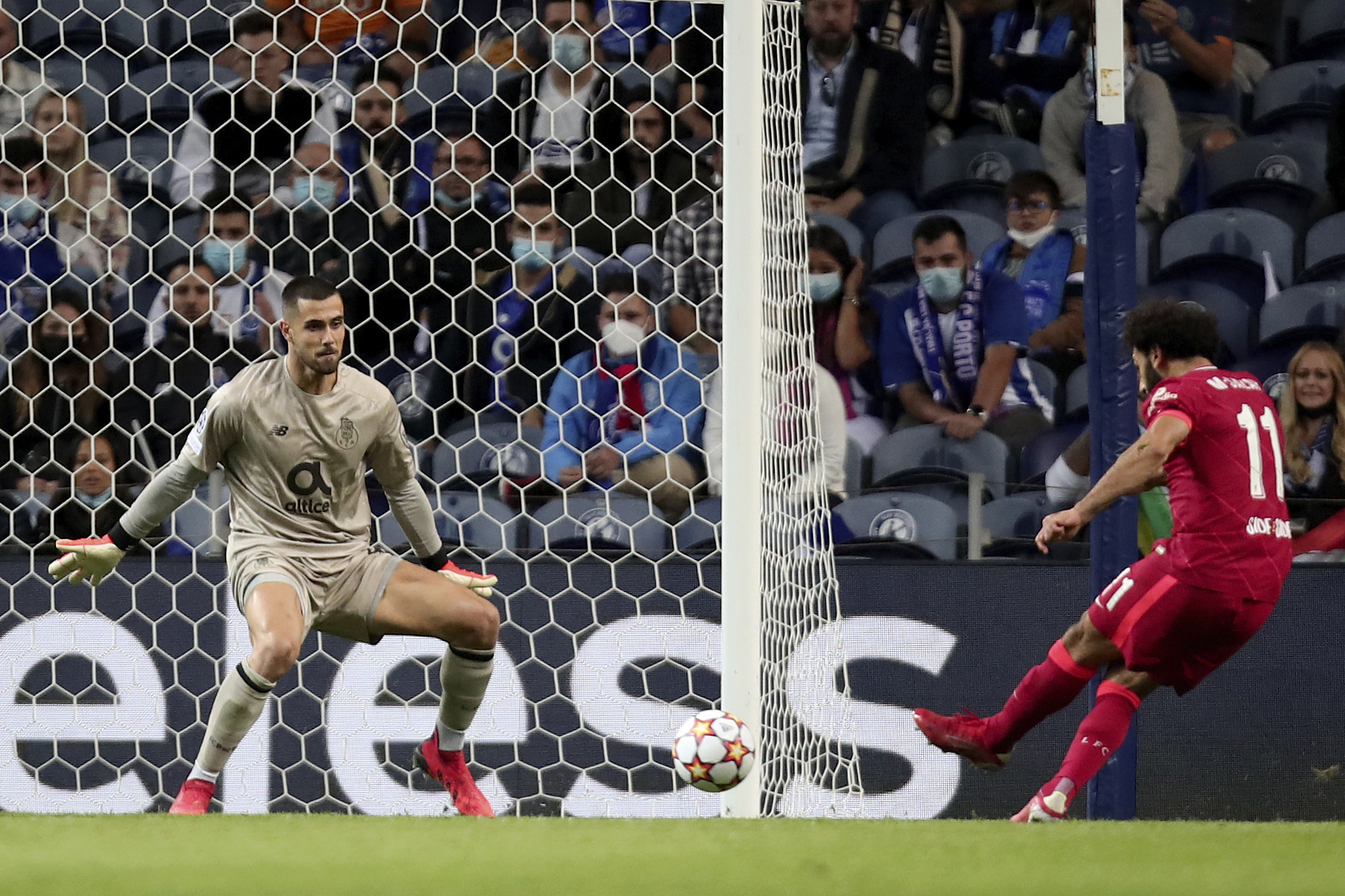 His shot was parried by keeper Diogo Costa, left-back Zaidu made a complete mess of a clearance and Salah was handed a simple chance to poke the ball in.

Goal number 28 in the Champions League came in only his 48th appearance but another one would follow later.

Keeper Costa saved one effort from Andy Robertson and delivered an outstanding stop to tip over Jordan Henderson’s effort which was arrowing towards the top corner.

Yet that stop purely delayed the inevitable as Porto displayed some major weakness without veteran Pepe organising the defence.

It was another easy goal, this time for Sadio Mane, who could not believe his luck as the Porto defence and their keeper left James Milner’s cross for each other.

There was a VAR check for offside but it was always going to stand and hardly surprisingly, the home fans started to turn on their team.

The second half felt more like a training ground exercise and the third came on the hour when Jones delivered the finest moment of the game. 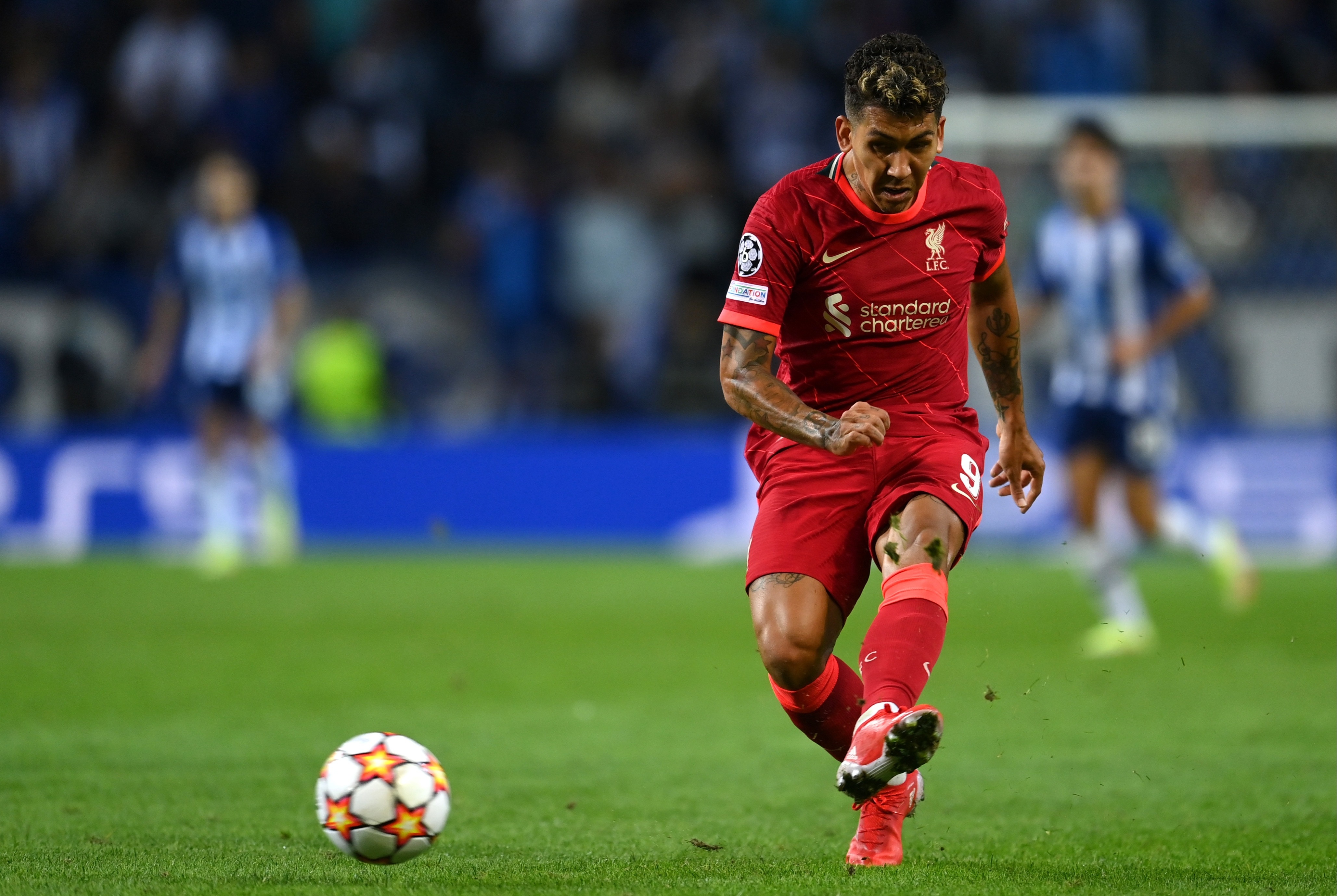 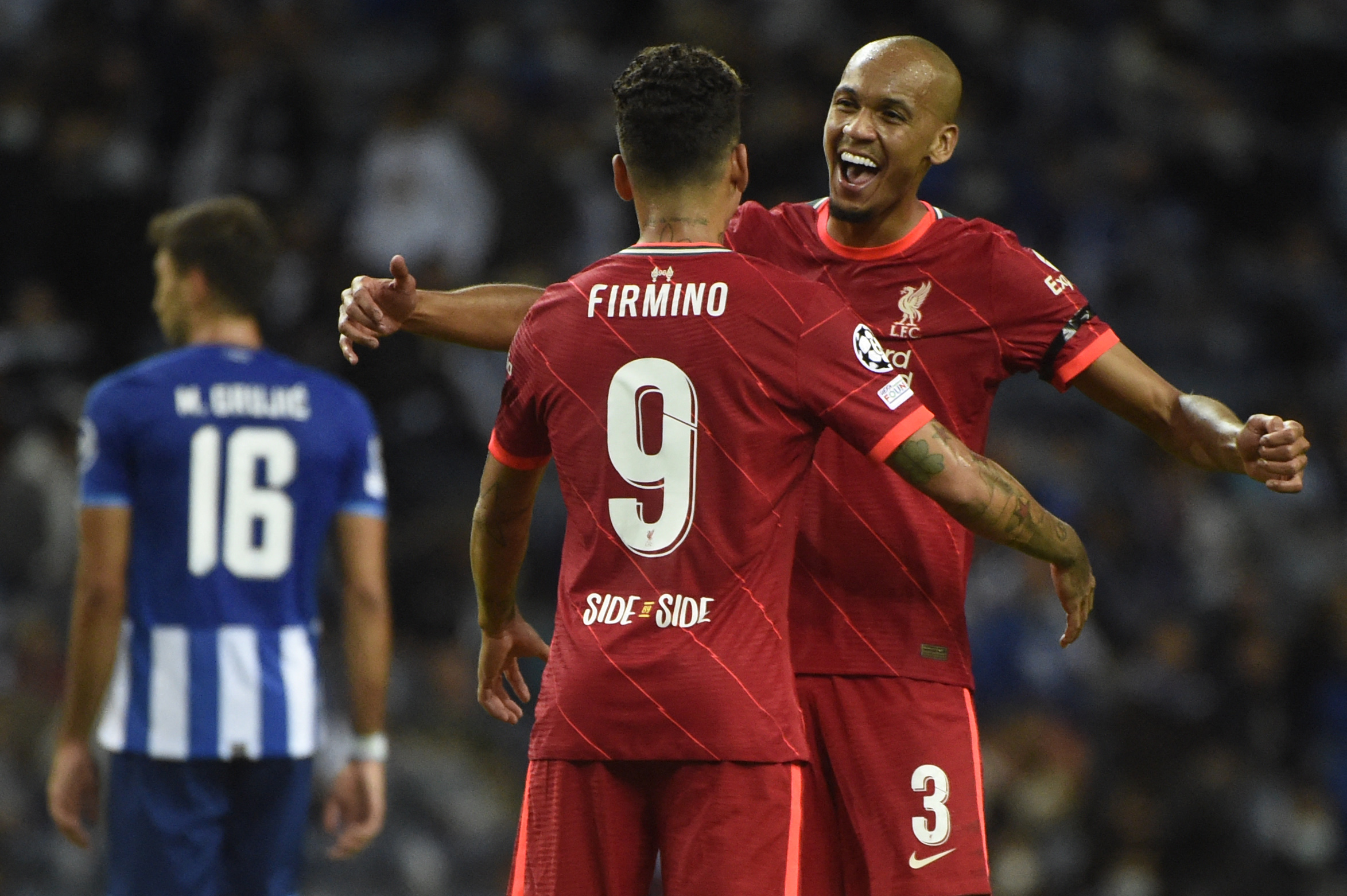 He won possession in his own half and carried the ball effortlessly towards the edge of the home area and he spotted an unmarked Salah who took one touch before burying the ball through the keeper’s legs.

Alisson was finally beaten by a header from Mehdi Taremi following a move down the right although Liverpool’s defending was sloppy.

Substitute Roberto Firmino made the most of an moment of comical decision-making by keeper Costa who charging off his line and the Brazilian rolled the ball towards the net from 40 yards.

The outstanding Jones was involved in that move and although he deserved a goal, his his shot rebounded towards Firmino who curled the ball into the corner.

After being flagged offside after an incredibly long wait, the goal was awarded.

What another remarkable victory in the second city of Portugal although you would expect Liverpool’s defence to be handed a far tougher test when City arrive in four days’ time.

Equally, having started the season in the way they finished last term, Liverpool currently look as though they will put together a much better challenge from last season.

The Manchester City bus driver will not be the only person terrified about the trip to Anfield on Sunday. Pep Guardiola and his team also have every reason to worry.