PARIS SAINT-GERMAIN have sensationally turned down a £91million offer for Neymar from Real Madrid, that also involves three of Los Blancos' top stars, according to reports in France. 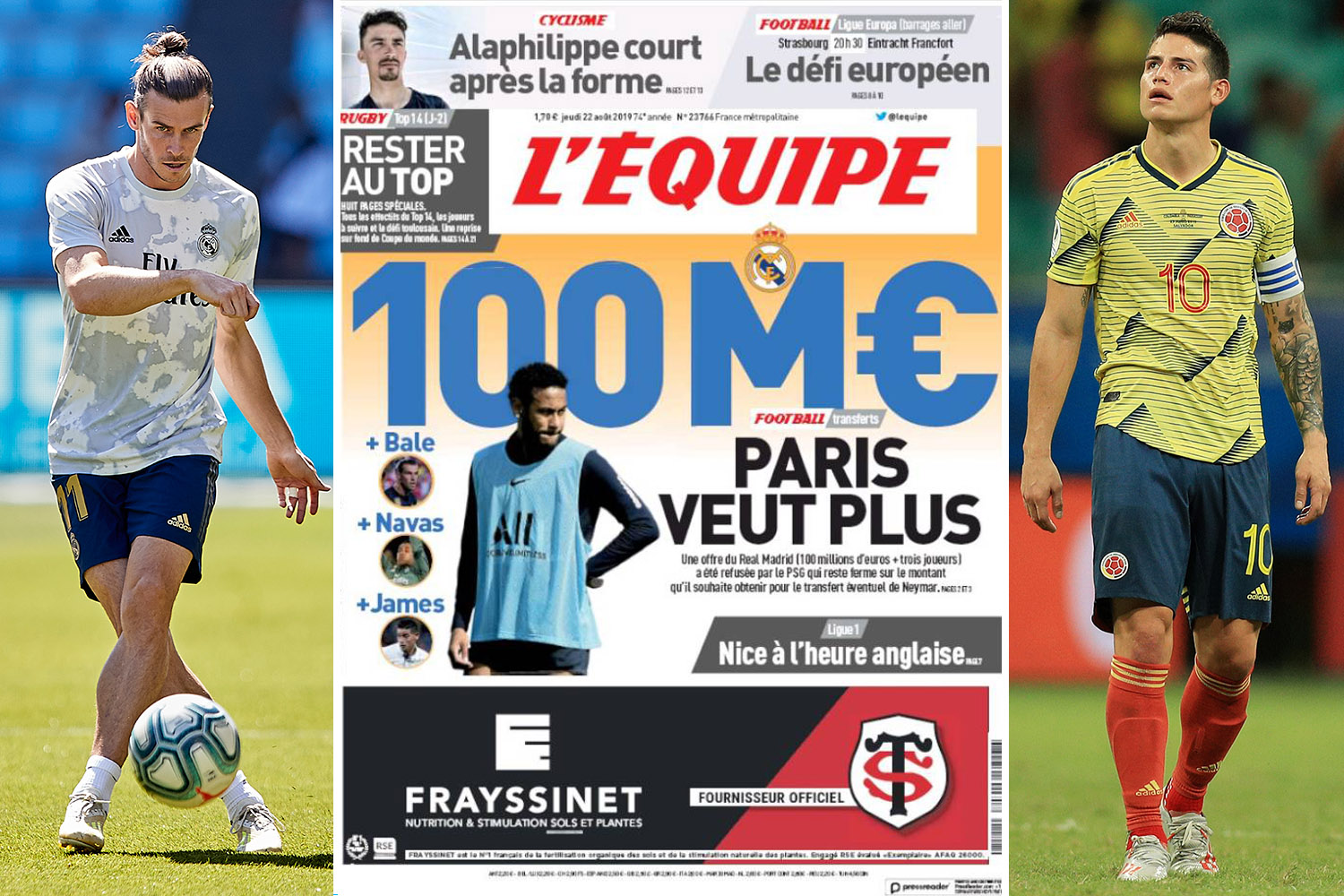 Neymar appears desperate to leave PSG just two years after his arrival as the planet’s most-expensive footballer from Spain.

But L'Equipe reports that Madrid have seen a stunning players-plus-cash offer for the 27-year-old rejected by the French champions.

The total cost of the transfer could be worth a staggering £199m, with Transfer Markt valuing Bale at 54m, Rodriguez at 45m, and an extra 9m for Navas.

The unwanted trio have all been deemed surplus to requirements at the Bernabeu, with MARCA first revealing the club needed to get rid of the trio to make room for Neymar.

Welshman Bale, 30, is the highest earner on the transfer list but saw a lucrative switch to China fall through after Madrid pulled the plug.

Rodriguez, 28, is still a target for city rivals Atletico, as well as Napoli, the latter in the market having missed out on Arsenal star Nicolas Pepe.

PSG boss Thomas Tuchel had also reportedly eyed Navas as a replacement for Gianluigi Buffon, with the Costa Rican unhappy at playing second-fiddle to Thibaut Courtois.

Meanwhile, Neymar, who has already felt the wrath of fans following his public comments pining for an exit, remains locked in a transfer tug of war.

Barca were believed to be front-runners for the Samba star’s signature after lodging a loan bid with an option to buy for £137m next summer.

Yet it is understood PSG rejected the offer and insisted Neymar can be loaned out, but only with the obligation to buy the player for £200m next season.

The two clubs are still locked in negotiations and will continue to talk for the coming days.

Italian champions Juventus, who signed Cristiano Ronaldo for £99m last summer, are also in the race for the PSG star.

Wantaway forward Paulo Dybala is thought to be a bargaining chip for Old Lady bosses, who are also willing to pay £95m outright for Neymar.

However, the French champions do prefer a straight cash deal to reinvest in their squad.