ALFRDO MORELOS made a young fan's wishes come true as he carried him onto the park before Rangers' 5-0 win over Hearts.

Morelos grabbed the opener as Gers thrashed the Jambos at Ibrox to move to within one goal of Celtic at the top of the table. 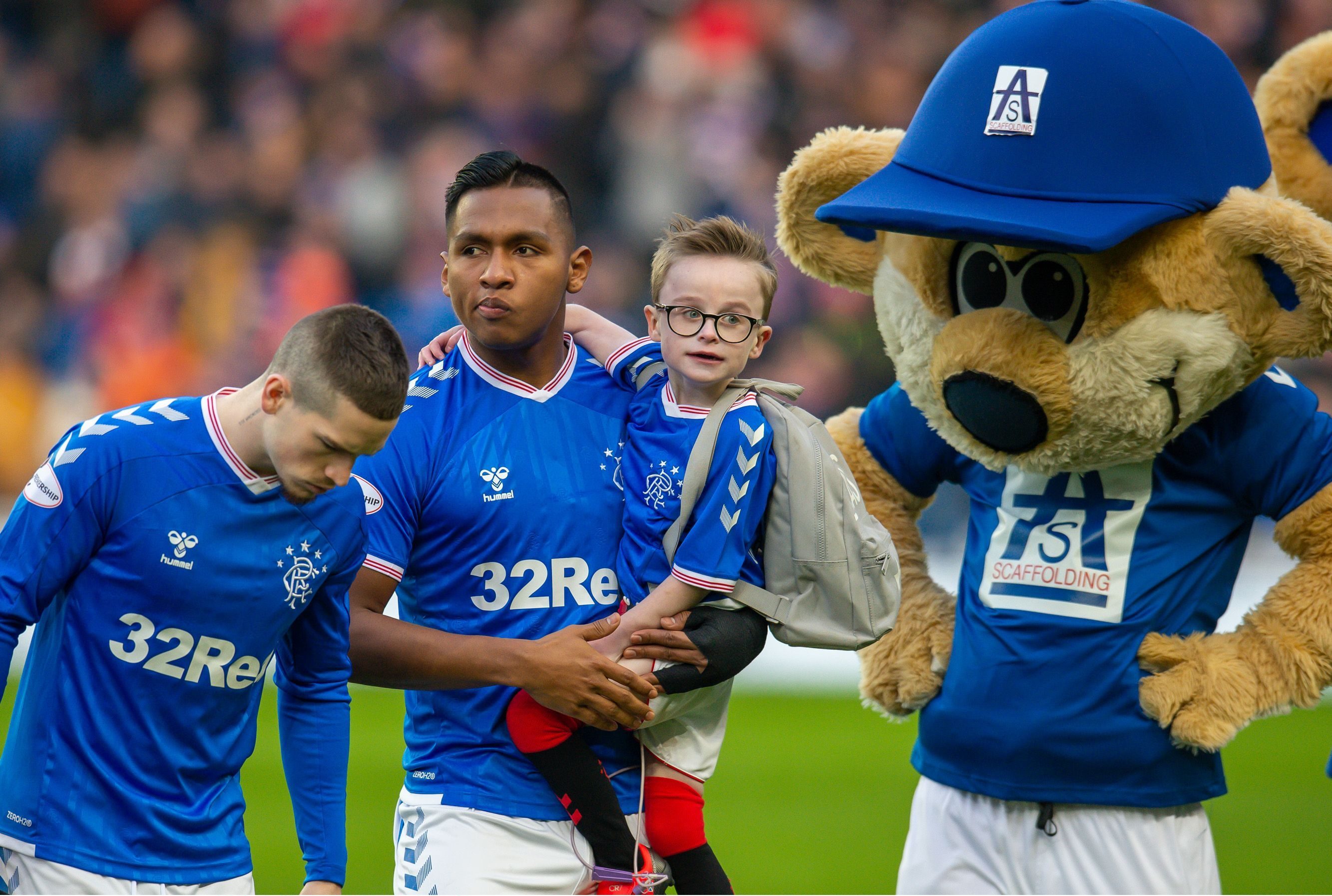 And the striker helped delighted mascot Lucas Rae-Shreenan onto the field before heading his side in front.

Gers-daft Lucas, 6, has spent a large part of his life in hospital.

But his day was made as he was led out by Morelos as he watched his heroes put five past the Jambos without reply.

Ryan Kent doubled Gers' lead before a Christophe Berra own goal put the game beyond doubt.

Substitute Greg Stewart then netted a five-minute double to keep the pressure on Neil Lennon's Hoops at the top.

The youngster met up with the Gers midfielder and was given a Gers jersey with his name and number eight on the back.

And speaking after the match, Lucas' mum Mel revealed her son was left in tears after Jack was named on the bench and unable to walk him onto the park.

She said: "Lucas was crying because Ryan couldn't take him out.

"Ryan asked Alfredo to do it and he come into the tunnel just took Lucas out my arms and cuddled him and he stopped crying and had a big smile on his face."

Fans also raised thousands for Lucas during a recent bucket collection at Ibrox during the 2-0 win over Porto.