CHELSEA and Manchester City fans guzzled down beers in the Porto sunshine today ahead of Saturday's Champions League final.

The final was moved from Istanbul, with the Turkish city in stricter lockdown conditions. 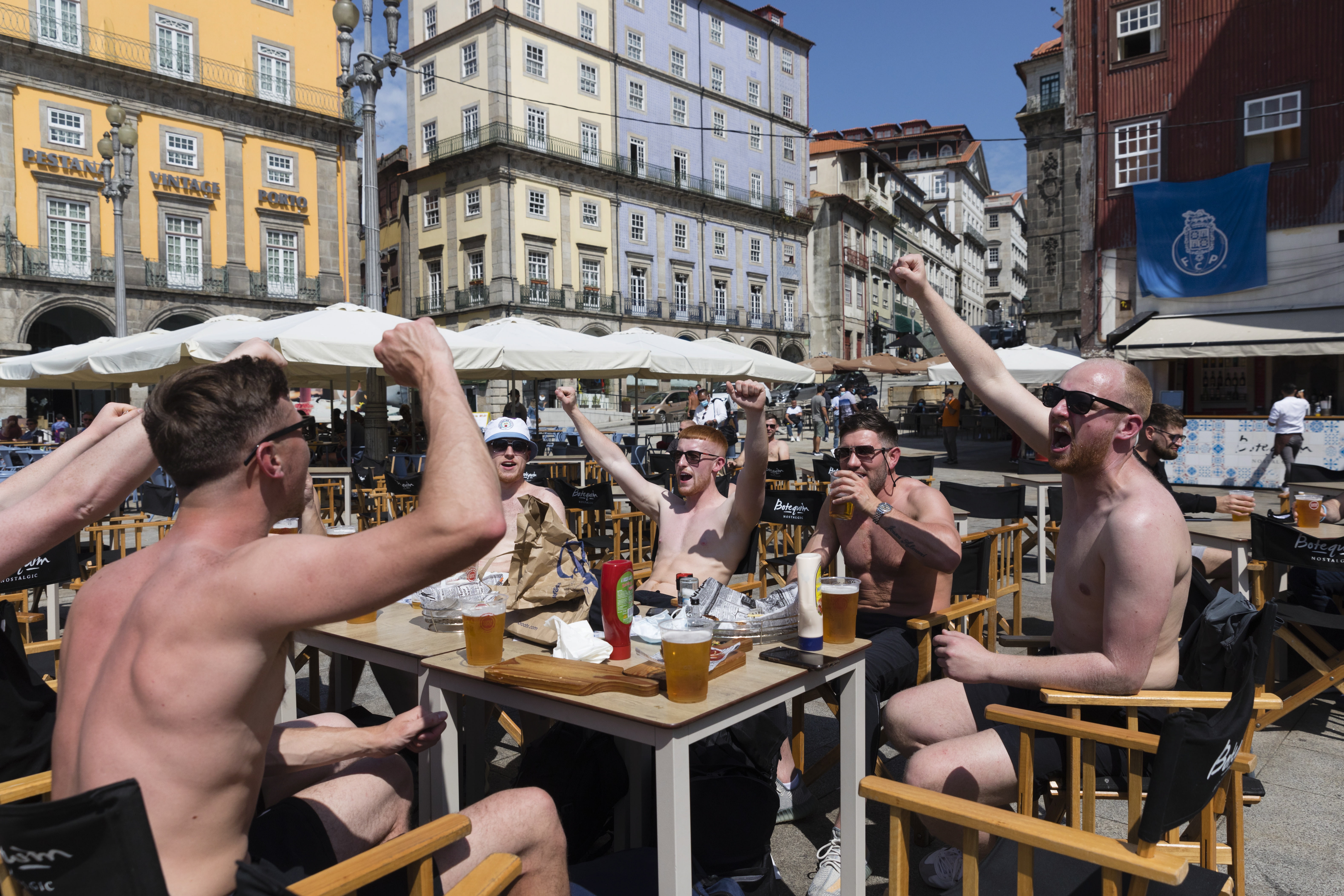 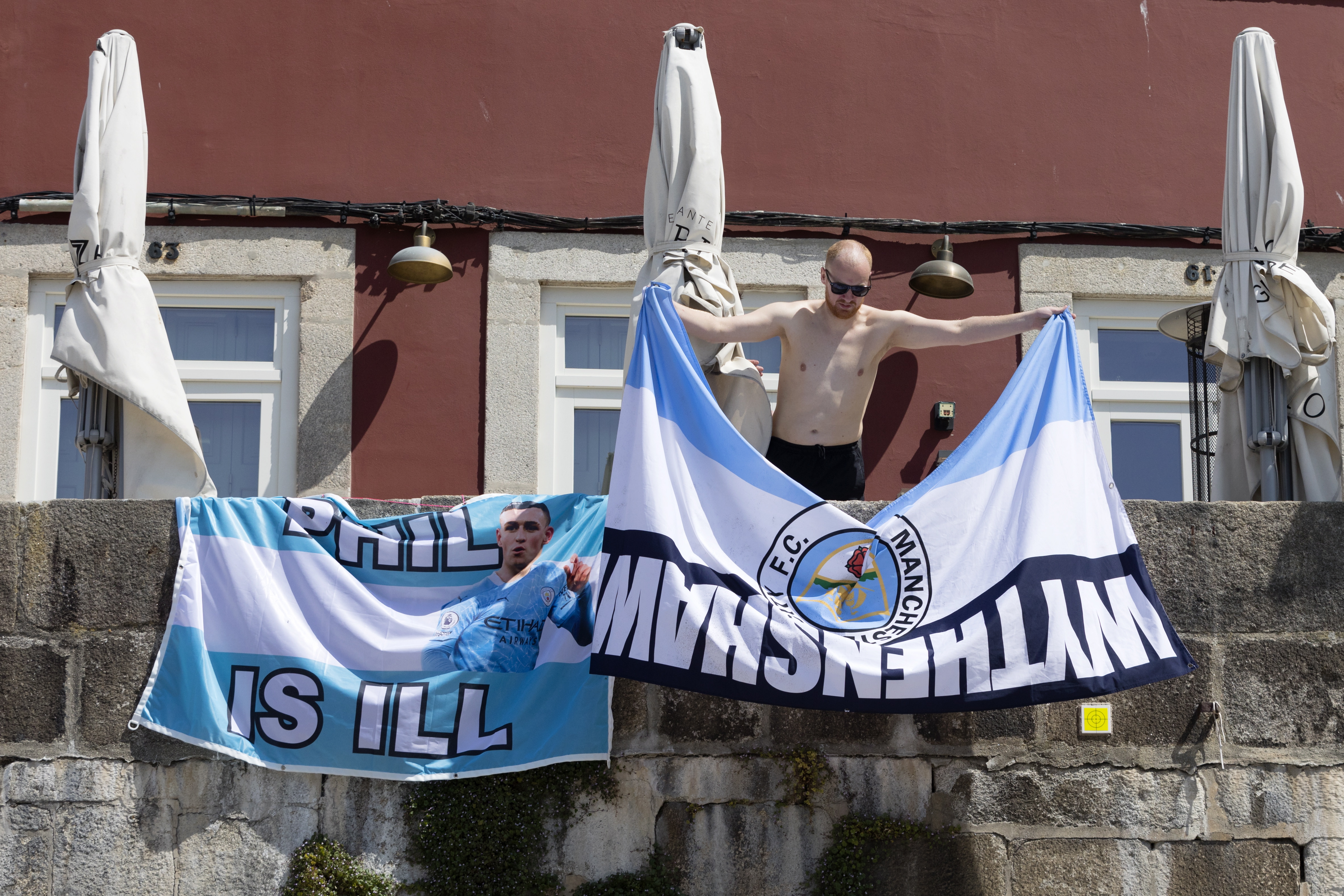 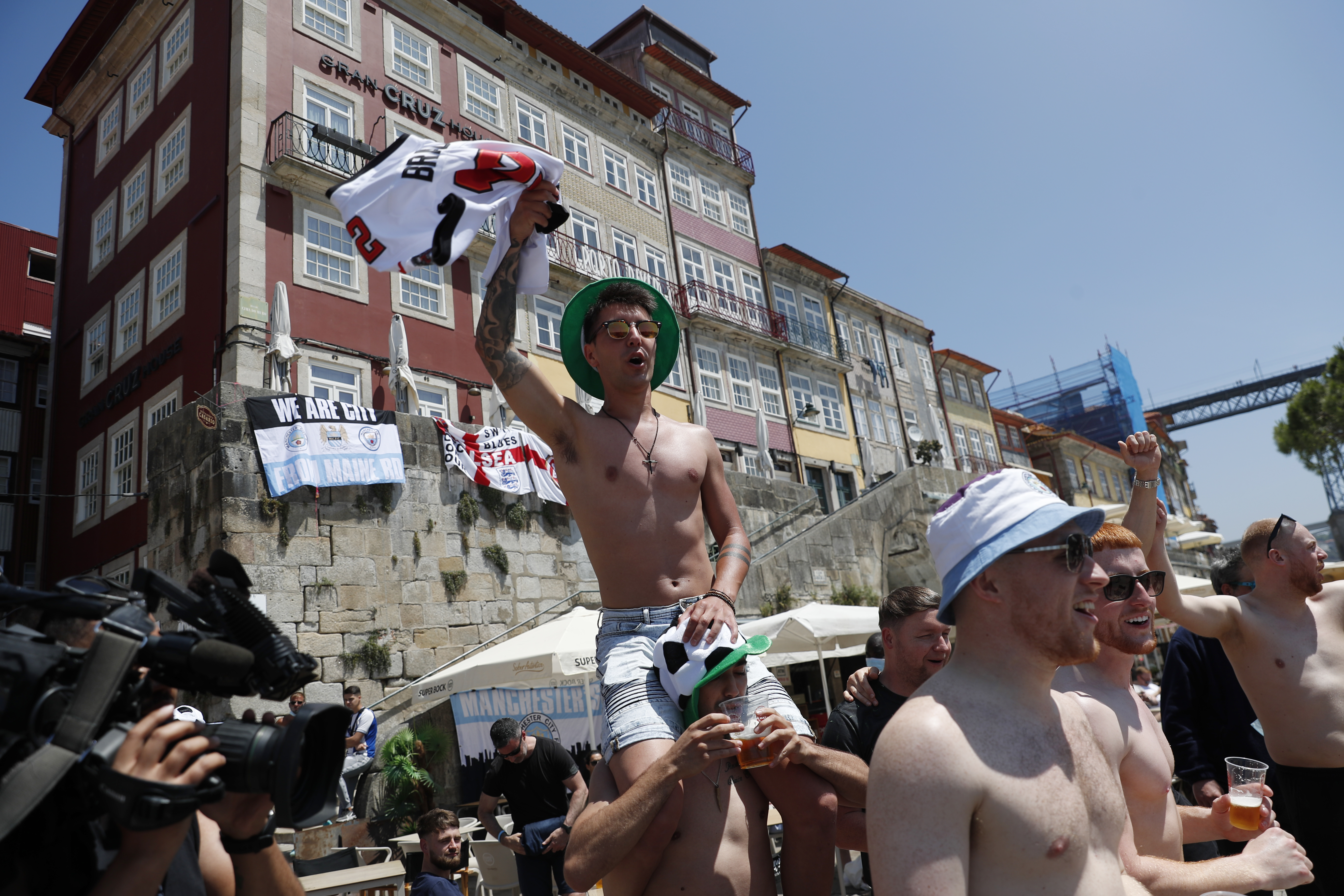 So it was the bars and pubs of Porto that took the Brits' hard-earned cash.

With the walls covered with flags from both teams, shirtless fans chanted as they wolfed down free-flowing booze.

One supporter was hoisted onto his pal's shouler while waving what appeared to be an England shirt above his head.

His mate wasn't deterred from necking his pint however.

Unsurprisingly the phones were out to grab that precious selfie ahead of the biggest game of the European calendar.

The scene was a far cry from the bloody violence that marred the Portuguese city for the last two nights.

Football fans were injured after clashing with riot police – but the day after it was more of a party atmosphere in 25 degree heat.

Riot police had to disperse brawling English football fans after a second night of violence on Thursday as staff closed pubs and bars due to Covid-19 restrictions. 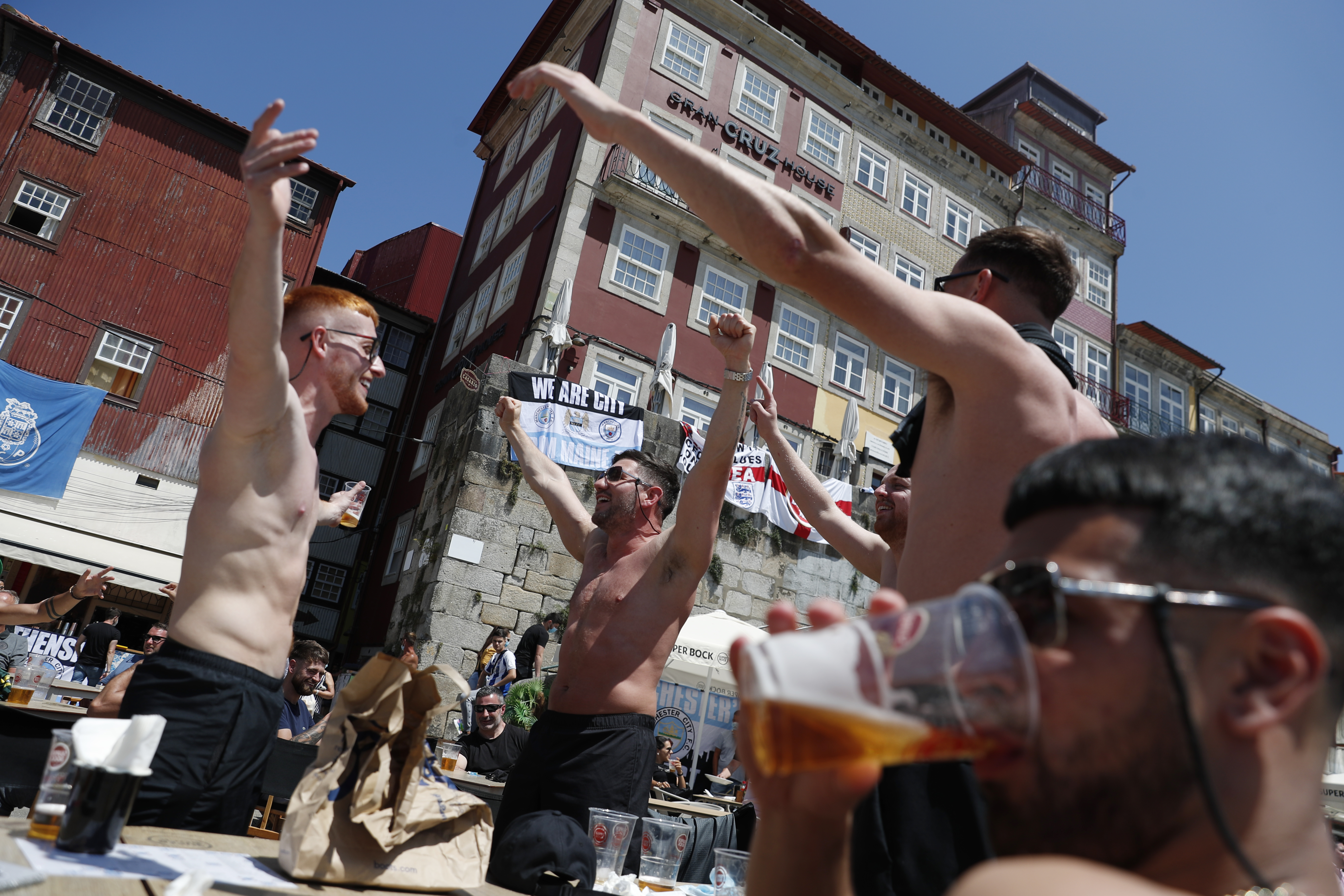 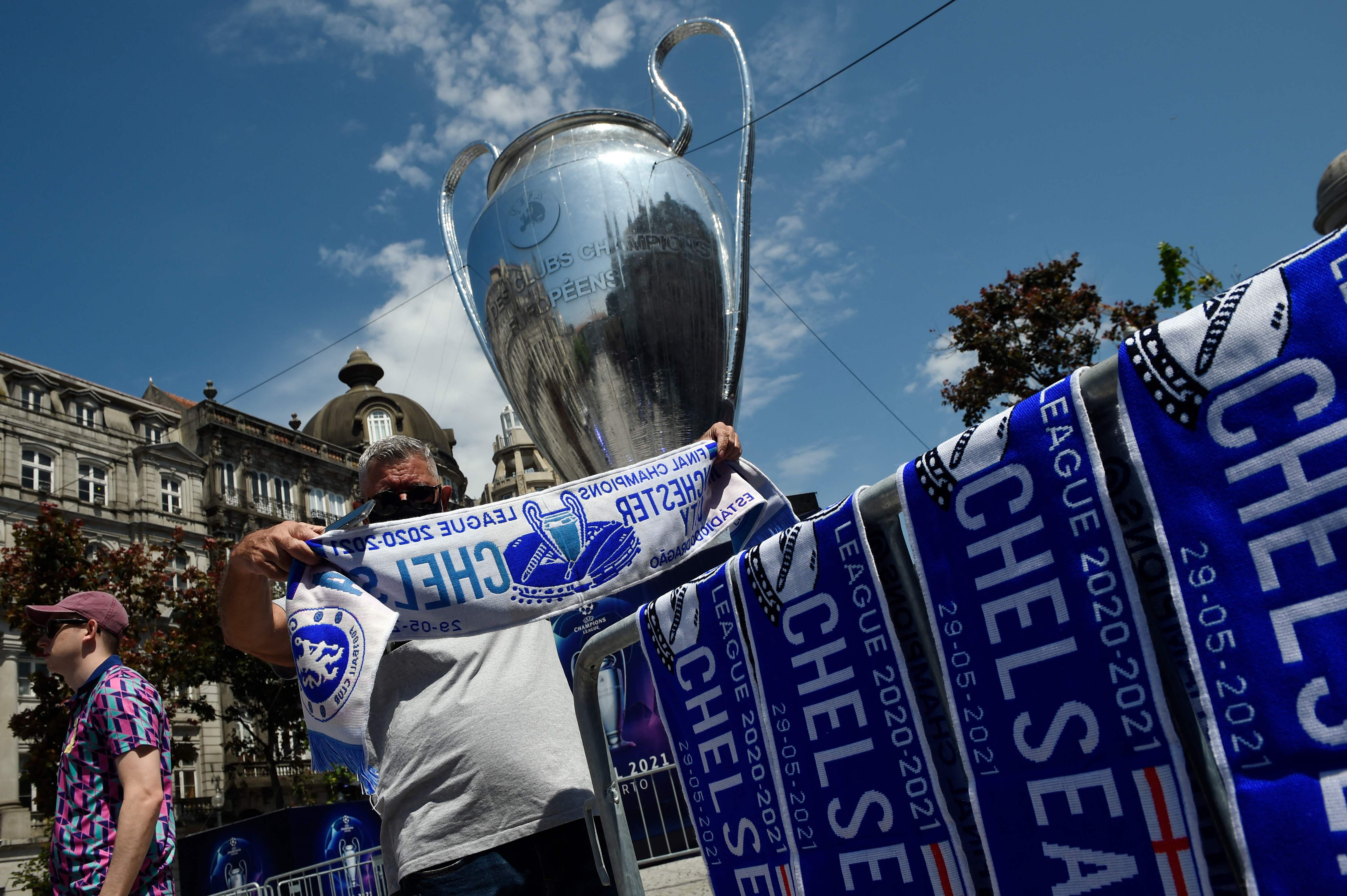 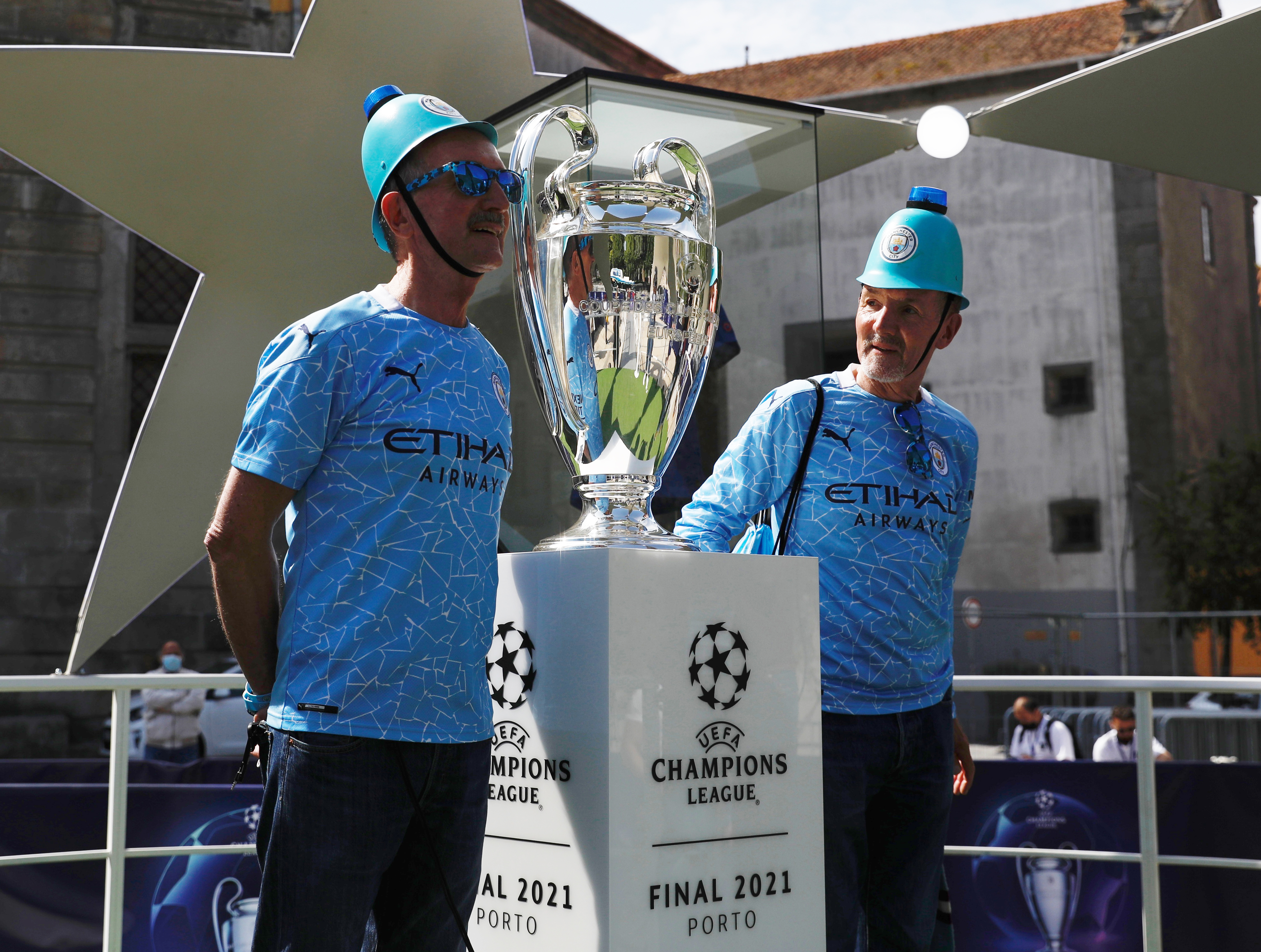 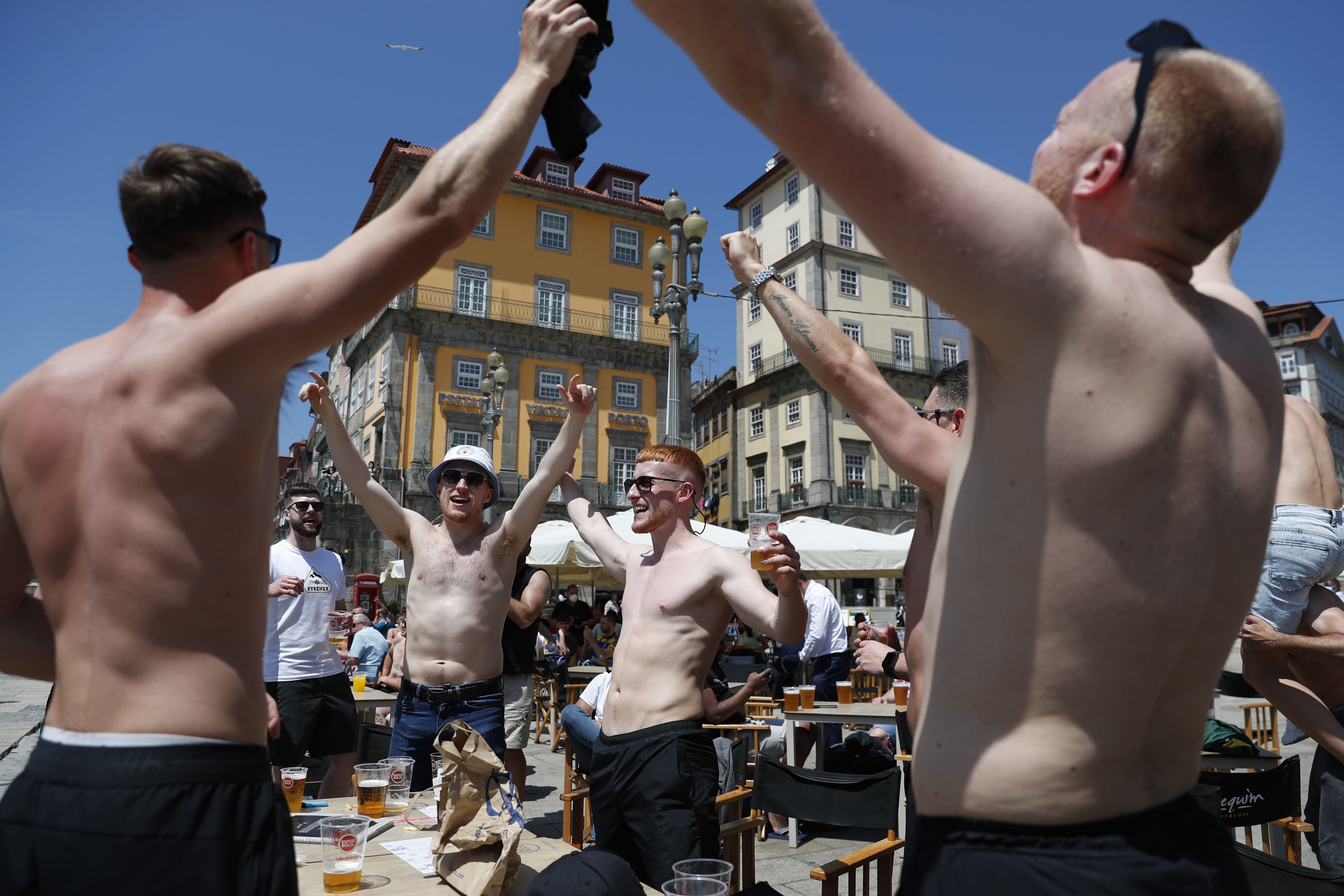 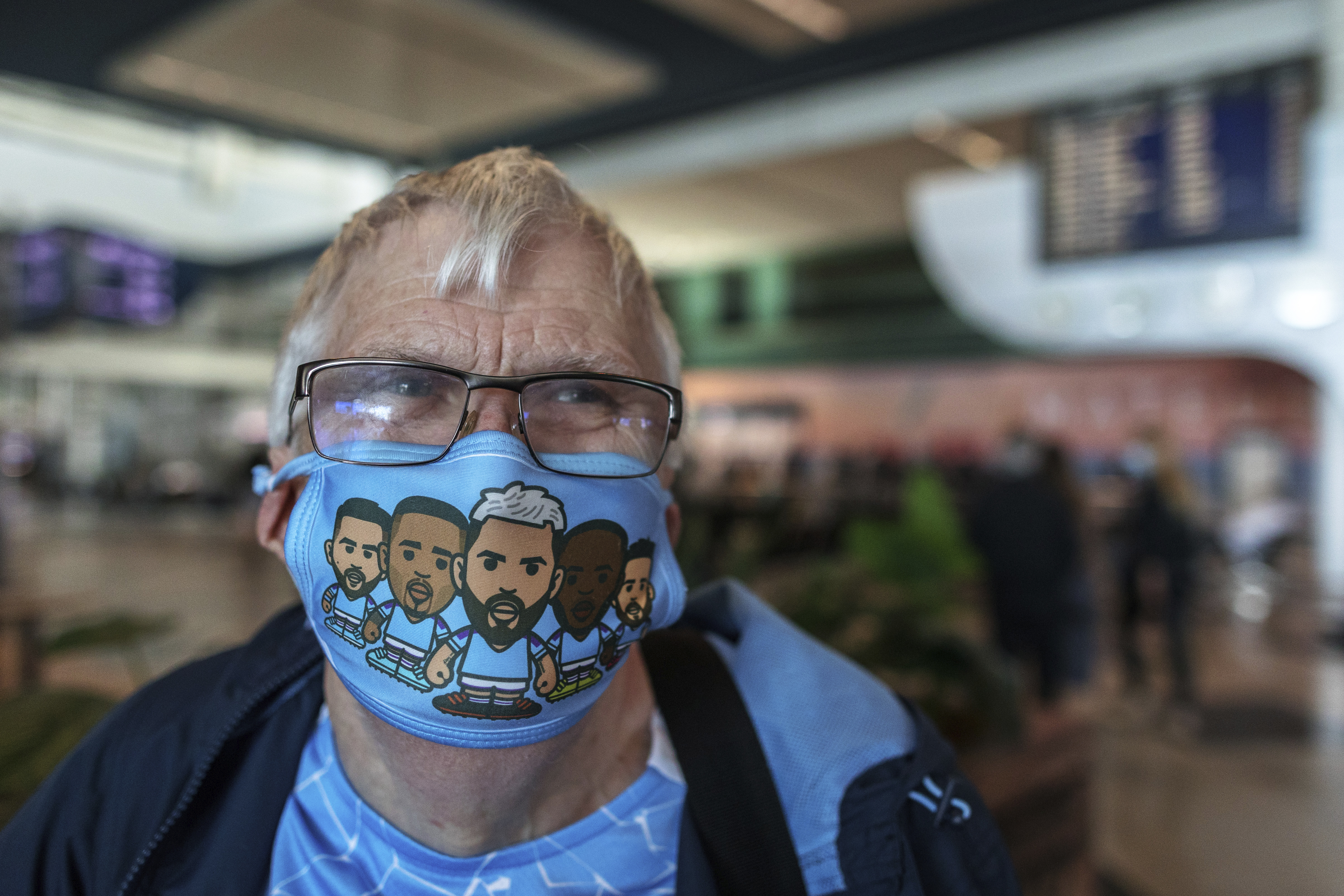 A number of fans were not aware of the strict 10.30pm drinking curfew to prevent the spread of the virus, reports the Mirror.

People were reportedly involved in clashes with the Portuguese police.

Fans from both teams clashed in the city centre as they returned to their hotels following the curfew.

There was also a second incident of violence in the holiday resort of Albufeira. 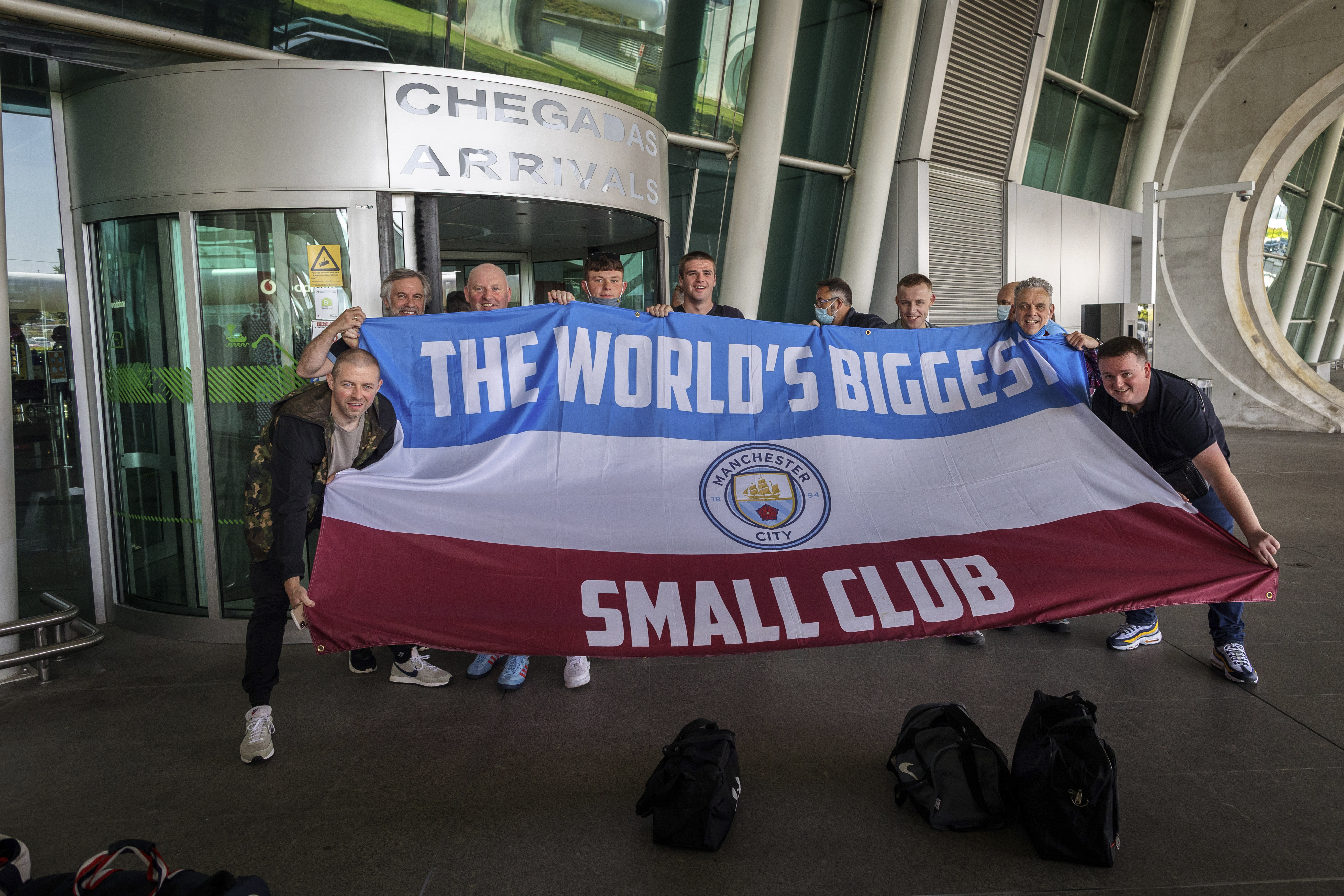 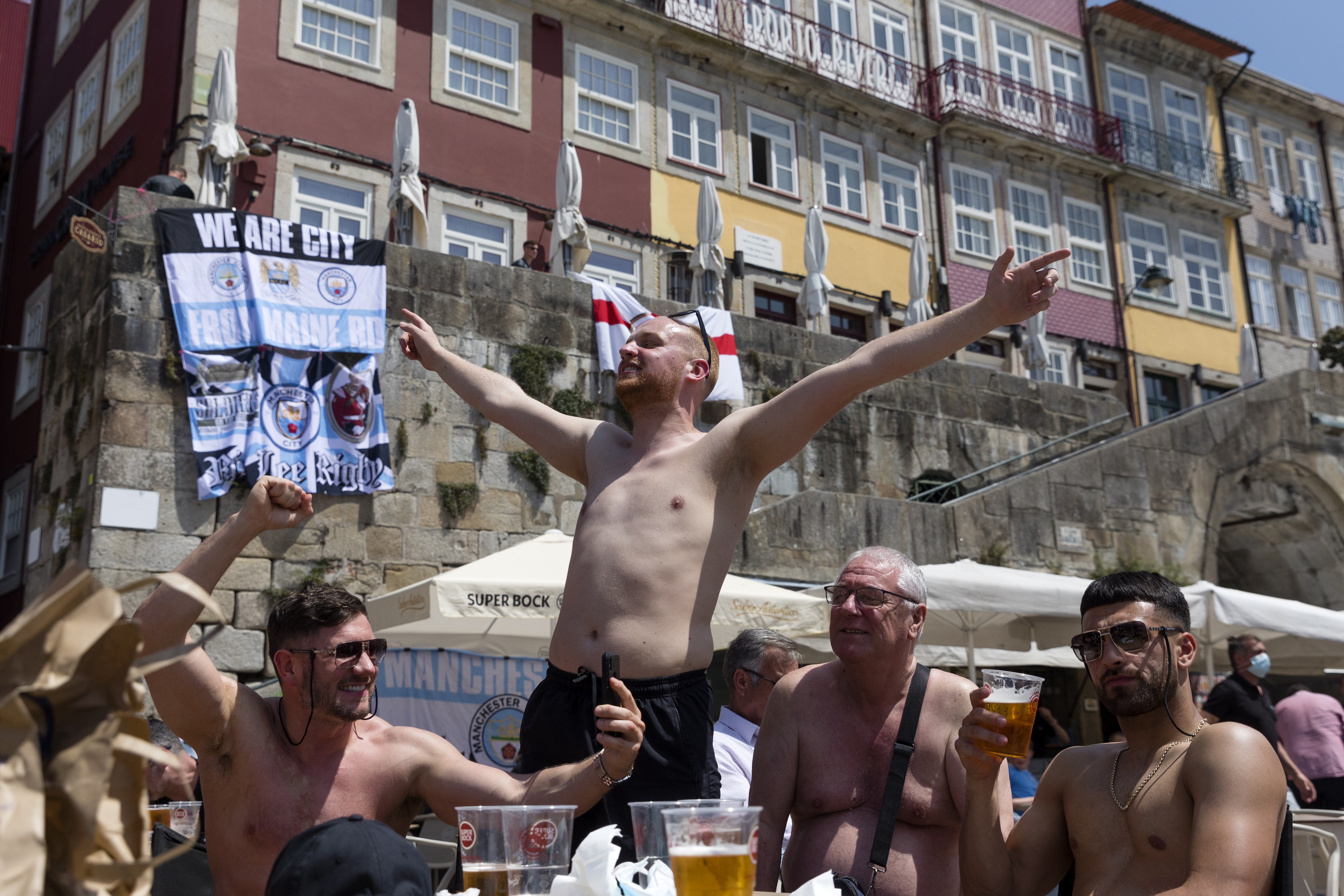 Baton-wielding officers were filmed dispersing a small group of brawling yobs in the first skirmish.

Trouble is said to have flared after Manchester City fans started taunting holidaying Manchester United fans whose team had just gone out on penalties to Spanish side Villarreal in the Europa League final.

City fans had been on their way to Saturday's European clash with Chelsea in Porto, Portugal, from Albufeira.

Meanwhile, United fans holidaying there had gathered in bars to watch their team on TV in Wednesday’s Europa League Final.

Fighting broke out after United lost on penalties to Villarreal — and City fans celebrated wildly. 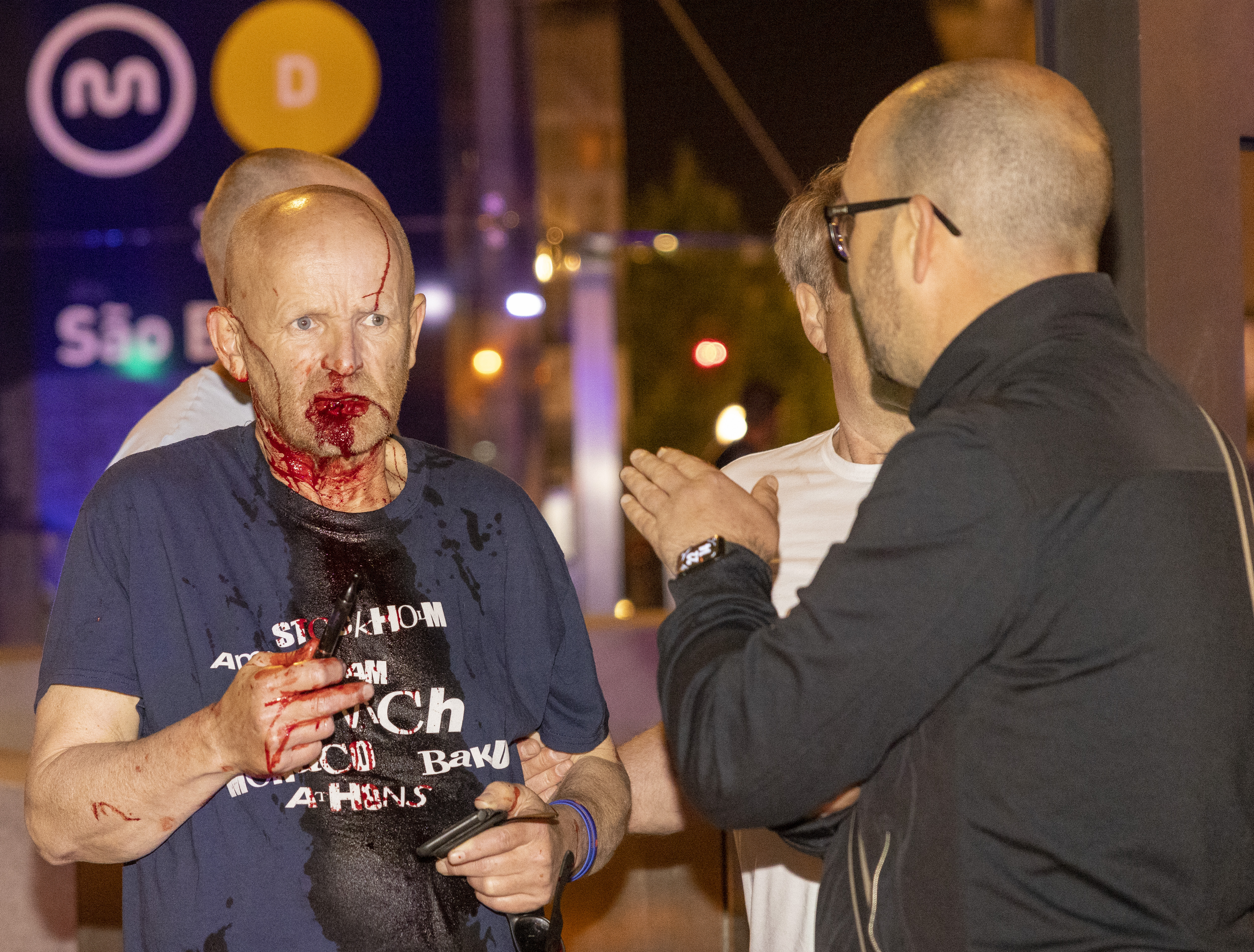 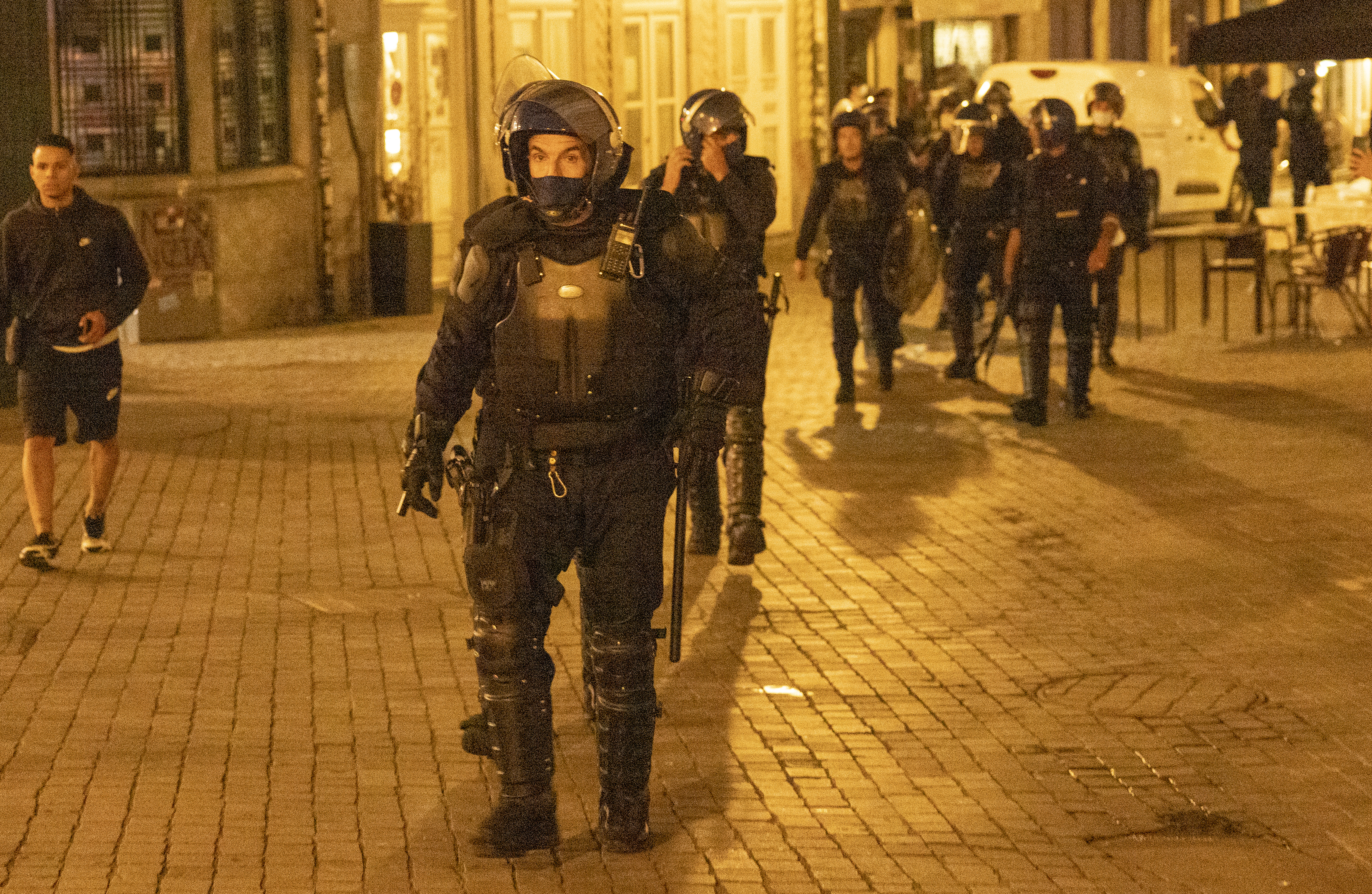