Essex Eagles all-rounder Ravi Bopara steered his side to their first Vitality Blast Finals Day since 2013 as they overcame Lancashire Lightning by six wickets.

The former England player struck an unbeaten 39 from 18 balls, sharing a partnership of 60 with skipper Ryan ten Doeschate (45 from 31) to chase down the Red Rose target with four deliveries to spare.

Lancashire opener Alex Davies had batted throughout his side’s 20 overs for an undefeated 80 from 55 balls in their total of 159-5 – but it was not enough for victory in their quarter-final tie at Durham’s Riverside ground.

Put in to bat on a slow pitch, Lancashire found it hard to make headway after they lost Liam Livingstone (4) in the first over, bowled swinging across the line to Aaron Beard.

Bopara (2-28) accounted for Steven Croft (8) with his first ball and also claimed the prize wicket of Glenn Maxwell (14), leg before to one that kept low – although the replay showed it would have missed leg stump.

However, Davies and Dane Vilas regrouped, with quick running between the wickets enabling them to post a partnership of 89 from 67 balls and put the Lightning back on track. 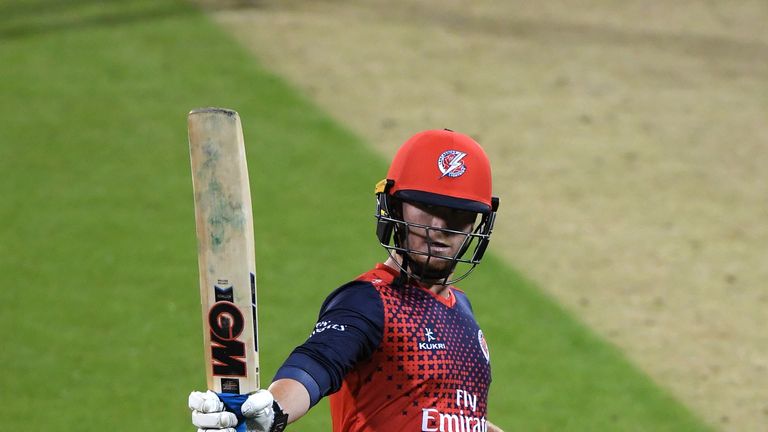 Vilas, who registered the only six of the innings, eventually holed out for 41 off 36 balls, but Davies remained at the crease, employing the ramp and paddle shots to lift Lancashire above the 150 mark.

Essex had received only 19 deliveries in reply, with Tom Westley (8) giving Saqib Mahmood a return catch, before the rain descended and forced a 25-minute delay. 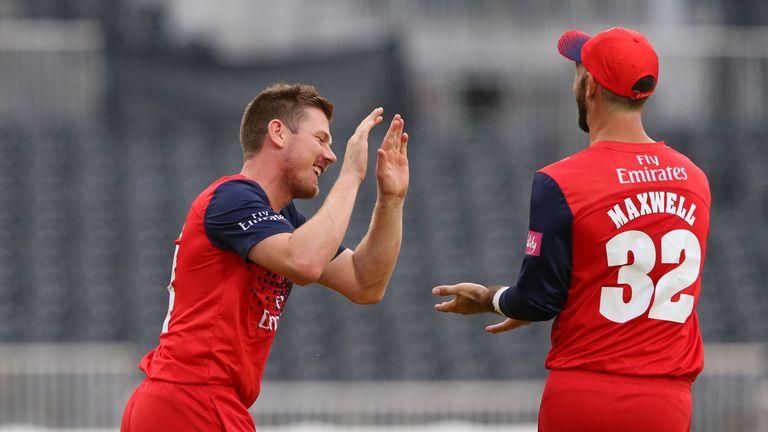 Cameron Delport (44 from 30) started to accelerate after the resumption, piercing the infield as he hit three boundaries off a James Faulkner over to haul Essex above the required run-rate.

But the Lightning hit back with two wickets in successive balls – Delport caught at long-on giving Maxwell the charge before Josh Bohannon’s arrow arm from the deep ran out Adam Wheater (13).