KELLY CHAMBERS heaped praise on her resurgent Royals for consigning Chelsea to a shock defeat – dealing a blow to their title hopes.

A Deanne Rose goal helped Reading stun the Blues with the team sealing their first-ever WSL win against the visitors. 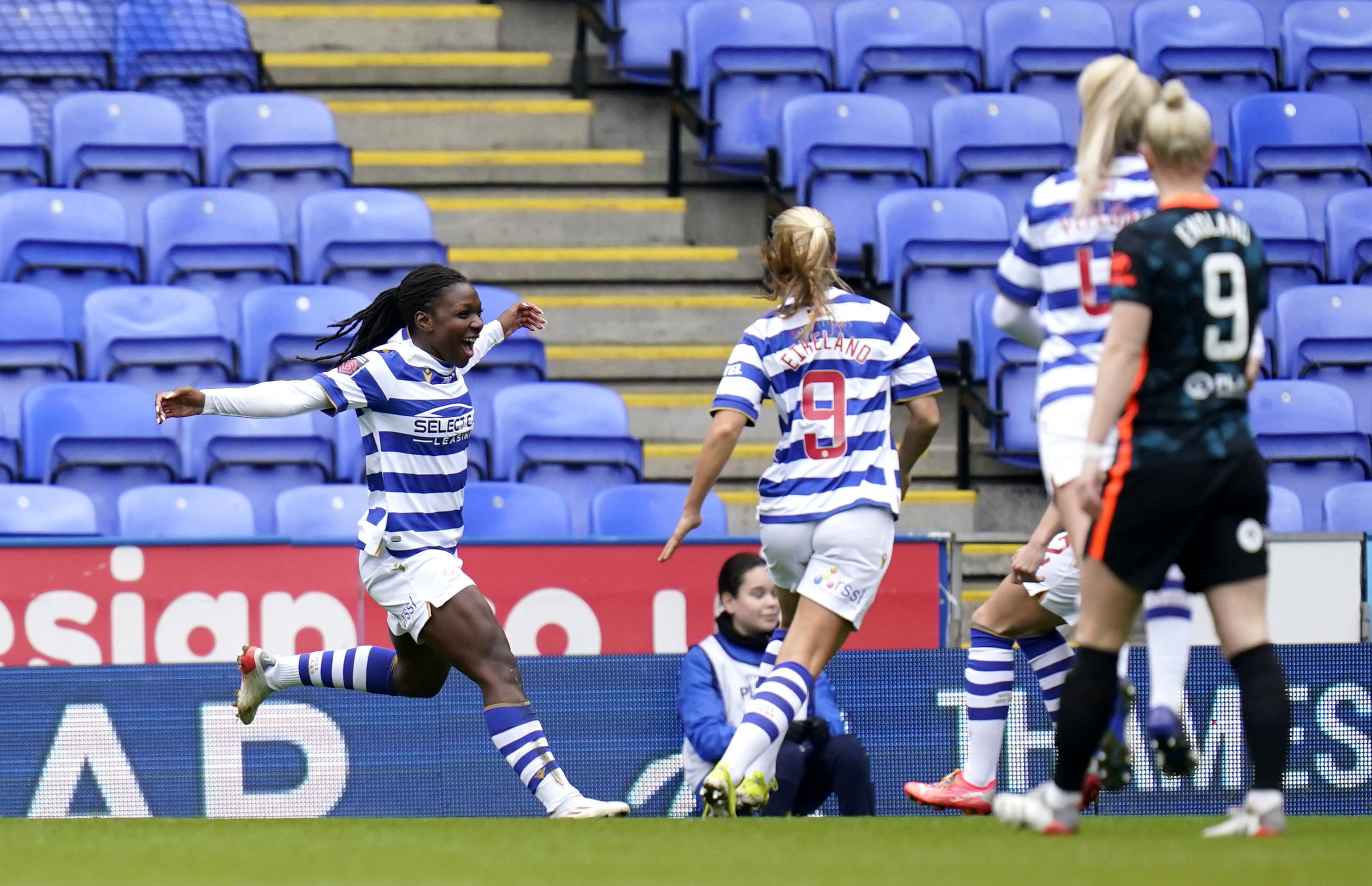 The Canada star’s surprise fourth-minute strike saw hosts end their Blues hoodoo at the 11th time of trying, with a 1-0 win.

The result saw Reading – who put in a solid defensive shift with Gemma Evans outstanding at the back – leap to fifth in the table and a point behind Tottenham in fourth.

Chambers told Sky Sports: “Gemma has been great. She's got so much development to do and she's really keen to keep learning and keep pushing.

“She's got that defensive side to her, and she's shown that today and that's what we needed from everybody and especially the back five who were immense.

“The biggest thing for us is not hiding from the fact that it was going to be tough, but we wanted to put in a performance.

“Credit to the girls they were fantastic. For us it's we got to building on this now.”

Arsenal can go four points clear at the top of the table should they beat Leicester at Meadow Park.

And Emma Hayes believes fatigue from three matches in six days had caught up with her side who have not scored in two consecutive games.

The Blues boss said: “They just had so many bodies behind the ball and it became difficult the longer the game went on.

“But well done to Reading, they worked their socks off and made it difficult.

"When you play three (games) in six days that can show and it showed in this game. Even though we made changes we weren’t good enough.”

Hayes, with one eye on a pivotal Champions League clash with Wolfsburg, made six changes to her starting 11.

While the visitors hoped to get off to a flier, it was Reading who drew first blood on the counter. 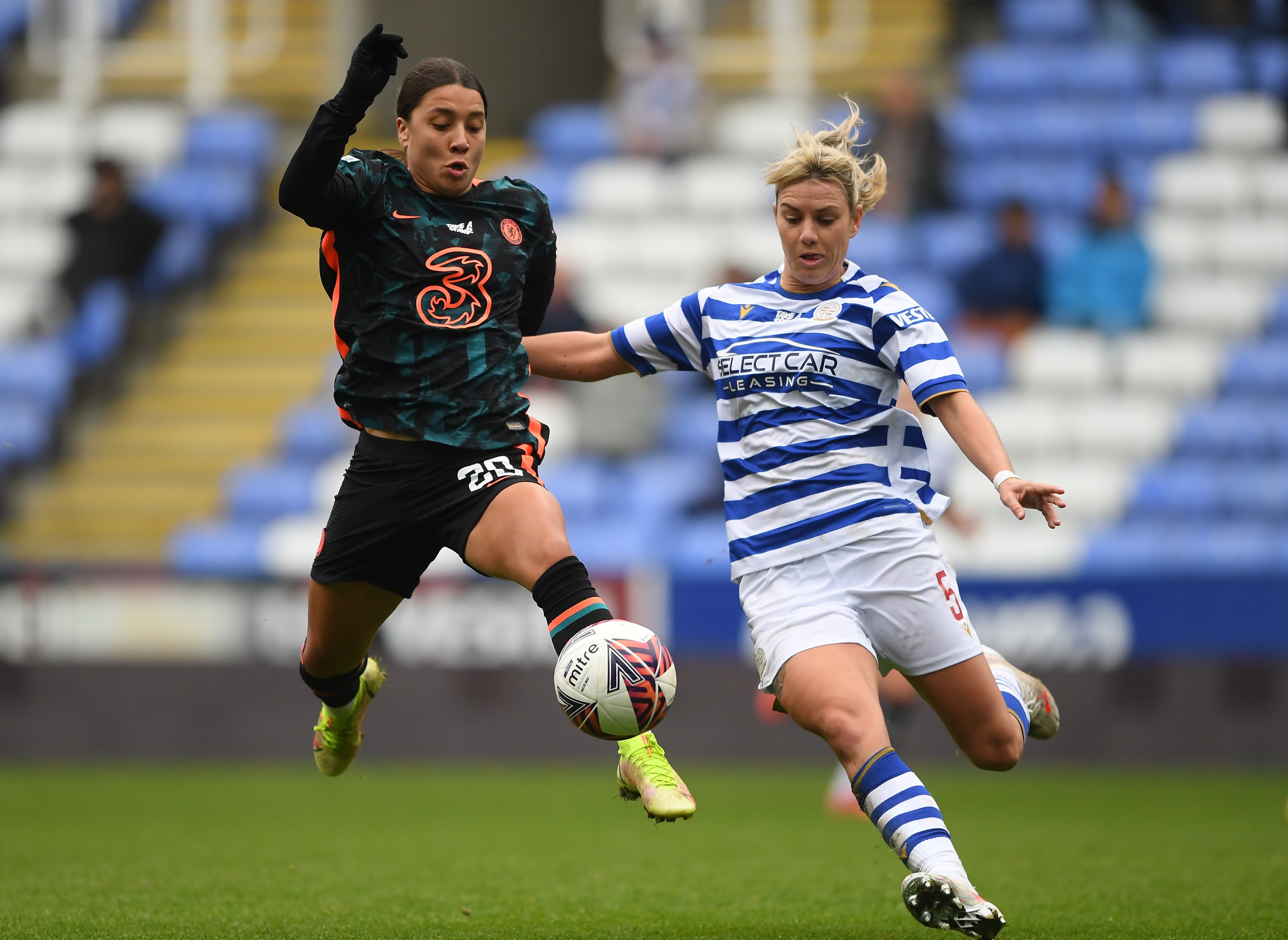 They did so via Rose’s fantastic run through the middle followed by a neat one-two with Emma Harries that ended with the summer signing slotting home for the hosts.

Chelsea, stunned by that opener, looked to get back on terms swiftly but struggled to get many shots on target with just five notched up in the game.

Sam Kerr’s eighth-minute header was well defended by the Royals with the Australia star seeing another headed effort go wide of the near post.

The Australia star looked as if she would get a leveller around the 33rd minute before Gemma Evans pulled off an impressive goal-line clearance.

The second half saw a fatigued Chelsea attempt to up the ante in their bid to get back in the game.

But the WSL champs could only muster five shots on target during the match. 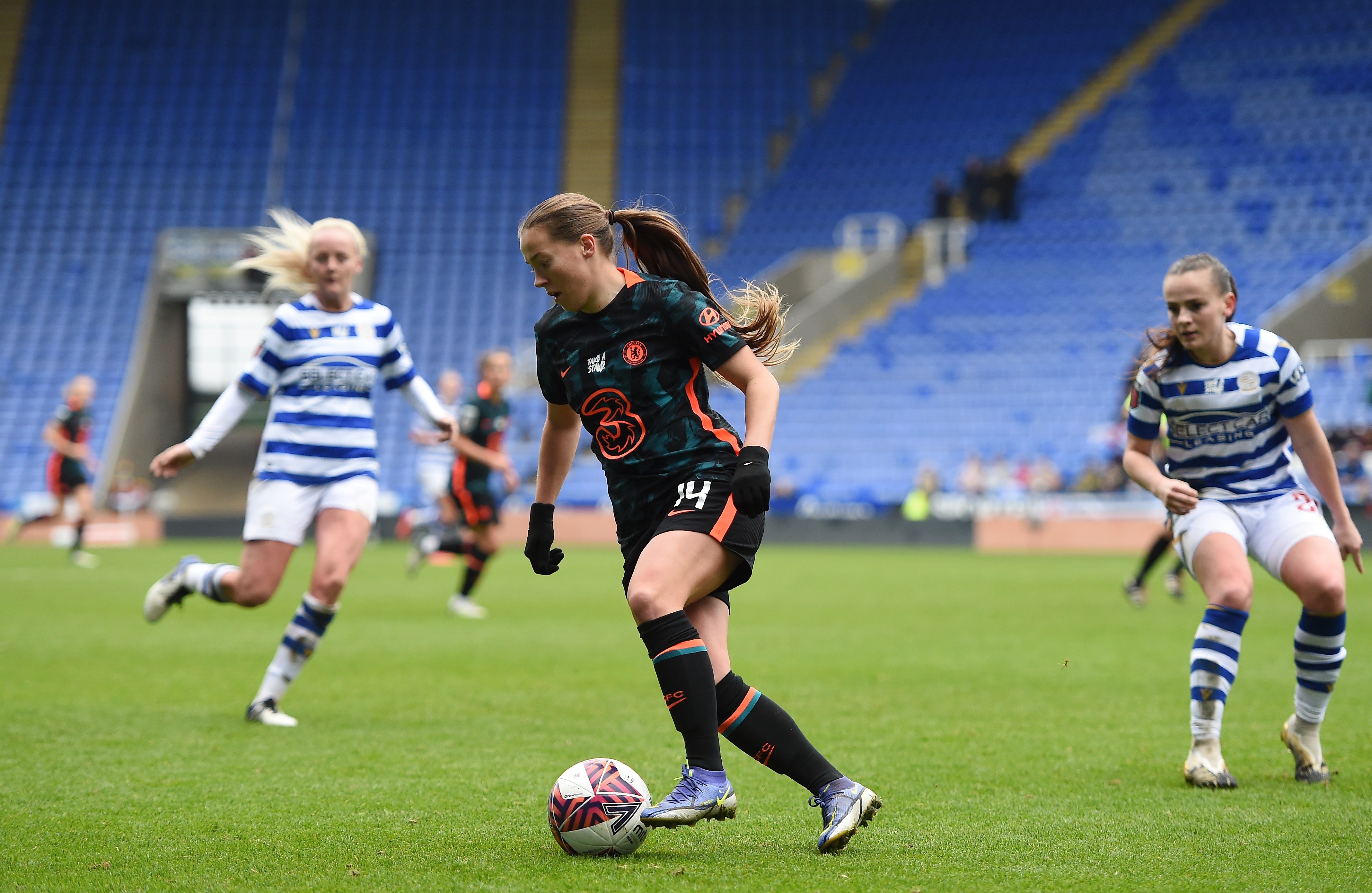 Moloney’s saves of a Guro Reiten curled effort, and a fierce Kerr strike were among the late stops that helped Reading to secure the win before their clash with Manchester City.