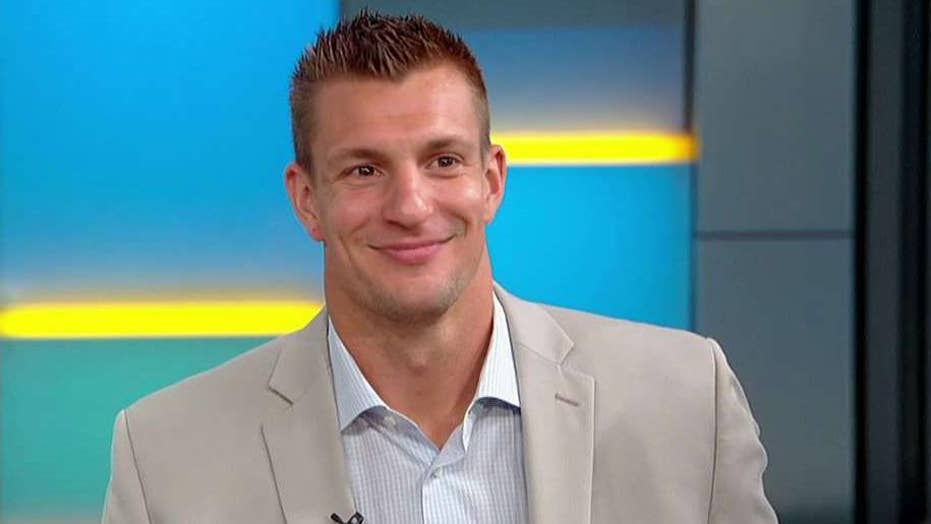 Rob Gronkowski on Tuesday expressed confidence that his former head coach will be able to handle any drama that comes to the New England Patriots after the team's signing of wide receiver Antonio Brown.

Gronkowski appeared on “Fox & Friends” and reminded everyone that the Patriots have a history of bringing on troubled receivers and getting the most out of them.

“The Patriots always bring on players like that,” the retired tight end said. “They always do a great job. Bill [Belichick] is an unbelievable head coach and knows how to handle situations like that.”

New England signed Brown on Saturday soon after he was released by the Oakland Raiders. Brown’s short stint in Oakland was only memorable for the drama he created with a cryogenic chamber mishap, his helmet controversy, his fight with the general manager and a video posted of a private conversation between him and his former coach Jon Gruden.

Gronkowski was asked what would happen if Brown recorded a private conversation with Belichick or any a locker room interaction, as he did with Mike Tomlin when he was with the Pittsburgh Steelers.

Gronkowski chose his answer carefully, saying “it’ll be some interesting news from there.”

The three-time Super Bowl-winning tight end retired in March after winning the Super Bowl. He appeared at the Patriots’ championship ceremony Sunday before their beat-down of the Steelers.