PEP GUARDIOLA’S prayers have been answered in the shape of new midfield hardman Rodri.

The Manchester City boss joked at Brighton in May: “I’m the tallest guy in the squad. At set-pieces, it’s ‘go to the church to pray’ time.” 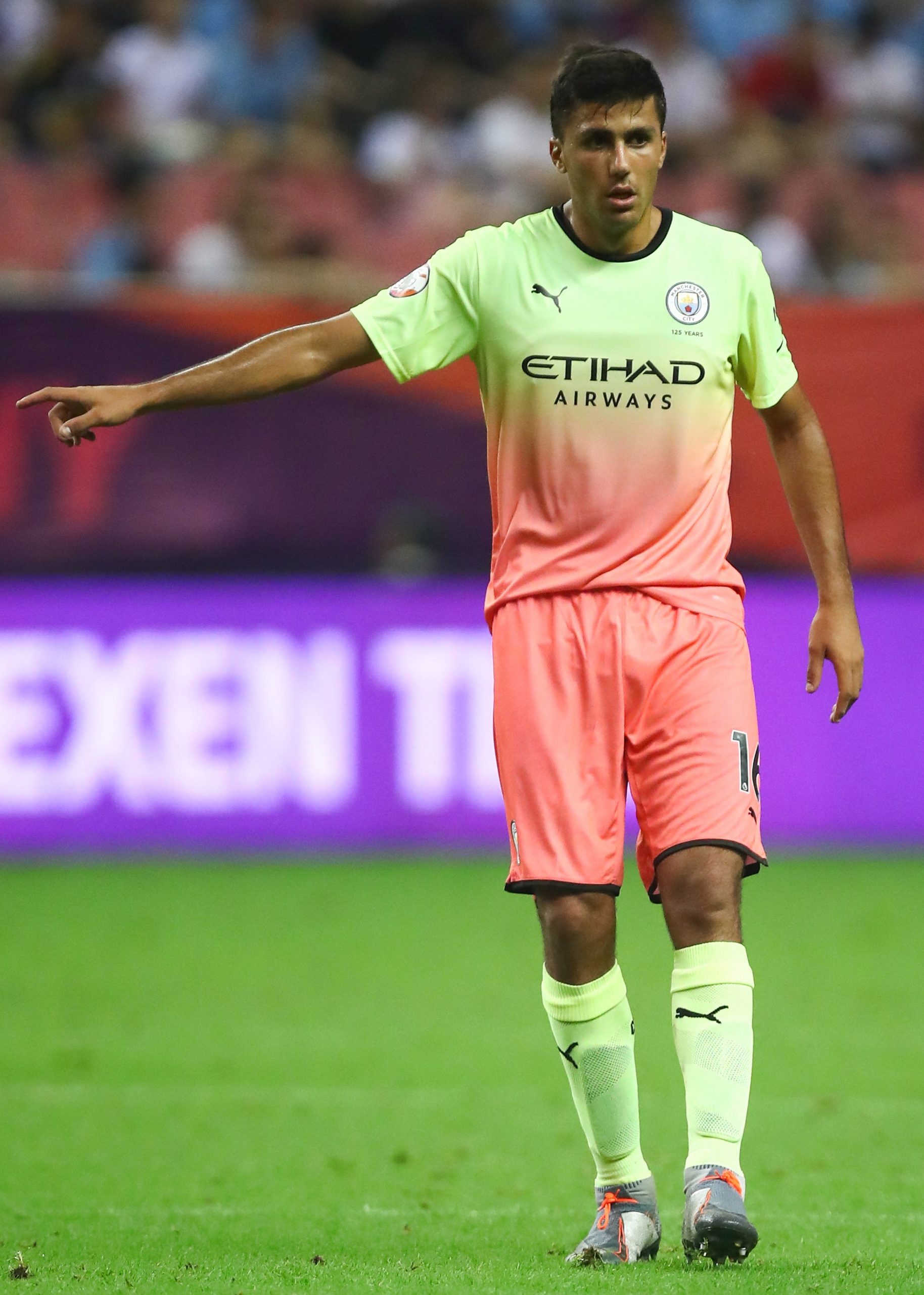 Despite their 4-1 win at the Amex that day, which clinched a second straight Premier League title, Guardiola decided he wanted bigger players.

Since then, they have lost their commanding captain and centre-back Vincent Kompany.

So a club-record £62.5million has been spent to address that problem, bringing in imposing midfielder Rodri from Atletico Madrid.

At 6ft 3in — the joint-tallest player at City alongside Aymeric Laporte — he cuts an impressive figure and is just what Guardiola had in mind.

Rodri, 23, said: “Football is changing now. It’s getting more physical and, of course, in the Premier League.

“It’s good for me to have that physique in the position I play.

“The manager has lots of talented players but maybe one of the things the team can get is more physical.

“You don’t win only playing good, you need more things and that’s why teams are changing their philosophy.”

However, Rodri was released in his first spell at Atleti as a teenager — moving to Villarreal — partly because he was not strong enough.

The Spaniard said: “When I moved from the Atletico academy, I wasn’t developed like my team-mates. I wasn’t big and strong when I was 16 or 17, it was one or two years later.

“I decided to move for many other reasons and I’m happy for that because maybe I wouldn’t be here if I didn’t move to Villarreal in that moment.

“I noticed years ago that I had to become both a defensive and attacking player if I wanted to be good enough to be in Manchester.”

Rodri is a big guy but Fernandinho’s are big shoes to fill.

The Brazilian, 34, has been outstanding in his six years at the Etihad and will still be around for at least one more campaign.

Rodri said: “I like to look to players like me and I always consider he has been in the top five or six midfielders.

“You don’t stay for six years at Manchester City, always playing, if you’re not a good player.

“He gave the team what no one gave — the strength and the power to steal balls. That’s important.

“When you play in that position, it doesn’t matter how old you are or how good you are, you have to lead the team because you are in the middle.

“You know where your team-mates are, whereas wingers don’t look at all the pitch, so midfield needs to lead.

“I’m young but I think I can have this role in the team.”

Rodri is on City’s tour of the Far East — with a game against Kitchee FC next up tomorrow — so has yet to find his feet in Manchester.

One thing he did manage to do was go for a meal at Tast, the city-centre restaurant Guardiola has shares in.

He said: “I’m looking for a house and a car to make my life normal.

“I’ve been to Pep’s restaurant. It’s good but you have to take a big wallet.”

City needed a big wallet to afford Rodri but he looks like he will be a player very much to Guardiola’s taste.