But never in his wildest dreams could the Kerry-man have predicted how he would spend the last week.

“Over a year ago, I noticed that [Ronaldinho’s] brother Assis, who is also his agent, had made a new Instagram account,” Walsh tells Sky Sports.

“I thought it was something temporary, maybe his other account got hacked or something. I gave him a follow anyway, and I said this is an opportunity here to get in touch with somebody who you have idolised for your whole life. So I just said, I’m going to send a message, I didn’t have any expectations. I had to put my messages into Google Translate, because I have no Portuguese!

“I woke up one morning, and he had responded.

“It was over a year, messaging back-and-forth. I showed him a few videos of Gaelic football. Maybe they got interested in that! Then last week, I got a message from Assis saying they were in Miami, and he [Ronaldinho] is coming back to his house in Rio, and he said he could arrange it for me to meet him there. I couldn’t believe it. I just booked the flights straight away!

“It was the same day! I got the train up to Dublin. The flight was at 7pm, I got the message at 9am that morning.” So he was on his way. But what drew the Kerryman to the Brazil footballing legend?

“I’ve always been a fan of Ronaldinho. He was my childhood hero. Growing up, I used to cut my hair just so I could have long, curly hair like him,” he said.

“It wasn’t because he was a brilliant player. It was just the joy he had on the field, the way he played the game, the way he showed people that sport is there to be enjoyed. He was just playing for fun, when everybody else was extremely serious, trying to play to win. And you could see the joy he had every time he went out onto the field. He transferred that joy to the fans, and I don’t think there will ever be a player like him again.” 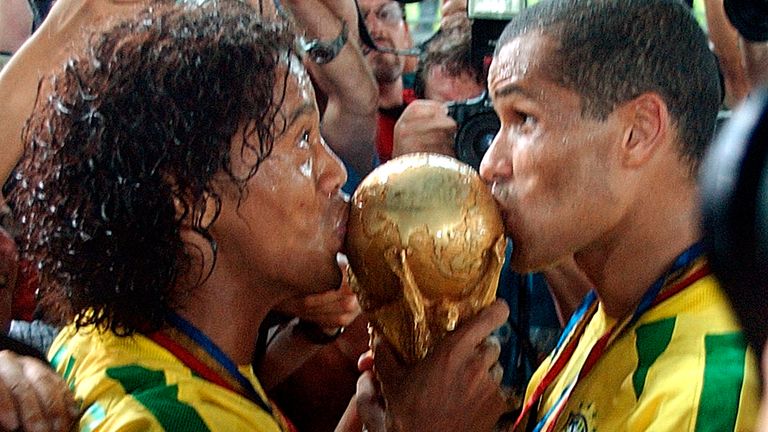 But it was not all plain sailing for Walsh, upon his arrival in Rio.

“I was there for a while. It was hard getting in touch with him. Assis was still in Miami. I was there wondering, ‘Am I after spending all of my money coming to Rio and not actually getting to meet him?’ But eventually, I got through to Assis, and he sent me an address,” the Brosna native explained.

“He just said to me to be alone, and to go up to the address. I got there then. For the second time, I had another scare. I didn’t think I was going to get into the house!

“Apparently, they were asleep inside, and the housekeeper did not know I was coming! So I got turned away at the gate, and I was just sitting there for a few hours outside the gate, wondering am I going to have to go home again. I had my phone [out] looking at the return flights. But eventually, somebody got through and I got brought into the house by the security guard.” “It was the first time I was completely star-struck. Just looking at somebody, it’s almost like they’re not real! It takes a few moments, but you have to snap out of it and not waste your opportunity with the person you want to meet,” he laughs.

“I couldn’t believe how nice he was. He was the nicest lad you could ever meet. Completely down to earth. He came over, gave me a handshake and gave me a hug.

“I had said that I was going to give him a Kerry jersey…I gave him the jersey, he asked me to sign it. I brought over a few jerseys that I had: Brazil, Barcelona, Milan. And he signed all of them for me. We just played a bit of foot-volley then for the night and had a few beers!”

He did not let the evening pass without showcasing Gaelic football.

“I showed him a few videos [of Gaelic football]. He seemed genuinely impressed. He had never heard of the sport before,” Walsh continues.

“None of his friends, they didn’t know what was going on when I showed them the video. They didn’t understand. ‘Is this a kind of rugby or what is it?’ They were genuinely interested.”

After a night he will never forget, Walsh retired to bed, not expecting such a reaction back in Ireland.

“I had been planning on keeping it quiet until I got home,” he explains.

“I sent a message to a few friends, ‘I’m in Ronaldinho’s house there in Rio.’ Everyone just started laughing! So then, I sent the photo with the Kerry jersey to a few people, and said ‘keep that quiet now until I come home!’

“I woke up the next morning, and my phone was absolutely hopping! I couldn’t get through the notifications!” After an unforgettable experience, Walsh is back at home. He is hoping to watch Kerry end a seven-year wait and claim the Sam Maguire Cup in the coming weeks:

“I think they can go all the way. They have the team to do it, and they’re absolutely flying. Obviously the bit of chaos Tyrone have had, maybe that will put them off a little bit.”

After enjoying intercounty success at minor level, he is hoping to line out alongside David Clifford and Co in the senior ranks.

“That’s another dream of mine. Sooner rather than later, hopefully. I’ll try my best the next few years.”

Who knows? Ronaldinho could make it to Croke Park in the future, to watch his new friend don the famous green and gold jersey.