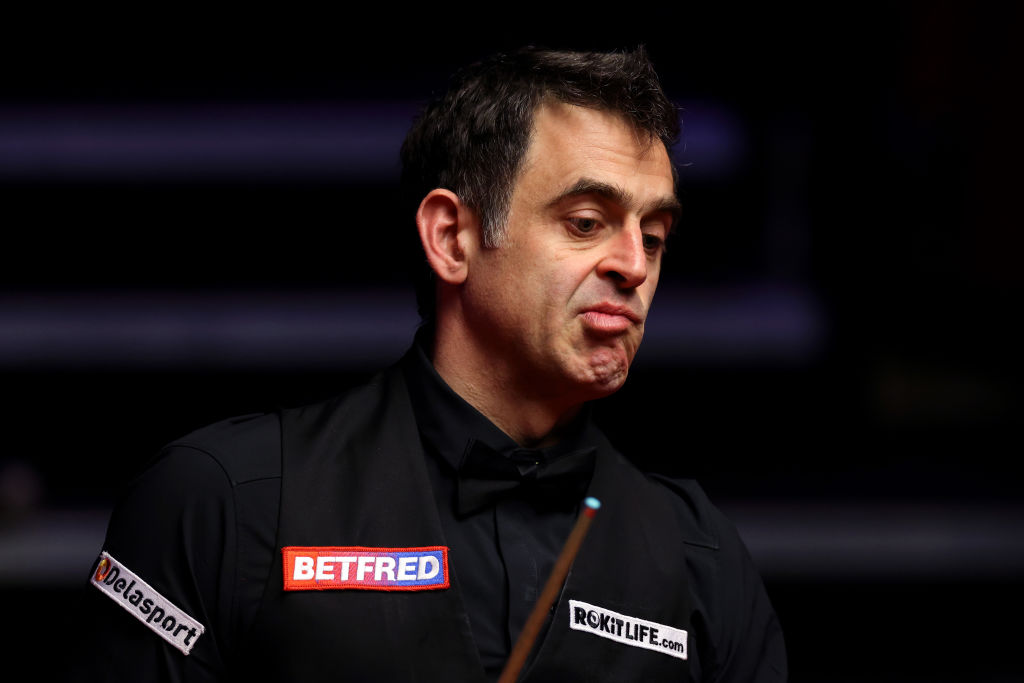 Ronnie O’Sullivan has been forced out of the European Masters with an arm injury and has hinted that he could also miss other tournaments as he looks to rest the problem.

It was announced on Wednesday that the Rocket would not be involved in Furth due to medical reasons, with his management since confirming that the world champion is dealing with tennis elbow and has been unable to practice.

The 46-year-old says that the next tournament he is aiming to play in is the Hong Kong Masters, which returns to the calendar this season from 6-9 October.

‘I’ve had an injury for my arm for about the last year,’ O’Sullivan told Eurosport, while attending the FIM Speedway Grand Prix of Great Britain in Cardiff.

‘The last two months it’s just got really bad so I really need to rest it.

‘Hopefully it will get better and I think it’s a time-healing process. One of the big events that I want to play in is in Hong Kong which is in early October.

‘I thought I better rest it and try and get it better for that.’

This will be of concern to the two events O’Sullivan is scheduled to play in before the Hong Kong Masters, with the World Mixed Doubles (24-25 September) and British Open (26 Sep – 02 Oct) coming up before then.

The world number one is in the draw for the British Open, where he is due to play Alexander Ursenbacher in the first round, but it would not be a great shock if he chose not to compete, having pulled out of the event when it returned to the calendar last season.

The draw has already been made and the Rocket will partner 12-time women’s world champion Reanne Evans, who he shares a management team with.

O’Sullivan pulling out of that pairing and the event would be a blow for WST, broadcaster ITV and Evans, so they will all be hoping he can get the rest he needs before that point.