TYPHOON Hagibis is on a collision course for Tokyo.

After tearing through Russia, Scotland are too. 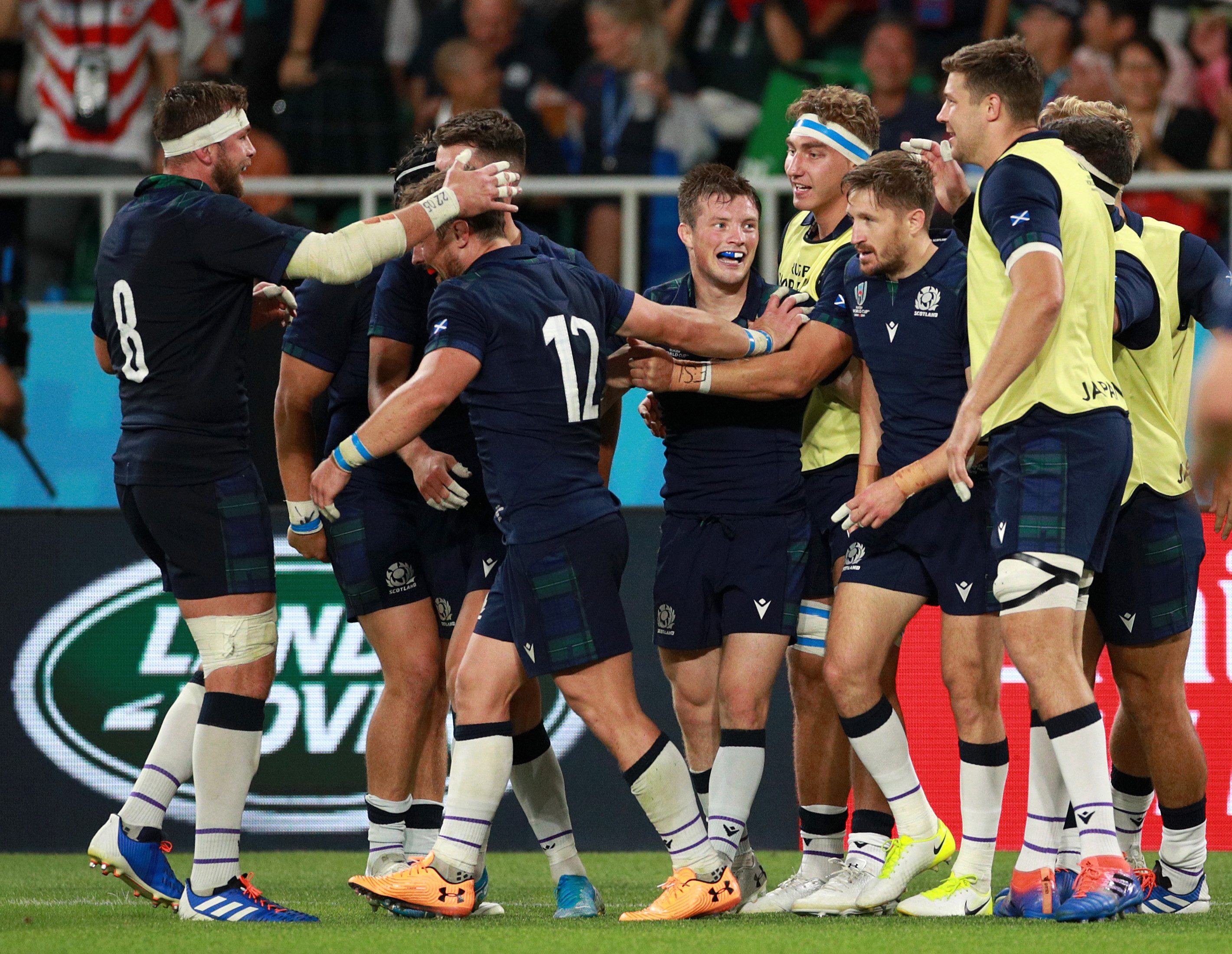 The NINE try demolition of Lyn Jones’s side sets up a mouthwatering showdown against Japan in Yokohama on Sunday.

The bonus point win lifts Gregor Townsend’s men to ten – still third in the pool, but just a point behind Ireland and four behind the hosts.

It means to secure a place in the quarter-finals, Scotland must beat Japan by four clear pool points.

What impact the coming super typhoon will have, no one knows. 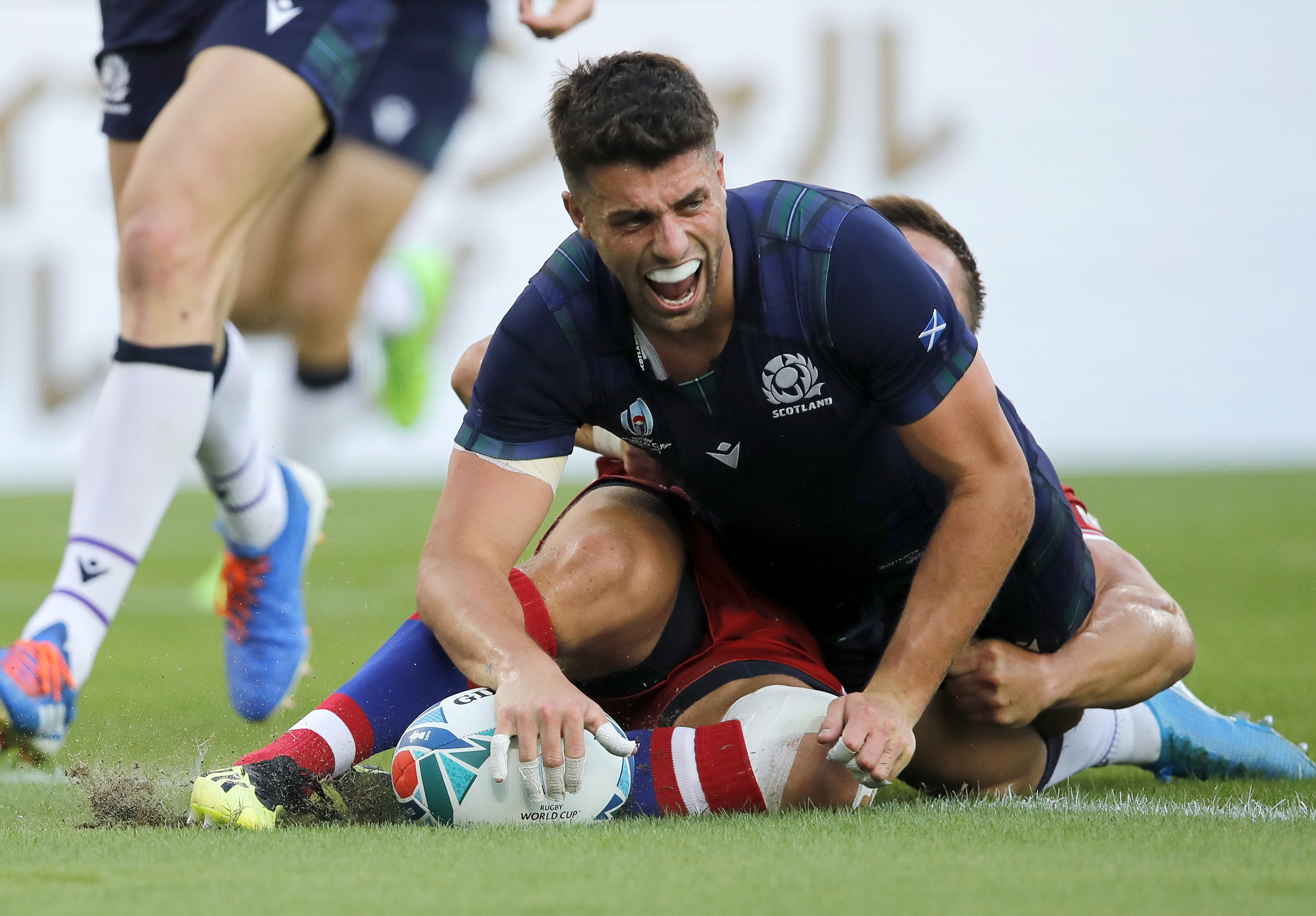 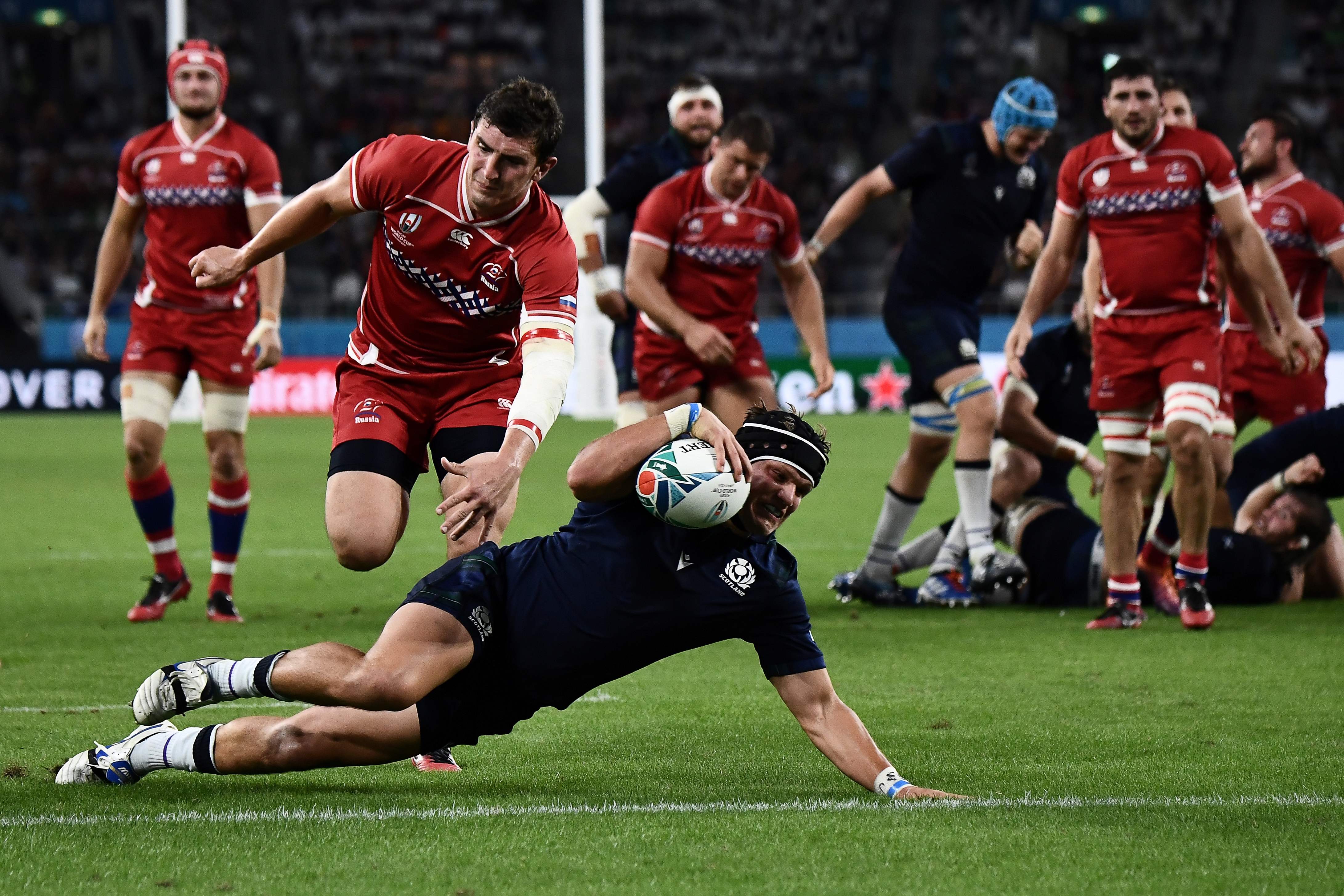 There’s talk Sunday’s clash against Japan could be moved or even pushed back 24 hours.

One thing is for sure, after such a calamitous start to their World Cup campaign, the Scots are relishing being back in the eye of the storm.

George Horne and Adam Hastings were the heroes as for the second time in two games, Townsend’s men shut out their opponents.

Not much had happened until Hastings burst into proceedings with 14 minutes gone.

From the base of the scrum, Ryan Wilson fed the stand-off who evaded three Russian tacklers to score almost under the posts.

Four minutes later and he was toasting try No.2. Spotting a gap in behind the Russian rearguard he cleverly kicked ahead.

Scotland’s third, coming after only 21 minutes, was another gift from the Russians. 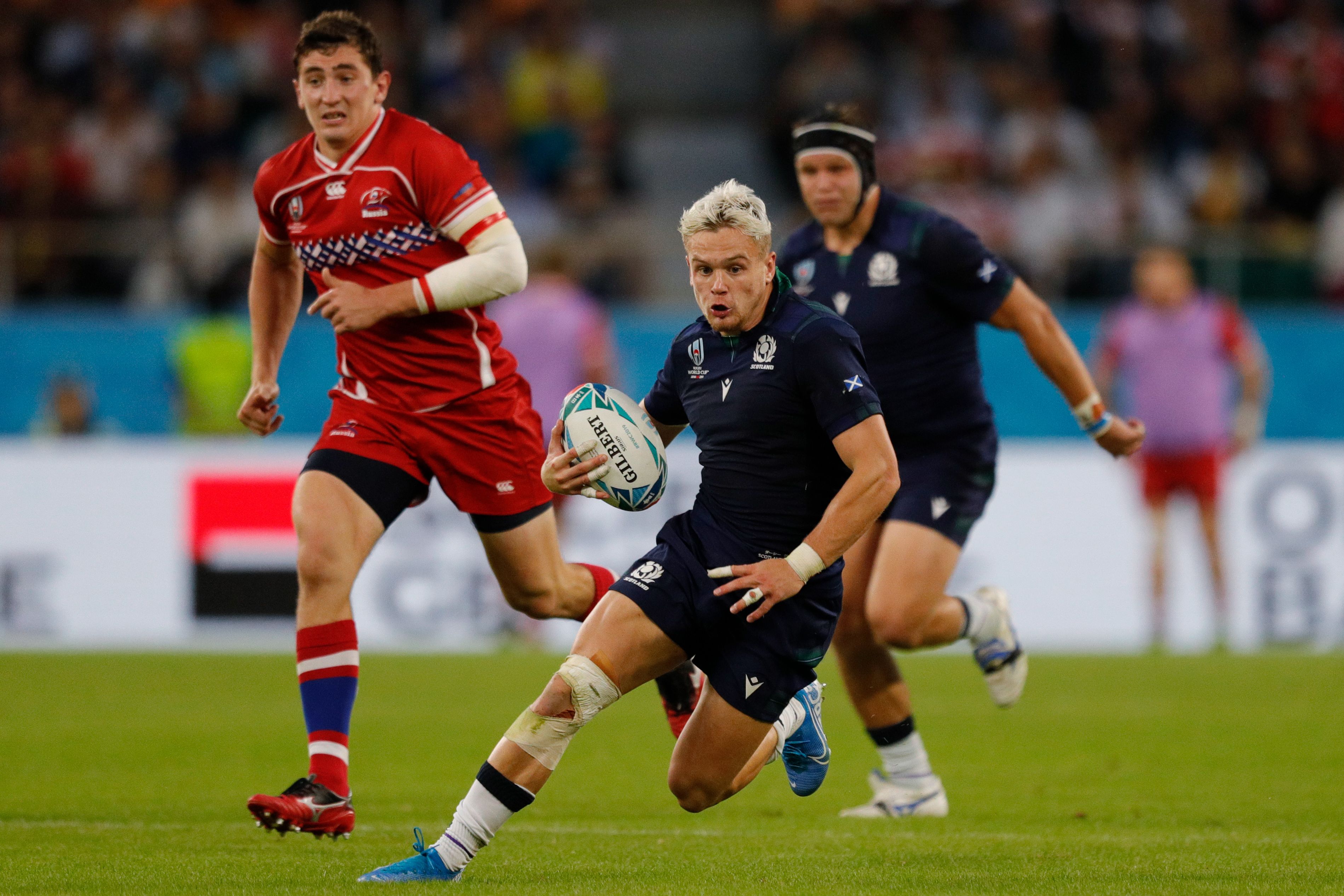 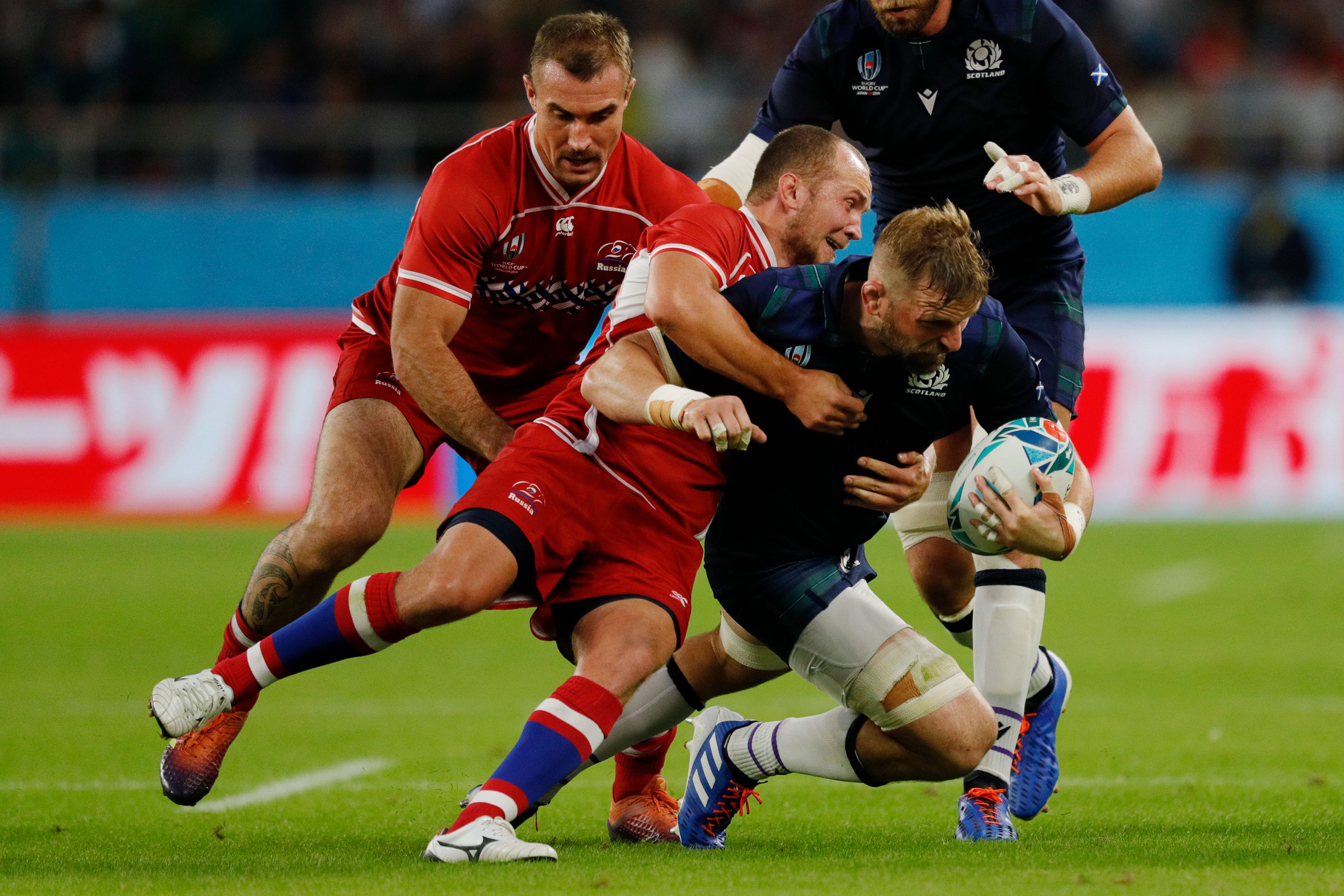 Having safely gathered at their own line out, Dmitry Perov failed to spot his opposite number George Horne bursting out of the Scottish line.

Horne will never score an easier try in his international. As he’d done with his own two tries, Hastings slotted the conversion.

And while that bonus point didn’t come in the first half, it arrived just four minutes into the second.

Darcy Graham made a blistering break from just outside his own ‘22, unselfishly feeding George Horne who touched down for his second try of the match.

George Turner rumbled over for Scotland’s fifth try of the match after the driving maul finally paid off.

Hastings made it six from six from the tee.

Horne got his hat-trick after linking well with his brother Pete in another blistering Scottish attack.

John Barclay ran in try no.8 to ensure Scotland ended the match with a better points difference to both Ireland and Japan.