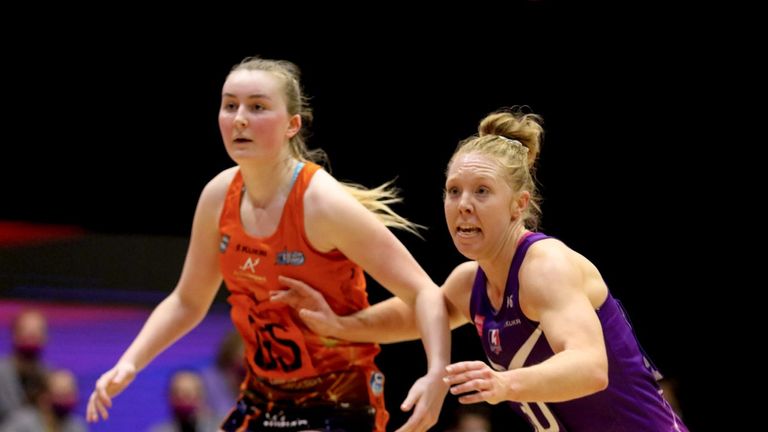 Having lit up the 2021 Vitality Netball Superleague season so far, teenage sensation Issy Eaton insists it was “one of the best decisions” to trial for the Severn Stars pathway in her youth.

The 16-year-old shooter made her breakthrough into the Stars first-team squad towards the start of the current campaign, having first emerged in the youth ranks three years earlier.

She made her Superleague debut in Round Four against Manchester Thunder at the end of February, and reflects fondly on her step into the elite environment, which helped her on her way to becoming one of the country’s ‘ones to watch’.

“It was of my best decisions to trial for the pathway,” Eaton said. “I think it was just so good for starting to play more competitively, building the basics in training and getting match experience against other academies.

“I just think the pathway in general offers so many opportunities so even when I wasn’t in the Superleague squad I got a few opportunities last season to train with them, which was amazing for my development.”

Eaton is the youngest member of the Stars squad, and one of the youngest in the Superleague. She is balancing her A Levels alongside top-tier netball, and admits it can be tough at times.

“I’m in year 12 so doing my A levels alongside Superleague netball is a lot,” Eaton said.

“But my school have been really helpful – if I need to miss a day off school just to go to a game or to leave early for training, they totally understand.

“It’s the same with Stars – if I’ve got an exam or work that needs doing, they’ll understand as well, so that just really helps.”

Playing alongside experienced Superleague players is something that Eaton says is a good learning experience, that has helped her make rapid progress as a player. 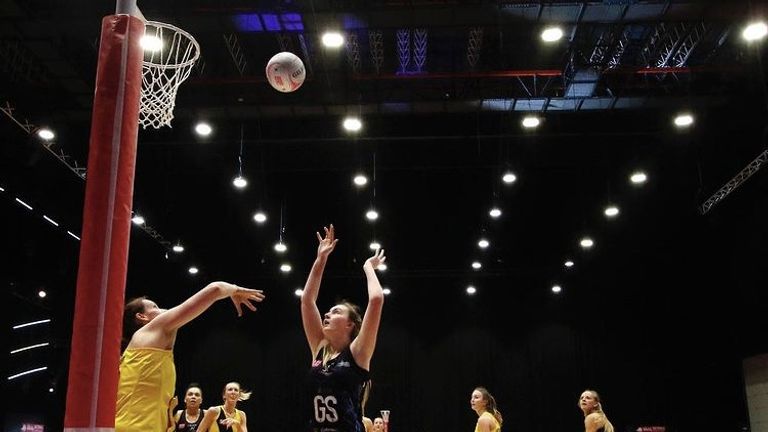 She said: “I still can’t quite believe it to be honest. I’ve watched these people growing up from when I was ten, so being on court with them is just crazy.

“But I just think it is such a good learning experience. When we played against Loughborough Lightning and Manchester Thunder, we didn’t get the wins but personally for me being able to get that first experience on court and get the nerves out of the way was massive.

“That first debut was always going to be a bit scary and nerve-wracking, but now I’ve done that I feel more confident. I just have to forget who it is marking me. I just think there’s nothing to lose when you’re young and you’ve just got to go for it.”

Alongside her Stars exploits, Eaton has worked her way into the England Roses academy since first picking up a netball aged nine, and she is hopeful of continually improving and eventually earning senior international honours.

“I’d love to represent England one day,” she added.

Sky Sports is your home of netball. The Vitality Netball Superleague continues on Sunday with Round Eight and four matches back-to-back streamed live on the Sky Sports YouTube channel from 12pm.