SHOCKED trainer Keri Brion learned her horse French Light had been disqualified after scrolling through Twitter.

The handler, now in Ireland but originally based in America, has travelled a small team across the Atlantic. 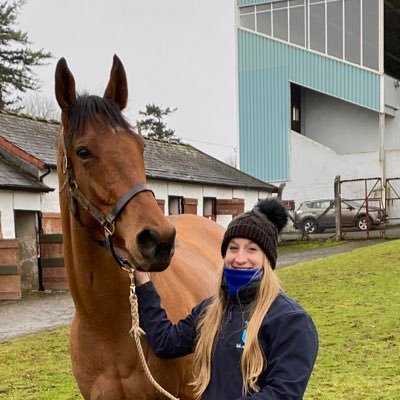 And confusion over what weight her horse should have been carrying at Punchestown on Sunday has led to the eventual runner-up being disqualified.

French Light was set to earn his connections £4,500 for his run in the Listed I.N.H. Stallion Owners EBF Novice Hurdle.

But the six-year-old second will be scratched after Horse Racing Ireland (HRI) realised the horse should have been carrying 7lbs more for his wins in America.

And to rub it in, Brion only learned of the news after an article was posted on to social media.

Brion hopes owner Irvin Naylor can at the least be reimbursed for the entry fees.

She tweeted: "What’s real nice is that no one has rang me, yet this is published…and the horse has already run once in Ireland so his American form is noted."

She added: "I was not aware until the Irishracing article was posted today. No one rang me to inform me of what was going on. The purse money he’s made (if he had been 2nd yesterday) pays for his flight over here.

"Owners are not happy. Would like to be compensated. A lot of money has gone into this venture."

Paddy Power: New customers only. Place your FIRST bet on any sportsbook market and if it loses we will refund your stake in CASH. Max refund for this offer is £20. Only deposits made using Cards or Apple Pay will qualify for this promotion. T&Cs apply. Paddy's Rewards Club: Get a £10 free bet when you place 5x bets of £10+. T&Cs apply. 18+ Begambleaware.org

It's not the only controversy to hit Irish racing of late. The sport still awaits the verdict from Charles Byrnes' appeal against his ban.

Byrnes was originally banned for six months after he one of his horses was deliberately stopped with a sedative.

The appeal was heard on February 10th but the verdict is still to be released.