The current man in the hotseat lost to the Chosen One's West Ham on Wednesday night as the Red Devils crashed out of the Carabao Cup thanks to Manuel Lanzini's finish. 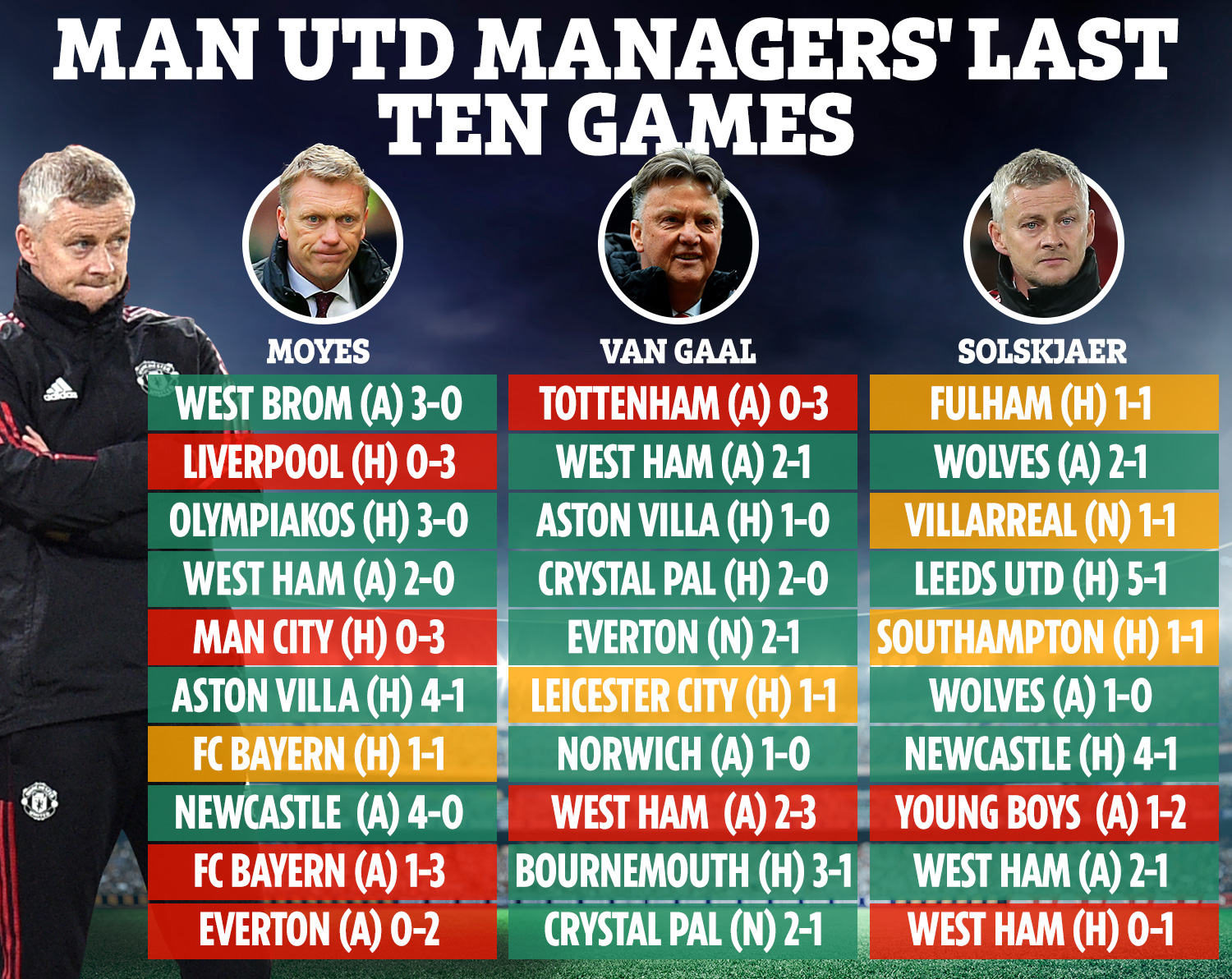 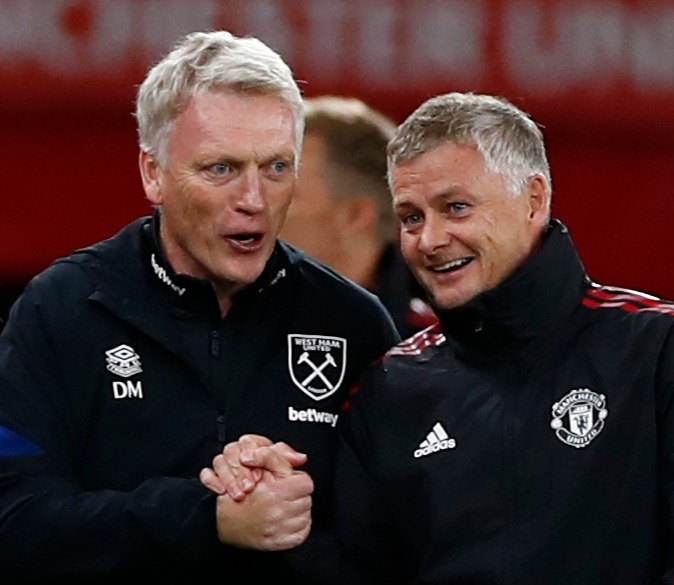 United have now won just five of their last ten matches in all competitions – enough for the board to wield the axe and get rid of Moyes back in 2014.

The current streak includes Premier League victories over West Ham, Newcastle, Wolves and Leeds this season – as well as Wolves in the final game of last term.

But they drew with Fulham back in May, then lost the Europa League final on penalties to Villarreal.

This term they had a stalemate with Southampton and suffered shock cup losses to Young Boys and now West Ham to jeopardise their hopes of silverware in the New Year.

And ironically, the latest flop result came with Moyes in the away dugout last night as he piled the pressure on the Norwegian.

Compared to three draws and two defeats from Solskjaer's last ten games, Moyes had four losses and a draw.

Those costly defeats – between March and April 2014 – came in crunch clashes with Liverpool, Manchester City, Bayern Munich and his former club Everton.

The draw was the first leg of the Champions League quarter-final with Bayern.

Louis van Gaal, meanwhile, won an impressive seven of his last ten games – including the FA Cup final – but it was not enough to keep his job in May 2016.

United are back in Premier League action on Saturday as they host Aston Villa at 12.30pm knowing they can go top of the league by bettering Chelsea's result against City in the other early kick-off.

The Red Devils game has been brought forward due to The Courteeners playing at the Old Trafford cricket ground down the road that evening.

But Solskjaer is confident his stars will be singing from the same hymn sheet with a strong performance at the weekend.

He said: "We’ve got lots of games and we'll just keep on doing what we’re doing and trying to get results.

"We’ve started the season OK, apart from we’re out of this cup which is not great, and we haven’t had a great result away in Europe.

"But we’ll be focused, we’ll be ready for Saturday."