Sophia Popov celebrates with the trophy at Royal Troon

Sophia Popov has belatedly learned to embrace her status as defending champion of the AIG Women’s Open, even if it risks inadvertently irritating some of her rivals.

Popov, who almost quit the game in 2019, was ranked 304th in the world when she defied the odds to complete an unlikely Troon double in August last year.

Three months after pocketing £1,757 for winning a Cactus Tour event at Troon North Golf Club in Arizona Popov collected £515,000 for winning the first women’s major of 2020 in impressive fashion at Royal Troon.

The 28-year-old German took a three-shot lead into the final round and carded a closing 68 to finish seven under par, two shots ahead of Thailand’s Jasmine Suwannapura.

Just three weeks earlier Popov was caddying for her friend Anne Van Dam when the LPGA Tour resumed after the coronavirus stoppage at the Drive On Championship, with local caddies unavailable for the event due to Covid-19 restrictions.

And it then took a top-10 finish at the Marathon LPGA Classic in Ohio to qualify for the Women’s Open for the first time since her debut as an amateur in 2011, coincidentally at this week’s venue Carnoustie.

As defending champion Popov has discovered her face being used “literally everywhere” on site to promote the event and also a highlights video of her victory being played on a loop in the clubhouse.

“There’s been this video that’s been like on a 20-second cycle going on in the clubhouse and I think everyone is fed up of seeing me to be honest,” Popov joked in her pre-tournament press conference.

“But it’s really funny because everyone just comes by. They call you defending champ and you’re like: ‘Okay’. Normally I’m way too humble of a person to even identify with something like that, but I know this week I can, so I’m just taking it all in.

“I’m like: ‘Yep, I’m defending’. So I’m getting better at just accepting that and being all cool about it. It’s awesome. You walk in the locker room and I have one of the first lockers for all the previous winners and that’s just something that’s very cool and I honestly didn’t even know about until I got here.”

As Europe’s top-ranked player, world number 28 Popov is set to secure a Solheim Cup debut when the qualifying period ends on Sunday and is relishing the prospect of helping Catriona Matthew’s side defend the trophy in Toledo from September 4-6. 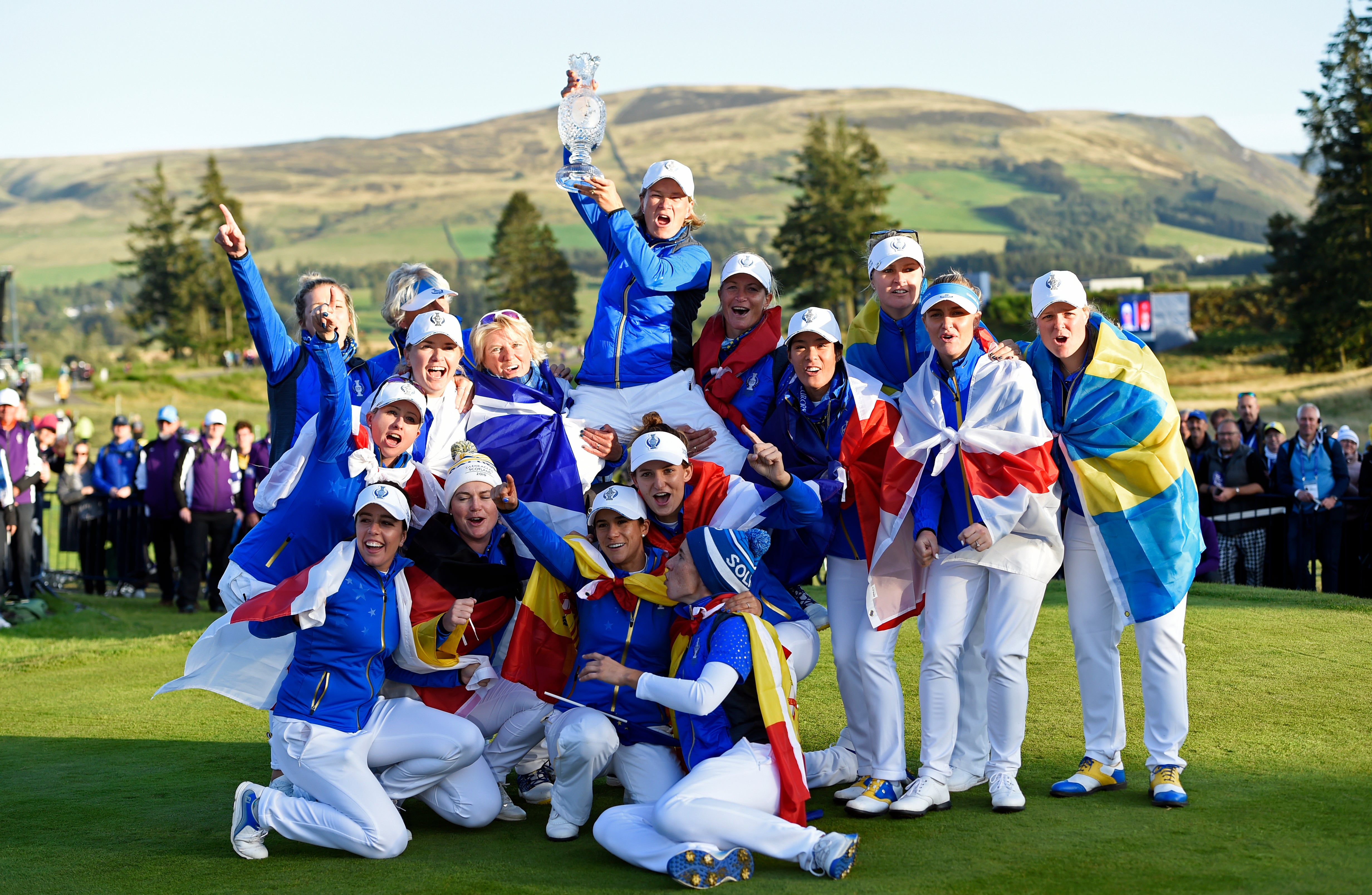 “She’s been texting me after every time I’ve been playing well and just to see how I’m doing and how I’m feeling,” Popov said of 2019’s victorious captain Matthew.

“I got to play with her yesterday (Monday), which was very nice. I think it calmed me down a lot. Someone with her experience and talking about things – everything she says sounds really calm.

“I feel like there’s not so much pressure tied to things she says, too. She’s probably deep down excited and very nervous about what’s going to happen and how the team is going to shape up like this coming week.

“But I think that in general our conversations have been very mellow.”