The player was assaulted at the end of Arsenal's 2-0 win at Tottenham on Sunday, January 15. 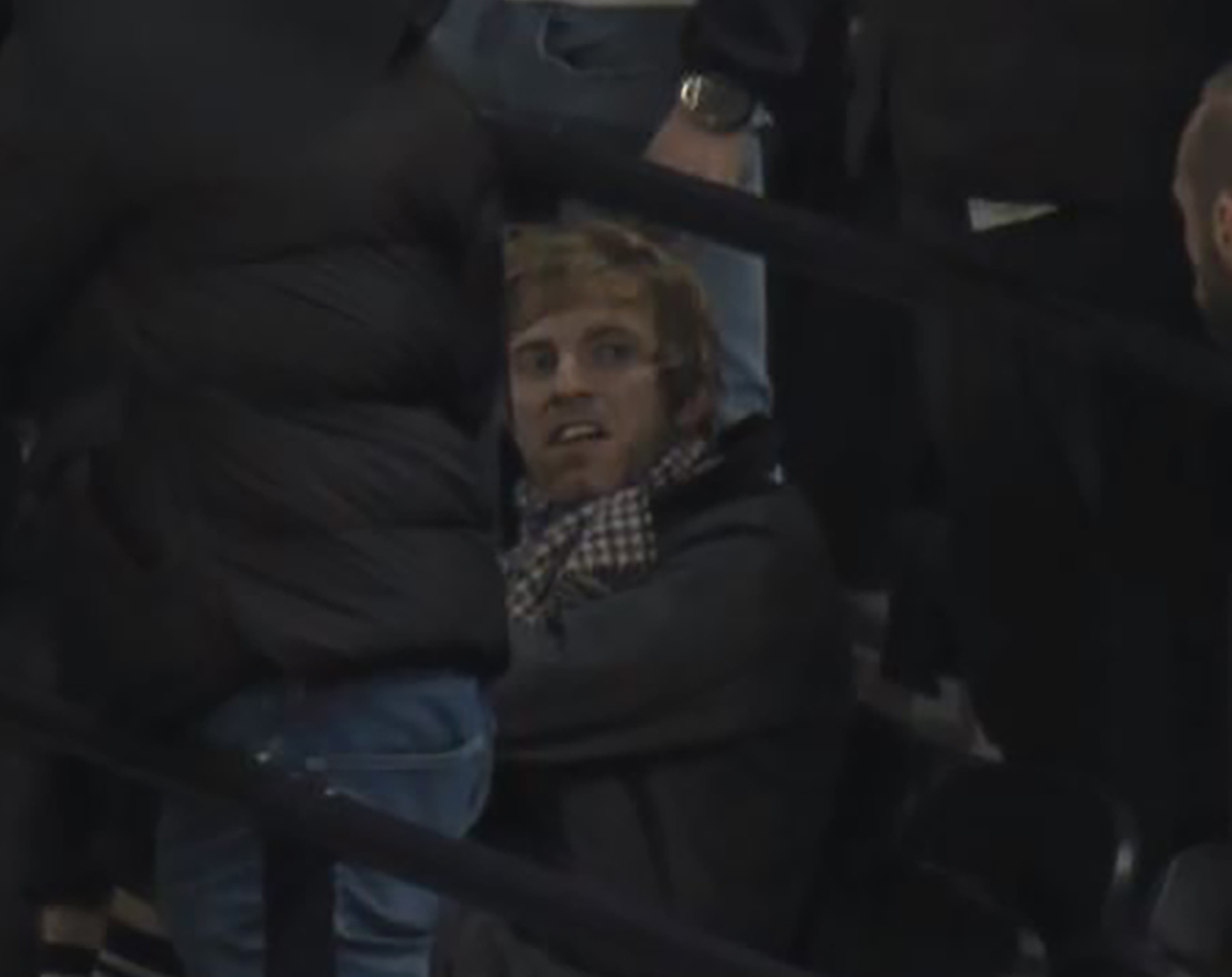 In a desperate bid to escape security, he frantically started climbing over seats through the crowd.

The man, who covered his face with a scarf, then appeared to meet up with two men who knew him.

He removed his face covering as he looked out of breath and fans tried to protect his identity by standing in front of him.

When he was leaving the stadium he had taken off his jacket and scarf to change his appearance and quickly slipped past people going up the stairs.

Ramsdale was handed a bottle of water after the incident.

The Met Police confirmed enquiries are ongoing and there have been no arrests made.

Spurs boss Antonio Conte said: "I didn't see it before. If this situation happened [then] it's not good, it's not positive.

Tottenham defender Eric Dier said of the incident: "I didn't see it, but obviously it's just unacceptable really. There's nothing more I can say other than it's unacceptable and it shouldn't have happened."

Tottenham said in a statement: "We are appalled by the behaviour of a supporter that attempted to attack Arsenal goalkeeper Aaron Ramsdale at the end of today's match. Violence in any form has no place in football."

"This is wholly unacceptable behaviour and we will work together with the police, the relevant authorities and the clubs to ensure the appropriate action is taken."

A Premier League statement read: "There is no place in football for acts of violence, and under no circumstance should players be attacked or fear for their safety at games.

"The League will support the clubs and relevant authorities in taking the strongest possible action against the individual responsible."

A PFA statement read: "Players have a right to be safe in their place of work. When a player is attacked we expect the laws and regulations that are in place to protect them to be properly enforced.

"As the players' union we treat this as a priority issue. We will be continuing to work with the authorities to demand that players and staff are better protected in their place of work."

Former Arsenal and England striker Lianne Sanderson tweeted: "That idiot that kicked or tried to kick @AaronRamsdale98 should be banned for life. Hate seeing things like that. What on earth is wrong with people."

This came as Arsenal won the league at White Hard Lane for the second time.

Mikel Arteta’s men are not even halfway through their Premier League campaign but this was a hugely significant triumph – one which may be pinpointed as the most crucial of the lot if they are crowned champions of England for the first time in 19 years.

Next Sunday, they face a resurgent Manchester United – the only team to have defeated them in the league this season – and next month they face City.