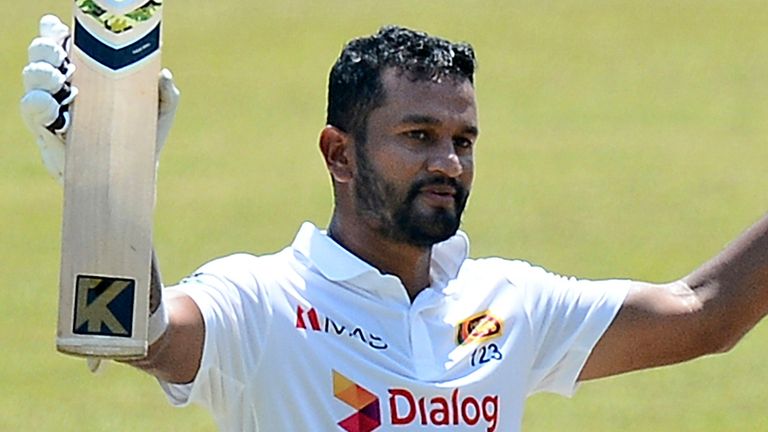 Sri Lanka captain Dimuth Karunaratne completed a maiden Test double ton and shared a record partnership with fellow centurion Dhananjaya de Silva as the hosts piled on the runs against Bangladesh on a wicketless day four of a first Test which seems set to end in a draw.

Karunaratne (234no) turned his 11th Test century into a first double, reaching 200 from 387 balls during an unbroken fourth-wicket stand of 322 with Dhananjaya (154no), a record for any wicket in a Test match in Kandy.

The partnership has surpassed the 258 Australia’s Shaun Marsh and Michael Hussey put on against Sri Lanka in September 2011. Sri Lanka began the day on 229-3 but closed on 512-3 having added 283 runs across Saturday’s play, which was interrupted by bad light.

The hosts now trail Bangladesh by just 29 runs, with the visitors having made 541-7 declared in their first innings after electing to bat.

Three of the six highest partnerships in Kandy Tests have come in this game, with Shanto putting on 242 with Mominul and 144 with Tamim for Bangladesh, before Karunaratne and Dhananjaya went huge for Sri Lanka.

The two-match Test series concludes at the same venue from Thursday.