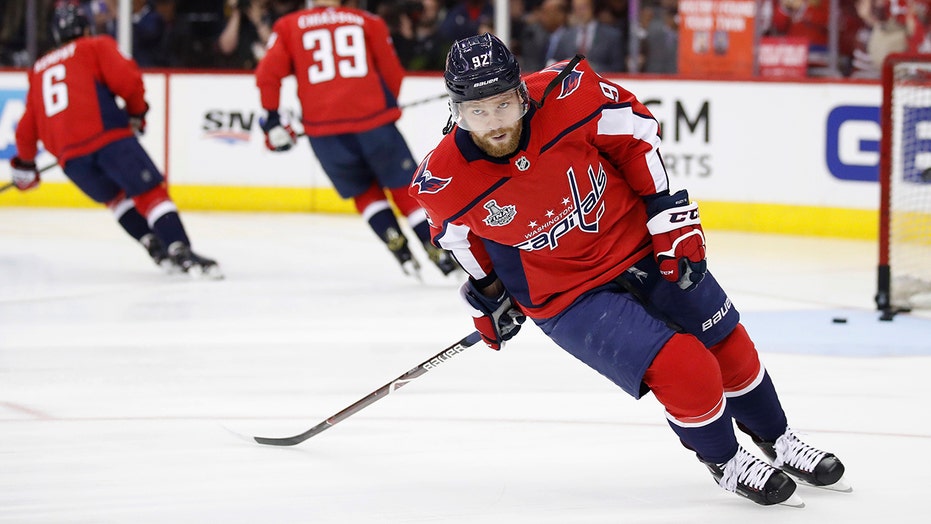 Stanley Cup champion Evgeny Kuznetsov was banned from international competition for four years after testing positive for cocaine while representing Russia at the world championship.

Kuznetsov, who is currently the star center for the Washington Capitals, failed a doping test from a sample taken May 26, the day Russia won the bronze medal against the Czech Republic in Slovakia, the International Ice Hockey Federation said in a statement Friday.

“I feel absolutely terrible for letting you down,” he said in a statement. “I realize that the only way I can win you back is to take ownership of my situation and my actions from this point forward.”

The positive test will not prohibit Kuznetsov from playing in the NHL. The league classifies cocaine as a drug of abuse rather than a performance-enhancing product.

The NHL said Kuznetsov will have a meeting with NHL Commissioner Gary Bettman before training camp begins and will undergo regular testing.

“Here, we understand that Mr. Kuznetsov has voluntarily sought help through the education and counseling program provided for in the NHL and (players' union) collective bargaining agreement,” NHL deputy commissioner Bill Daily said in a statement.

Kuzentsov came under the microscope during the world championship after a video surfaced on social media showing him talking to someone while what appeared to be lines of white powder and American dollar bills can be seen on a table. Kuznetsov never touches the substance in the video and he later said it was from Las Vegas in 2018 after the Capitals won the Stanley Cup. The video has since been deleted.

The NHL reviewed the incident and said there was no reason to question Kuzentsov’s explanation.

Kuznetsov will be eligible to play for Russia again in June 2023. He is banned from the 2022 Beijing Olympics and the next three world championships.