AFTER ducking and weaving each other all season superstar stayers Stradivarius and Trueshan are finally set to meet.

Every time one has run this season, the other has been conspicuous by his absence but now the stage is set for the two to lock horns with a £150,000 on the line in the Prix Du Cadran at Longchamp on Saturday. 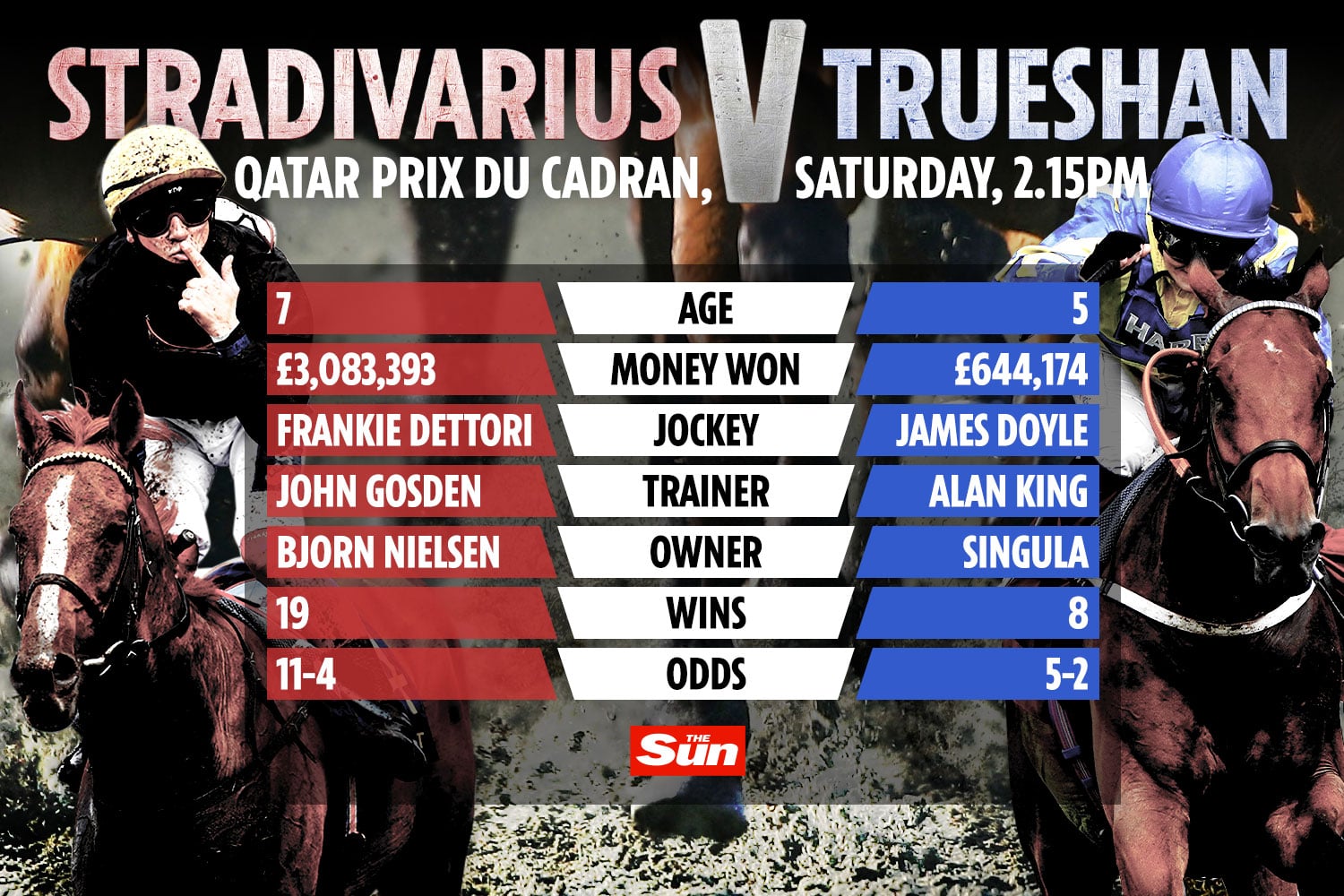 From the summer of 2018 to until the start of this current Flat season, Stradivarius was been the undisputed king of the staying division

He was simply peerless, mopping Grade 1 after Grade 1 and answering every question he was asked by the pretenders to his throne.

This season though, it feels as if the balance may have shifted.

Now seven, it could be that age is beginning to catch up with Stradivarius or it may be that a new generation of stayers is finally breaking the elder statesman's iron grip.

That generation is led by the Alan King-trained Trueshan, who carved through the mud to win July's Group 1 Goodwood Cup when last seen.

Stradivarius meanwhile mopped up Group 2s at Doncaster and York when the ground was rattling quick at the back-end of the summer.

It is a liking for different conditions that has denied us the showdown for which we have so yearned.

Trueshan's best form has come in testing conditions, as advertised at Goodwood and again last season at Ascot on Champions Day.

John Gosden maintains Stradivarius needs better ground to be at his peak, in spite of the horse producing a career-best performance on soft in the 2020 Ascot Gold Cup.

Yet with retirement perhaps beckoning, Gosden and owner Bjorn Nielsen appear willing to go against their own wisdom and pitch Stradivarius in against Trueshan in conditions we know the latter relishes.

Both Trueshan and Stradivarius have regular partners in crime.

Frankie Dettori has ridden Stradivarius on 22 of 30 career starts and guided him to three landmark triumphs in the Ascot Gold Cup.

The pair's association is akin to that of Dettori and another `Gosden superstar, Enable, and will be renewed again on Saturday.

Meanwhile, Trueshan has found his own perfect foil of late. 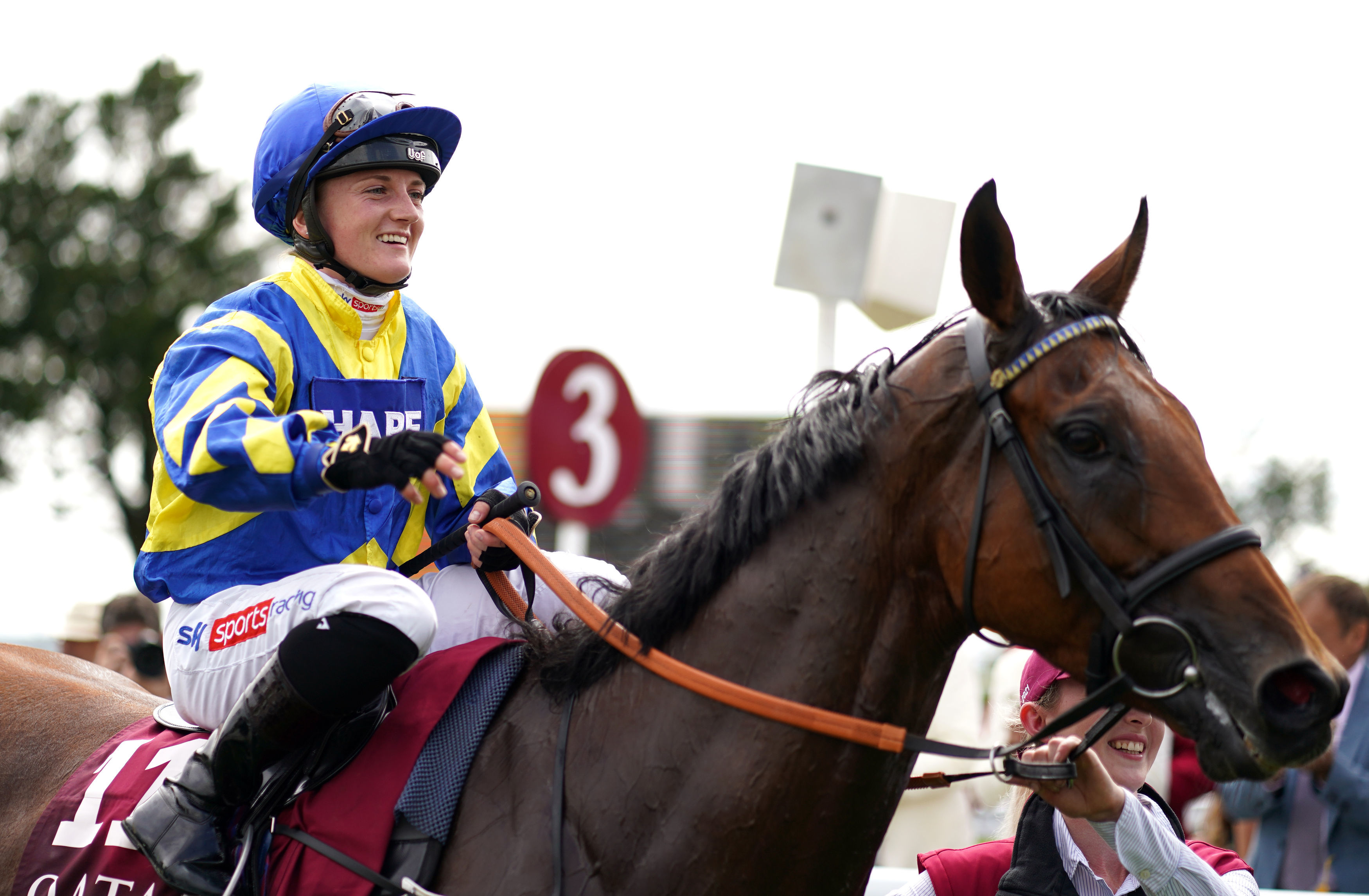 Hollie Doyle has guided the the horse to his two Group-race successes and was masterful in setting the pair's course through the Goodwood Cup.

However, she will be absent from the saddle this time after this week failing to overturn a seven-day suspension for careless riding on appeal.

Another, unrelated Doyle, James, is set to take the ride and his talent and wealth of experience should at least mitigate the worst of Hollie's absence.

While Stradivarius and Trueshan will hog the majority of the headlines ahead of the Cadran, there are other dangerous rivals to consider.

Chief among those is last year's winner Princess Zoe, who finished second in this year's Ascot Gold Cup and is another who will relish the testing conditions.

In fact, the layers give Princess Zoe as good a chance as Stradivarius, with both locked at 11-4 joint-second favouritism behind Trueshan at 5/2.

Skazino will lead the French charge and is not without a chance on the back of solid campaign which has featured three Group-race victories.

Aidan O'Brien's sole challenger Emperor Of The Sun is a 20/1 shot who has plenty to find on form, as does Stratum for Willie Mullins.