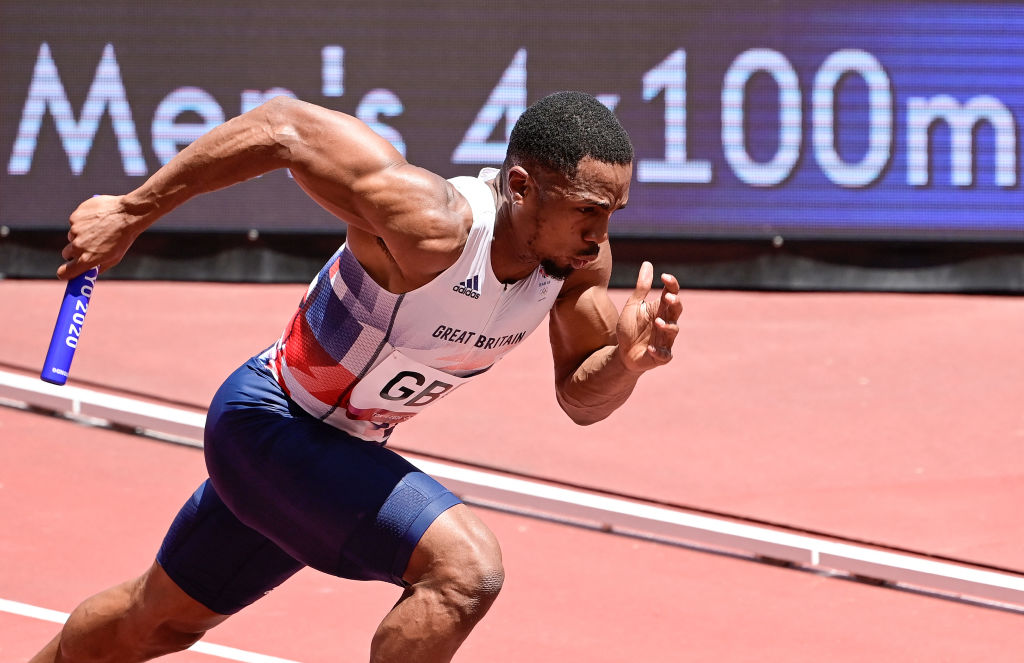 CJ Ujah, part of the Great Britain team that won silver in the men’s 4x100m relay at the Tokyo Olympics, have been provisionally suspended for an anti-doping violation.

The British sprinter was among four athletes from different nations suspended pending an investigation by the Athletics Integrity Unit for testing positive for a banned substance.

If the suspension is upheld, Great Britain face the possibility of being stripped of the silver medal they won six days ago.

Ujah was part of the team alongside Zharnel Hughes, Richard Kilty and Nethaneel Mitchell-Blake that finished second behind Italy.

Ujah ran the opening leg in the final with Italy clinching victory in the closing stages, winning by just one-hundredth of a second.

Canada finished in third with China outside the medal places in fourth.

A statement from the Athletics Integrity Unit read: ‘In accordance with the IOC Anti-Doping Rules and the World Athletics Anti-Doping Rules, the Athletics Integrity Unit (AIU) has commenced disciplinary proceedings to determine any consequences beyond the Tokyo 2020 Olympic Games to be imposed upon four (4) track and field athletes who are asserted to have committed antidoping rules violations following testing conducting by the International Testing Agency (ITA) during the Tokyo 2020 Olympic Games.

‘The AIU worked closely with the ITA during the Games and provided the intelligence to carry out specific target testing on two of the four athletes.

‘The AIU now awaits the conclusion of the ITA proceedings against the above athletes, which will determine whether any anti-doping rule violations have been committed and what consequences (if any) should be imposed in relation to the Olympic Games.

‘Any consequences beyond the Olympic Games to be imposed upon the athletes under the World Athletics Anti-Doping Rules will be determined following the conclusion of the ITA proceedings.’

The UK Anti-Doping Agency (Ukad) website describes Ostarine as having ‘a similar effect to testosterone’.