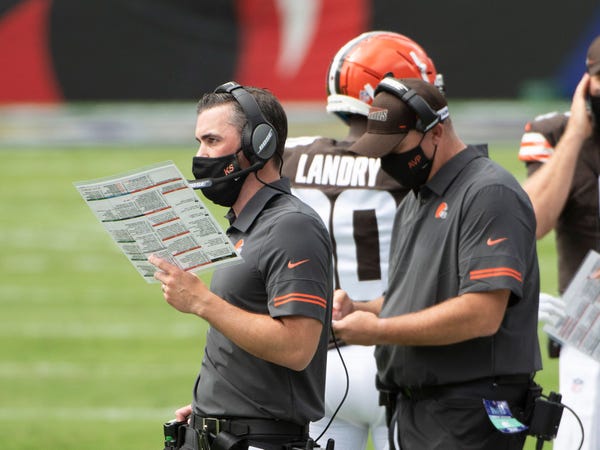 In the first quarter of the Browns' season opener against the Baltimore Ravens, Cleveland attempted a fake punt from their own side of the field.

Already trailing 7-0, the Browns apparently thought themselves in need of a spark. But the trickery immediately backfired, as punter Jamie Gillan was quickly caught and wound up fumbling the ball away.

On Twitter, Browns fans could only admit that, yeah, this looks like the football team they know.

Sadly, it wasn't the only embarrassing moment for the Browns in their opening game, as the team later faced a 3rd-and-41 after taking a series of penalties and sacks.

The Browns are back, baby.