MANUEL CHARR’S name has flown so far under the heavyweight boxing radar he’s been able to change it without anyone noticing.

The Germany-based, Lebanon-born Syrian was a huge success story at the start of his career. 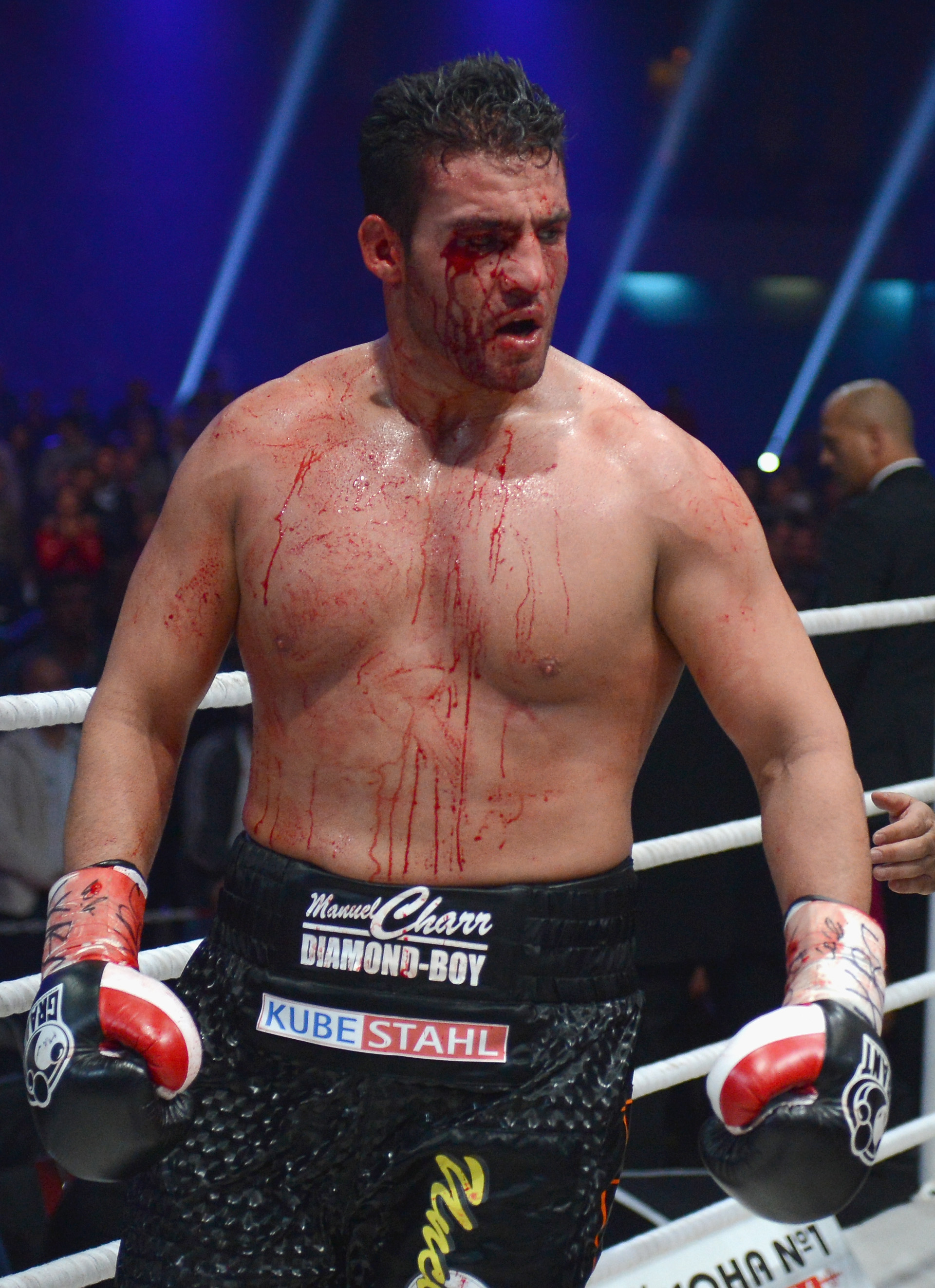 He fled the civil war that claimed his father’s life, overcame a crippling hip condition – and a near-fatal shooting – to clinch a world honour, albeit a second-rate version.

But, since outpointing Alexander Ustinov for the World Boxing Association’s trinket title in November 2017, he has not had a single fight while the likes of Anthony Joshua, Tyson Fury, Andy Ruiz Jr and Deontay Wilder have won and lost titles and made millions.

In April 2019, in the middle of his hiatus, Charr reverted to his childhood name of Mahmoud, stating: “Manuel is a name given to me by German marketers. I didn’t choose it, and I didn’t want it.

“I am Mahmoud, the name my parents chose for me, it means beloved of God.”

And that is sadly the closest the 36-year-old has got to making headlines in four long years, as boxing has been able to bypass him during a booming time for his division.

It started off so well, too, Charr was a prodigious young muay thai and Thai boxing fighter before turning pro in 2005 and his 18th consecutive win came against Britain’s infamous journeyman Danny Williams.

Seven years into his career he dived in too deep and was brutalised by WBC champ Vitali Klitschko over four one-sided 2012 rounds.

The elder Klitschko brother thumped him to the floor at the end of the second round and then clipped him with a left hook that opened a relentless gash that squirted blood all over his torso. 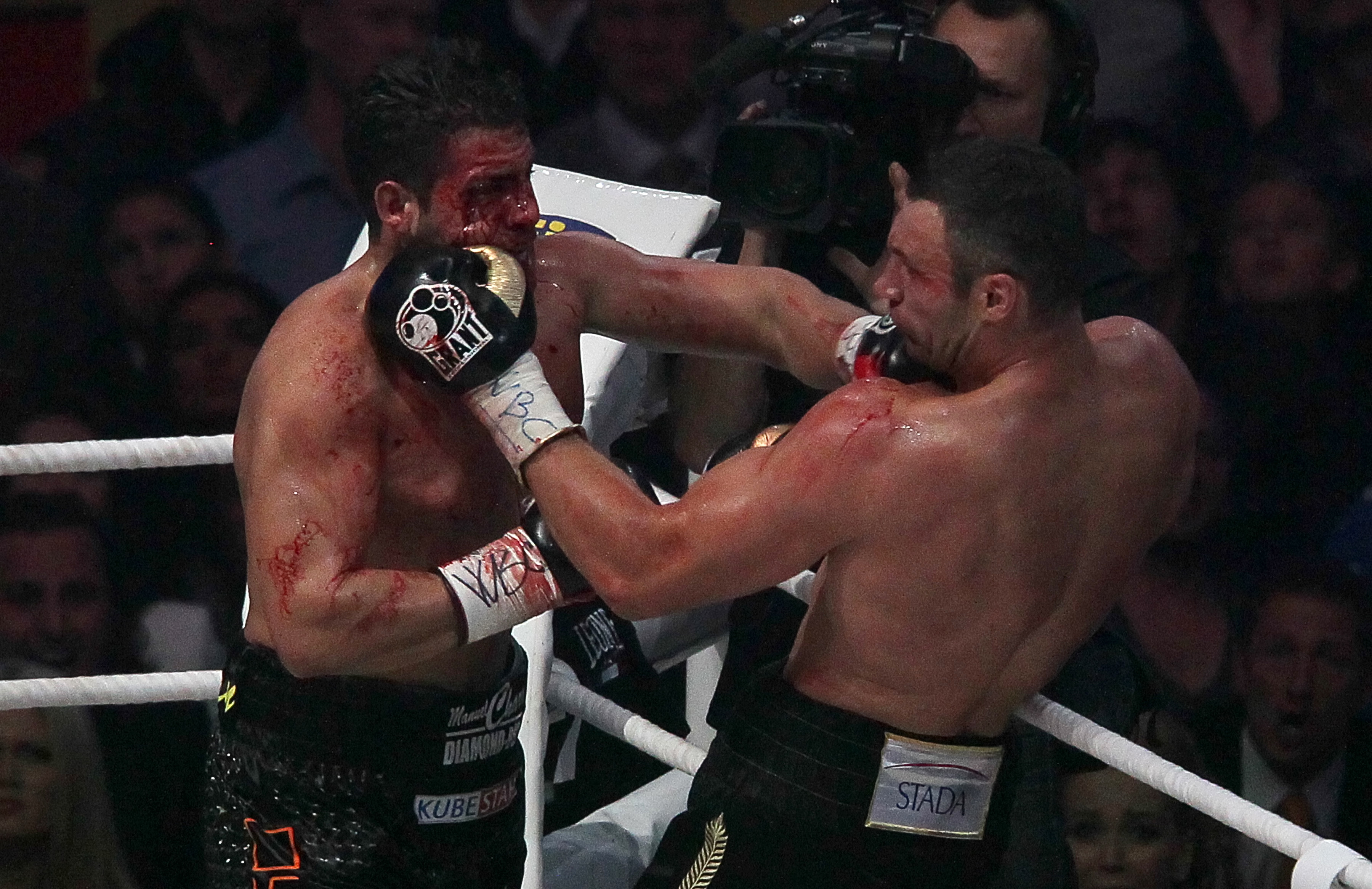 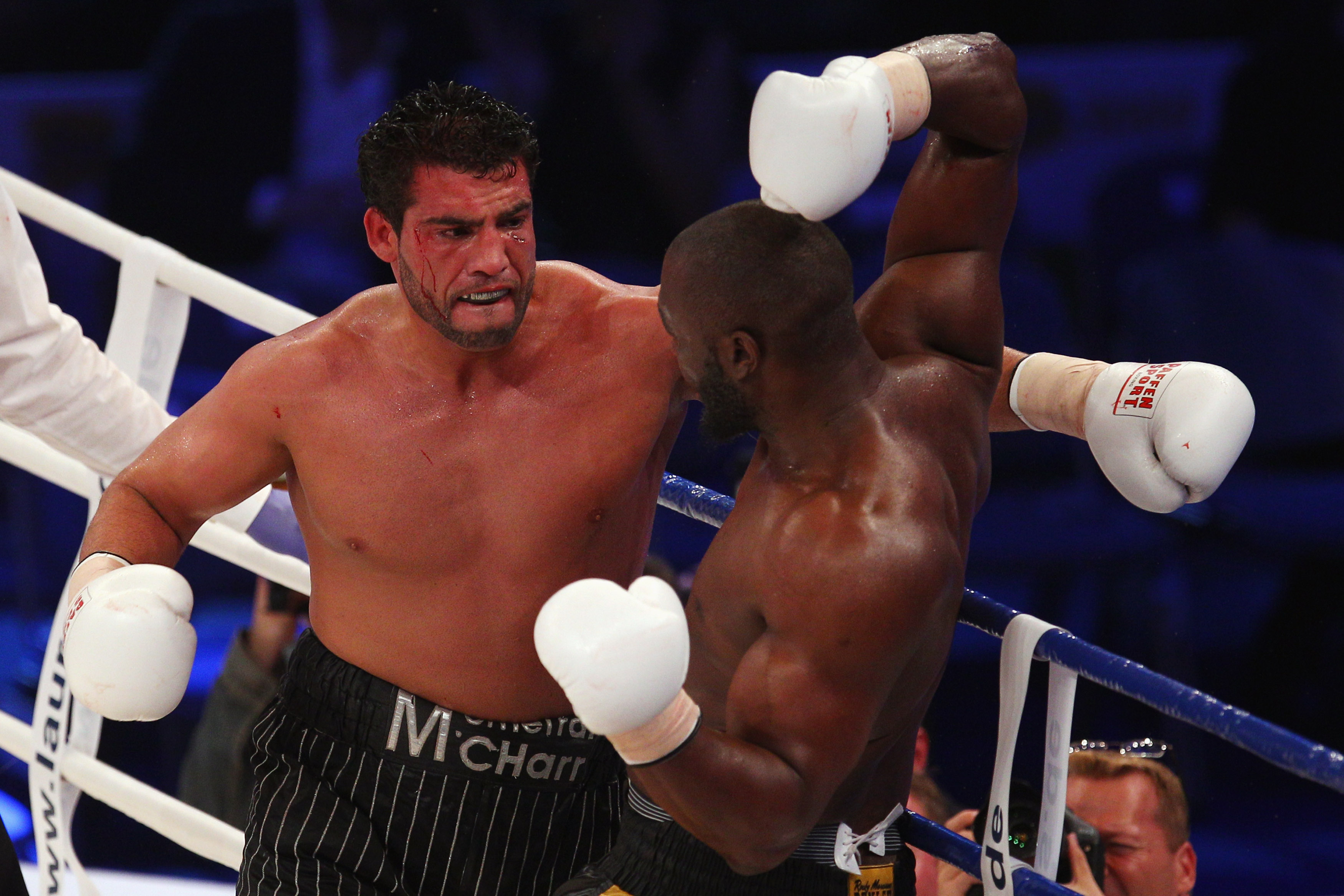 When the ringside doctor waved the fight off over fears for Charr’s right eye, he went on an angry rampage, kicking and punching the Moscow ropes and offering Dr Ironfist the chance to decide the fight outside of the rules and regulations.

Little brother Wladimir even jumped into the ring to keep things cool.

After four rebuilding bouts, Charr relocated his career to Russia where he lost three out of six when he stepped up against Alexander Povetkin, Johann Duhaupas and Mairis Briedis.

Then, in September 2015, Charr’s life was almost snuffed out by a cowardly trigger-happy Facebook troll.

After repeated insults, Charr dared the critic to meet him face-to-face.

Instead, while eating a late night kebab in Essen, he had four bullets pumped into his stomach instead of a chicken shish with extra chilli sauce.

Incredibly Charr was only out of the ring a total of nine months, proving his current lack of action is not the result of a lack of courage.

But after two tune-ups he was informed the chronic pain in his pelvis was congenital hip dysplasia and he needed a double replacement, at the age of just 32. 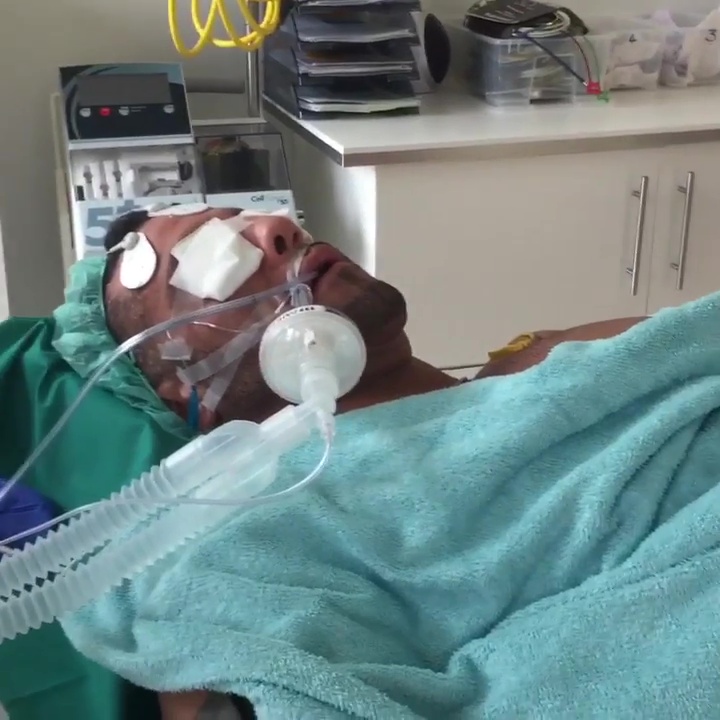 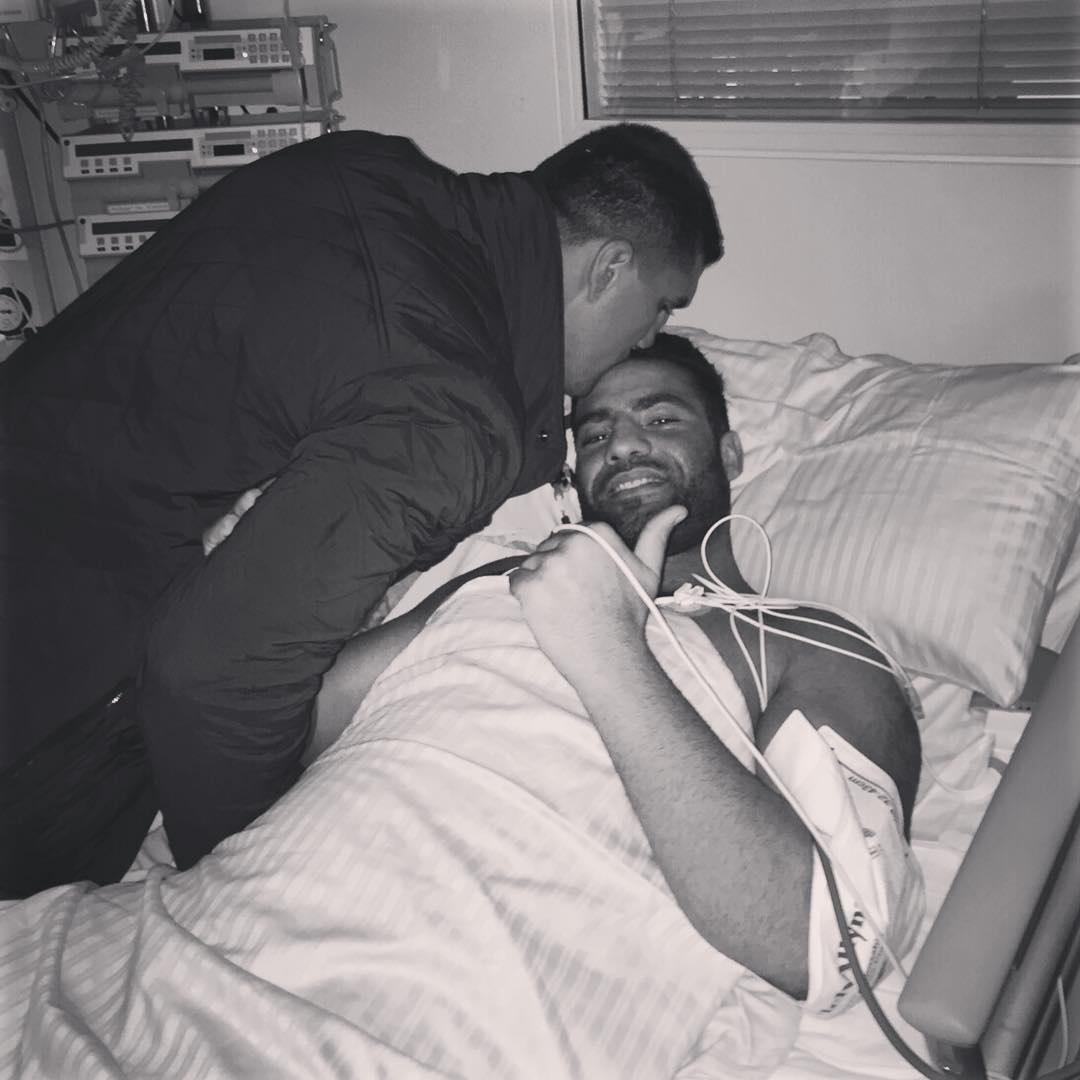 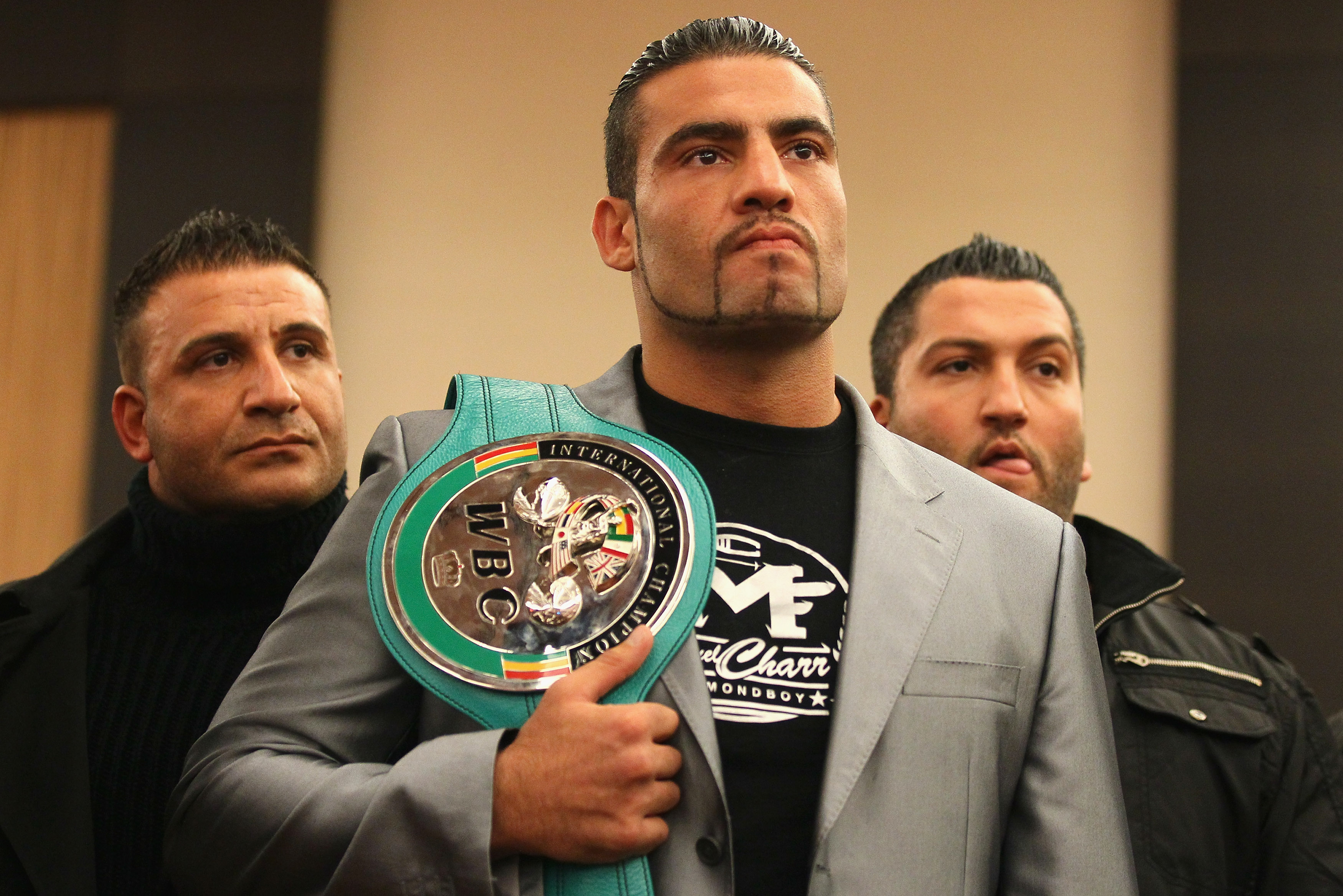 Revitalised by the surgery, Charr faced a fading Ustinov and earned a unanimous decision after dropping him in the eighth.

His first defence was set to follow a year later after against Fres Oquendo but VADA found steroids epitrenbolone and drostanolone in his system and he served a six month-ban.

In the summer of 2020, Charr chased a fight with Andy Ruiz Jr but was repeatedly rebuffed by the little Mexican who dethroned Joshua for the last six months of 2019.

And now, after four long years out the ring, he returns to face unbeaten American Christopher Lovejoy in Cologne. 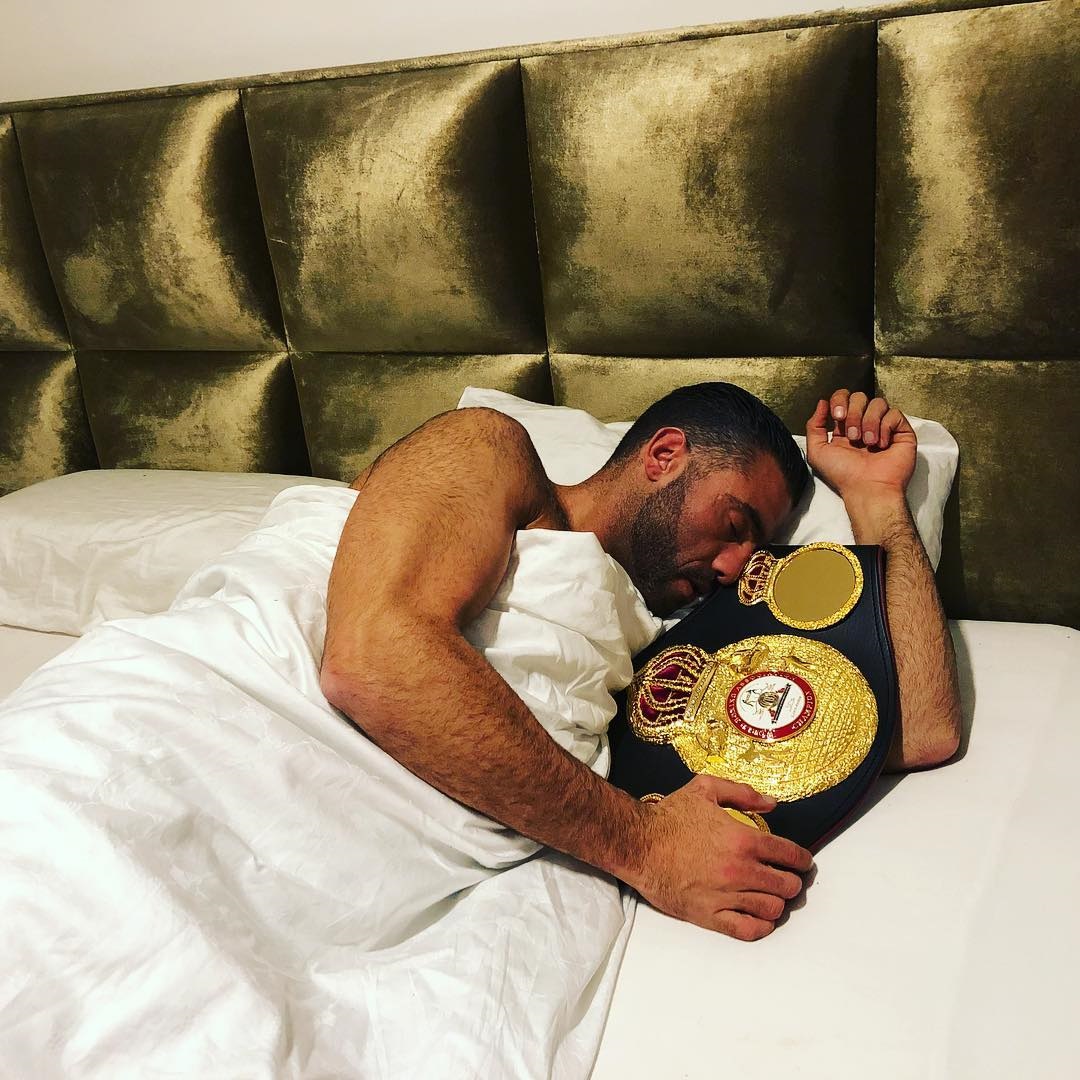 Charr does not look like a man who is finished with the sport, he was still parading his black and gold belt proudly and visits schools in Germany to discuss his inspirational story until he was stripped for inactivity.

But any momentum the 31-4 fighter once had, in and out of the ring, is long gone.

Of course, an eye-catching win early in 2021, could recapture the attention of fight fans around the world.

And the Arabic community, taking a growing interest in boxing, would go wild for a heavyweight boxing champion to call their own.

Saudi Arabia will host the first leg of AJ vs Fury, while the UK tries to get a grip of the Covid-19, and the Middle East region would leap at the chance to have a Muslim heavyweight on a card soon.