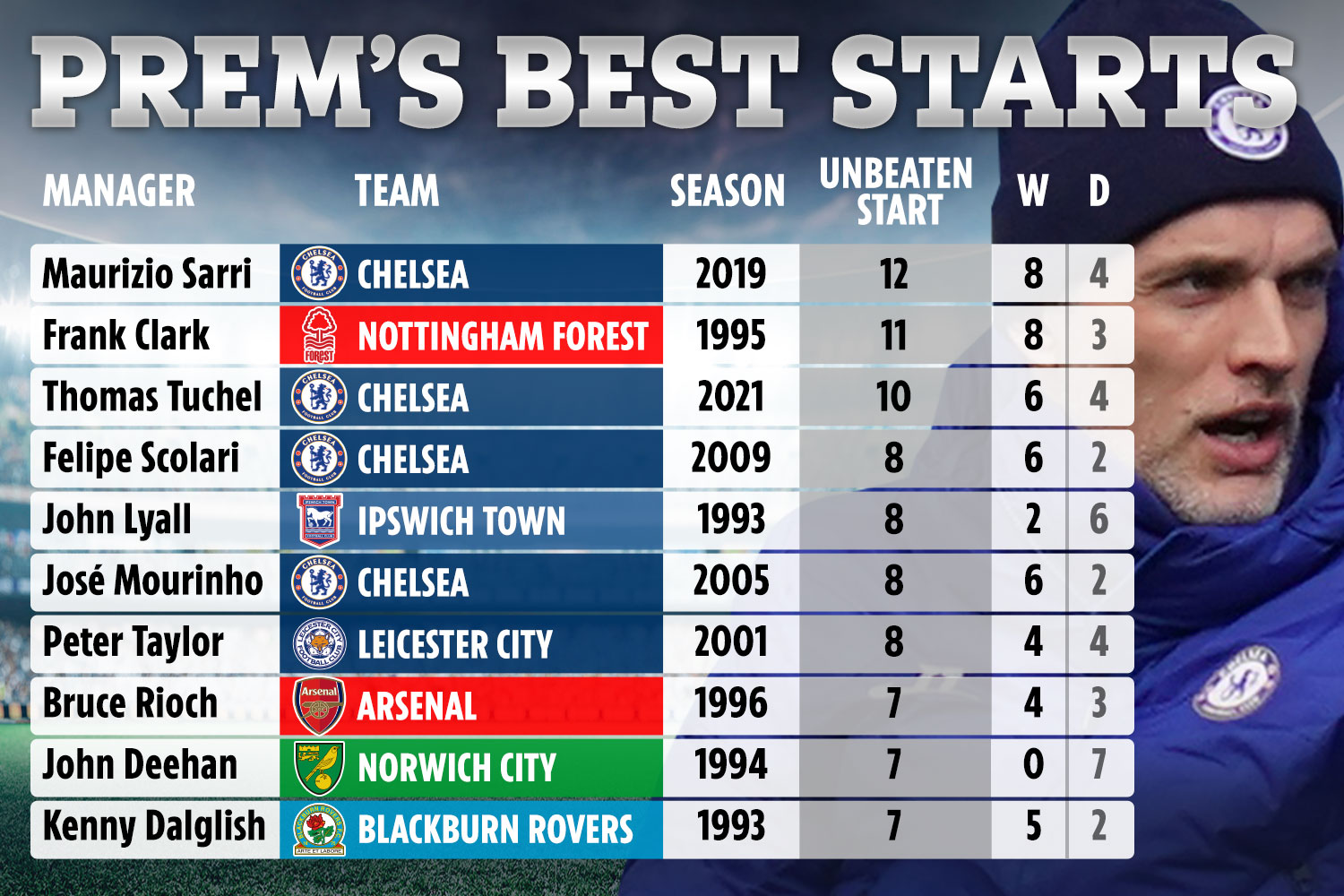 Tuchel ultimately finished his impressive start at six wins and four draws including victories away at Liverpool and Tottenham.

Chelsea had also conceded just twice in the ex-Paris Saint-Germain boss' first 14 games before their unbeaten stint came to an end to West Brom.

And it means that only ex-Chelsea chief Sarri and former Nottingham Forest gaffer Frank Clark began their Prem managerial careers with longer runs.

Italian Sarri, who was appointed at Stamford Bridge in 2018, went 12 matches undefeated – one more than Clark in the 1994-95 season.

While Jose Mourinho also avoided defeat in the same amount of fixtures during his first time in charge of the Blues in 2005.

But while the league run is over, Tuchel does still boast the best start of any Chelsea manager in all competitions at 13 games.

The German masterminded a flawless 2-0 victory over Atletico Madrid in the Champions League last 16 second leg before the international break.

But now Chelsea will need to bounce back immediately with their first-leg quarter final clash against Porto on Wednesday.

The Blues also remain in the fight to secure a top-four finish this season with a must-win clash with London rivals Crystal Palace next weekend.