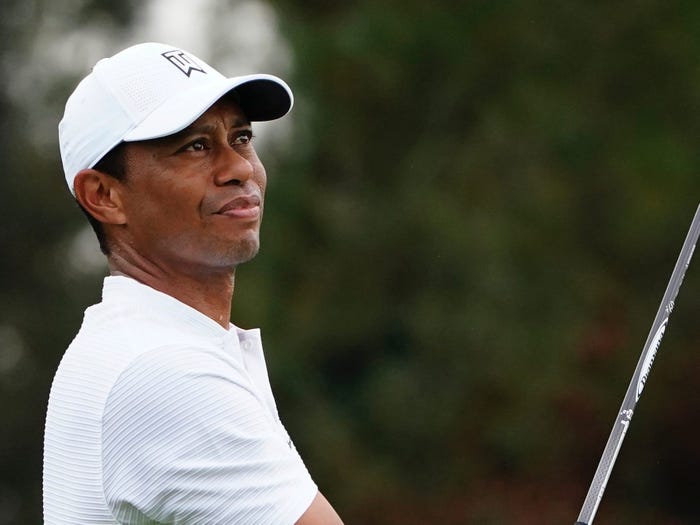 Tiger Woods came out hot to defend his 2019 Masters title.

The five-time champion at Augusta National enjoyed a rock-solid first round down in Georgia for this year's major championship. And en route to one of his best opening-round performances in his long and esteemed career on the par-72 course, Woods almost hit a hole-in-one.

The 44-year-old hit a near-perfect shot off the tee on the 16th hole. Woods' drive dropped onto the green and made its way back towards the pin before rolling to a stop mere feet from the cup. The 15-time major champion easily tapped it in for a birdie, bringing his tally to three-under-par through seven holes.

Perhaps even more impressive than the shot itself is how remarkably similar it may have looked to golf fans. At last year's event, Woods hit a nearly identical shot, just barely missing an ace during the final round of his epic 2019 Masters comeback.

Tiger tapped that shot in for a birdie as well and, two holes later, secured yet another green jacket. The win marked his first major title in more than a decade and helped him emerge from the most significant drought of his illustrious career.

With a victory at the 2020 Masters, Woods would tie golf legend Jack Nicklaus for most wins at Augusta National. Successfully defending his title would also make Woods the outright leader in career PGA Tour victories, putting him one title ahead of Sam Snead with 83 PGA Tour wins in his career.