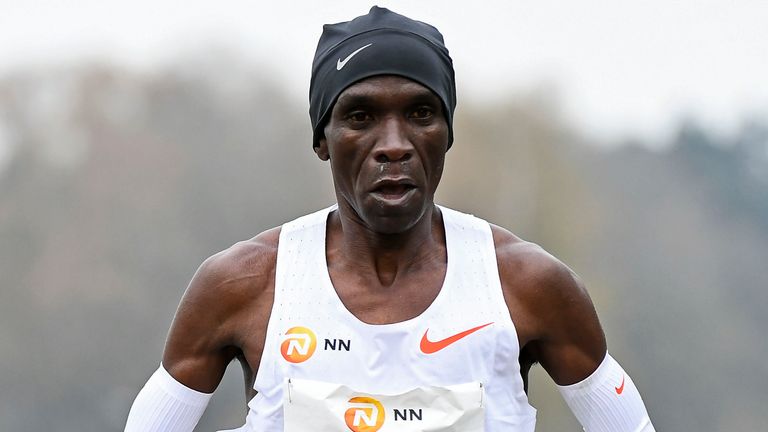 Eliud Kipchoge feels confident of achieving back-to-back marathon Olympic titles for Kenya, and believes the Tokyo Games have provided a symbol of hope for people worldwide who have found life difficult during the coronavirus pandemic.

Despite these Olympics unfolding like none before in history with empty stadiums, strict coronavirus protocols and a socially-distanced athletes’ village, many of the 11,000 competitors have produced numerous moments of inspiration with their performances over the past fortnight.

Jamaica’s Elaine Thompson-Herah recorded an astonishing double-double triumph in the 100m and 200m. We have seen world records broken by the likes of Norway’s Karsten Warholm and the USA’s Sydney McLaughlin (400m hurdles) and Britain’s 4x100m mixed medley swimming team. 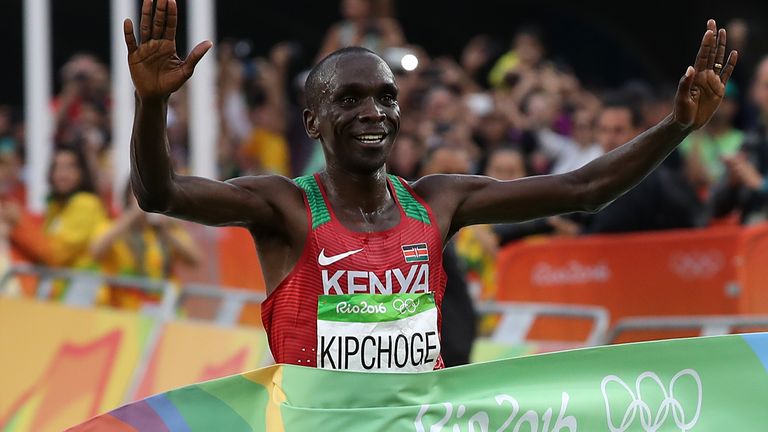 Kipchoge, the first person to run a marathon in under two hours in an unofficial race, wants to join the long list of trailblazers at these Games when he tries to become only the third men’s marathon runner in history to achieve consecutive golds as he lines up in Sapporo on Hokkaido island.

“It’s a sign in that we are actually preparing for the best moments ever whereby we’re going to have our normal lives again. So there is a light at [the end] of the tunnel.”

I have completed my training and I am really excited to race in Sapporo. For me, there is no greater race than competing for an Olympic medal. In Japan, I will defend my title from Rio, to win a second Olympic medal in the marathon would mean the world to me. pic.twitter.com/jV5zpuYi2k

Like many east African nations, Kipchoge’s country Kenya has a small proportion, just 2.35 per cent, of its 53 million population vaccinated against coronavirus with the disease having claimed the lives of 4,088 citizens there since the beginning of the pandemic.

The three-time Olympic medallist is eager to stress that the very fact that the marathon races are happening amid logistical issues and enormous suffering worldwide is a sign of optimism after a challenging year and a half. 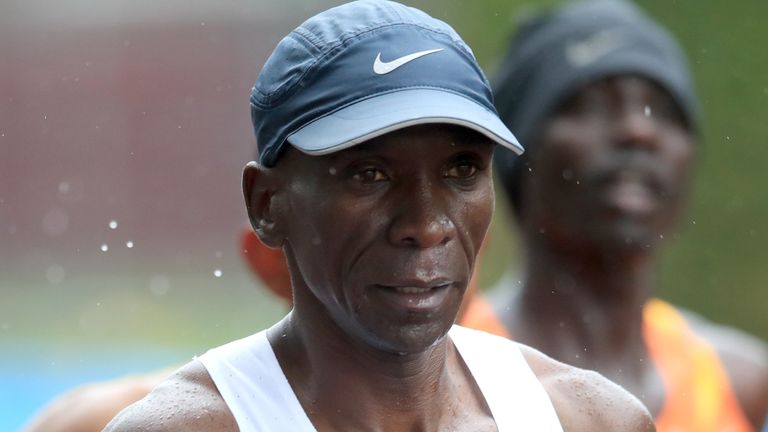 “We are going to Sapporo to show that there is hope that we are doing better and that we are on the right transition to enjoy our normal lives,” Kipchoge added.

The 36-year-old long-distance runner would join an exclusive club of just two other men – Abebe Bikila of Ethiopia (1960 and 1964) and East German Waldemar Cierpinski (1976 and 1980) – in defending an Olympic title in the men’s marathon.

Kipchoge, who will run alongside compatriots Amos Kipruto and Lawrence Cherono, holds the official world record of 2:01:39 which he set in Berlin three years ago and clocked 2:04:30 in his last race before the Games. Kenya have won nine medals so far during these Games with their three golds coming in athletics – Emmanuel Korir in the men’s 800m, Faith Kipyegon retaining her 1,500m title, and Peres Jepchirchir in the women’s marathon – and Kipchoge is eager to add to that tally in Sapporo.

He said: “I am still hungry for running in the Olympic Games and winning a gold medal, so I still feel fresh every time I wake up.

“Actually if I win a gold medal this will be the highest, in terms of personal achievements,” Kipchoge said.

“I really value the Olympic games and I am really fighting for it.

“I could be more happy if coronavirus could not be there and if fans could be lining up on the road to cheer us. To give us hope, we give them hope, which is what running is all about.

“But, all in all, we respect the authorities and the challenges. As I always say, marathon is life and we need the marathons to protect the lives of many people. I’m excited to run in Sapporo even without fans.”

I am very excited to be here in the Olympic village in Japan.

It is great that we are able to run the Olympic marathon in these unusual times. On Sunday, I will try to defend my Olympic marathon title from Rio de Janeiro. I cannot wait to witness a wonderful event. Niko tayari. pic.twitter.com/8u0DX7jAN2

The temperature in Sapporo at 11pm BST on Saturday (7am Sunday in Japan) is expected to be a roasting 31 degrees, with sunshine and humid conditions throughout the day.

But the Kenyan feels unfazed by the forecast as he aims to build upon his title five years ago and his silver and bronze in the 5000m at the Beijing 2008 and Athens 2004 Games.

World champion Lelisa Desisa and Shura Kitata of Ethiopia, along with countryman Cherono, are his biggest challengers.

Callum Hawkins, out to earn his fourth global top 10, heads the British team along with Chris Thompson and Ben Connor.

“All of us will be on the same frying pan,” Kipchoge joked. “The best one will win.”

The pandemic has been a busy time for Kipchoge personally – he lives in a small village in the Rift Valley region in the north west of Kenya. The father of three has a farm there where he rears cows, sheep and chickens with his wife.

The documentary The Last Milestone, recounting his journey towards completing a sub-two-hour marathon in Vienna, Austria in the Ineos 1:59 challenge two years ago, was released in June. Nicknamed ‘The Philosopher’ because of his love for reading and gaining knowledge, Kipchoge has filled what downtime he has in Japan by poring over The Promised Land by Barack Obama.

He was already a world junior world record holder going into his Olympics debut in 2004 and finished third in the 5000m aged just 19.

Eleven first-place finishes across Commonwealth Games, Olympic and world competitions over his career have cemented Kipchoge’s status as the man to beat in long-distance running.

The Kenyan admits completing the sub-two-hour marathon has changed his life, but insists his psychological approach has remained the same throughout his career.

“Life has changed because I have inspired many people, but mentally I’ve never changed”, he said

“Any athlete can run under two hours in a normal race, provided you are ready for it then you can run. So I hope that there are a lot of possibilities for a world record holder to finish on one hour and 59 minutes in a normal race.

“A huge difference was that I was still young [at Athens 2004], that was my first Olympics ever. I was still fresh and new to the Games. I was running 5,000m then and now I’m running a marathon in Sapporo.”

When asked whether the race in Sapporo would be his last, Kipchoge said he was only focusing on winning gold for now.

“The end of my career will come automatically that’s for sure, that’s in front of my mind, but for now I still want to compete more,” he said.

“My mind is still focused on the Olympic Games but you’ll still see me around. I still want to go around the world and run, inspire people.”